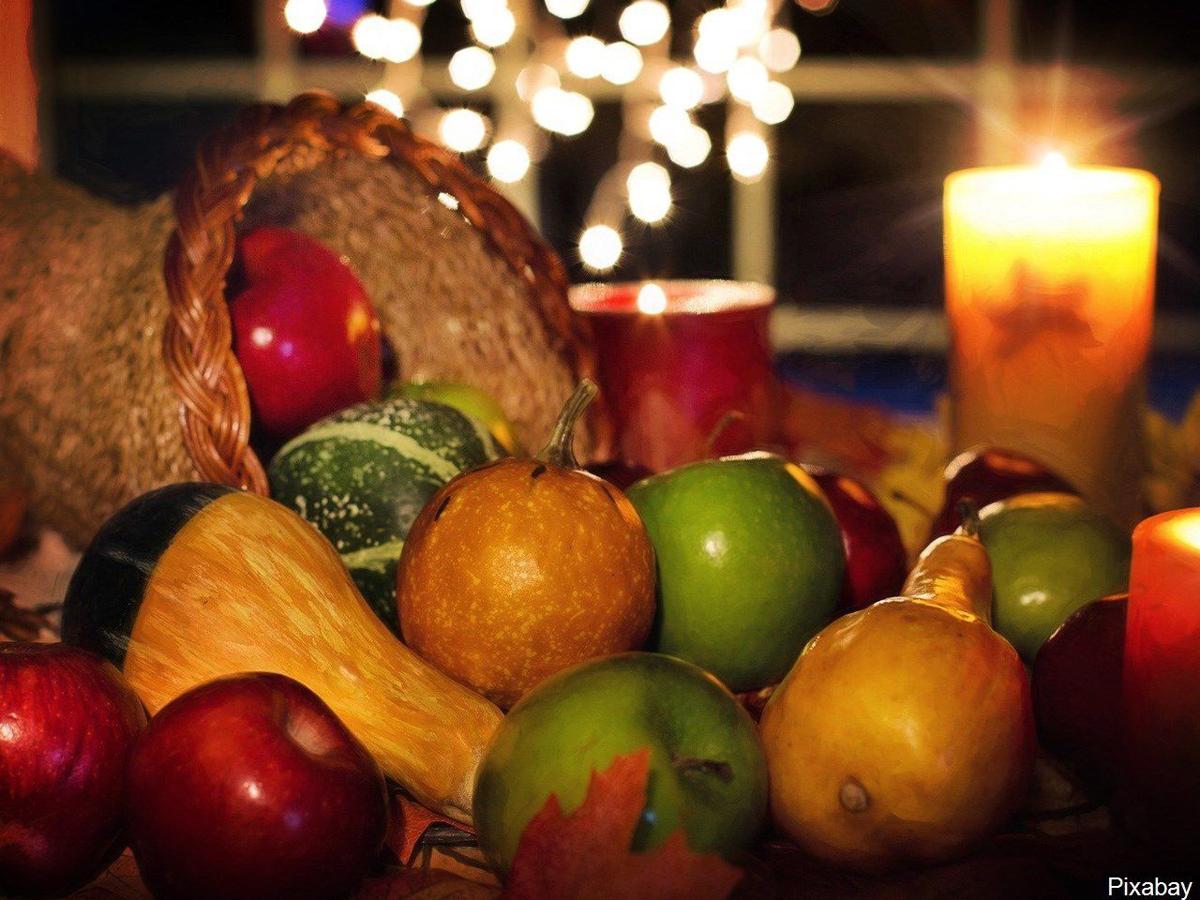 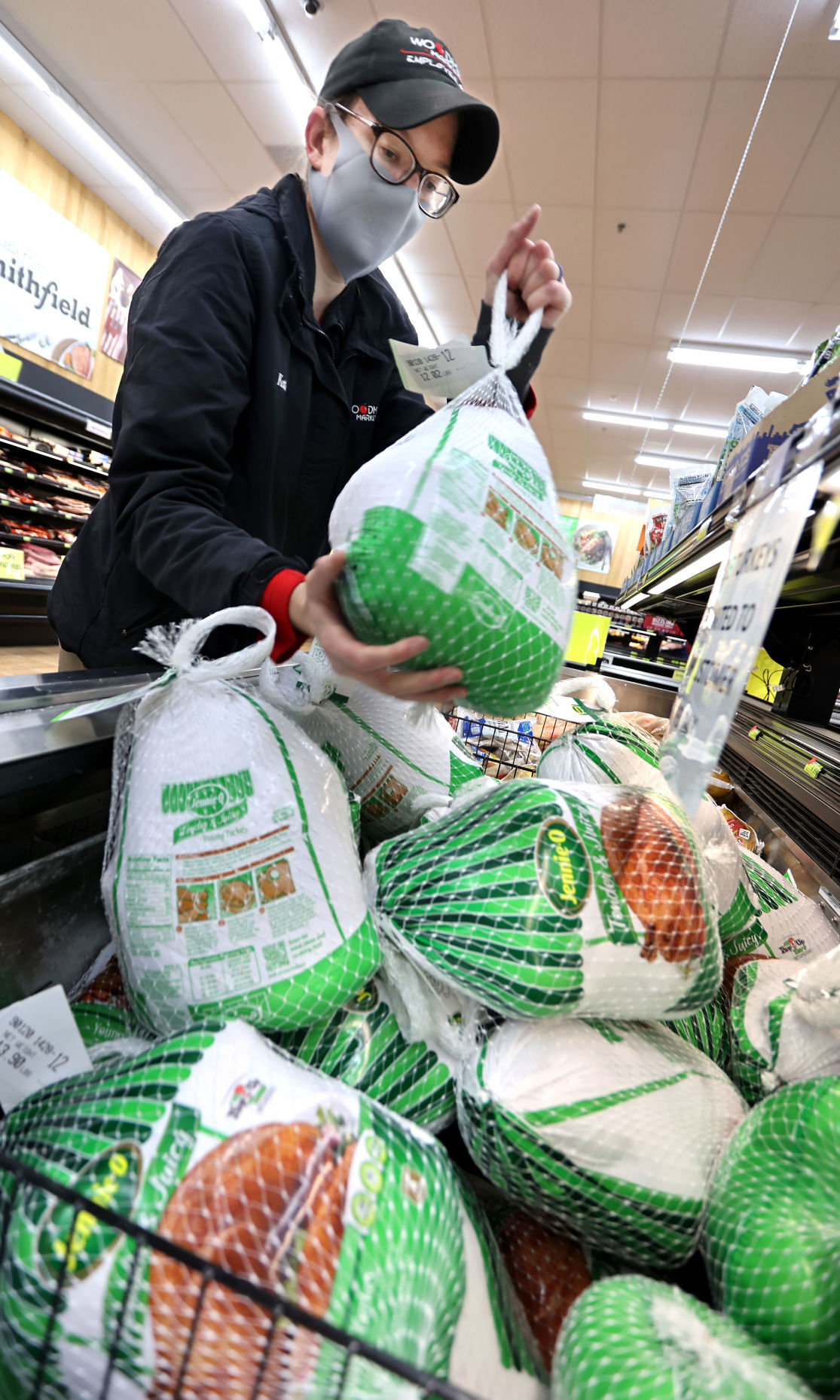 Woodman’s Markets employee Katie Lindloff stocks a freezer with turkeys Thursday at the Altoona store, where the Thanksgiving shopping rush already has begun. 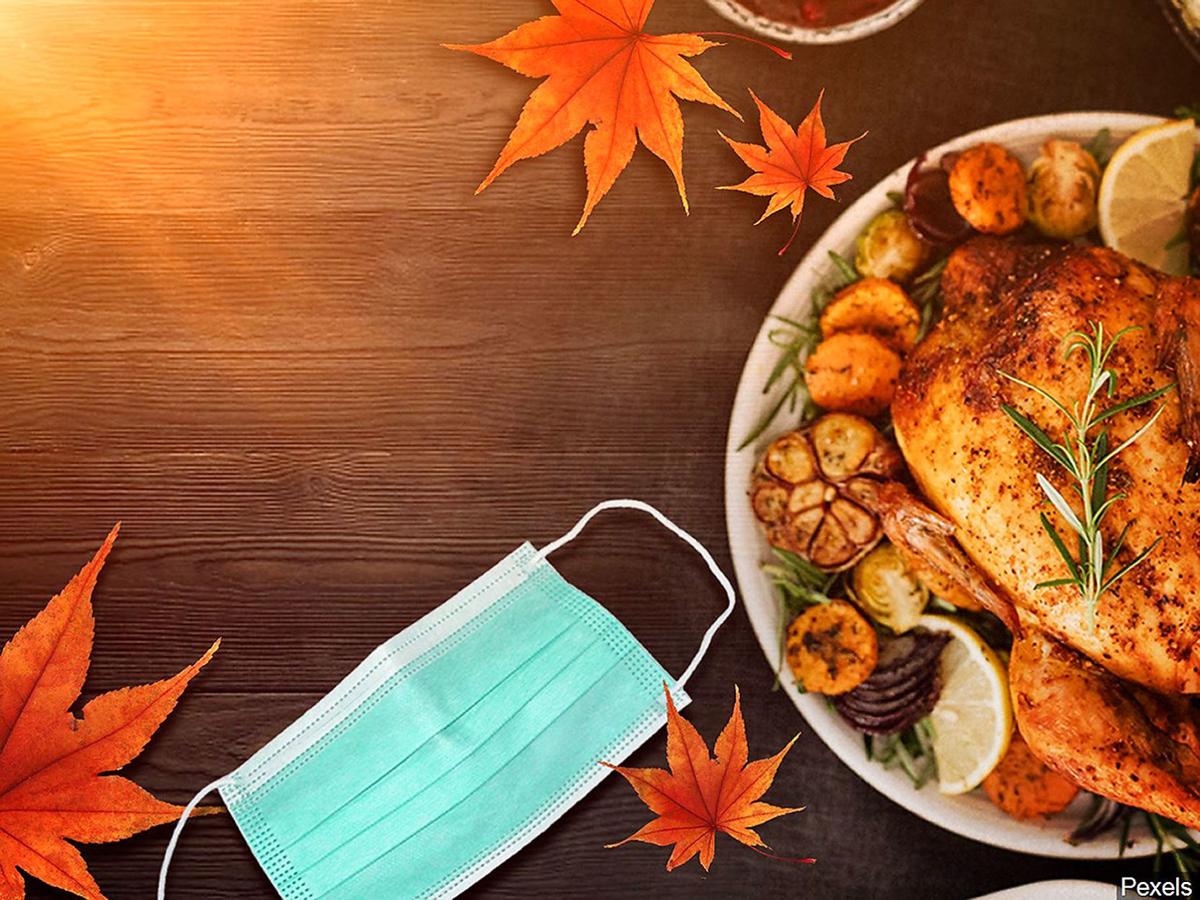 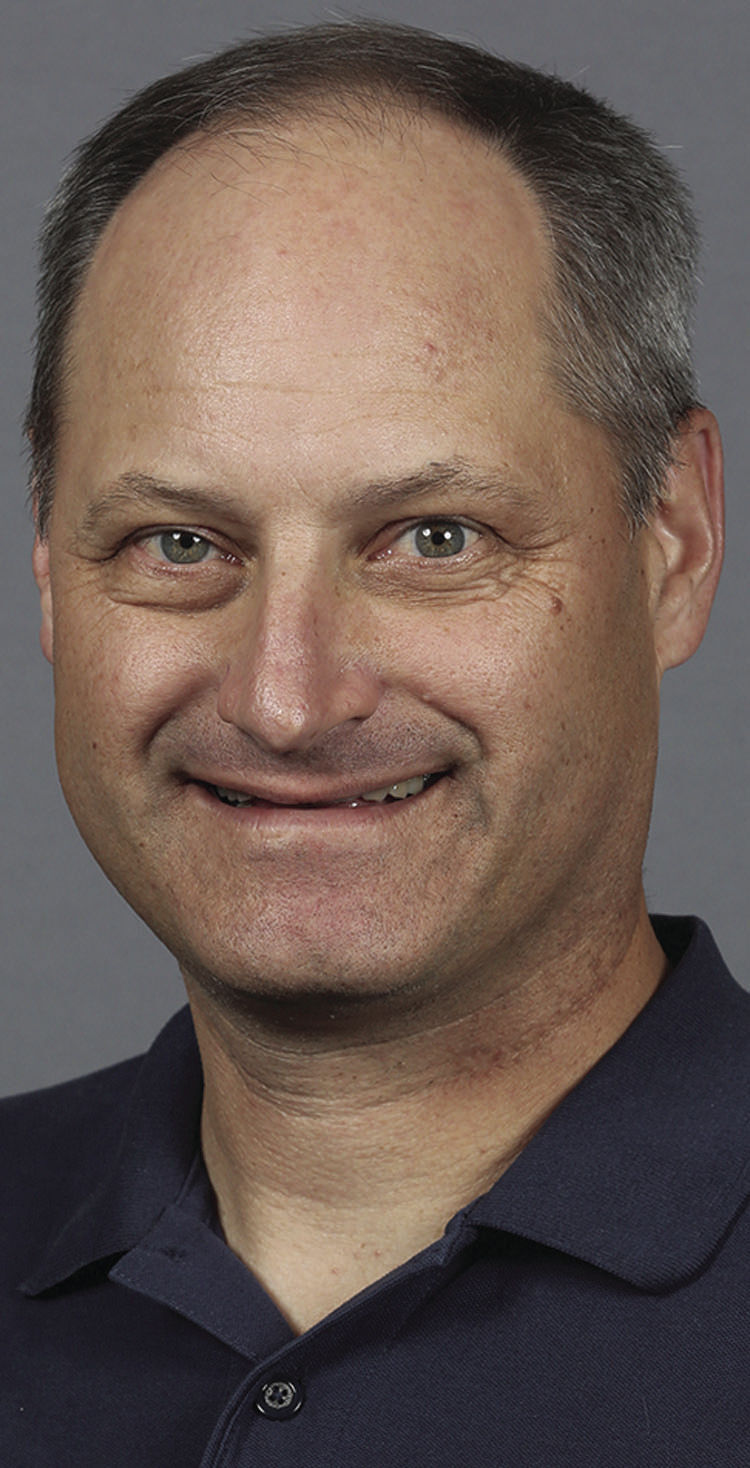 Woodman’s Markets employee Katie Lindloff stocks a freezer with turkeys Thursday at the Altoona store, where the Thanksgiving shopping rush already has begun.

EAU CLAIRE — In a normal year, Ted Theyerl would be looking forward to a large family gathering Thursday to celebrate Thanksgiving.

The treasured annual tradition would involve traveling to southeastern Wisconsin to share a Thanksgiving feast with about 30 relatives.

But this year, of course, is anything but normal, with the COVID-19 pandemic raging through Wisconsin and much of the nation.

As a result, Theyerl will be following the advice of public health officials by forgoing the journey to visit his elderly parents and in-laws and instead celebrating the holiday with his immediate family at their home in Altoona.

“It will be different,” Theyerl said. “But we just decided, with local hospitals at capacity and the area setting records for positive cases, that it wouldn’t be the right thing to do to travel to see our parents at Thanksgiving this year.”

However, the Theyerls may still have an extra guest, in the form of a laptop computer, when they sit down to enjoy the turkey breasts they bought for Thanksgiving dinner. Their goal is to have their parents eat at the same time so they can still share food and conversation — virtually.

In an effort to maintain family traditions, Theyerl plans to make his mother’s special acorn squash recipe and his wife, Denise, will whip up the riced potatoes that are a highlight of Thanksgiving dinners at her parents’ house.

The family’s approach is just what state and local public health officials have been advocating for the holiday, especially with the COVID-19 surge striking the Chippewa Valley and Wisconsin this November.

“I do feel very strongly this Thanksgiving that people should stick with their household unit and find different ways to connect with other family members,” Chippewa County Public Health Director Angela Weideman said.

“That’s really the safest way to do it right now.”

She isn’t even interested in diluting her message by offering suggestions to limit the risk for people who refuse to heed that guidance.

“We’re not at a place, as far as transmission rate, case counts, hospitalizations and death counts, where people should be gathering,” Weideman said. “The advice I’d give is to just stay home with your family unit.”

The situation will affect the personal lives of Weideman and her colleagues at the Public Health Department too.

Weideman plans to celebrate at home with her son and a cousin who lives with them. They will still have turkey, potatoes and cranberries and plan to video chat with relatives via Zoom.

While she acknowledged it makes her sad not to be able to gather with relatives from a dozen households as usual this Thanksgiving, Weideman said it’s a sacrifice worth making to protect her elderly grandparents and ensure nobody has to feel guilty about inadvertently exposing a loved one to a virus that has killed 2,876 people statewide and 43 in Chippewa County.

“We’re losing families and friends because people are not willing to give up something that is unsafe,” Weideman said. “Hopefully we’ll all get through this and have a day when we can all get together and celebrate as a family again. This is not going to last forever.”

Eau Claire City-County Health Department Director Lieske Giese is preaching the same message — guidance that is also echoed by officials from the Wisconsin Department of Health Services and the U.S. Centers for Disease Control and Prevention, which recently recommended that folks don’t travel at all for Thanksgiving.

While Giese knows it will be difficult for people to skip their holiday traditions, she strongly recommends that local residents plan a different Thanksgiving this year to protect loved ones from the highly contagious virus.

Giese plans to follow the advice she is giving the community by celebrating only with her immediate family.

“Usually my Thanksgiving includes my large extended family, my brother, sister, mom, extended adopted family members. We share who prepares the food, we share a lot of laughter and a lot of connection at that Thanksgiving celebration,” she said. “We’re not doing that this year. A number of months ago we toyed with the idea that we could do it outside — find a way to protect those vulnerable people in my family by keeping distance and still eating together. We’re not doing that.

“The disease surge is too great. We’re not gathering. I’ll be making sure, even though my mom and sister live in Eau Claire, that we’re Zooming with them while we eat our meal. That’s going to be hard, but I’m hoping my family, like your family, will be able to find something that we’re laughing about next year when we talk about this Thanksgiving.”

People who absolutely must attend a gathering should quarantine for 14 days before and after the event and consider getting tested beforehand, Giese said, cautioning that those steps reduce risk but aren’t foolproof.

The decision to follow public health guidelines for Thanksgiving wasn’t difficult for Breana Stanley of Eau Claire, as she has had a number of relatives test positive for the virus recently.

“My mother tested positive for COVID earlier this week and is quarantining and my sister-in-law and family are also positive and quarantining, so we won’t be doing anything with that side of the family,” Stanley said.

With her husband deer hunting and other family members potentially at high risk of complications from COVID-19, Stanley plans a simple Thanksgiving dinner (turkey breast, potatoes and corn) just for her and her two children, 4 and 2, followed by some crafts and a video chat with her mom.

Charlie Grossklaus, the retired president of Royal Credit Union, is disappointed he has to miss Thanksgiving with family members in the Chippewa Valley, but has formulated an appealing alternative plan that he believes should be safe.

Grossklaus and his wife are planning to drive to their winter home in Naples, Florida, in time to celebrate Thanksgiving with other Eau Claire friends — in a socially distanced manner — on one of the city’s Gulf of Mexico beaches.

“We’ll pick up some turkey dinners from a local cafe, space ourselves out on the beach, maybe have a little wine and go for a walk,” he said. “Then we’ll watch the sunset.”

By contrast, the Theyerls aim to put an up-North spin on their scaled-down holiday festivities. They plan to drive to northern Wisconsin in hopes of finding enough snow to pursue a family passion — cross-country skiing — that just happens to be an activity made for social distancing.

The Theyerls have seen firsthand the discomfort and inconvenience that COVID-19 can cause, as their youngest son, Christian, a UW-La Crosse student, contracted the virus while visiting La Crosse in June.

Christian lost his sense of taste, endured a chronic cough and constant headaches, and was so fatigued he stayed in bed for several days. The family isolated him in his bedroom, leaving food outside the door and communicating via FaceTime. His condition was serious enough that his health care provider sent him a device to monitor the level of oxygen in his bloodstream.

Meanwhile, the rest of the family also had to quarantine for about three weeks to ensure they didn’t spread the virus.

“I saw what my son got, and I don’t want to be passing it along to other people,” Ted Theyerl said.

He views skipping the family’s usual Thanksgiving gathering as a way of showing respect for others.

“I’m hoping that if we all sacrifice a little this year we’ll be able to go back to our normal celebrations next year,” Theyerl said.

It’s a hope that is shared by many in this strange year.