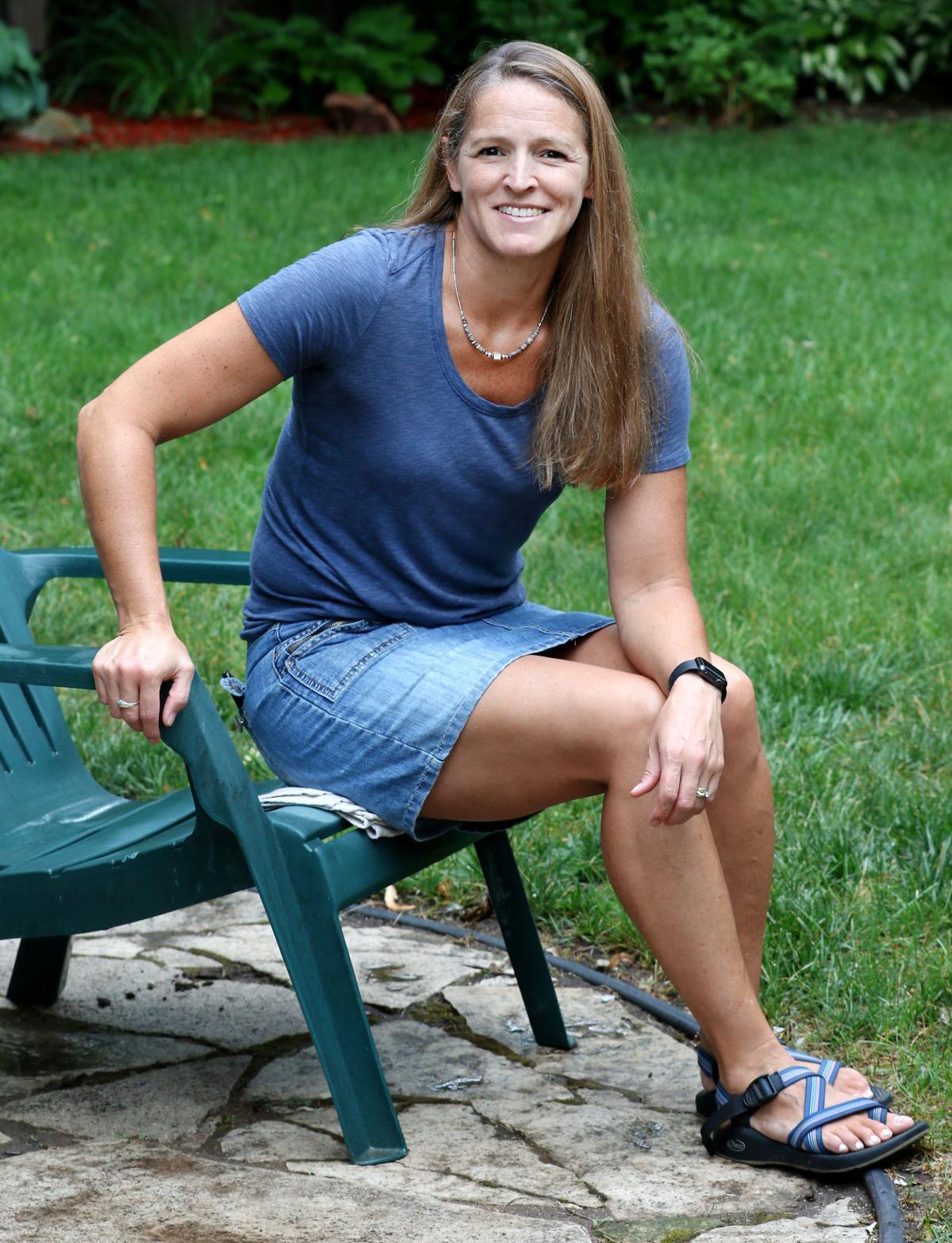 Maggie Kison of Eau Claire figures she contracted the new coronavirus from her daughter Ava, who was one of the first people in the Chippewa Valley diagnosed with COVID-19 this spring. Both have since recovered. View more photos at LeaderTelegramPhotos.com. 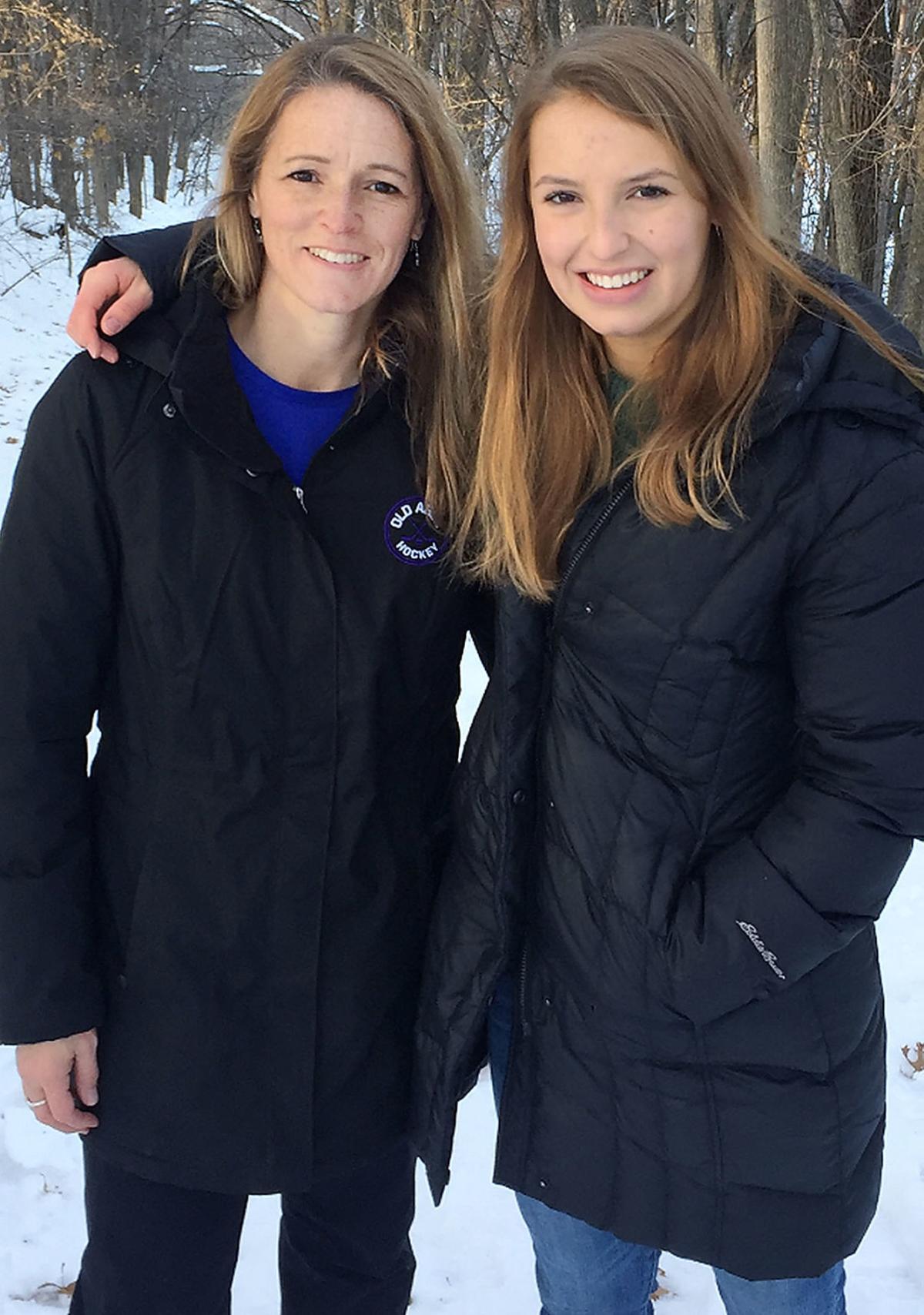 Maggie Kison, left, and her daughter Ava, both tested positive for COVID-19 in March and mostly recovered within a week. The family believes Ava contracted the coronavirus while attending college in New Hampshire and likely gave it to her mother. 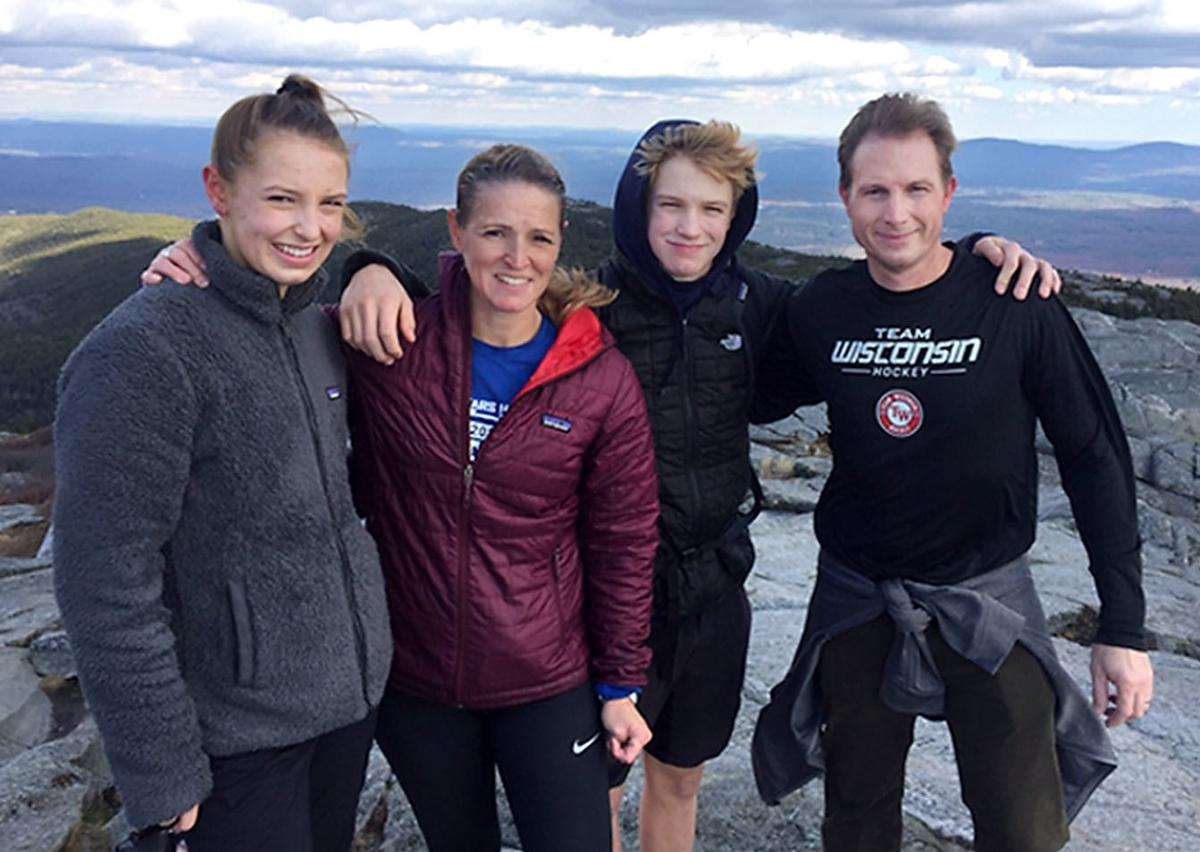 Maggie Kison, second from left, poses in October with her children, from left, Ava, Trevin and Coby at the top of Mount Monadnock in New Hampshire, where Ava plays hockey for Franklin Pierce University. Quarantines affected the whole family when Ava and Maggie were diagnosed with COVID-19 this spring.

Maggie Kison of Eau Claire figures she contracted the new coronavirus from her daughter Ava, who was one of the first people in the Chippewa Valley diagnosed with COVID-19 this spring. Both have since recovered. View more photos at LeaderTelegramPhotos.com.

Maggie Kison, left, and her daughter Ava, both tested positive for COVID-19 in March and mostly recovered within a week. The family believes Ava contracted the coronavirus while attending college in New Hampshire and likely gave it to her mother.

Maggie Kison, second from left, poses in October with her children, from left, Ava, Trevin and Coby at the top of Mount Monadnock in New Hampshire, where Ava plays hockey for Franklin Pierce University. Quarantines affected the whole family when Ava and Maggie were diagnosed with COVID-19 this spring.

People often relish the chance to be among the first to try the latest thing everyone is talking about.

Pandemics, however, are definitely an exception.

An Eau Claire family learned that the hard way when a mother and daughter became two of the first people in the Chippewa Valley to be diagnosed with COVID-19 this spring.

The unwanted journey began March 14 when Maggie Kison drove to the Twin Cities to pick up her daughter, Ava, who was arriving on a flight from Boston. Ava was on spring break from Franklin Pierce University in Rindge, N.H., and the family had a beach vacation planned in Fort Lauderdale, Fla., despite the looming threat of the coronavirus pandemic just beginning to strike the United States.

The family’s troubles began innocently enough with Ava, an NCAA Division 1 hockey player for Franklin Pierce, telling her mother she was tired. Not surprising after a morning of travel and coming just weeks after a long season that ended Feb. 22 with a five-overtime loss to St. Anselm in what was the longest game in the history of women’s college hockey.

Maggie, 47, and Ava, 19, still enjoyed a mother-daughter day of shopping before returning to Eau Claire.

The next day Ava reported she was still tired and now had a sore throat. She feared it could be her third bout of strep throat this year. By the afternoon, when Ava awoke from a nap, she was sweating, although she didn’t have a fever. Still, Maggie had her first inkling that her daughter might have COVID-19.

Maggie was out of the house on March 14 when Ava texted to say she had a fever of 102 degrees.

“I was like, ‘Oh my goodness. You’ve got to be kidding me,’ “ Maggie said, recalling her reaction before she called the family’s health care provider but was unable to reach anyone despite waiting on hold for about two hours. When Maggie got through the next morning, the medical team told her Ava needed a COVID-19 test but they didn’t have any. The providers called that afternoon to say they had acquired a test but still were establishing a procedure for testing.

Later the same day, an OakLeaf Clinics staff member called again and told the Kisons to drive to a special spot in the parking lot, roll down the window but stay in the car. When they did and were identified, Ava and Maggie were approached by staff suited up in protective gear.

“Ava was kind of creeped out by the whole thing,” Maggie recalled.

Once staff took a nasal swab, the Kisons had to wait — nervously — for eight days to get results that now likely would be available the first day.

In the meantime, the family canceled their vacation and was forced instead to spend their time off self-quarantined in their Eau Claire home. They fielded calls at least daily from public health officials seeking condition updates about Ava, who reported a constant headache and at one point slept almost three straight days.

“It’s scary,” Maggie said. “I was really worried about her. I checked on her a lot because I was afraid she could stop breathing while she was sleeping.”

Maggie recalled being glued to the TV and scouring the internet at that time in search of the latest updates on the coronavirus and any information she could find about symptoms.

By the time Ava finally received official word she tested positive for COVID-19, she already was feeling much better.

“When I found out I had Covid I was already recovered, so I was surprised to find out that I had it,” said Ava, who the family believes was one of the first, if not the first, patient from the Chippewa Valley to test positive.

Like Ava, Maggie said she had eye socket pain, chills and a band of headache across her forehead.

“It was not terrible pain, but nothing would stop it,” Maggie said of the headache. “It was just there all the time.”

However, Maggie was spared the loss of her sense of taste and smell — symptoms that plagued Ava.

When staff asked Maggie if she had been exposed to anyone who had tested positive, she pointed her thumb at Ava, who was driving. After Maggie’s nasal swab, she got her positive test result the next day.

The worst of Maggie’s symptoms lasted five or six days, or a day or two longer than Ava endured.

“For some, cases have lasted six weeks or more, and some people have long-term effects we’re still seeing,” Giese said.

Maggie and Ava account for two of the 151 people in Eau Claire County who as of Friday had been diagnosed with COVID-19.

With each new development, other family members, including Maggie’s husband, Vince, and their two sons, Trevin, 17, and Coby, 21, had to start a new 14-day quarantine cycle.

“I was mainly worried about my family’s health,” Trevin said. “I was also really worried about the fact that I haven’t seen my friends in a few months with the multiple quarantines the health officials gave me. It really bothered me when all the guys were hanging out and I was just stuck inside for around two months.”

While she was still sick, Maggie, an avid runner who has completed two dozen marathons, said she jogged a couple times on a treadmill and on a tiny course around her yard, but found it left her exhausted and sweating profusely.

Weeks after she had recovered, Maggie said she went running and felt a burning sensation in her lungs — the only symptom she has noticed since late April — but remains hopeful she didn’t suffer long-term lung damage.

Still, based on her family’s experience, Maggie concluded, “It’s not the worst illness you could ever get, but it’s the unknown and panic associated with it that make it such a big deal.”

She looks forward to a time when enough people have had the virus that some protection comes from herd immunity, which occurs when a large portion of a community becomes immune to a disease, making its spread from person to person unlikely.

While herd immunity, boosted by development of a vaccine, may offer protection for the population, Giese cautioned that healthy individuals still can spread disease to people at high risk of complications.

“We are one contact away from a grandparent, a beloved person battling a disease that marks them immunocompromised,” Giese said. “Even if we’re healthy, if we have mild symptoms and we’re not protecting others, we’re risking people who otherwise shouldn’t be negatively impacted.”

In addition, much remains unknown about the virus and how to protect people, she said.

“While it conceptually might make sense to people that for fairly healthy people getting the disease won’t be a burden, we don’t know what the full impact of the disease is,” Giese said. “What we’ve seen from other countries and states is some health care systems can be overwhelmed very quickly. We’re seeing that now in some Rust Belt states.”

In Wisconsin alone, healthy people have been hospitalized with COVID-19 and six individuals in their 20s and eight in their 30s have died, she noted.

Maggie was the first recovered COVID-19 patient to donate plasma, a process that took nearly 2½ hours, at the Eau Claire Red Cross Donor Center. The plasma is used to treat seriously ill patients in their attempt to overcome the virus, and Gov. Tony Evers has promoted such donations.

“I thought if there was something I could do to save a life, why wouldn’t I,” Maggie said. “I felt it was the right thing to do.”

Plasma treatment appears helpful in some situations, said Giese, who encouraged people who have been recovered from COVID-19 for at least two weeks to consider donating plasma.

Through it all, the Kisons inadvertently got a firsthand view of a pandemic that has rocked the entire world by killing more than 450,000 people and producing more than 8.5 million positive tests since it was first detected late last year.

The family is thankful for the caring, helpful Health Department nurse who patiently answered their questions throughout the process and for friends and family who checked on them, prayed for them and dropped off food during their quarantine, but they also have seen the other end of the spectrum.

“It’s weird because some people look at you differently because they know you had the virus,” said Maggie, who believes she presents less risk as a recovered patient than most folks on the street.

Looking forward, the Kisons, now all feeling healthy, are confident they have put this unsettling chapter of their lives behind them.

That’s especially important for Ava, the former all-Big Rivers player for the Eau Claire Stars who is now a college athlete. With the recent opening of the Chippewa Area Ice Arena, Ava was able to start skating again — after her longest break from the ice since she was 4 years old — in addition to her normal fitness training.

“The only lingering effect of Covid is that my sense of smell isn’t fully there,” Ava said. “Otherwise I’m fully recovered. I’m able to do everything I could do before without any trouble.”