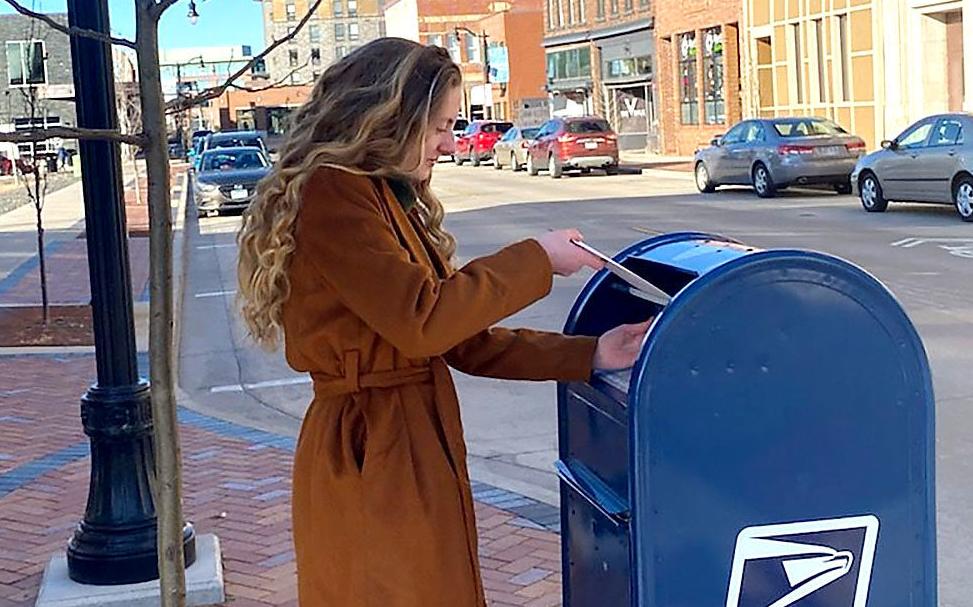 Madyson DeHusson drops a letter into a mailbox in Eau Claire. Jehovah’s Witnesses across the nation moved to letter-writing and phone-calling instead of door-to-door evangelizing when the organization suspended door-knocking in March due to the COVID-19 pandemic. 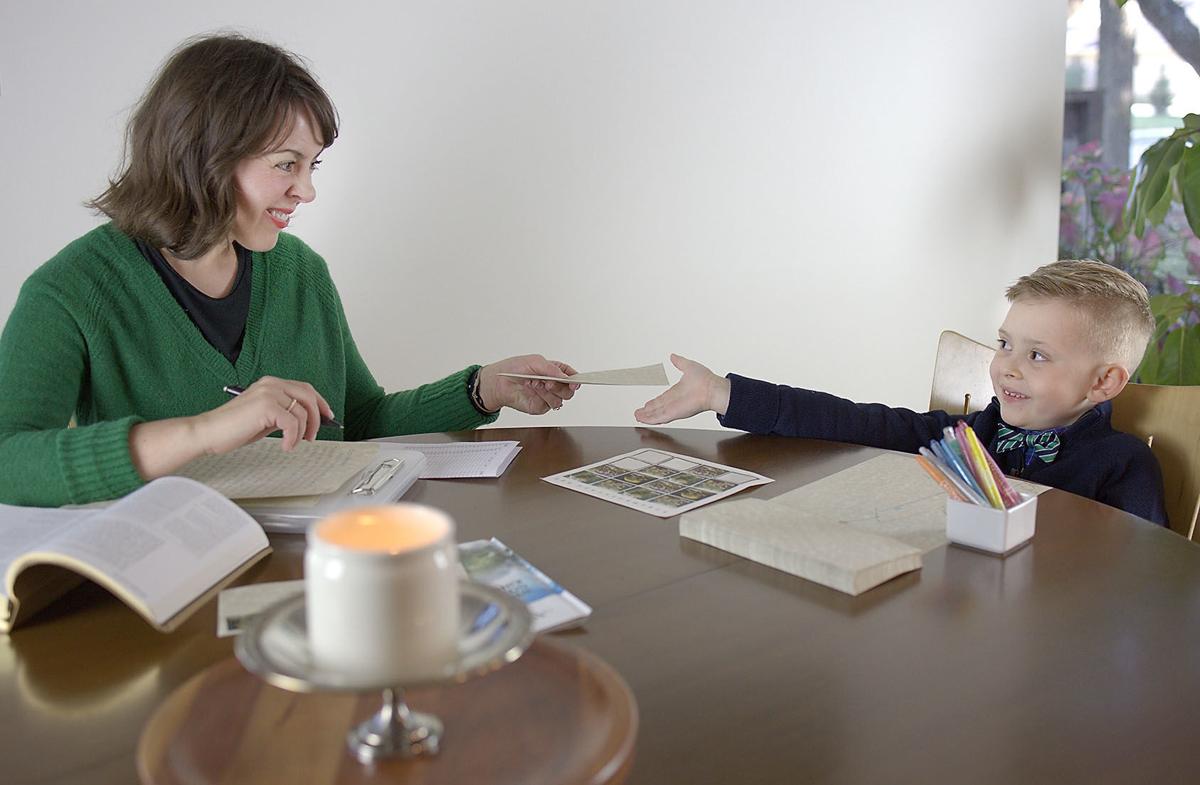 Mandee Reid and her son, Charles Reid, of Kansas City, Mo., like Jehovah's Witnesses across the country, were affected when the organization closed in-person congregational meetings and suspended door-to-door evangelization ministry.

Madyson DeHusson drops a letter into a mailbox in Eau Claire. Jehovah’s Witnesses across the nation moved to letter-writing and phone-calling instead of door-to-door evangelizing when the organization suspended door-knocking in March due to the COVID-19 pandemic.

Mandee Reid and her son, Charles Reid, of Kansas City, Mo., like Jehovah's Witnesses across the country, were affected when the organization closed in-person congregational meetings and suspended door-to-door evangelization ministry.

An elder in the Eau Claire Jehovah’s Witnesses congregation, Zimmerman’s faith is deeply tied to the religion’s longstanding tradition of door-to-door evangelizing.

So when the COVID-19 pandemic hit Wisconsin in March, it was a tough shift for Zimmerman, his wife and the Eau Claire congregation, he said.

Even in Eau Claire, the roughly 150-person congregation felt their weekly routine shift.

Instead of knocking on doors, Zimmerman began writing letters and picking up the phone to call people in the community. His Eau Claire congregation began meeting over Zoom.

“It definitely was a shift in our ministry. But nonetheless, it’s been very rewarding,” Zimmerman said.

Phone evangelizing and letter-writing bring their own challenges, however.

“The problem with letter-writing and phone witnessing is you have the fear of being lumped in with telemarketers and folks who have less than altruistic motives,” Zimmerman said. “We’ve taken a lot of effort to hand-write letters. When we do telephone ministry, we use our home phone number so people can see it’s a local phone call.”

As the pandemic worsened this fall, the church hasn’t set a date to return to knocking on doors to talk with people about their faith — a tradition that’s deeply entrenched in Jehovah’s Witnesses’ beliefs.

“It was a complete, across-the-board change in everything we do,” Hendriks said.

While the pandemic has driven people indoors, attendance is increasing at virtual Jehovah’s Witnesses meetings, both in Eau Claire and across the nation, Hendriks and Zimmerman said.

“A good portion of the increase has been individuals that have some contact with Jehovah’s Witnesses in the past and have rekindled that relationship,” Zimmerman added.

Across the nation, Jehovah’s Witnesses are writing letters, holding virtual Bible studies and calling people instead of talking in person, Hendriks said.

Many people assume that cold-calling someone is easier than knocking on their door, Hendriks said, but he doesn’t think that’s the case.

“You’d think a passive form of the ministry is so much easier. But it was such a shift for us,” he said. “I have no fear of going to doors. I have the greatest fear of getting on the phone and calling someone. Some of these doors ... you have no idea what’s on the other side. But that’s just our way. It’s ingrained into us.”

After the pandemic subsides, Hendrik said he expects the church to shift into a hybrid form of ministry — a combination of door-to-door knocking and other methods.

“After eight months of doing this, the fear has melted away a bit,” he said.

Like thousands of churches across the world, 13,000 Jehovah’s Witnesses congregations in the U.S. stopped gathering in person in March.

“We’re a little shell-shocked by it, but we very quickly said, ‘It is what it is. Let’s see how this is going to work,’” Zimmerman said of the local congregation.

Zimmerman said he’s pleasantly surprised at how well the Eau Claire group has adapted to worshipping together over Zoom.

“It still today surprises me how productive our meetings are, how beneficial they are,” he said. “We of course miss seeing each other in person, but it’s been a wonderful thing being able to continue on with our meetings and our worship.”

When will the congregations resume door-knocking? There aren’t immediate plans to resume, Hendriks said, though they’re hopeful a successful COVID-19 vaccine next year will make gathering much safer.

“One thing we’ve learned over the last nine months is that this pandemic has taken so many different turns that it’s very hard to anticipate even what the next month looks like,” Hendriks said.