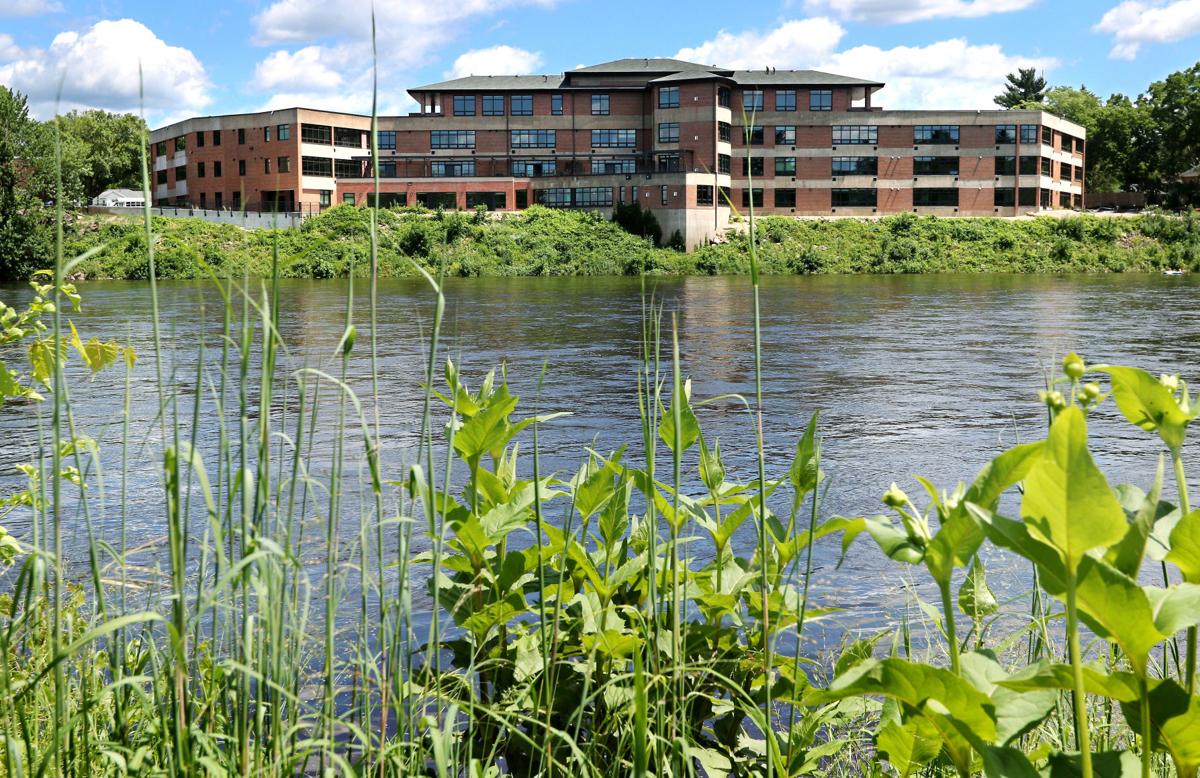 Work on The Guild, a rental housing project at the former Syverson Lutheran Home along the Chippewa River in downtown Eau Claire, helped contractor Market & Johnson keep employees busy during the business slowdown caused by the COVID-19 pandemic. Market & Johnson is one of thousands of Chippewa Valley companies that received federal Paycheck Protection Program loans this year. View more photos at LeaderTelegramPhotos.com. 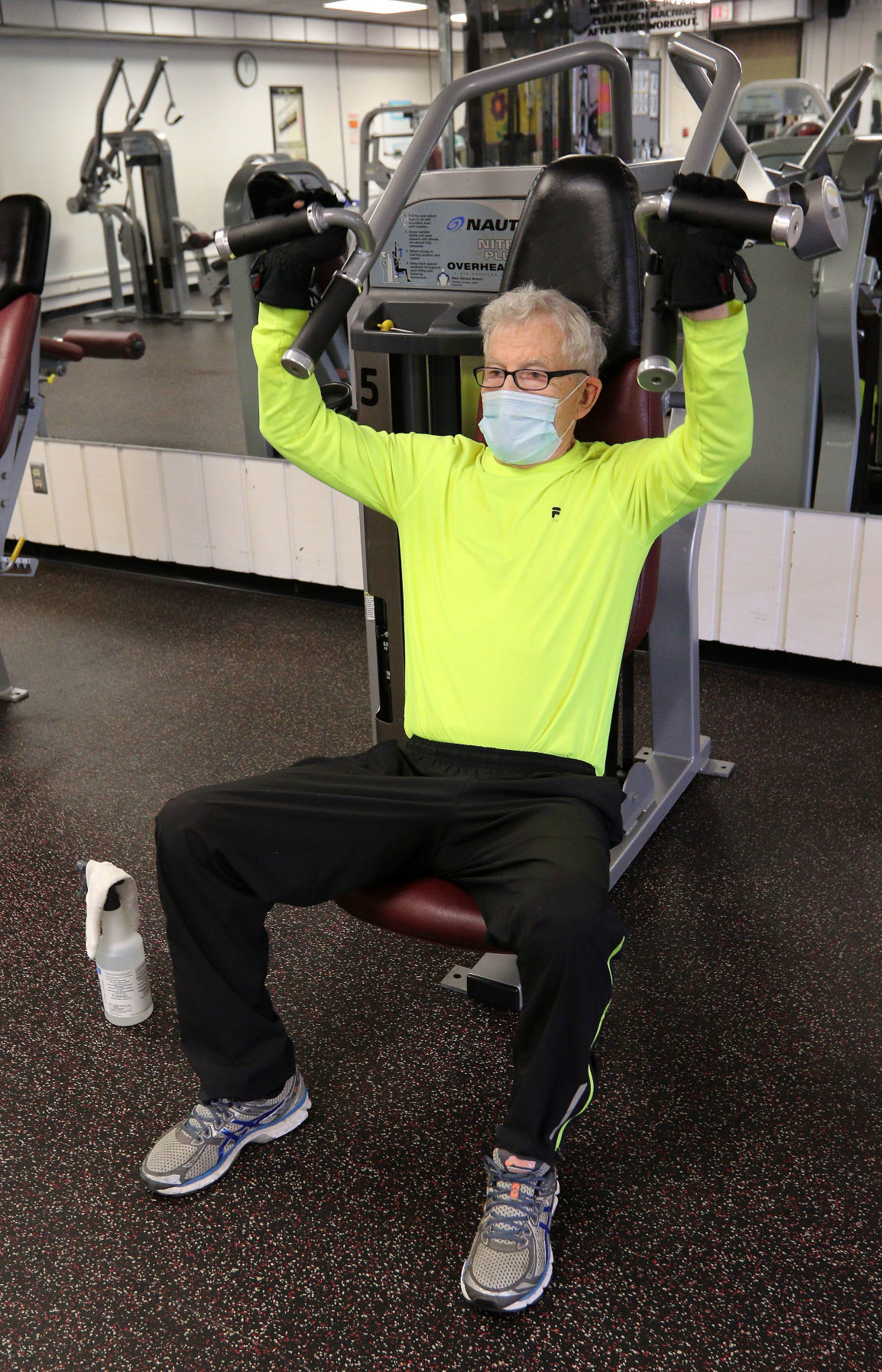 Dave Weiss, 89, of Eau Claire works out last week at the Eau Claire YMCA, where he has been a member since age 6. The YMCA of the Chippewa Valley received a Paycheck Protection Program loan of between $1 million and $2 million to help it retain employees during the COVID-19 pandemic. View more photos at LeaderTelegramPhotos.com. 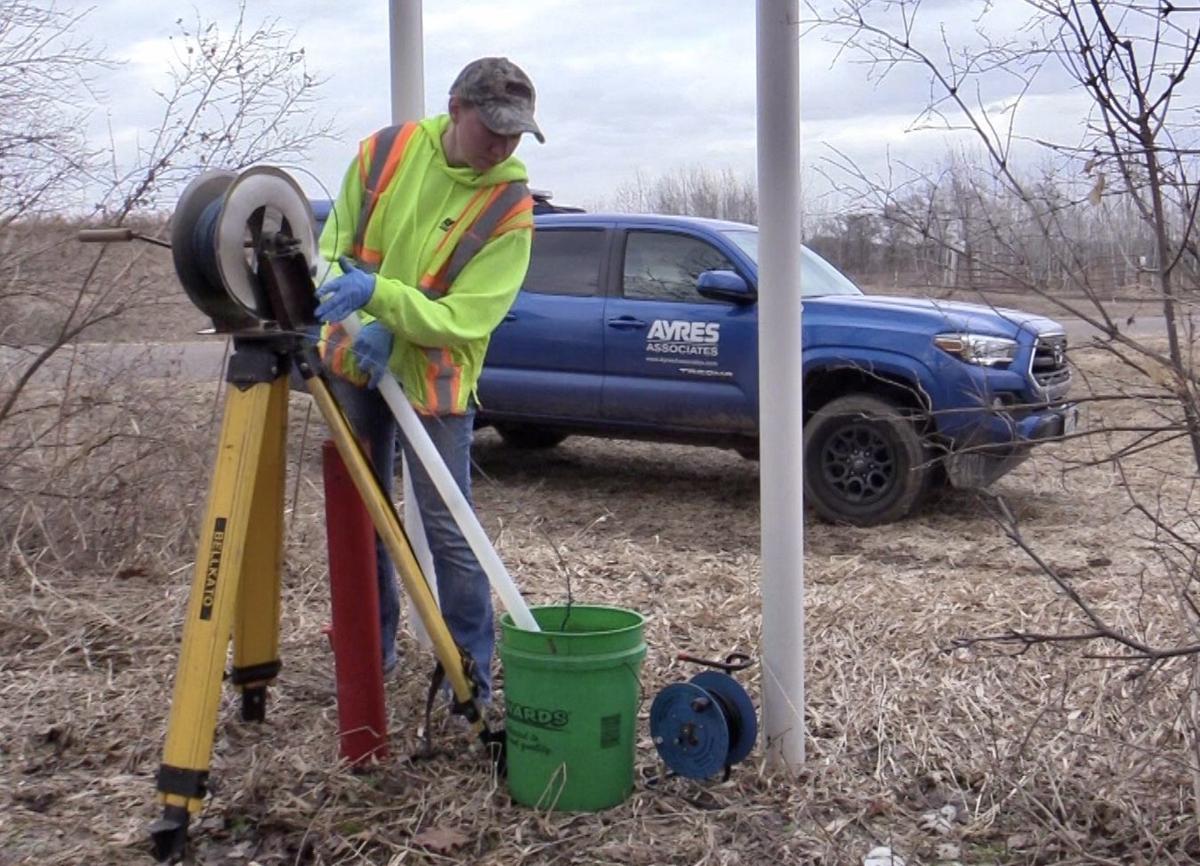 Work on The Guild, a rental housing project at the former Syverson Lutheran Home along the Chippewa River in downtown Eau Claire, helped contractor Market & Johnson keep employees busy during the business slowdown caused by the COVID-19 pandemic. Market & Johnson is one of thousands of Chippewa Valley companies that received federal Paycheck Protection Program loans this year. View more photos at LeaderTelegramPhotos.com.

Dave Weiss, 89, of Eau Claire works out last week at the Eau Claire YMCA, where he has been a member since age 6. The YMCA of the Chippewa Valley received a Paycheck Protection Program loan of between $1 million and $2 million to help it retain employees during the COVID-19 pandemic. View more photos at LeaderTelegramPhotos.com.

The U.S. Small Business Administration last week released the names of businesses that received PPP loans of more than $150,000.

The program was set up to blunt the economic damage caused by the COVID-19 pandemic. Specifically, PPP loans were intended to help minimize layoffs resulting from the loss of business associated with efforts to slow the spread of the new coronavirus.

“The PPP is providing much-needed relief to millions of American small businesses, supporting more than 51 million jobs and over 80% of all small-business employees, who are the drivers of economic growth in our country,” Treasury Secretary Steven Mnuchin said in a news release.

The loans can become grants if borrowers use the proceeds mostly to pay workers — with some spending allowed for rent, mortgage payments and overhead costs.

Recipients in the Chippewa Valley ranged from manufacturers and medical providers to nonprofits and retailers.

“We probably helped a couple hundred local businesses, mainly smaller ones, apply,” said Luke Kempen, director of the Small Business Development Center at UW-Eau Claire. “The PPP program allowed them to get the funding that they needed to continue on and keep people on the payroll so that when the economy opens up they are ready to go back to work.”

Kempen said the funding was critical, especially for smaller businesses that don’t have the reserves or access to lines of credit to help them survive a sustained economic downturn.

The federal government didn’t disclose exact loan amounts but only ranges for recipients of more than $150,000. An analysis by the Wisconsin Bankers Association shows that 12,355 Wisconsin companies received funding of more than $150,000, collecting a total of $7.3 billion, or 74% of the state’s PPP funding. Eau Claire ranked No. 7 among Wisconsin cities with 199 PPP loans.

The public may never know the identity of more than 80% of the nearly 5 million beneficiaries to date nationwide because the Trump administration has refused to release details on loans under $150,000. That secrecy spurred an open-records lawsuit by a group of news organizations, including The Associated Press.

The three largest recipients in the Chippewa Valley fell into the category of having received loans valued at between $5 million and $10 million. Those companies are Ayres Associates, Market & Johnson and Northland Restaurant Group, all of Eau Claire and all involved in business sectors hit hard by the pandemic.

“This aid was vital to our company and our employees,” Ommen said. “With some of our projects being canceled nationwide, this aid provided some certainty to our roughly 300 employee owners.”

The bottom line, he added, is that the PPP loan allowed Ayres to endure market interruptions without making drastic employee cutbacks. As a result, the company has been able to keep employment at about the same level as before the onset of the virus.

“PPP really helped us retain our staff so we’re ready when our clients give us notice they are ready to restart their projects,” Ommen said.

The story is similar for contractor Market & Johnson, which had a number of contracts canceled or delayed when clients lost sales or tax revenue as a result of the economic slowdown caused by COVID-19.

“I’ve been in this business for 33 years and gone through a couple up and downs and recessions, but this one is so unpredictable,” said Jerry Shea, president of Market & Johnson. “Saying it’s unprecedented is an understatement.”

In such an environment, having access to the PPP funds has been “extremely helpful,” Shea said, expressing gratitude that Democrats and Republicans were able to come together to hurriedly create the emergency funding program in March.

“It just helps give us some financial certainty as we do our planning going forward,” Shea said. “It’s nice to have that opportunity extended to us.”

Still, Market & Johnson’s revenue is down about 21% and its employment trimmed from about 475 a year ago to 370 today, and Shea doesn’t believe the construction industry has seen the bottom of the slump yet.

The company has kept workers busy on school projects around the region as well as its just-completed work transforming the former Syverson Lutheran Home into The Guild, an upscale apartment complex in downtown Eau Claire, but the backlog of projects is smaller than usual.

“I really don’t know where things are going to end up,” Shea said.

Representatives of Northland Restaurant Group and several other area companies that received loans totaling more than $1 million did not return messages seeking comment.

Grace Lutheran Communities CEO Raymond Weiss issued the following statement regarding the Eau Claire-based organization’s PPP loan valued at $2 million to $5 million: “As a nonprofit community organization we are grateful for the PPP funding as our operational costs to provide safe and healthy care conditions for our residents and staff has skyrocketed primarily due to the required PPE for our employees and regulatory guidelines we follow due to COVID-19. With this funding, we have invested in our employees, effectively keeping jobs in our community and securing our capacity to provide care for its people.”

In Chippewa Valley communities with ZIP codes beginning with 547, an area that includes Eau Claire, Chippewa Falls, Menomonie and Altoona, 4,255 companies received PPP loans, according to an analysis by the Small Business Development Center. About 88% of those, or 3,756 businesses, received a total $117.8 million in increments of less than $150,000.

The PPP, the centerpiece of the federal government’s plan to rescue an economy devastated by shutdowns and uncertainty, has been both popular and controversial.

Under the PPP, the government is backing $659 billion in low-interest loans written by banks. Taxpayer money will pay off the loans if borrowers use them for approved expenses. Companies typically must have fewer than 500 workers to qualify.

Demand was so great that a first infusion of $349 billion ran out in two weeks. Many Main Street businesses couldn’t navigate the application process rapidly enough to get one of those first loans before funding dried up. Meanwhile, several hundred companies traded on stock exchanges — hardly the image of a small business — received loans maxing out at $10 million each, causing a public backlash and leading dozens to return the money.

While the program has undoubtedly helped many western Wisconsin small businesses avoid layoffs, congressional Democrats have been frustrated trying to get data about about the program from the administration, said U.S. Rep. Ron Kind, D-La Crosse.

“We were legislating at the speed of light trying to avoid a collapse of the economy, and now we need full disclosure in case there are areas we need to tighten up or change,” Kind said.

The controversies, along with fluctuating rules, created anxiety among some Chippewa Valley small-business owners who worried that the government might seek repayment for some unanticipated reason down the road, Kempen said.

Congress added $310 billion to the program, but confusing, shifting and sometimes restrictive rules cooled interest. About $140 billion was unclaimed as the application deadline closed June 30. With money still available, Congress voted to extend the program just as it was expiring, setting a new deadline of Aug. 8.

“While the pandemic has greatly impacted our economy, in the true spirit of entrepreneurship, small businesses have shown they are resilient and stronger,” SBA Great Lakes regional administrator Rob Scott said in a news release. “With the Paycheck Protection Program Extension Act they now have an additional month to apply for and benefit from this forgivable loan program, giving them the financial relief they need to weather the pandemic and their employees some additional peace of mind that they will continue to get paid.”

The Associated Press contributed to this report.