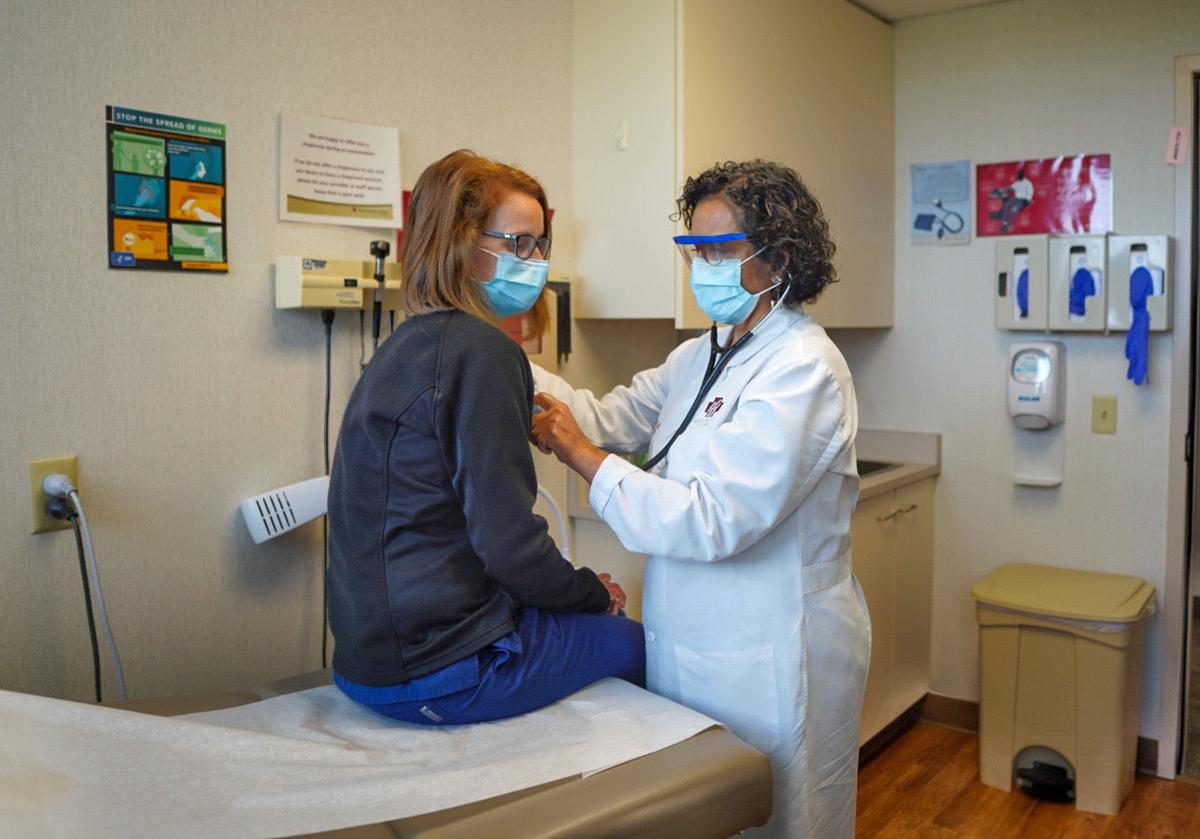 Dr. Martha Hidalgo, an internal medicine physician at Marshfield Medical Center-Eau Claire, examines a patient Thursday at the Eau Claire hospital. National studies indicate cancer screenings -- including those for common cancers like breast, colon and cervical -- have dropped off during the pandemic. Local doctors say it's safe for most patients to get those screenings this year. 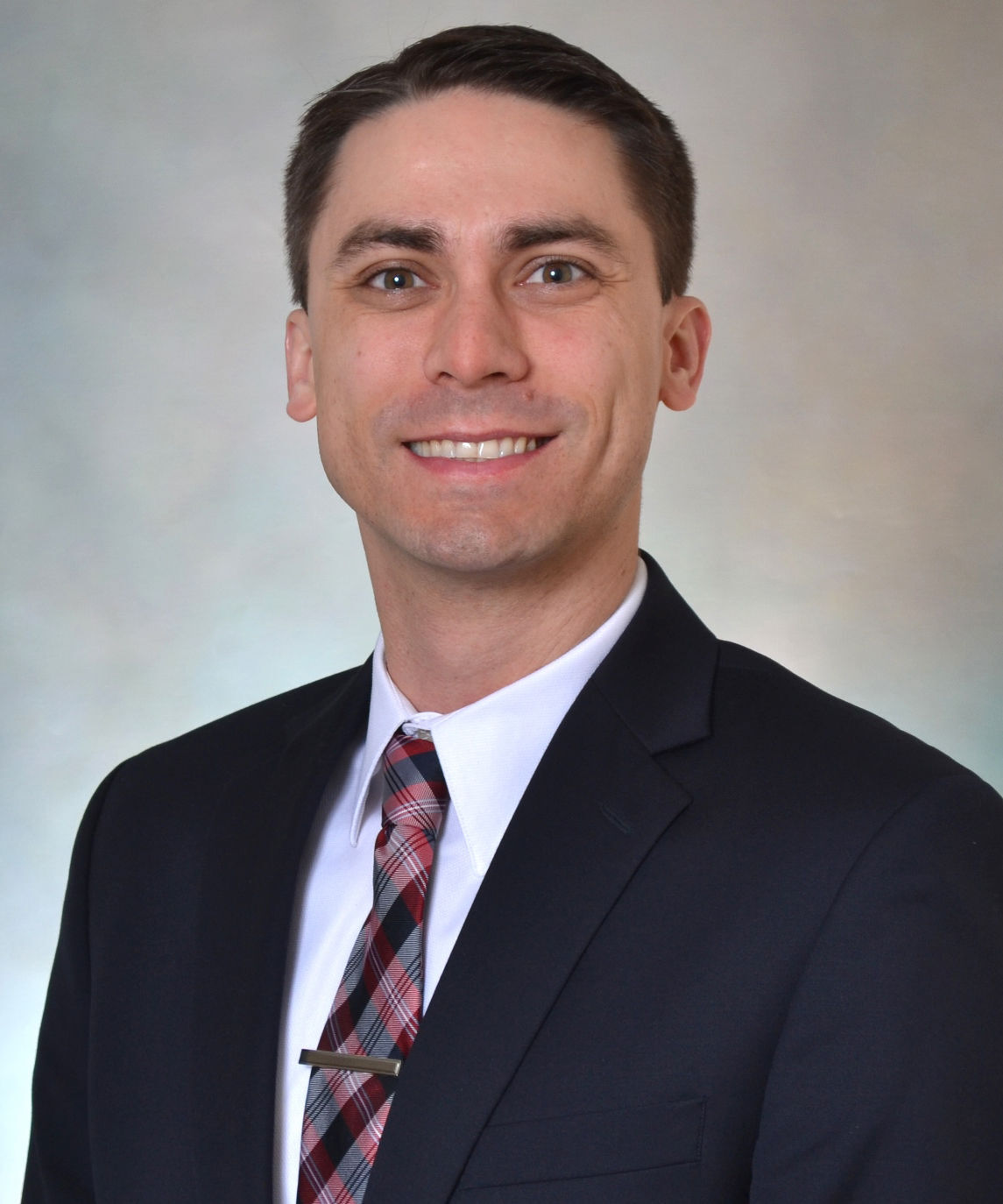 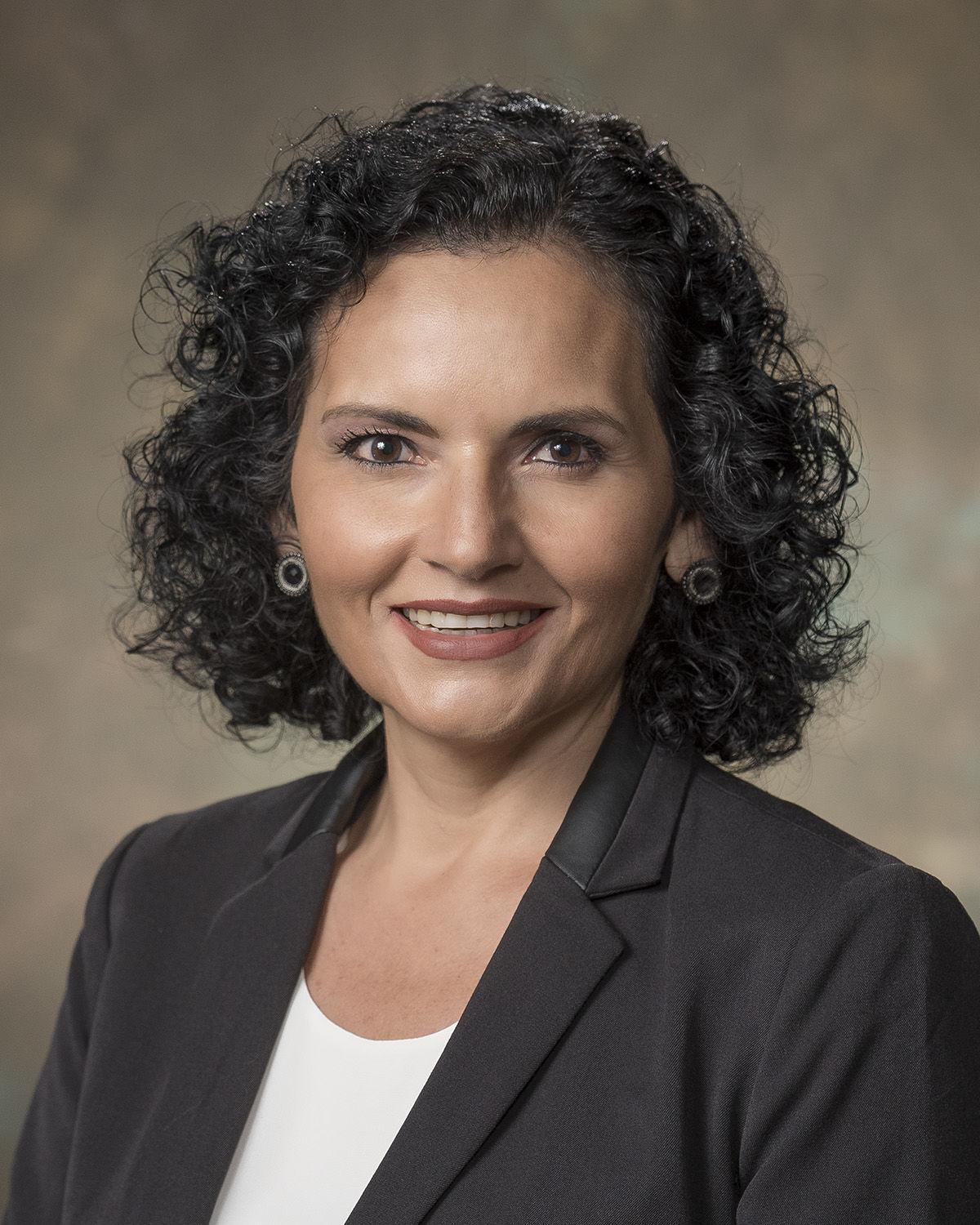 Dr. Martha Hidalgo, an internal medicine physician at Marshfield Medical Center-Eau Claire, examines a patient Thursday at the Eau Claire hospital. National studies indicate cancer screenings -- including those for common cancers like breast, colon and cervical -- have dropped off during the pandemic. Local doctors say it's safe for most patients to get those screenings this year.

EAU CLAIRE — Experts say there’s been a significant drop in cancer screenings and cancer diagnoses since the beginning of the COVID-19 pandemic.

But Chippewa Valley medical experts say it’s safe for most people to come back to hospitals for screenings — and say that skipping a yearly or scheduled cancer screening could have long-lasting consequences.

“This is an evolving situation, but at this moment we recommend continuing with screenings,” said Dr. Martha Hidalgo, internal medicine physician at Marshfield Medical Center-Eau Claire, adding that patients who are immunosuppressed or in a high-risk category for the virus should consult their doctors before in-person appointments.

In March and April, before the federal government had widely asked people to wear face coverings, hospitals across the country braced for an influx of COVID-19 patients and asked people to reschedule their non-emergency visits.

As a result, cancer screenings and cancer diagnoses dropped off, studies indicate.

Health insurance claims for mammograms, X-rays of the breast to look for early signs of breast cancer, went down by 87% between February and April, according to health data firm IQVIA Institute for Human Data Science. Claims for pap smears were down by 83%; claims for colonoscopies dropped by 90%.

“Hospitals and health systems cut back on those services, and initially didn’t recommend people come in for fear of big outbreaks,” Gugel said. “Thankfully, here in Eau Claire, we were able to manage patients that came in needing care for COVID-19, but we did say, let’s just put on the brakes for a minute and make sure that when we do bring people in, it’s a safe place for them to be.”

A report from Wisconsin-based medical software developer Epic drew a similar conclusion: Breast, colon and cervical cancer screenings dropped significantly in spring. People missed 285,000 breast cancer screenings alone in the U.S. between mid-March and late May, according to the Epic study.

“At this point it is difficult to accurately predict how COVID-19 will impact the trend of cancer diagnoses per se, but Mayo Clinic is dedicated to researching and answering exact questions like this,” Burns said in an email to the Leader-Telegram, adding that there are ongoing studies on the impact of COVID-19 on cancer care.

“At this point, it’s too early to tell,” Hidalgo said of COVID-19’s lasting impact on cancer diagnoses locally. “At the beginning of the pandemic there was a drop (in screenings), but also there has been a recovery after a few weeks ... we all have to be watchful and observe how (screenings) are going to be affected in the near future.”

Nationwide, cancer screening numbers have begun to recover as people come back for their annual physicals and screenings, but they haven’t quite rebounded to pre-pandemic levels.

Screenings began to rise again in June and July, Epic found, but as of June 16, “weekly volumes remained 29%, 36% and 35% lower than their pre-COVID-19 levels for breast, colon and cervical cancer screenings.”

“I feel confident the hospital has done everything they can to ensure we’re a safe place for people to come and receive care, so that we don’t, in six months to a year, have this influx of later-stage cancers,” Gugel said.

While some cancer screenings, like mammograms, colonoscopies and HPV screenings, need to happen in person, there are some limited telehealth options for eligible patients, Hidalgo said, specifically Cologuard, a stool DNA test for colon cancer.

It’s not just screenings: The number of cancer diagnoses in the U.S. also dwindled this spring and summer, studies indicate.

Experts warn that it doesn’t mean that cancer is impacting fewer people.

“...There is no reason to believe the actual incidence of cancer has dropped,” wrote Norman Sharpless, director of the National Cancer Institute, in a June editorial at the American Association for the Advancement of Science.

Sharpless added: “Cancers being missed now will still come to light eventually, but at a later stage (“upstaging”) and with worse prognoses.”

Chippewa Valley doctors are encouraging most, if not all, people to get their recommended cancer screenings this year, even if it means having to reschedule canceled spring appointments.

“Cancer screening has been proven to detect cancer early and prevent cancer related deaths for many types of cancers,” Burns said.

Burns noted that hospitals in the Chippewa Valley area are requiring masks, screening patients for COVID-19 symptoms and stepping up sanitizing and cleaning procedures

Gugel has a message for patients: Instead of just skipping your cancer screening this year, there’s still time to schedule one.

“I hope people will pursue getting it scheduled late, as opposed to not at all,” she said. “The sooner we can identify cancer, the easier it is to treat and cure. When cancer is identified later, the chance that it has spread is greater. It becomes harder to treat and cure.”