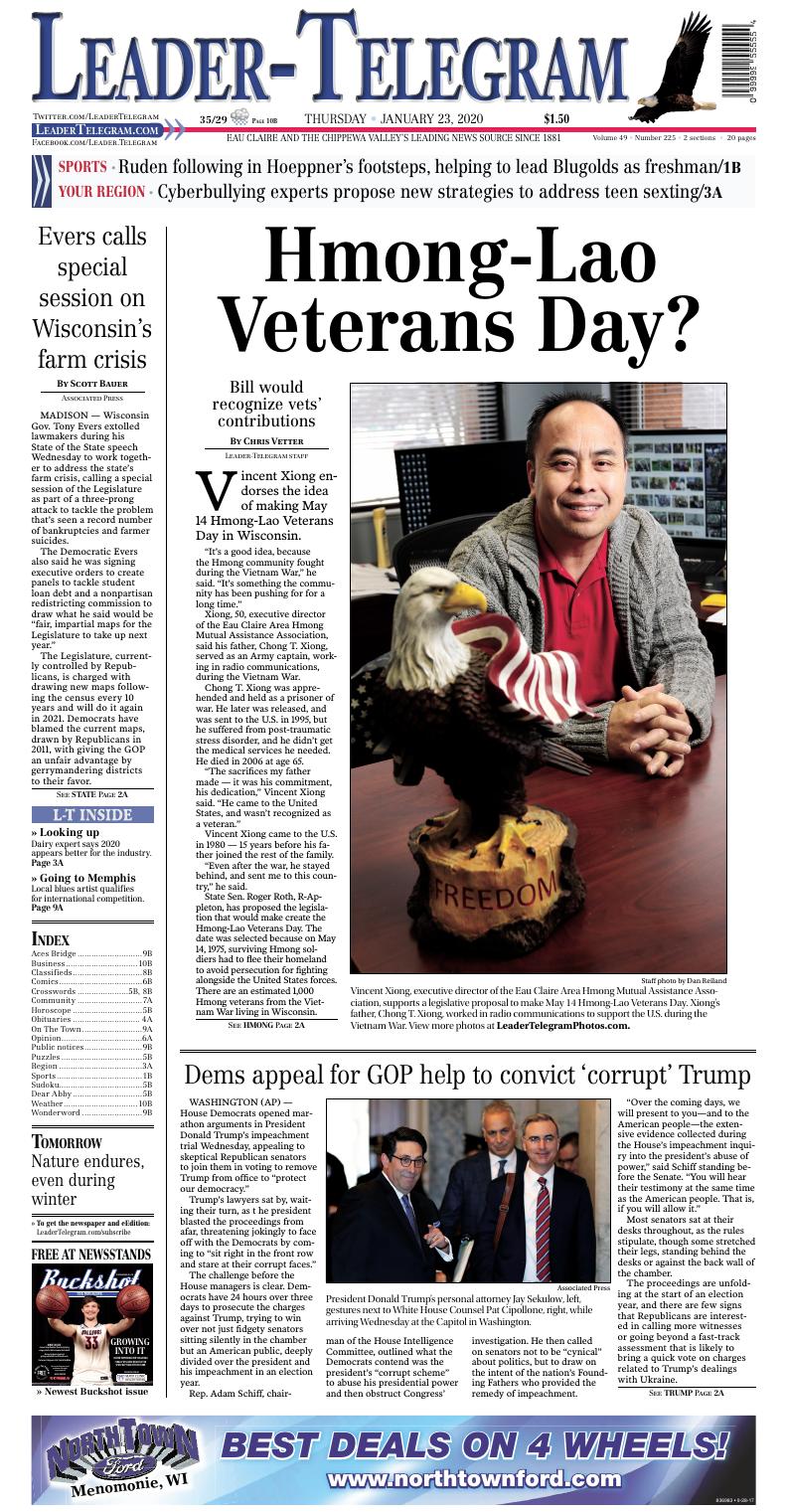 Vincent Xiong endorses the idea of making May 14 Hmong-Lao Veterans Day in Wisconsin.

“It’s a good idea, because the Hmong community fought during the Vietnam War,” he said. “It’s something the community has been pushing for for a long time.”

Chong T. Xiong was apprehended and held as a prisoner of war. He later was released, and was sent to the U.S. in 1995, but he suffered from post-traumatic stress disorder, and he didn’t get the medical services he needed. He died in 2006 at age 65.

“The sacrifices my father made — it was his commitment, his dedication,” Vincent Xiong said. “He came to the United States, and wasn’t recognized as a veteran.”

Vincent Xiong came to the U.S. in 1980 — 15 years before his father joined the rest of the family.

“Even after the war, he stayed behind, and sent me to this country,” he said.

State Sen. Roger Roth, R-Appleton, has proposed the legislation that would make create the Hmong-Lao Veterans Day. The date was selected because on May 14, 1975, surviving Hmong soldiers had to flee their homeland to avoid persecution for fighting alongside the United States forces. There are an estimated 1,000 Hmong veterans from the Vietnam War living in Wisconsin.

“The Hmong community is not recognized, and they aren’t getting the benefits that other veterans are receiving,” Xiong said. “They fought alongside U.S. soldiers, and thousands died.”

Xiong is already working on creating a memorial honoring area Hmong veterans that will eventually be placed in the Veterans Tribute Trail in Altoona.

Rep. Jodi Emerson, D-Eau Claire, said the legislation is a “great chance to honor them for their sacrifice that caused them to flee their homeland.”

“I am hoping that by creating this holiday, it gives our state a chance to talk about why our Hmong neighbors are here and help create a more welcoming environment not only for them but for all who are fleeing violence in their home countries,” Emerson said.

“I think it creates awareness of the sacrifices they’ve made, and what they’ve done for our country,” Summerfield said.

Sen. Kathy Bernier, R-Lake Hallie, isn’t sure if the proposal will gain traction this legislative session, but she endorsed the idea.

Roth officially introduced the bill last week, and he’s gathering co-sponsors now. His goal is to have hearings on it in February so it can gain approval before the session ends.

Roth, who comes from a military background, said Appleton has a large Hmong population, and many of the Hmong soldiers worked secretly, such as helping rescue U.S. airmen who were shot down.

“These people are citizens of our country now,” Roth said. “They are in our community, and people really don’t know why. They are honored veterans who fought side by side with the U.S.”

Roth noted that the remaining soldiers are now in their 70s or 80s.

“It’s important we do this now, more than ever,” he said.

Xiong said if the proposal passes, he isn’t sure how the Hmong community would celebrate the newly-created holiday.

“It’s something new for us,” he said. 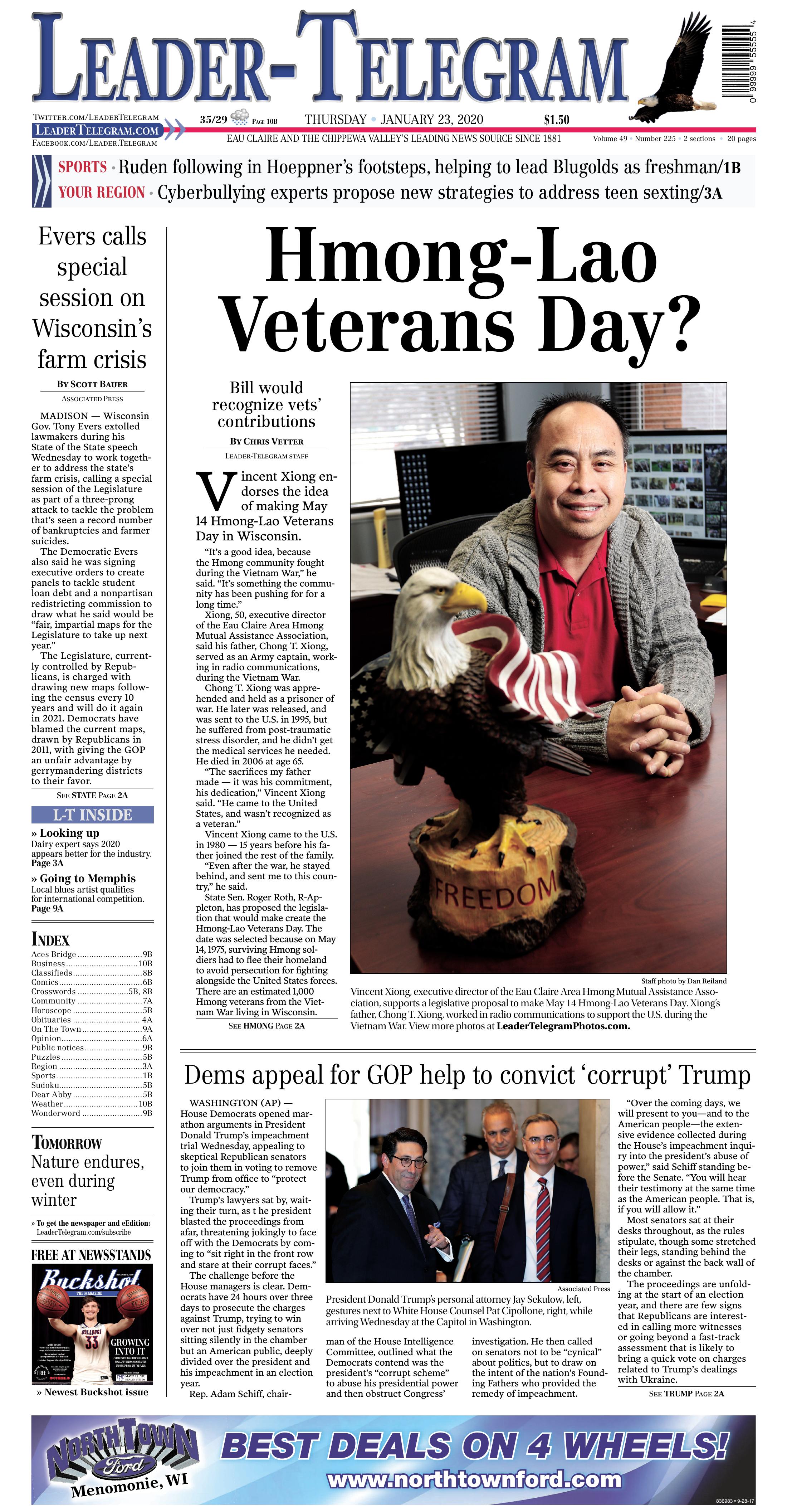