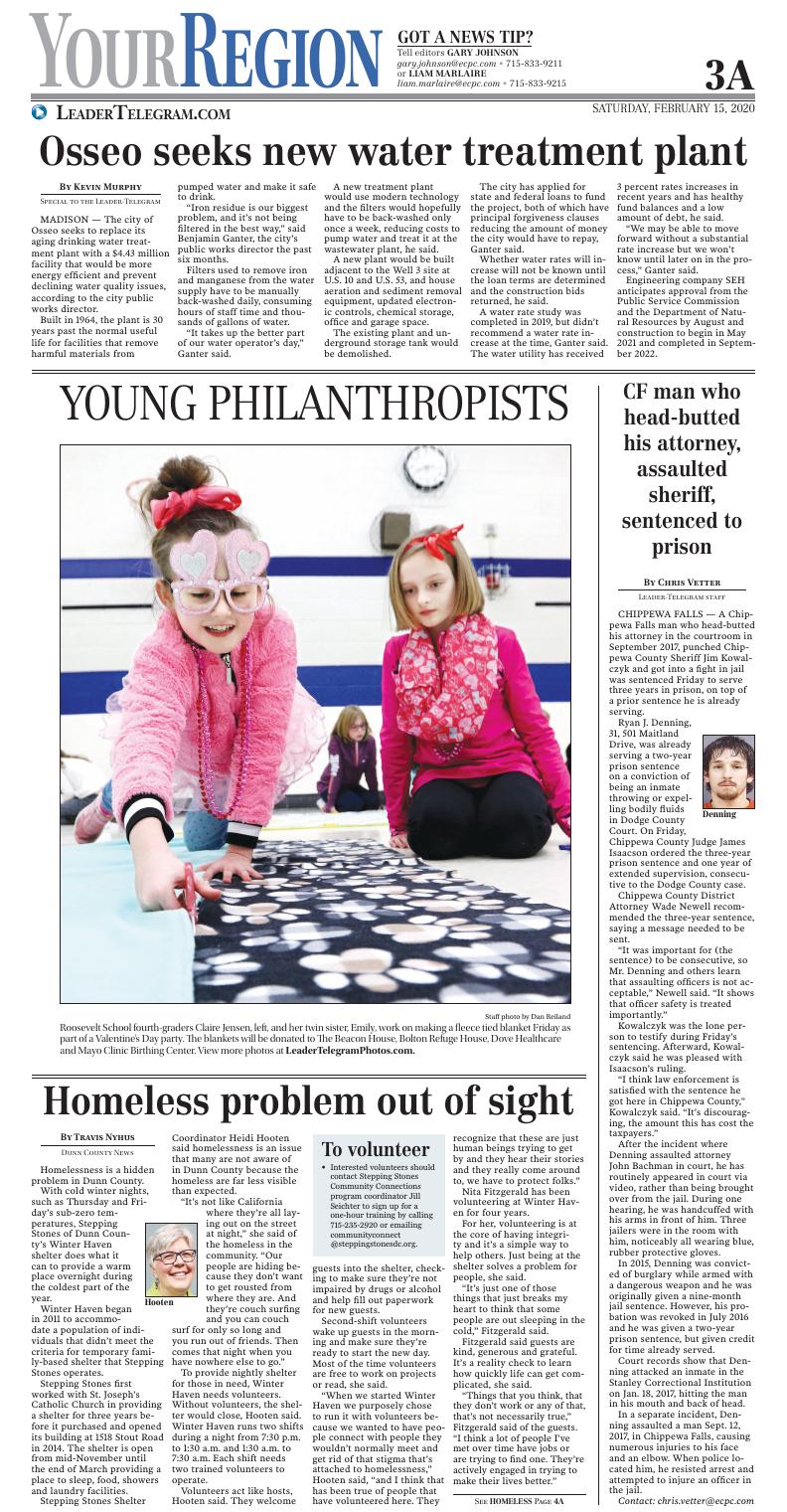 MADISON — The city of Osseo seeks to replace its aging drinking water treatment plant with a $4.43 million facility that would be more energy efficient and prevent declining water quality issues, according to the city public works director.

Built in 1964, the plant is 30 years past the normal useful life for facilities that remove harmful materials from pumped water and make it safe to drink.

“Iron residue is our biggest problem, and it’s not being filtered in the best way,” said Benjamin Ganter, the city’s public works director the past six months.

Filters used to remove iron and manganese from the water supply have to be manually back-washed daily, consuming hours of staff time and thousands of gallons of water.

“It takes up the better part of our water operator’s day,” Ganter said.

A new treatment plant would use modern technology and the filters would hopefully have to be back-washed only once a week, reducing costs to pump water and treat it at the wastewater plant, he said.

A new plant would be built adjacent to the Well 3 site at U.S. 10 and U.S. 53, and house aeration and sediment removal equipment, updated electronic controls, chemical storage, office and garage space.

The existing plant and underground storage tank would be demolished.

The city has applied for state and federal loans to fund the project, both of which have principal forgiveness clauses reducing the amount of money the city would have to repay, Ganter said.

Whether water rates will increase will not be known until the loan terms are determined and the construction bids returned, he said.

A water rate study was completed in 2019, but didn’t recommend a water rate increase at the time, Ganter said. The water utility has received 3 percent rates increases in recent years and has healthy fund balances and a low amount of debt, he said.

“We may be able to move forward without a substantial rate increase but we won’t know until later on in the process,” Ganter said.

Engineering company SEH anticipates approval from the Public Service Commission and the Department of Natural Resources by August and construction to begin in May 2021 and completed in September 2022. 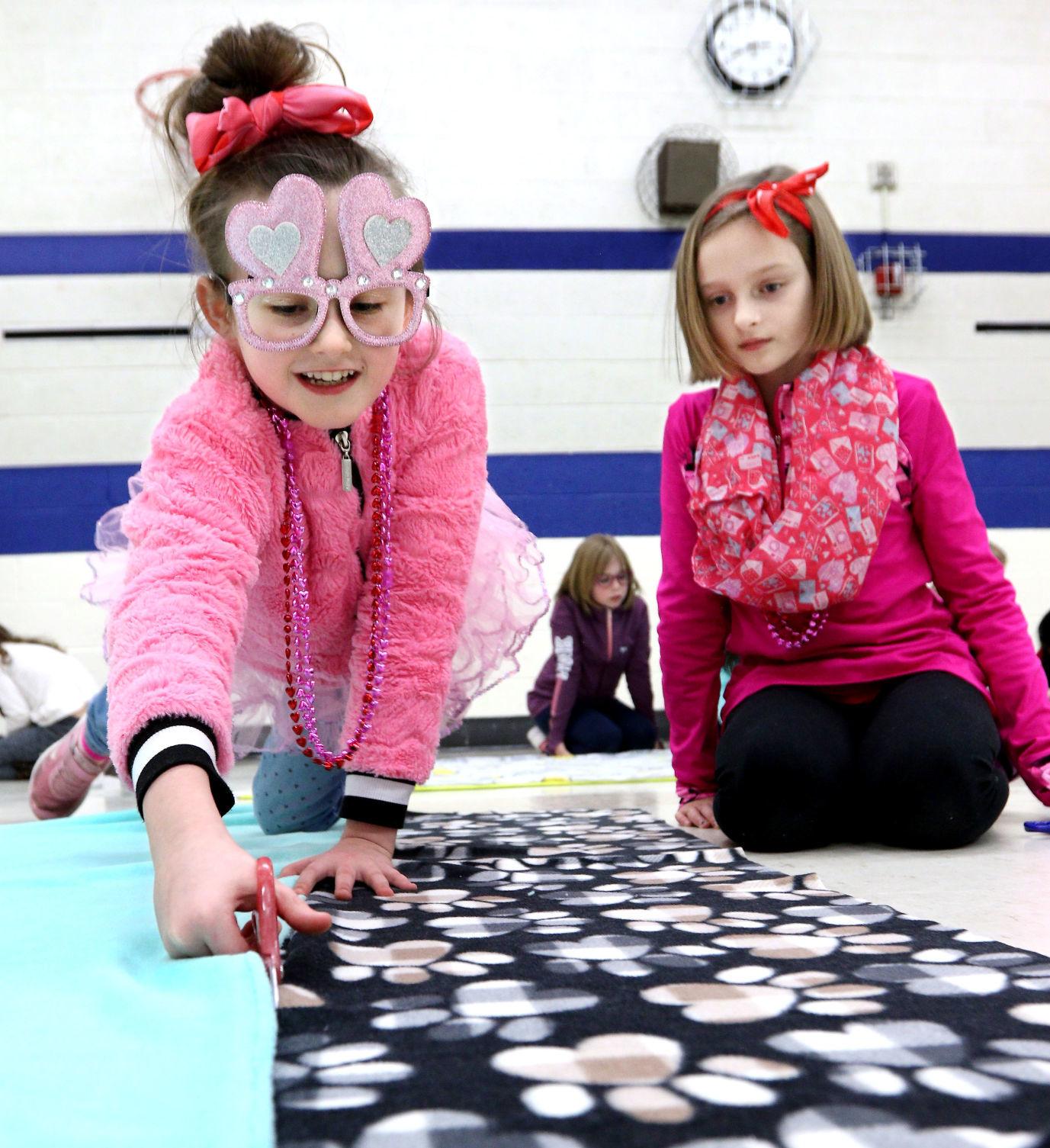 Homelessness is a hidden problem in Dunn County.

With cold winter nights, such as Thursday and Friday’s sub-zero temperatures, Stepping Stones of Dunn County’s Winter Haven shelter does what it can to provide a warm place overnight during the coldest part of the year.

Winter Haven began in 2011 to accommodate a population of individuals that didn’t meet the criteria for temporary family-based shelter that Stepping Stones operates.

Stepping Stones first worked with St. Joseph’s Catholic Church in providing a shelter for three years before it purchased and opened its building at 1518 Stout Road in 2014. The shelter is open from mid-November until the end of March providing a place to sleep, food, showers and laundry facilities.

Stepping Stones Shelter Coordinator Heidi Hooten said homelessness is an issue that many are not aware of in Dunn County because the homeless are far less visible than expected.

“It’s not like California where they’re all laying out on the street at night,” she said of the homeless in the community. “Our people are hiding because they don’t want to get rousted from where they are. And they’re couch surfing and you can couch surf for only so long and you run out of friends. Then comes that night when you have nowhere else to go.”

To provide nightly shelter for those in need, Winter Haven needs volunteers. Without volunteers, the shelter would close, Hooten said. Winter Haven runs two shifts during a night from 7:30 p.m. to 1:30 a.m. and 1:30 a.m. to 7:30 a.m. Each shift needs two trained volunteers to operate.

Volunteers act like hosts, Hooten said. They welcome guests into the shelter, checking to make sure they’re not impaired by drugs or alcohol and help fill out paperwork for new guests.

Second-shift volunteers wake up guests in the morning and make sure they’re ready to start the new day. Most of the time volunteers are free to work on projects or read, she said.

“When we started Winter Haven we purposely chose to run it with volunteers because we wanted to have people connect with people they wouldn’t normally meet and get rid of that stigma that’s attached to homelessness,” Hooten said, “and I think that has been true of people that have volunteered here. They recognize that these are just human beings trying to get by and they hear their stories and they really come around to, we have to protect folks.”

Nita Fitzgerald has been volunteering at Winter Haven for four years.

For her, volunteering is at the core of having integrity and it’s a simple way to help others. Just being at the shelter solves a problem for people, she said.

“It’s just one of those things that just breaks my heart to think that some people are out sleeping in the cold,” Fitzgerald said.

Fitzgerald said guests are kind, generous and grateful. It’s a reality check to learn how quickly life can get complicated, she said.

“Things that you think, that they don’t work or any of that, that’s not necessarily true,” Fitzgerald said of the guests. “I think a lot of people I’ve met over time have jobs or are trying to find one. They’re actively engaged in trying to make their lives better.”

Hooten said she gets calls daily from people in Dunn County seeking shelter. Winter Haven can be housing individuals as young as 18 up to senior citizens at any given time.

Organizations reach out to them for help when figuring out what to do with individuals who are homeless or about to be homeless. The hospital and police department will bring people over in the middle of the night, she said.

There are people who struggle with finding permanent housing if they have criminal backgrounds or eviction history. Sometimes people are leaving prison or treatment facilities and they need a place to stay safe and remain sober, Hooten said. Just knowing someone cares and the community is willing help can be the difference.

“The guests that we have, it might be the first time that they realized that the community actually cared about what was happening to them,” Hooten said. “Otherwise they feel really isolated. When you bring that together, it’s the community coming together to take care of our most vulnerable folks.”

CHIPPEWA FALLS — A Chippewa Falls man who head-butted his attorney in the courtroom in September 2017, punched Chippewa County Sheriff Jim Kowalczyk and got into a fight in jail was sentenced Friday to serve three years in prison, on top of a prior sentence he is already serving.

“It was important for (the sentence) to be consecutive, so Mr. Denning and others learn that assaulting officers is not acceptable,” Newell said. “It shows that officer safety is treated importantly.”

Kowalczyk was the lone person to testify during Friday’s sentencing. Afterward, Kowalczyk said he was pleased with Isaacson’s ruling.

“I think law enforcement is satisfied with the sentence he got here in Chippewa County,” Kowalczyk said. “It’s discouraging, the amount this has cost the taxpayers.”

After the incident where Denning assaulted attorney John Bachman in court, he has routinely appeared in court via video, rather than being brought over from the jail. During one hearing, he was handcuffed with his arms in front of him. Three jailers were in the room with him, noticeably all wearing blue, rubber protective gloves.

In 2015, Denning was convicted of burglary while armed with a dangerous weapon and he was originally given a nine-month jail sentence. However, his probation was revoked in July 2016 and he was given a two-year prison sentence, but given credit for time already served.

Court records show that Denning attacked an inmate in the Stanley Correctional Institution on Jan. 18, 2017, hitting the man in his mouth and back of head.

In a separate incident, Denning assaulted a man Sept. 12, 2017, in Chippewa Falls, causing numerous injuries to his face and an elbow. When police located him, he resisted arrest and attempted to injure an officer in the jail. 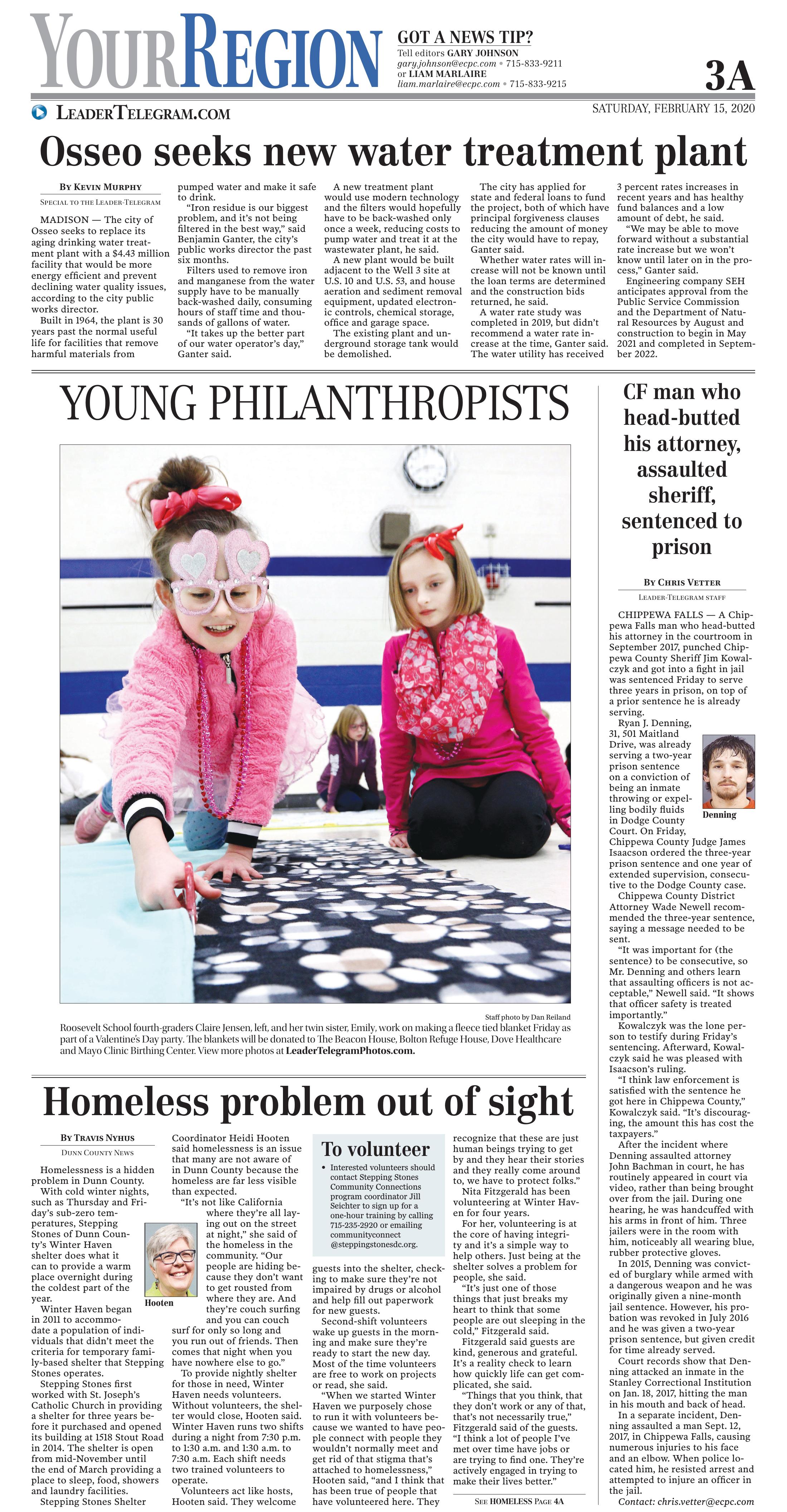