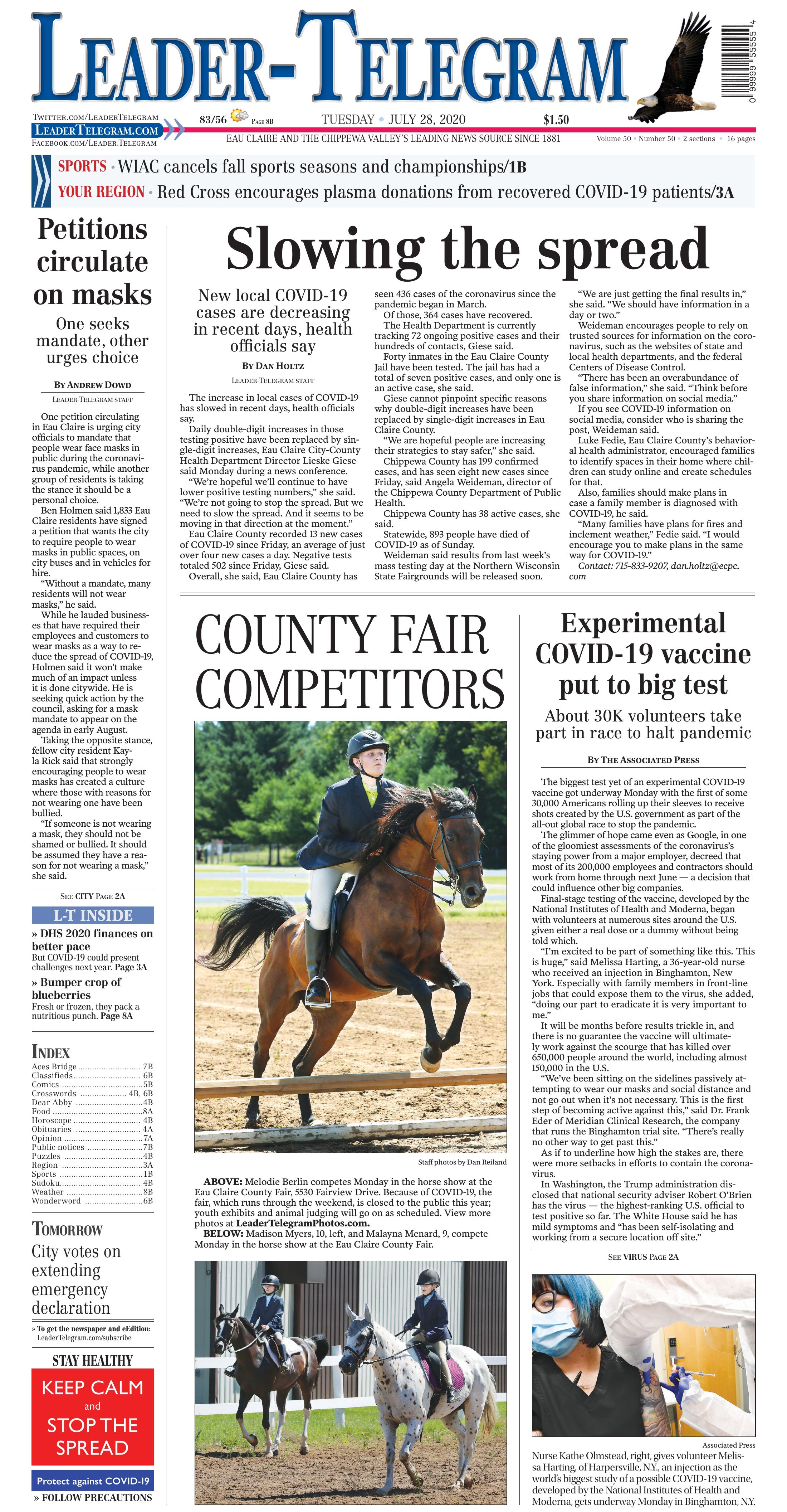 The increase in local cases of COVID-19 has slowed in recent days, health officials say.

“We’re hopeful we’ll continue to have lower positive testing numbers,” she said. “We’re not going to stop the spread. But we need to slow the spread. And it seems to be moving in that direction at the moment.”

Overall, she said, Eau Claire County has seen 436 cases of the coronavirus since the pandemic began in March.

Of those, 364 cases have recovered.

The Health Department is currently tracking 72 ongoing positive cases and their hundreds of contacts, Giese said.

Forty inmates in the Eau Claire County Jail have been tested. The jail has had a total of seven positive cases, and only one is an active case, she said.

“We are hopeful people are increasing their strategies to stay safer,” she said.

Statewide, 893 people have died of COVID-19 as of Sunday.

“We are just getting the final results in,” she said. “We should have information in a day or two.”

Weideman encourages people to rely on trusted sources for information on the coronavirus, such as the websites of state and local health departments, and the federal Centers of Disease Control.

“There has been an overabundance of false information,” she said. “Think before you share information on social media.”

If you see COVID-19 information on social media, consider who is sharing the post, Weideman said.

Luke Fedie, Eau Claire County’s behavioral health administrator, encouraged families to identify spaces in their home where children can study online and create schedules for that.

Also, families should make plans in case a family member is diagnosed with COVID-19, he said.

“Many families have plans for fires and inclement weather,” Fedie said. “I would encourage you to make plans in the same way for COVID-19.” 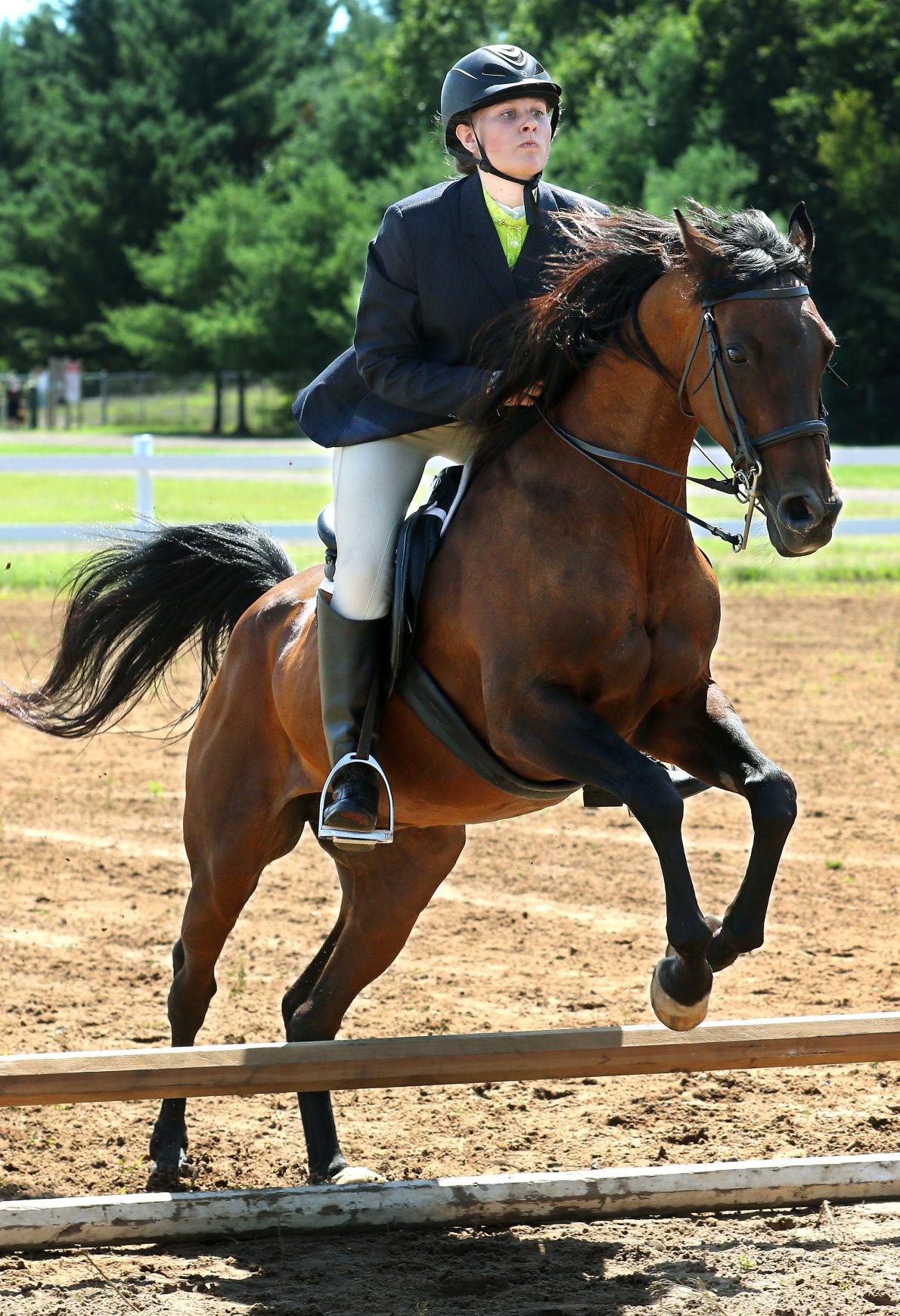 Melodie Berlin competes Monday in the horse show at the Eau Claire County Fair. Because of COVID-19, the fair is closed to the public this year and runs through this weekend, although youth exhibits and animal judging will go on as scheduled. View more photos at LeaderTelegramPhotos.com. 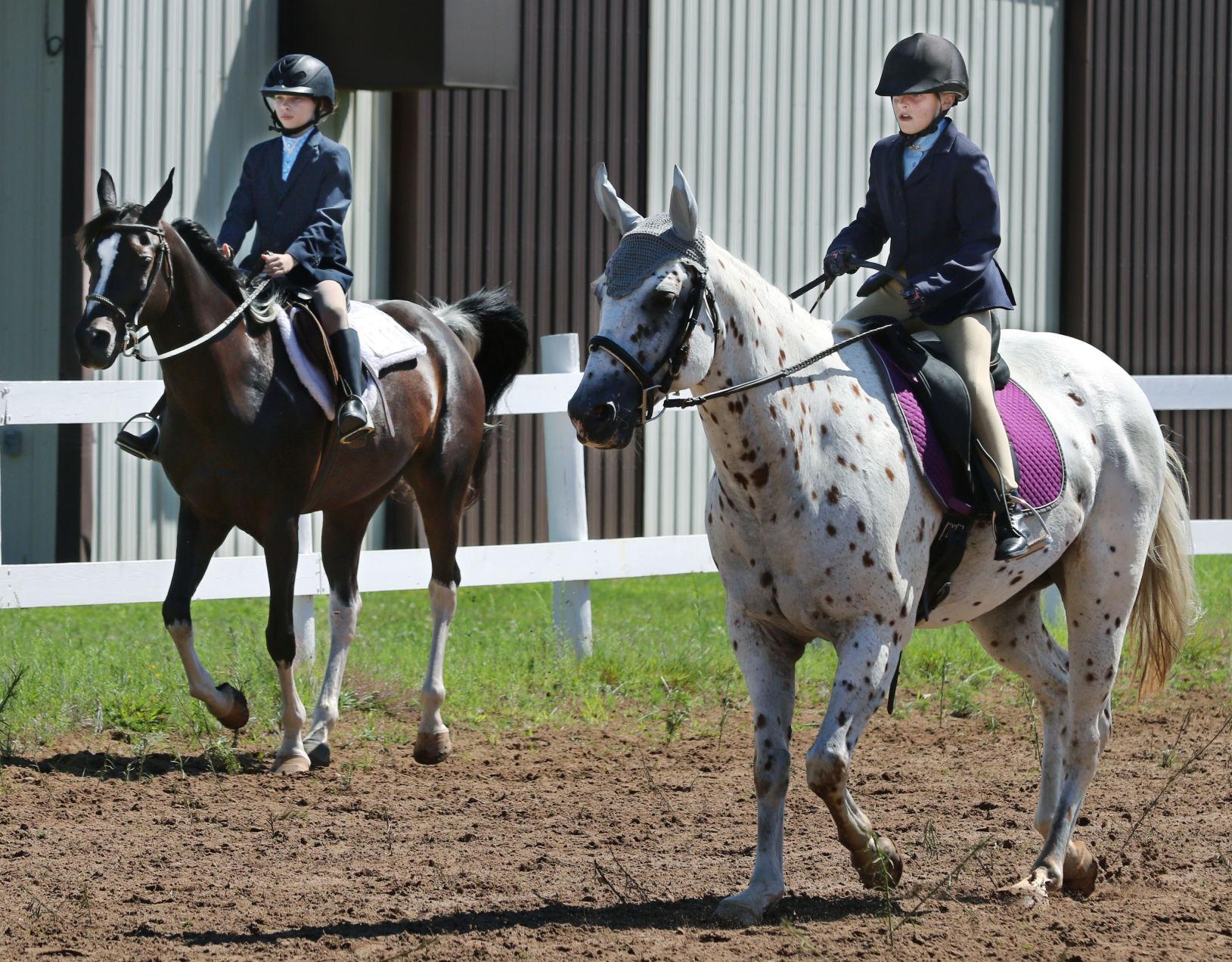 Madison Myers, 10, left, and Malayna Menard, 9, compete Monday in the horse show at the Eau Claire County Fair. Because of COVID-19, the fair is closed to the public this year and runs through this weekend, although youth exhibits and animal judging will go on as scheduled. View more photos at LeaderTelegramPhotos.com.

One petition circulating in Eau Claire is urging city officials to mandate that people wear face masks in public during the coronavirus pandemic, while another group of residents is taking the stance it should be a personal choice.

Ben Holmen said 1,833 Eau Claire residents have signed a petition that wants the city to require people to wear masks in public spaces, on city buses and in vehicles for hire.

“Without a mandate, many residents will not wear masks,” he said.

While he lauded businesses that have required their employees and customers to wear masks as a way to reduce the spread of COVID-19, Holmen said it won’t make much of an impact unless it is done citywide. He is seeking quick action by the council, asking for a mask mandate to appear on the agenda in early August.

Taking the opposite stance, fellow city resident Kayla Rick said that strongly encouraging people to wear masks has created a culture where those with reasons for not wearing one have been bullied.

Rick added that those people’s reasons should be a private matter, not one they should be required to tell others about.

One example she cited is that some people with a history of abuse could have traumatic memories triggered by wearing a mask.

Rick said she is circulating a petition asking the city to declare mask-wearing an issue of health freedom for individuals, not making it a mandate. She didn’t mention the number of people who have signed that petition yet during her comments Monday night to the council.

Rick spoke two weeks ago to the council along with a handful of other residents who stated that mask wearing is a personal choice.

Joining with Holmen on Monday night were two other people who want city leaders to take a stronger stance on face mask use in Eau Claire.

Rita Dorsey, general manager of The Lismore Hotel, said the downtown business required all employees and customers to wear masks when it reopened in June. The policy has led to harassment, though, with baristas in the EC/DC coffee shop being threatened and negative messages being posted on social media about the business, Dorsey said.

She urged for mask-wearing to be a citywide policy to relieve pressure on businesses.

“Local businesses should not carry the responsibility of health and safety on our own,” Dorsey said.

Dr. Brady Didion, a local family medicine physician, likened regional mask-wearing policies to the concept of herd immunity in protecting populations against the spread of a virus.

He said adopting a mask mandate should happen soon — namely before public schools, colleges and universities begin their fall semesters. By “normalizing” the wearing of face masks in public, Didion said that will show to students coming back for school that it is the expectation in this community.

“The timing is urgent here,” he said.

• Also during Monday night meetings, the council held a public hearing on a plan of projects the city expects to undertake in the next five years. That 2021-25 capital improvement plan is set for a vote during today’s 4 p.m. council meeting.

• A trio of Eau Claire residents spoke in favor of the city creating a bilingual Hmong community liaison position as part of its 2021 budget.

“We are taxpayers. We are residents in Eau Claire. There is a true need for this position,” True Vue said while advocating for the creation of the job.