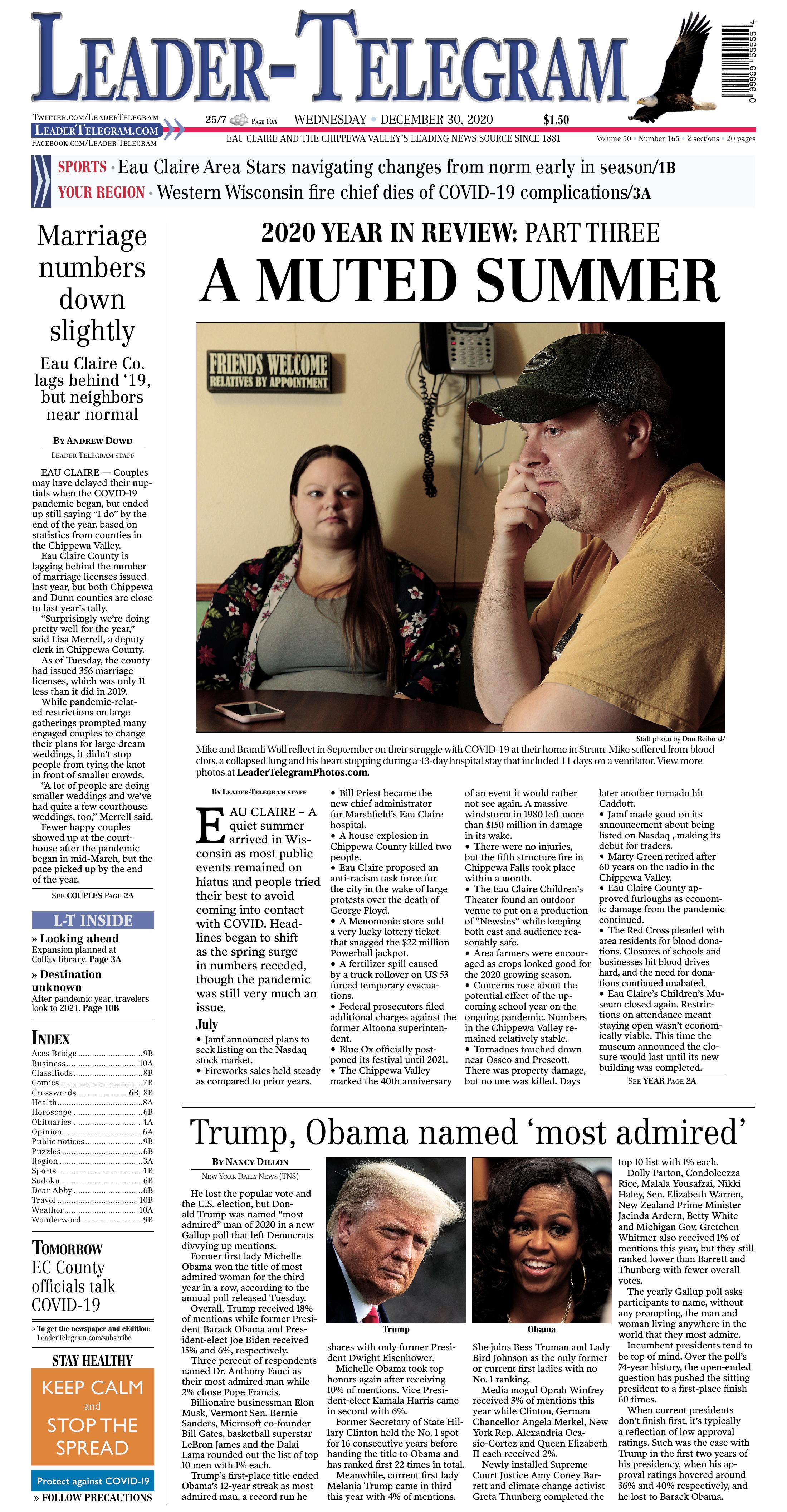 EAU CLAIRE – A quiet summer arrived in Wisconsin as most public events remained on hiatus and people tried their best to avoid coming into contact with COVID. Headlines began to shift as the spring surge in numbers receded, though the pandemic was still very much an issue. 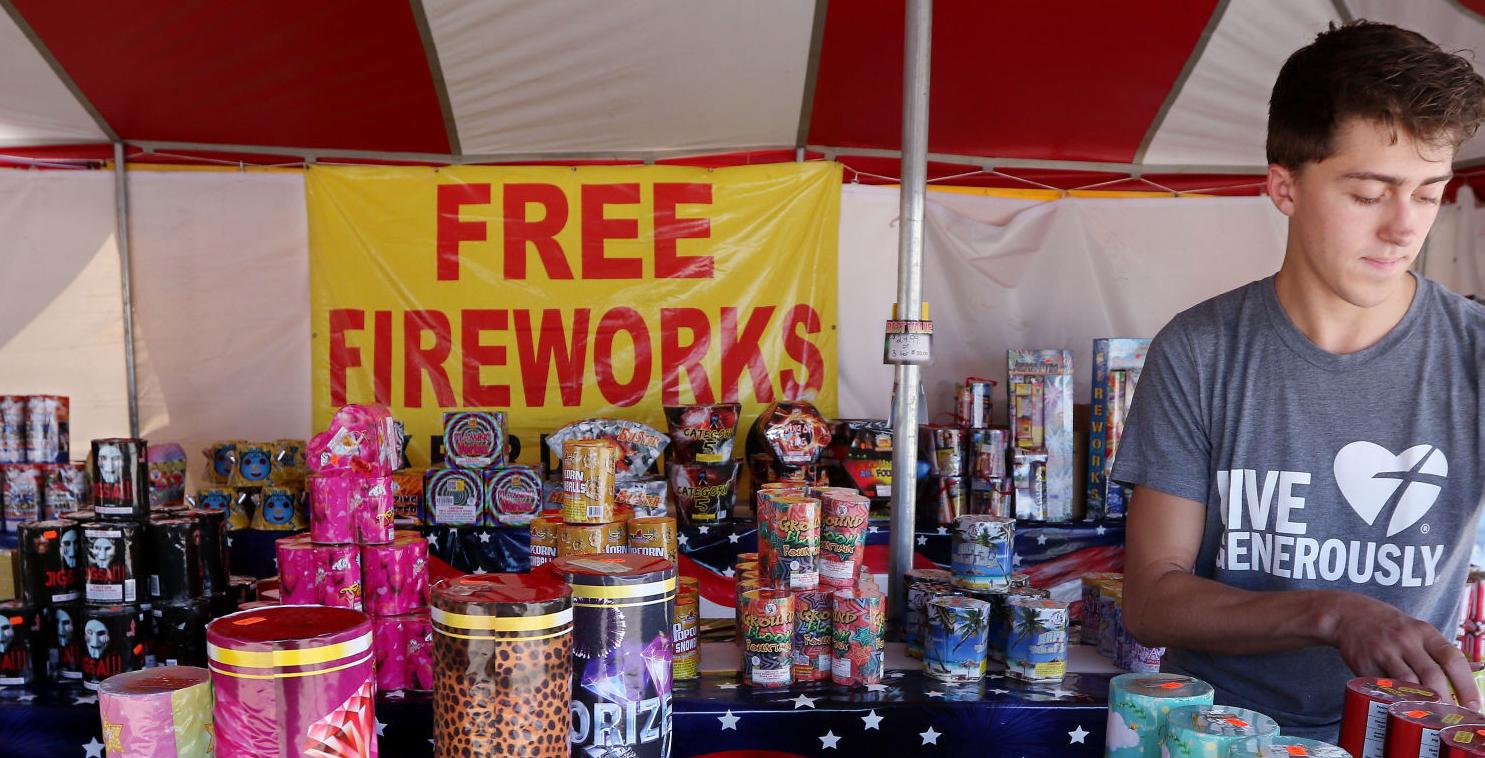 Keagan Parkins of Fireworks Liquidators arranges fireworks Tuesday at a tent next to Festival Foods on Mall Drive in Eau Claire. The company is based in Cadott and has steady sales this year compared with previous years. 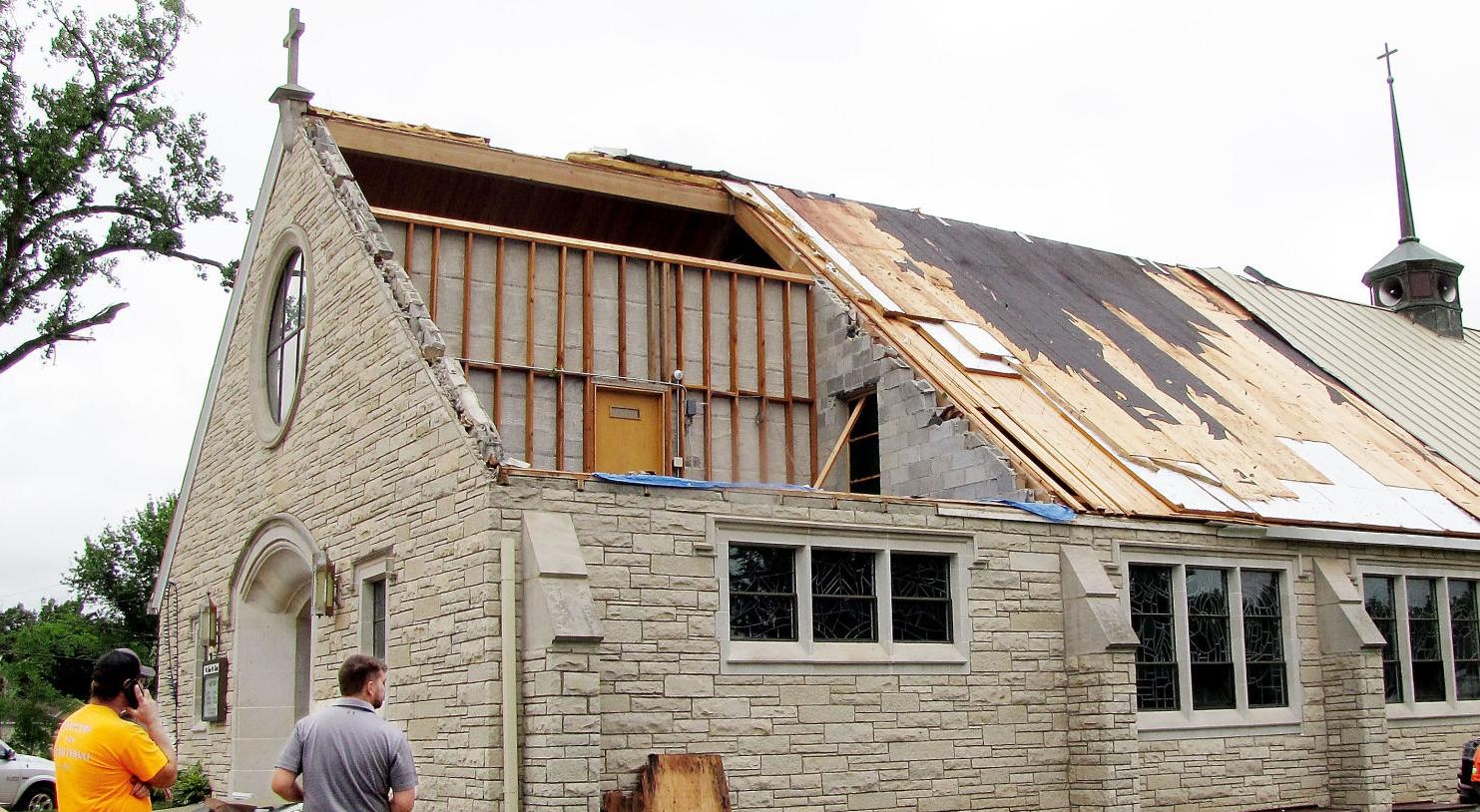 A portion of the roof at St. Rose of Lima Catholic Church was ripped off Tuesday night during a tornado that struck the village of Cadott. However, none of the church’s stain-glass windows were damaged.

Nursing homes began to weigh visitation options. Many had been closed to non-residents and non-staff since March. 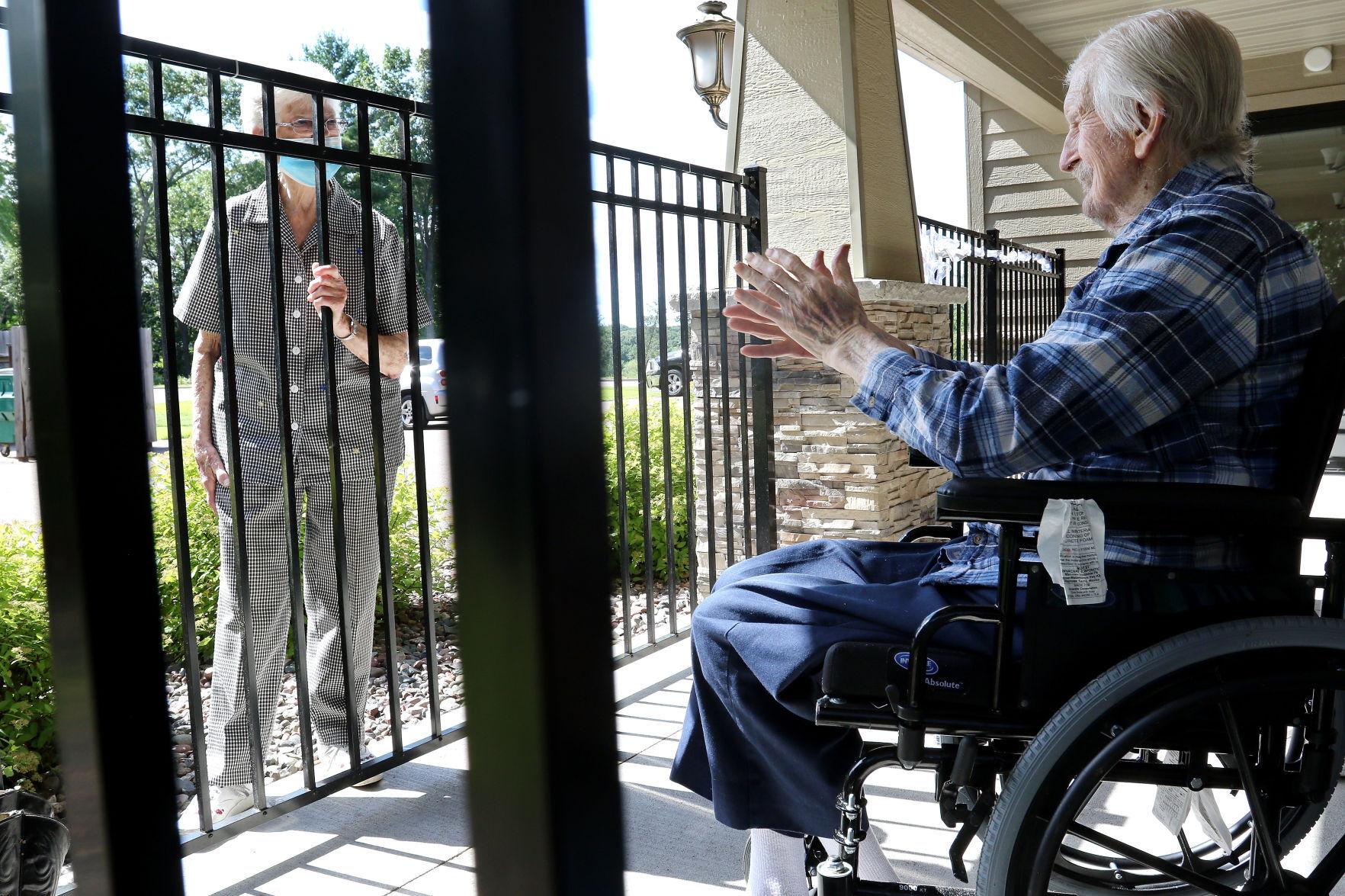 Gloria Hulett of Altoona visits her husband, Donald, on Thursday at the Country Terrace memory care unit in Altoona. Gloria says she is sad that they still can’t hug more than four months into the COVID-19 pandemic. View more photos at LeaderTelegramPhotos.com.

Lois Peloquin, 82, of Chippewa Falls got certified in nail and foot care a few short years ago. 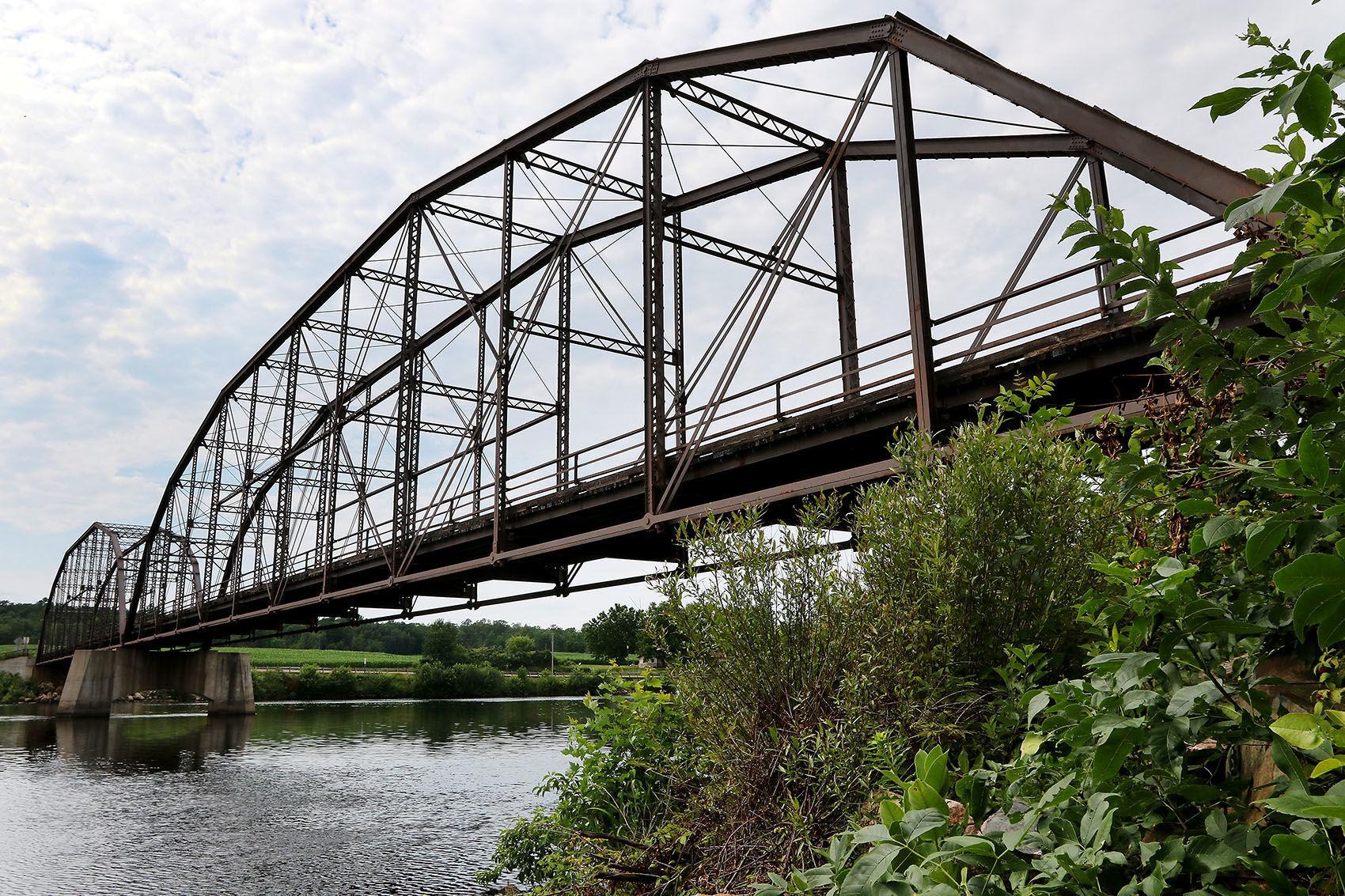 The Cobban Bridge, located halfway between Jim Falls and Cornell, is shown in this July 2017 photo. The bridge was shut down in August 2017. It remains on schedule to be replaced in 2022. 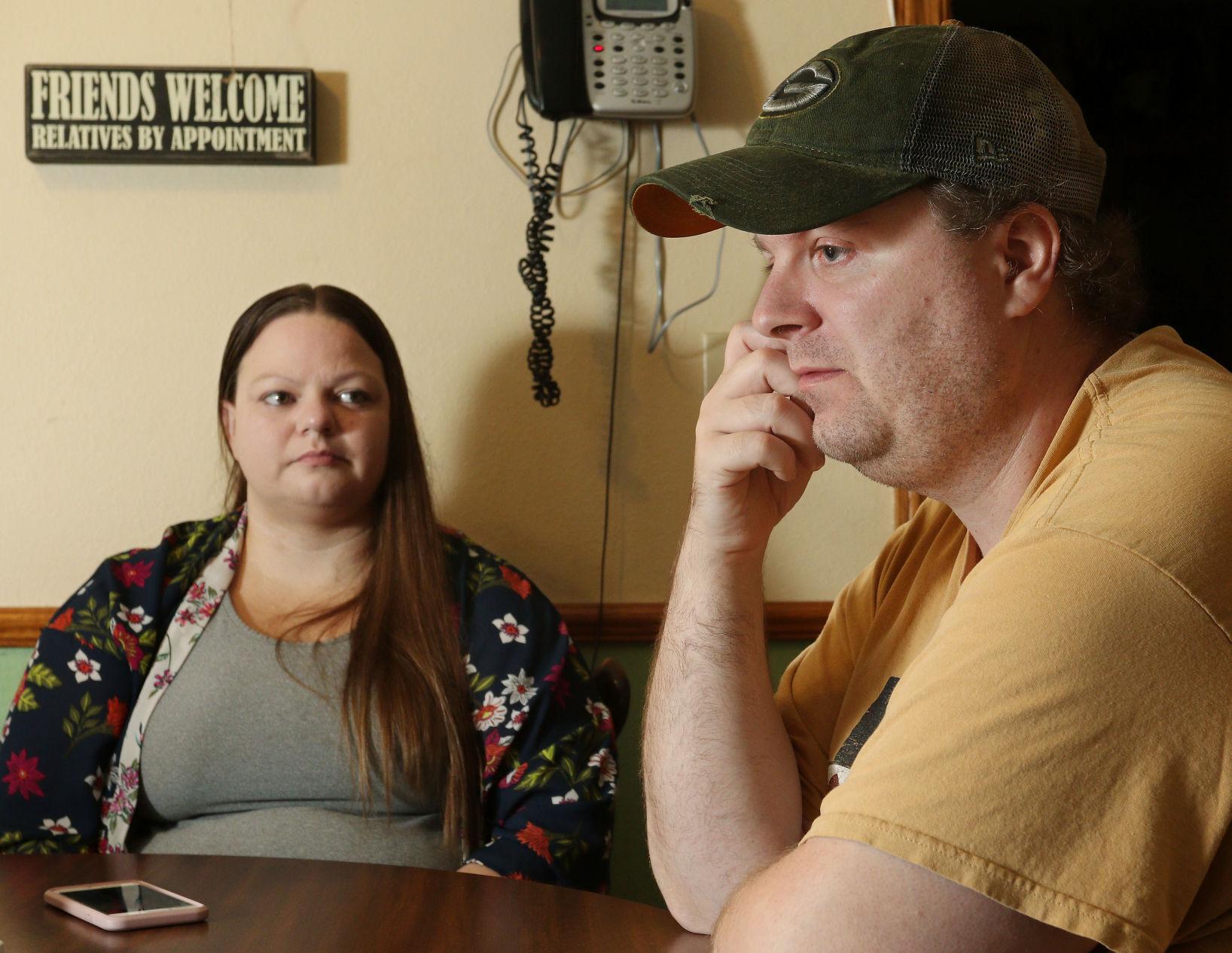 Mike and Brandi Wolf reflect in September on their struggle with COVID-19 at their home in Strum. Mike suffered from blood clots, a collapsed lung and his heart stopping during a 43-day hospital stay that included 11 days on a ventilator. View more photos at LeaderTelegramPhotos.com.

He lost the popular vote and the U.S. election, but Donald Trump was named “most admired” man of 2020 in a new Gallup poll that left Democrats divvying up mentions.

Former first lady Michelle Obama won the title of most admired woman for the third year in a row, according to the annual poll released Tuesday.

Former Secretary of State Hillary Clinton held the No. 1 spot for 16 consecutive years before handing the title to Obama and has ranked first 22 times in total.

Meanwhile, current first lady Melania Trump came in third this year with 4% of mentions. She joins Bess Truman and Lady Bird Johnson as the only former or current first ladies with no No. 1 ranking.

The yearly Gallup poll asks participants to name, without any prompting, the man and woman living anywhere in the world that they most admire.

Incumbent presidents tend to be top of mind. Over the poll’s 74-year history, the open-ended question has pushed the sitting president to a first-place finish 60 times.

When current presidents don’t finish first, it’s typically a reflection of low approval ratings. Such was the case with Trump in the first two years of his presidency, when his approval ratings hovered around 36% and 40% respectively, and he lost to Barack Obama.

EAU CLAIRE — Couples may have delayed their nuptials when the COVID-19 pandemic began, but ended up still saying “I do” by the end of the year, based on statistics from counties in the Chippewa Valley.

Eau Claire County is lagging behind the number of marriage licenses issued last year, but both Chippewa and Dunn counties are close to last year’s tally.

While pandemic-related restrictions on large gatherings prompted many engaged couples to change their plans for large dream weddings, it didn’t stop people from tying the knot in front of smaller crowds.

“A lot of people are doing smaller weddings and we’ve had quite a few courthouse weddings, too,” Merrell said.

Fewer happy couples showed up at the courthouse after the pandemic began in mid-March, but the pace picked up by the end of the year.

Normally there are about a dozen couples that apply for marriage licenses in December, but Merrell said it was twice that this month.

Dunn County also came close to issuing the same number of marriage licenses that it did last year. As of Tuesday, the county had issued 210 licenses — just three shy of last year’s tally.

Eau Claire County has issued in excess of 600 licenses in recent years, but is notably behind that for 2020. With its 520th license granted for 2020 on Tuesday afternoon, the county was 89 short of last year’s figure.

Though the pandemic is leading to more stress on relationships as families have experienced economic hardships and less time socializing outside of their households, that didn’t result in a spike in divorces this year.

Three hundred couples had filed for divorce by Tuesday in Eau Claire County, according to statistics from Wisconsin’s online court records database. While that is more than the 276 that filed during 2019, it was still below the numbers for the four years before that.

A few more days are left in 2020, but divorce filings in both Chippewa and Dunn counties were both lower this year than the previous five years.

Jennifer Schulz-Johnston, executive director and a counselor at Marriage & Family Health Services in Eau Claire, said pressures put on relationships during the pandemic are more complex than statistics on marriages beginning and ending.

The pandemic’s impact on personal budgets, especially in the early spring when a statewide order shut down “nonessential” businesses, impacted households.

“It seems there’s a lot more strain between couples because of the financial burden,” Schulz-Johnston said.

Getting laid off from a job and worrying about making mortgage payments are among the problems that families are dealing with, she said.

More adults teleworking from home and children learning online also raises concerns for Schulz-Johnston. Aside from the socialization and emotional outlets that going to a workplace and school provide, she said they’re also often places where people report problems of domestic abuse.

The virus itself even complicated family life for people with careers on the frontline of dealing with the pandemic.

One family she’s counseled had the wife, husband and their child all living in separate homes for two months as a precaution against potentially spreading COVID-19 among them. The drastic measure was taken because one parent has a job in health care, the other works with a population especially vulnerable to the coronavirus and the child goes to school where he’s around many people.

“That was very hard on that family,” Schulz-Johnston said. They are now all living under the same roof again, she noted.

With vaccines already being given to health care workers and plans to make them more widely available next year, Schulz-Johnston is hopeful that is restoring a much-needed sense of normalcy for people.

“The mood is starting to lighten,” she said.