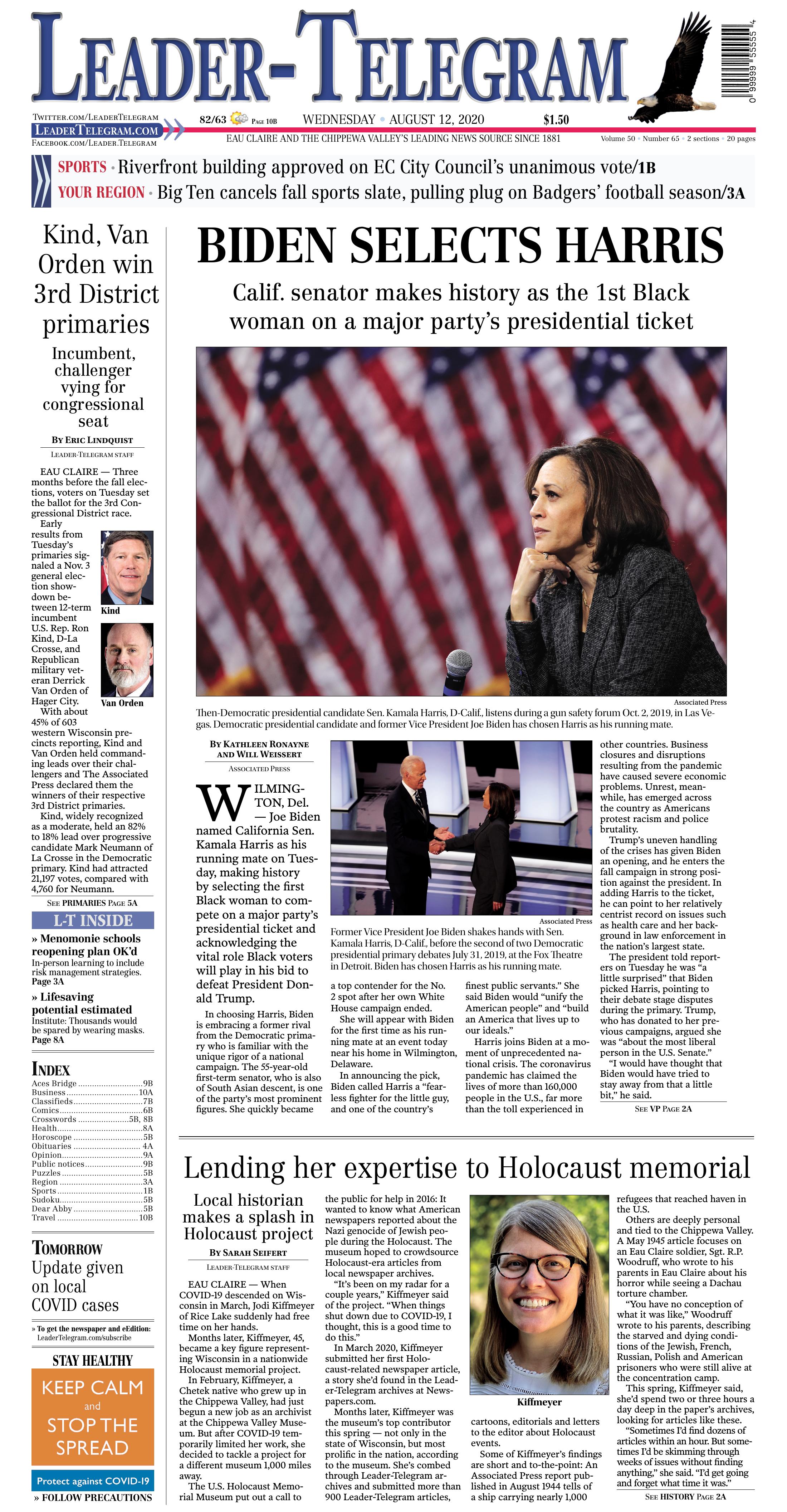 History Unfolded event participants research archival newspaper articles at the MLK Library for the Citizen History Project in Washington, D.C. on December 7, 2015. Jodi Kiffmeyer of Rice Lake, an archivist with the Chippewa Valley Museum, has submitted almost 900 newspaper articles covering the Holocaust to the U.S. Holocaust Memorial Museum's project, and was the nationwide project's most prolific contributor this spring.

EAU CLAIRE — When COVID-19 descended on Wisconsin in March, Jodi Kiffmeyer of Rice Lake suddenly had free time on her hands. 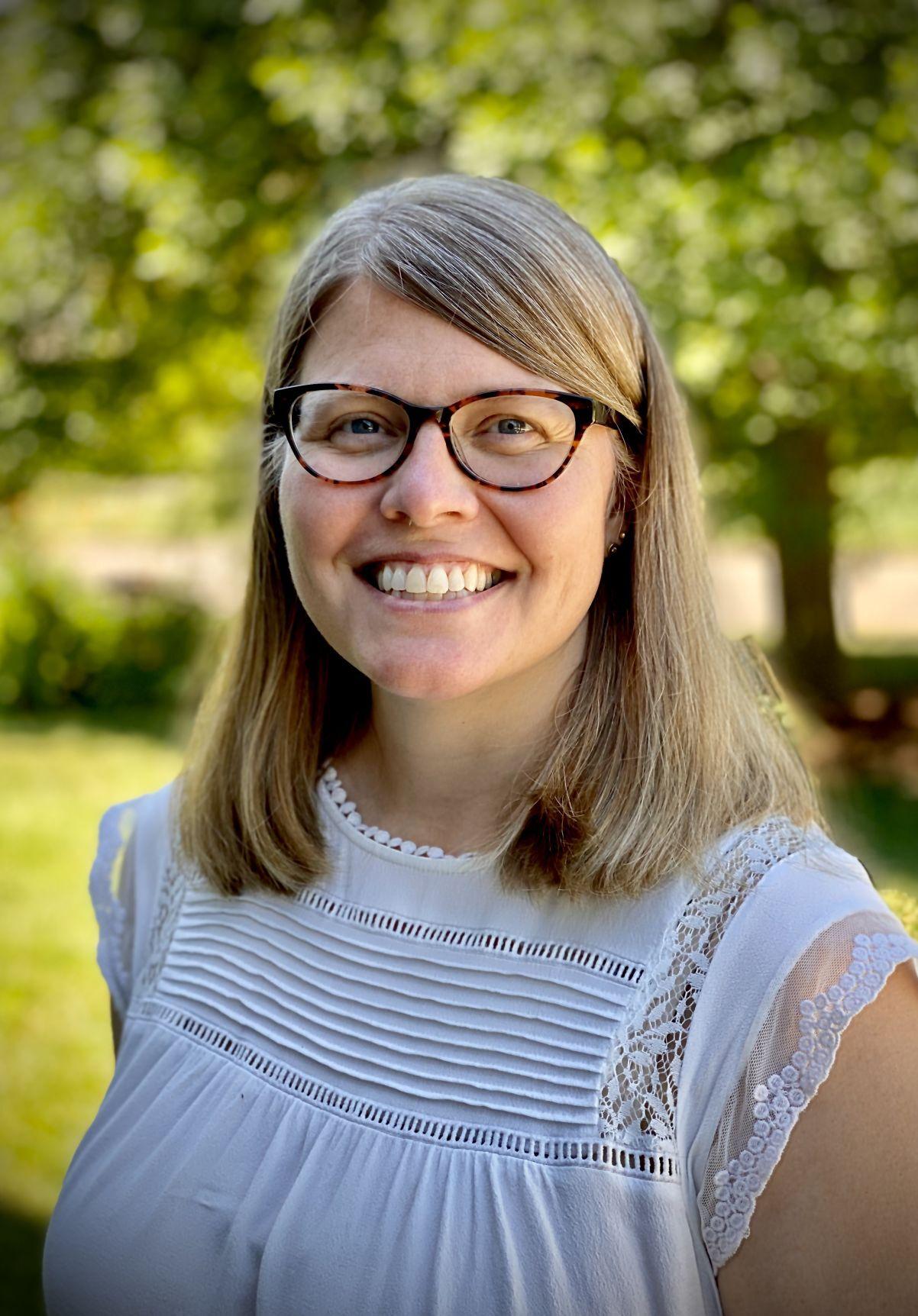 In February, Kiffmeyer, a Chetek native who grew up in the Chippewa Valley, had just begun a new job as an archivist at the Chippewa Valley Museum. But after COVID-19 temporarily limited her work, she decided to tackle a project for a different museum 1,000 miles away.

The U.S. Holocaust Memorial Museum put out a call to the public for help in 2016: It wanted to know what American newspapers reported about the Nazi genocide of Jewish people during the Holocaust. The museum hoped to crowdsource Holocaust-era articles from local newspaper archives.

“It’s been on my radar for a couple years,” Kiffmeyer said of the project. “When things shut down due to COVID-19, I thought, this is a good time to do this.”

In March 2020, Kiffmeyer submitted her first Holocaust-related newspaper article, a story she’d found in the Leader-Telegram archives at Newspapers.com.

Months later, Kiffmeyer was the museum’s top contributor this spring — not only in the state of Wisconsin, but most prolific in the nation, according to the museum. She’s combed through Leader-Telegram archives and submitted more than 900 Leader-Telegram articles, cartoons, editorials and letters to the editor about Holocaust events.

Some of Kiffmeyer’s findings are short and to-the-point: An Associated Press report published in August 1944 tells of a ship carrying nearly 1,000 refugees that reached haven in the U.S.

Others are deeply personal and tied to the Chippewa Valley. A May 1945 article focuses on an Eau Claire soldier, Sgt. R.P. Woodruff, who wrote to his parents in Eau Claire about his horror while seeing a Dachau torture chamber.

“You have no conception of what it was like,” Woodruff wrote to his parents, describing the starved and dying conditions of the Jewish, French, Russian, Polish and American prisoners who were still alive at the concentration camp.

This spring, Kiffmeyer said, she’d spend two or three hours a day deep in the paper’s archives, looking for articles like these.

“Sometimes I’d find dozens of articles within an hour. But sometimes I’d be skimming through weeks of issues without finding anything,” she said. “I’d get going and forget what time it was.”

No plans to stop

The museum’s national project, dubbed History Unfolded, is a massive effort to show how American newspapers reported on the Nazi genocide of European Jews in the 1930s and 1940s. To make research easier for the public, the museum picked 20 Holocaust-era events, like the opening of Germany’s Dachau concentration camp in March 1933 and the first public reports of an “extermination camp” at Auschwitz-Birkenau in November 1944.

The museum was especially curious how medium, small and rural newspapers reported on the Holocaust — and how their readers reacted to the horrors happening thousands of miles away, said Eric Schmalz, the U.S. Holocaust Memorial Museum’s citizen history community manager.

“We’re filling in the gaps” of Holocaust history, Schmalz said. The museum has built a database with the nationwide submissions, and shares it with historians, scholars and the public.

Since its beginnings in 2016, History Unfolded is picking up speed. The museum has extended its deadline for submissions to 2022. The articles will fuel a traveling exhibit that’s slated to visit 50 libraries across the country, Schmalz said.

Kiffmeyer’s volunteer work has “been wonderful,” he added.

“All of a sudden, we saw these submissions coming in from a Jodi K,” Schmalz remembered. “Everyone was just so impressed, saying that this contributor is doing phenomenal work.”

It’s likely the Leader-Telegram has the second-most submissions from U.S. newspapers in the country, Schmalz said: “Jodi’s work, I believe, will allow that paper in particular to be potentially of great use for scholars to do a deep-dive case study.”

Wisconsin has 1,589 submissions for the project, the fourth highest number in the country. Kiffmeyer was involved in more than half of Wisconsin’s submissions, according to the museum.

During her research, she was struck by similar cultural attitudes in the U.S. during the World War II era and the current coronavirus pandemic.

“As a historian, my first thought is, this is going to be the first time my generation has had a World War II event, where everyone has to change their lifestyle,” she said. “Things like that affect everyone.”

“What I’m working on right now is the liberation of the concentration camps,” she said. “I’ve been surprised about how little there has been.”

Despite dedicating less time to the project recently, Kiffmeyer has almost finished scouring the Leader-Telegram archives. After that, she said, she plans to begin sorting through other Chippewa Valley newspapers for other Holocaust-related articles.

“I didn’t expect to spend this much time on it,” Kiffmeyer said. “It was kind of a soothing activity during all the uncertainty going on.”

The museum is also inviting high school and college students, teachers and members of the public to contribute, Schmalz said.

The History Unfolded database can be viewed at newspapers.ushmm.org.

Note: This story was updated on Wednesday, Aug. 12 to reflect that museum officials said the Leader-Telegram has the second-most submissions to the History Unfolded project from U.S. newspapers, not the most, and that a History Unfolded traveling exhibit is scheduled to visit 50 libraries across the U.S., not all 50 states.

EAU CLAIRE — Three months before the fall elections, voters on Tuesday set the ballot for the 3rd Congressional District race.

With about 45% of 603 western Wisconsin precincts reporting, Kind and Van Orden held commanding leads over their challengers and The Associated Press declared them the winners of their respective 3rd District primaries.

Kind, widely recognized as a moderate, held an 82% to 18% lead over progressive candidate Mark Neumann of La Crosse in the Democratic primary. Kind had attracted 21,197 votes, compared with 4,760 for Neumann.

In the race between two conservatives in the Republican primary, Van Orden led with 13,276 votes, giving him a 63% to 37% margin over Eau Claire’s Jessi Ebben, who had 7,846 votes.

The hotly contested race included negative TV commercials from both Republican camps, with Van Orden ads claiming Ebben is not a “real conservative” and Ebben ads criticizing Van Orden for dodging debates and having a short history of living in the district.

Van Orden, 50, who grew up in Hartland, is a retired U.S. Navy SEAL who served around the world in the military for 26 years, including five combat deployments. He also worked as a business consultant and cafe operator before moving to a hobby farm in Pierce County last year, according to his campaign website.

Ebben, 30, a Stevens Point native who grew up in Westfield, is a marketing generalist for Prevea Health.

The Republicans, neither of whom had previously run for elected office, both said they were inspired to run in part by what they called the “sham” impeachment of GOP President Donald Trump by congressional Democrats.

Van Orden and Ebben also both said they oppose government mandates intended to slow the spread of the coronavirus and the notion of cutting law enforcement spending after the death of George Floyd while in the custody of Minneapolis police.

On the Democratic side, Kind, 57, ran on his record of listening to colleagues on both sides of the aisle, saying it makes him a good fit for a swing district.

Neumann, 66, previously acknowledged his odds of pulling off an upset against an entrenched incumbent were slim, especially in a year in which the COVID-19 pandemic made most in-person campaigning inadvisable, but said he wanted to offer voters a choice in the primary.