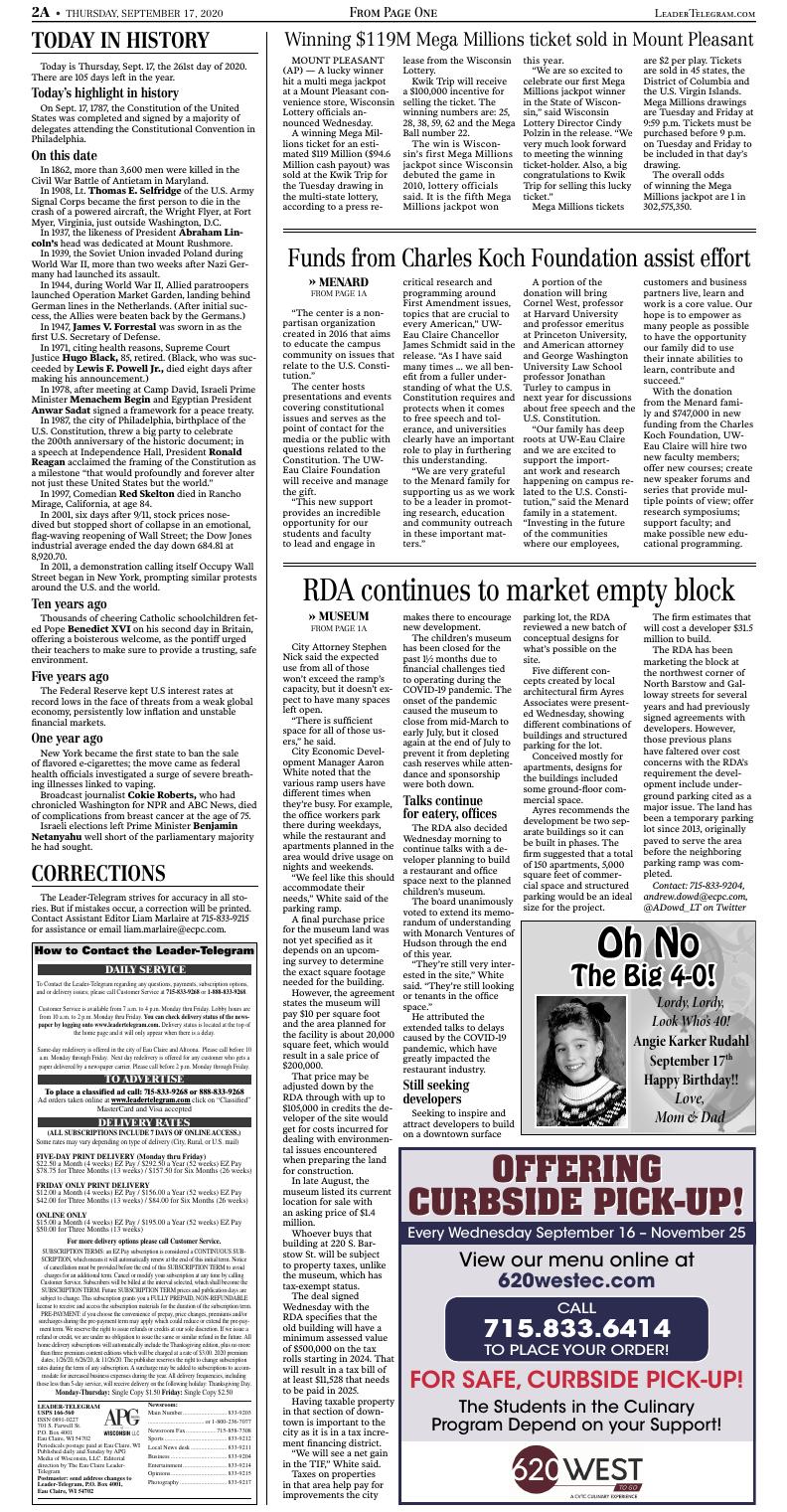 In 1908, Lt. Thomas E. Selfridge of the U.S. Army Signal Corps became the first person to die in the crash of a powered aircraft, the Wright Flyer, at Fort Myer, Virginia, just outside Washington, D.C.

In 1937, the likeness of President Abraham Lincoln’s head was dedicated at Mount Rushmore.

In 1939, the Soviet Union invaded Poland during World War II, more than two weeks after Nazi Germany had launched its assault.

In 1944, during World War II, Allied paratroopers launched Operation Market Garden, landing behind German lines in the Netherlands. (After initial success, the Allies were beaten back by the Germans.)

In 1947, James V. Forrestal was sworn in as the first U.S. Secretary of Defense.

In 1978, after meeting at Camp David, Israeli Prime Minister Menachem Begin and Egyptian President Anwar Sadat signed a framework for a peace treaty.

In 1987, the city of Philadelphia, birthplace of the U.S. Constitution, threw a big party to celebrate the 200th anniversary of the historic document; in a speech at Independence Hall, President Ronald Reagan acclaimed the framing of the Constitution as a milestone “that would profoundly and forever alter not just these United States but the world.”

In 2001, six days after 9/11, stock prices nosedived but stopped short of collapse in an emotional, flag-waving reopening of Wall Street; the Dow Jones industrial average ended the day down 684.81 at 8,920.70.

In 2011, a demonstration calling itself Occupy Wall Street began in New York, prompting similar protests around the U.S. and the world.

Thousands of cheering Catholic schoolchildren feted Pope Benedict XVI on his second day in Britain, offering a boisterous welcome, as the pontiff urged their teachers to make sure to provide a trusting, safe environment.

New York became the first state to ban the sale of flavored e-cigarettes; the move came as federal health officials investigated a surge of severe breathing illnesses linked to vaping.

Broadcast journalist Cokie Roberts, who had chronicled Washington for NPR and ABC News, died of complications from breast cancer at the age of 75.

Actor Cassandra Peterson (“Elvira, Mistress of the Dark”) is 69.

Rapper Vinnie (Naughty By Nature) is 50. 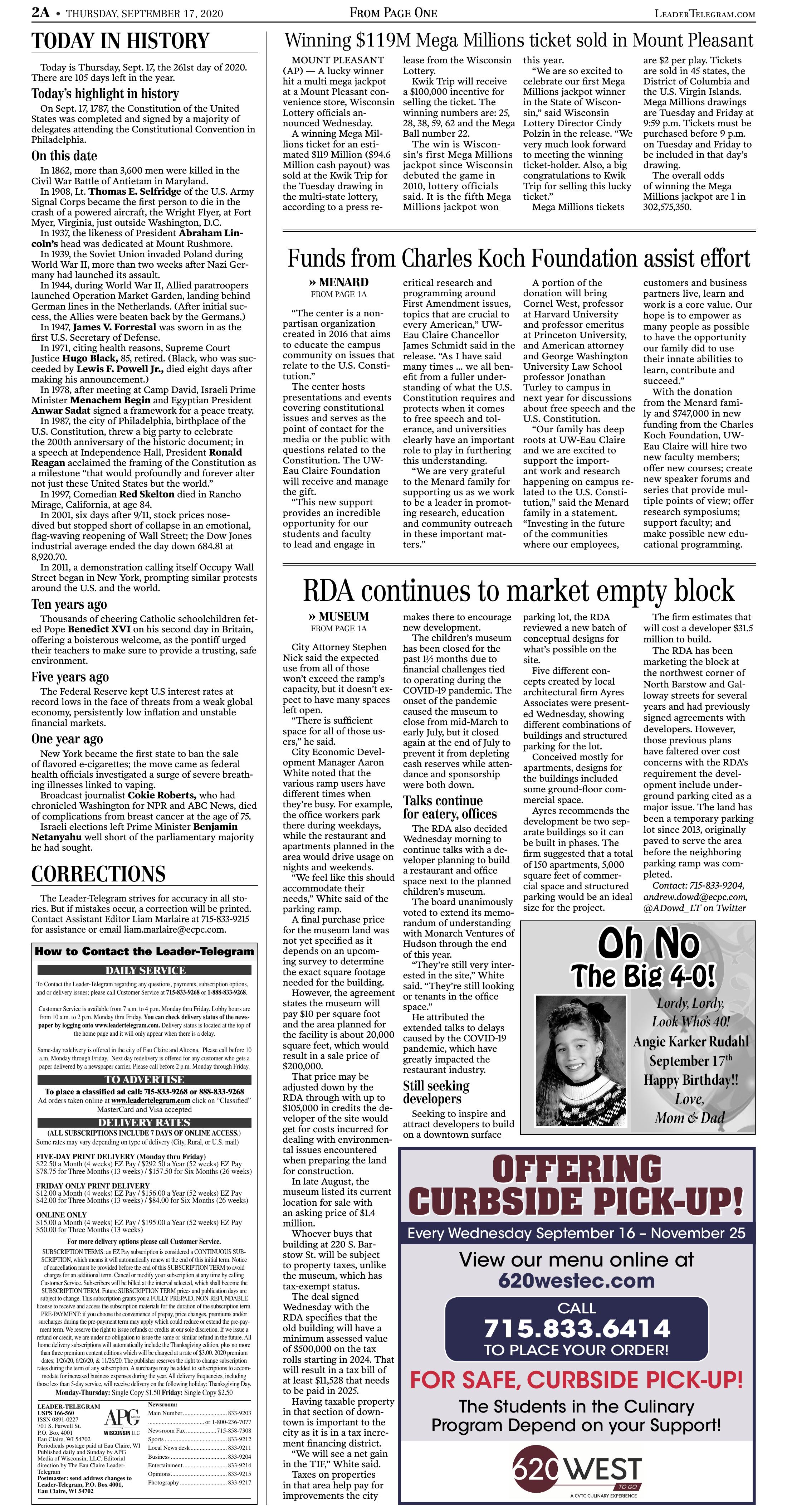