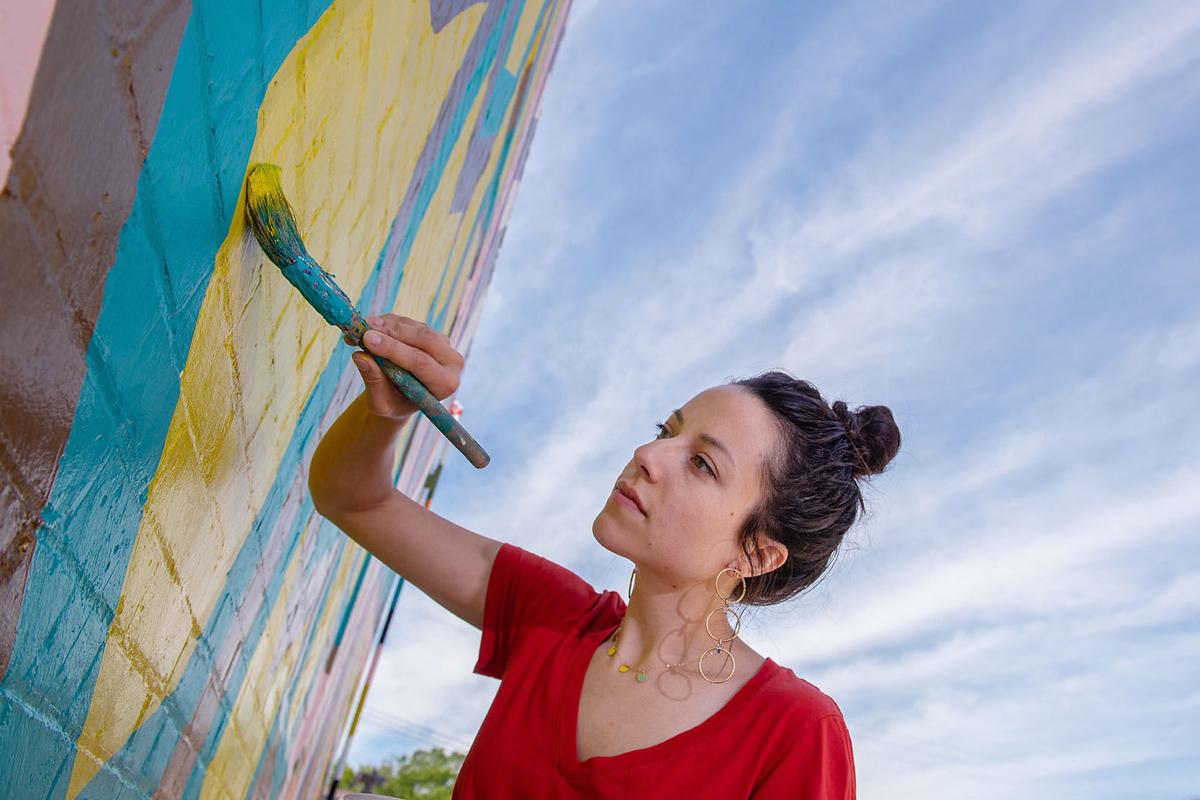 Visual art will be among the courses taught at next summer’s Midwest Artist Academy at UW-Eau Claire. The others are creative writing, theatre, dance, and music and composition. 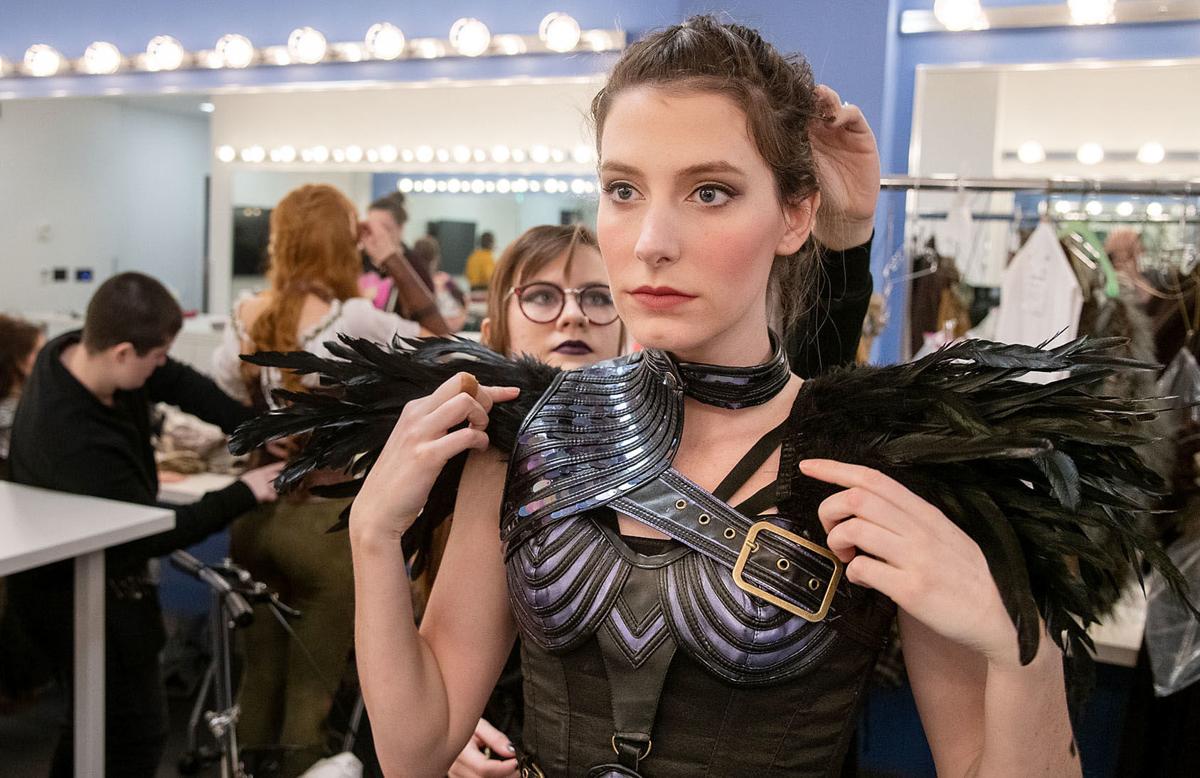 Teens enrolled the Midwest Artist Academy will spend mornings on their particular artistic focus. Afternoons and evenings will be devoted to a collaborative production that will be presented at Pablo Center at the Confluence in downtown Eau Claire.

The Midwest Artist Academy is designed to showcase the unique characteristics of artistic disciplines as well as their shared elements. 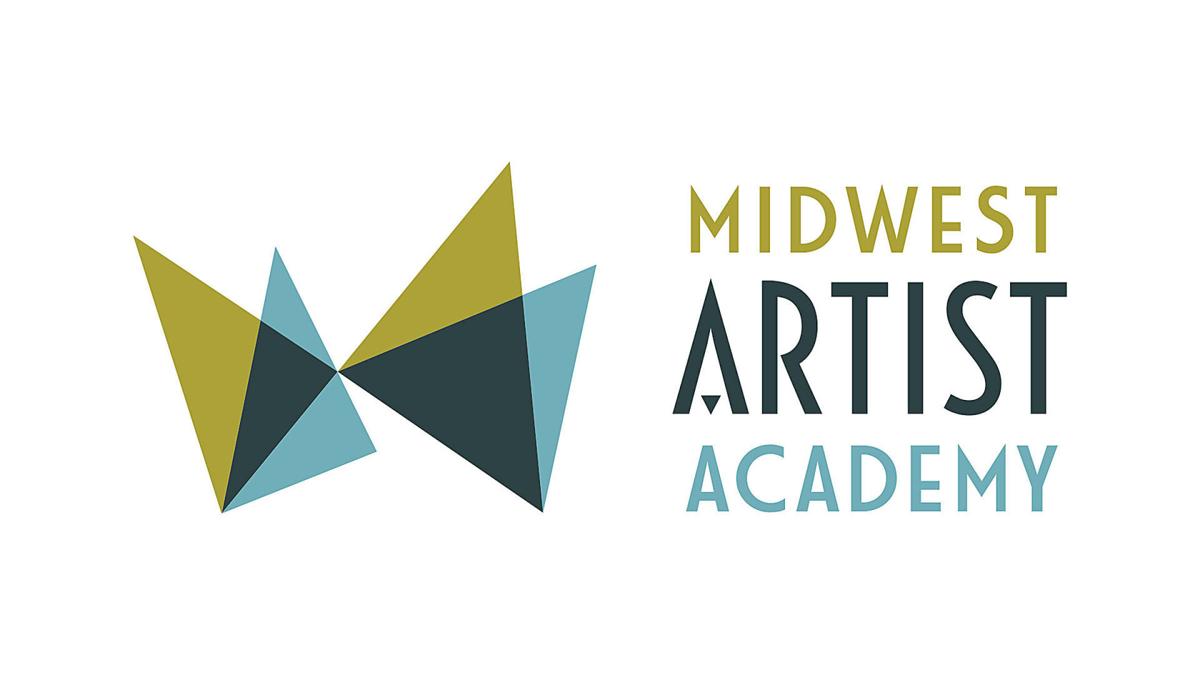 Visual art will be among the courses taught at next summer’s Midwest Artist Academy at UW-Eau Claire. The others are creative writing, theatre, dance, and music and composition.

Teens enrolled the Midwest Artist Academy will spend mornings on their particular artistic focus. Afternoons and evenings will be devoted to a collaborative production that will be presented at Pablo Center at the Confluence in downtown Eau Claire.

The Midwest Artist Academy is designed to showcase the unique characteristics of artistic disciplines as well as their shared elements.

“I’m thinking about growing up with brothers and friends, where we would put on a play for our parents or a magic show or whatever silly thing we would create collectively. It was always such a passion driven pursuit,” said Hollars, founder-director of the academy, UW-Eau Claire associate professor of English and a Leader-Telegram columnist. “And I’ve seen that with my own students, I’ve seen that as a camp counselor. Whenever you have to do a last-minute talent show or song around a campfire, or whatever it might be, people always rise to the occasion. It just creates a different kind of electricity, I think.”

The Midwest Artist Academy’s inaugural session is planned for July 11-18 at UW-Eau Claire — with the application period starting in October. As Hollars explained in a phone interview, he was further motivated to launch the effort after teaching a group of American students for a summer program last year in Ireland. The final night of that experience proved especially memorable.

“These kids just had the most moving experience, and that last night everyone was kind of crying and reading their work together … and just having such a transformative experience,” he said.

Hollars and a fellow instructor in Ireland, Maggie Pahos, shared their excitement about the experience.

“She joked, ‘You know, we should start a high school for artists,’” Hollars recalled. “Lo and behold, eight months later we kind of did.”

Pahos — a Portland, Ore., resident whose writing has been featured in publications such as Medium, The Rumpus, Brevity, Bark, Nowhere magazine and the Pittsburgh Post-Gazette — will be the creative writing instructor at Midwest Artist Academy.

The academy’s courses, in addition to creative writing, are theatre, dance, music and composition, and visual art.

Just as Hollars was especially drawn to working with the younger generation, so were faculty members such as visual art instructor Jo Ellen Burke.

“Certainly, the chance to work with kids, and to foster the love for arts is a huge interest,” the Eau Claire resident wrote in emailed comments. “I love the energy and insights that kids will bring to this first-of-its-kind Academy. … There really hasn’t been anything like this that brings so many facets of art together, and I like a challenge of this kind.”

Burke, an educator and artist, has teaching credits including elementary and middle school gifted education as well as UW-Eau Claire teaching in language arts, child psychology and supervision of education student teachers. She holds degrees in art, elementary education and a master’s in teaching from UW-Madison and UW-Eau Claire.

During the weeklong academy, teens will spend mornings focusing on their chosen art, Hollars said, and the afternoon and evening will be dedicated to a collaborative production that will be presented at Eau Claire’s state-of-the-art Pablo Center at the Confluence.

“The idea, of course, is that young people can be inspired in all these disciplines, and then collectively we can create something bigger than any one art,” Hollars said. “I think that’s what makes the Midwest Artist Academy unique is that we’re not just focused on siloing young artists into a single discipline.”

Burke elaborated on the goals of the academy. “Since we really want this to be experiential and process oriented, it will take a good balance of direction and support for students, while giving allowance for their initiatives and creativity,” she wrote. “At the heart of everything we plan for is collaboration and belonging. Students need to feel safe and trust in creating a final project together, so I plan to teach with this all in mind.”

While the five arts have unique qualities, Hollars said, “They also all share some collaborative opportunities, and they’re all alike in that they are forms of expression that more veteran people and younger artists can use as a means to express themselves creatively for the benefit of the general public.”

Burke addressed the distinctive and shared elements of her course. “Visual art is unique in that, other than literature, the other forms (music, theatre, dance) are performance-based,” she wrote. “The common thread is the expression of creative thought processes. Visual art has a permanence for the viewer, yet commonality with other art forms in that they are just as powerful in their expression.”

Hollars expressed confidence that the students will work cohesively, in part because of his experience with the Chippewa Valley Writers Guild, which he serves as executive director.

“I’m basing this off of a couple things,” he said. “One is what I’ve seen at the adult writing retreats, which just always kind of revealed that final night, that pressure of having a final show to prepare for. That creates this energy and excitement that kind of pushes artists to a productive limit.”

The second reason for his optimism: “Folks, of course, are always so proud of having accomplished something in such a short time, which they were then able to showcase for others,” he said. “So I’m certain that will apply to young people because if I know anything about young people, it’s when you give them a challenge they always rise to the occasion.”

Hollars located this ambitious project in Eau Claire because he has seen the arts become a powerful force in the Chippewa Valley.

“It feels like this is sort of the culmination of Eau Claire’s promise to me,” he said. “I feel like we’ve been building toward this moment. We’ve been a leader in the arts and the creative economy for adults, but I really wanted to see if we could transition some of that energy and enthusiasm and support for the next generation of artists and leaders in our region.”

Pablo Center stands as a striking example of that promise. Since opening in fall 2018, the building has presented internationally known artists and has highlighted impressive talent with regional roots in the areas of music, theatre, dance, literary work and visual art.

Burke cited Eau Claire’s “rich history of all forms of art” and noted the varied benefits of such contributions.

“Individuals working with the broader good in mind have enhanced Eau Claire’s creative economy, and students have benefited from great teachers and artists,” she wrote, putting Hollars himself in that category. “His values reflect such respect for and commitment to the arts. His vision will benefit so many students who might not otherwise get the chance to dream, inspire and create!”

In addition to Burke and Pahos, the faculty will include:

• Chiayu Hsu, an associate professor of music at UW-Eau Claire and an active composer of contemporary concert music.

• Kathryn Ann Key, a native of Alabama whose career in dance includes performing with music stars such as Jason Derulo and in world tours of productions like “Disney Live,” Alvin & the Chipmunks and Smurfs. She now teaches in England.

“It’s a difficult time to start a new venture of this magnitude,” Hollard acknowledged. “There are many headwinds working against us, of course, whether it’s COVID related or trying to find enough funding and scholarships to make this accessible for everyone.”

Regardless, the response he’s received has been “overwhelmingly positive,” including those who are donating to the effort.

Academy organizers also plan to reach out to businesses in the region in hopes they might consider being a partner or sponsor. The goal, he said, is “simply to ensure that there aren’t financial barriers that are getting in the way that would prohibit young talented folks from being a part of this.”

In at least one way, the pandemic could help spur interest in the Midwest Artist Academy.

“We really want to be the light at the end of the tunnel,” Hollars said. “We want to give something for folks to look forward to seven months down the road, hopefully at a safer moment. So while we’re already discussing potential contingency plans for a virtual version should we need it, currently we’re still maintaining our focus on planning an in-person event with all proper protocols in place.”

In a short video on the academy website, Hollars talks about his experience with close friends in high school. There were times, he recalled, that they’d be playing pickup basketball while he’d be engaged in his passion for writing.

“I was always the guy off to the side writing a poem about them playing pickup basketball,” he said of that recollection. “It wasn’t that I was an outsider or not included; I was very much a part of that crew. But I would just sort of do things differently.”

The story illustrates, in an active way, what he wants the Midwest Artist Academy to accomplish.

“I reflect on that now and think of how wonderful it would have been if there was someone else like me that I could have found at that moment in my life where writing wasn’t putting me on the sidelines but allowing me to kind of take center stage,” he said.

The goal even goes beyond the students’ achievements in their chosen art forms.

“I think I really want to provide that opportunity for young people not just for artistic purposes but for emotional purposes, social purposes, and just to use art as a vehicle toward a larger connection.”

Especially in a time of so much isolation, it’s easy to see how vital that connection can be.

To give sponsorships or donations: midwestartistacademy.org/give.