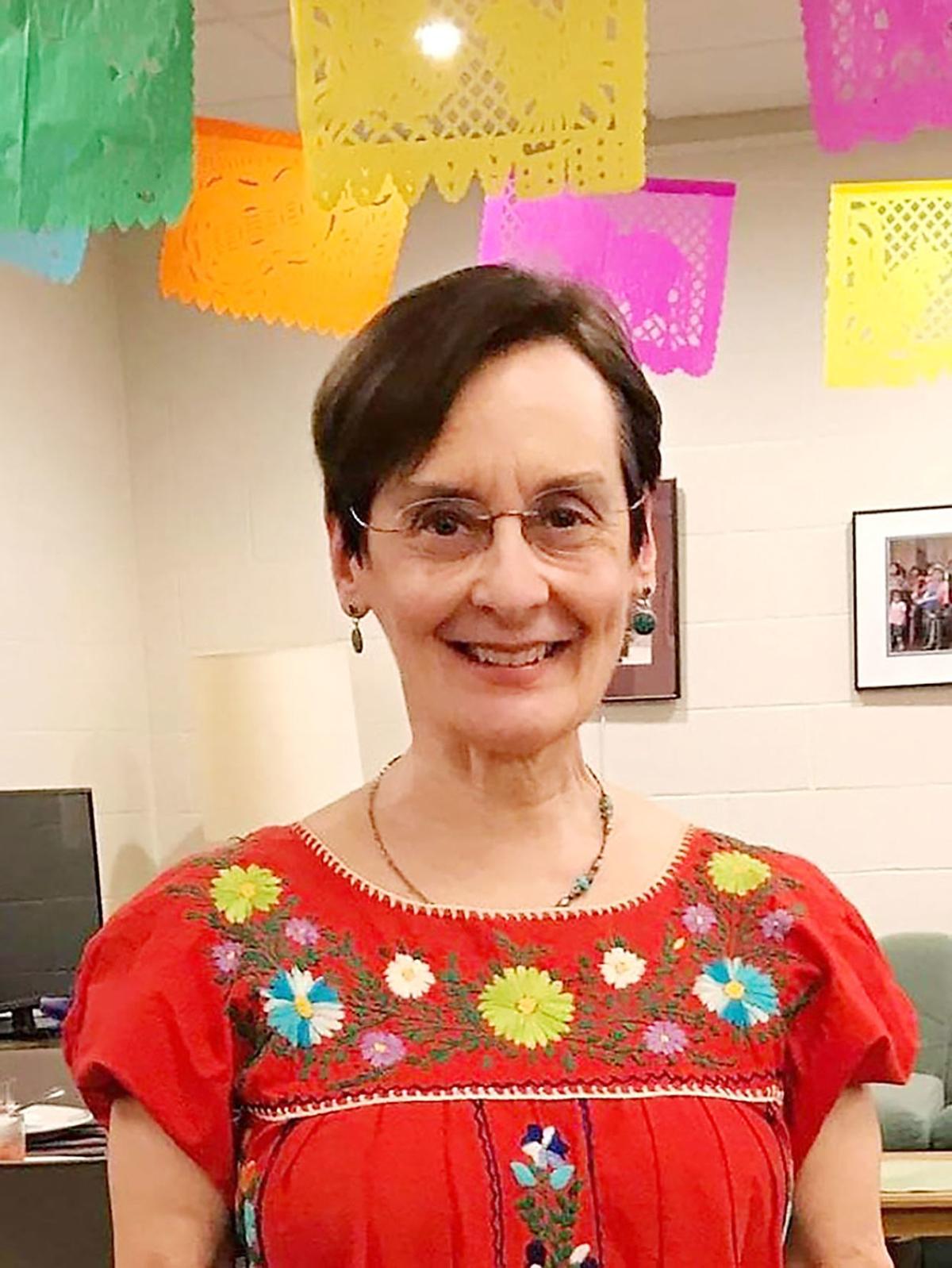 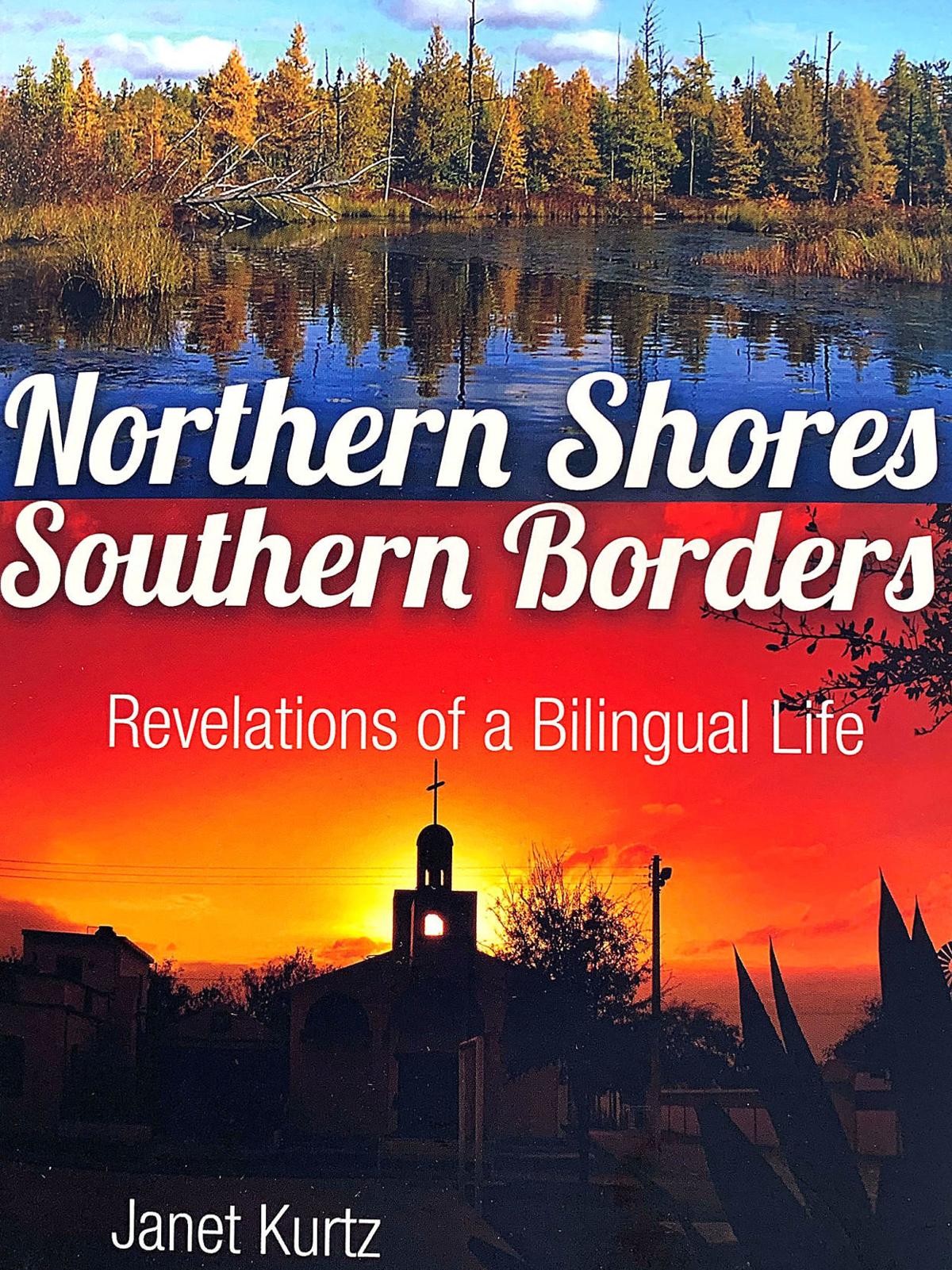 Janet Kurtz took an interest in learning the Spanish language for reasons of exclusivity.

“I guess it was like a secret code, and I could start understanding things that not everybody could,” Kurtz said in a phone interview.

The Brainerd, Minn., area resident, who grew up in Eau Claire, describes the adventures and friendships she gained through bilingual skills in her new book: “Northern Shores — Southern Borders: Revelations of a Bilingual Life.” In short, speaking Spanish became more than something she kept to herself and a select group but has shared with the world through teaching, visiting other countries and helping people of different cultures.

As Kurtz explained, when she began taking Spanish classes at Memorial High School, led by teacher David Haakenson, known to the class as “el Jefe Supremo,” it didn’t come easily.

“For me it was a struggle because I remember sitting there with my workbook and a dictionary, trying to figure out word order, and just being excited to put a sentence together,” she said.

But she immediately saw the allure of a different language and culture through a trip to Saltillo, Mexico, the summer before her junior year.

“Being in the country motivated me,” she said. “I could talk to real people. Had I never gone out of country it would have died right there.”

Saltillo, which she also visited the next two years after the initial trip, was just the start. While a junior at Hamline University in St. Paul, she spent a semester in Seville, Spain. Many more travels have followed.

Kurtz eventually took her knowledge and appreciation of Spanish into the classroom as a high school teacher in Minnesota and, later, a faculty member at Central Lakes College in Brainerd.

“That’s what I think really helped me as a teacher because being enthusiastic to share something that you love, it’s a two-prong thing,” she said. “One is you can get other people really excited about things too and come along on a trip. Or sign up for a class or go meet Jorge down at the Mexican restaurant.”

A second element involves the value of broadening horizons. “Why wouldn’t you just want to enlarge your own boundaries and cross those boundaries?” she asked rhetorically.

That passion for another culture ultimately would lead Kurtz on adventures that may be out of others’ comfort zones. Here are some of the experiences she shares:

• Kurtz brought her then 12- or 13-year-old son Greg with her to Comer, Ga., while she worked with a group called Jubilee Partners. The trip involved translating and doing other volunteer tasks for Central American refugees using the so-called Overground Railroad (via bus) in the 1980s.

• Traveling with the group Augsburg College Global Education, Kurtz went on a study trip to Guatemala and Nicaragua in 1994. The journey was designed to show participants the poverty and injustice in Central America and the role played by U.S. foreign policy.

• Another Augsburg study trip, in 2000, took her to Mexico around the time of that country’s elections, giving them the opportunity to tour, hear from experts and, if they wanted, serve as official election observers; Kurtz described her role there as “less official.”

• In 2003, Kurtz returned to Guatemala on a medical mission trip led by the nonprofit group Helps International.

During those travels, Kurtz sometimes found herself in potentially dangerous situations. She acknowledged her book diverges from fun to more serious experiences.

“I didn’t know for several months how I was going to make this into one book because the first part is sort of like, ‘Oh tra la la, this is fun, isn’t that neat?’ ” she said. But as the book progresses: “Bam. What do you mean people are being disappeared in the streets of Guatemala, and this is a kidnapping announcement in the newspaper?”

Kurtz was inspired to take those journeys through her genuine admiration for people and places she encountered on her life’s path.

“So I think that as I met these people, I had already grown to appreciate their culture and really love who they were as human beings,” she said. “And when I started finding out what was going on, it was for me, and I think for most of us, kind of this natural next step of, ‘Oh, what can be done, or what can we do, or how does that work?’ ”

That is to say, she wanted to take her activism to the next level.

“I just felt so kind of helpless just writing letters to the editor, like I did, and letters to my congressman, which I did,” she said, comparing her sense of commitment to that of others in her generation.

Jubilee Partners seemed like a logical first step because she was staying in the U.S. “At that point, it gave me an opportunity to still keep myself safe — I wasn’t going to Central America ... but I could do something hands-on past just paper and pencil,” she said.

Kurtz learned recently how much her son valued that time in Georgia, where he attended school while she worked with refugees.

“Just yesterday,” Kurtz said, “Greg was talking to my mom and said, ‘You know this stuff that’s going on with racism right now, and I’m trying to explain it to my 11-year-old daughter. And I’m so glad that my mom took me to Jubilee Partners because I had the chance to just meet these people when I was at an age where they were just kids, they were just people.’ ”

Kurtz elaborated on why she thought it was important.

“How do we avail these experiences to our children when we do live monolingual or monocultural or almost monocultural lives,” she said. “Because I don’t want people to be color blind and not notice it. I still think the beauty is noticing it and respecting and appreciating it. So (Greg) got a whole lot of different countries and different languages for three months.”

“The areas that I went to I usually chose what I considered maybe a lesser risk factor,” she said, adding that she didn’t go by herself but with respected groups such as Augsburg Global Education.

On the 2003 trip to Guatemala, the group had a military escort because, Kurtz writes, a tenuous peace agreement had been signed by the government and “so-called rebels.”

Those experiences impressed one of the readers of “Northern Shores — Southern Borders.”

“She puts herself right in situations that are a little breathtaking to me, sitting here in my recliner,” Jim Alf of Eau Claire said in a phone interview. “It opens up to me a more complete view of the author, in addition to a good story.”

Alf shared a lengthy review he wrote of the book that offers his detailed impressions in a lively tone. In one of the accolades that speak to Kurtz’s goal of sharing her bilingual gifts, Alf writes: “This author writes with an elegance that makes learning fun.”

“It was kind of like two books in one,” Burt said in a phone interview. “Kind of a reminiscence of learning Spanish and going to Mexico for the first time and how exciting that was. And then the second part was really interesting because it gives you such a picture of what is really happening in Central America.”

Both Alf and Burt know Kurtz because, like Kurtz’s mother, they attend First Congregational United Church of Christ in Eau Claire. And, like Kurtz, Burt took Spanish from David Haakenson; she went on one of the many summertime school trips to Mexico that Haakenson led.

The experiences recounted in the book can lead a reader to think Kurtz has a photographic memory, considering the details that fill her memoir.

By way of explanation, Kurtz referred to a photograph on the dedication page of “Northern Shores — Southern Borders,” in which her mother is shown holding a large scrapbook. That book contains her mother’s journal entries from when Kurtz was in Saltillo.

The then-prohibitive cost of long-distance phone calls provided another memory aid for the time she spent in Spain: the many air-mailed letters that were exchanged. Cassette tapes and some video camera recordings also helped her relive those times.

Kurtz credits her writing group with helping her craft the book. Together for more than eight years, it was originally an all-women’s group. But over the last five or six years several men have joined them for monthly meetings at the library.

“It’s just a place where you can open up, and they’ll tell you, ‘That didn’t make sense,’ ‘This made sense,’ ‘Oh, you really have to lose that,’ ” Kurtz said.

During the writing process Kurtz was asked multiple times who she saw as her audience for the book; she didn’t really know. But based on the comments she has received so far, she realizes “Northern Shores — Southern Borders” illustrates her teaching philosophy, relying on stories rather than rote memorization of dates and the kinds of events contained in textbooks.

Thus, like her students, readers can experience vicariously a previously unknown world that Kurtz has revealed to them.

“Maybe by following my path slowly, by the end of the story people will have also kind of fallen in love with some of these folks, or ask some important questions or open their eyes,” she said.

Perhaps the readers may be inspired to seek out those experiences firsthand as well, which likely Kurtz would take as high praise.

• The book also will be available online for mail-out or pickup through the Chippewa Valley Museum: 715-834-7871; cvmuseum.com/store/.