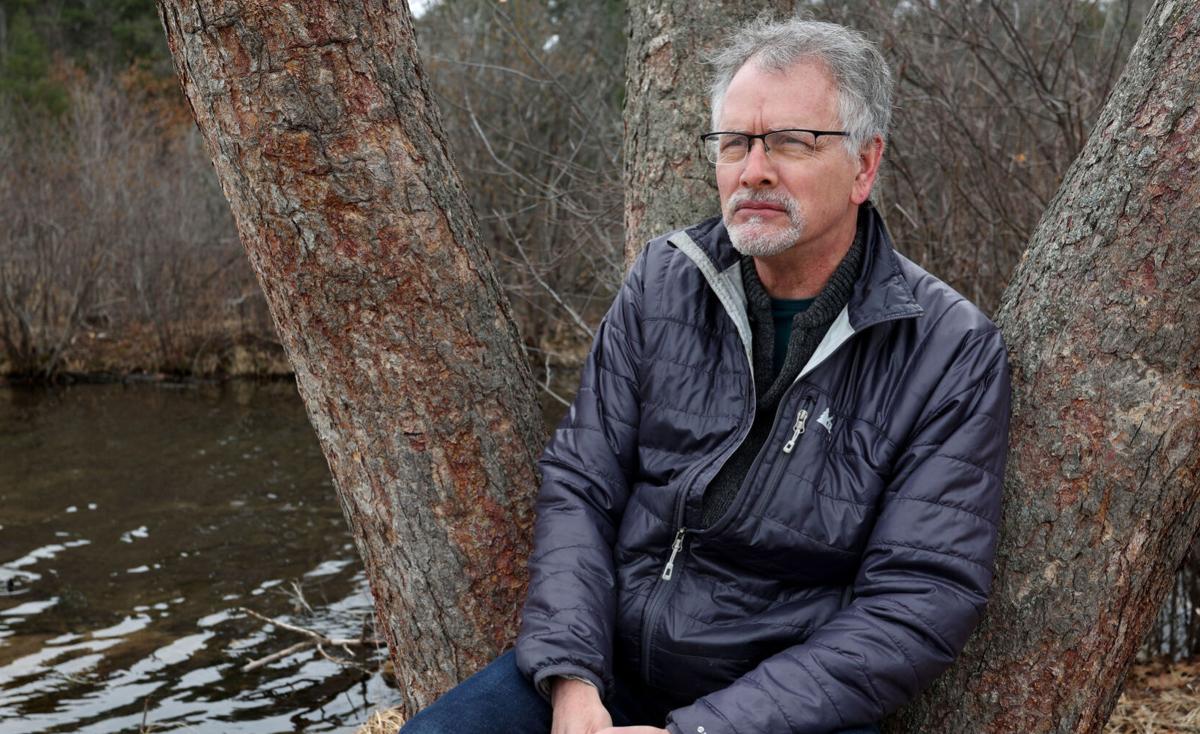 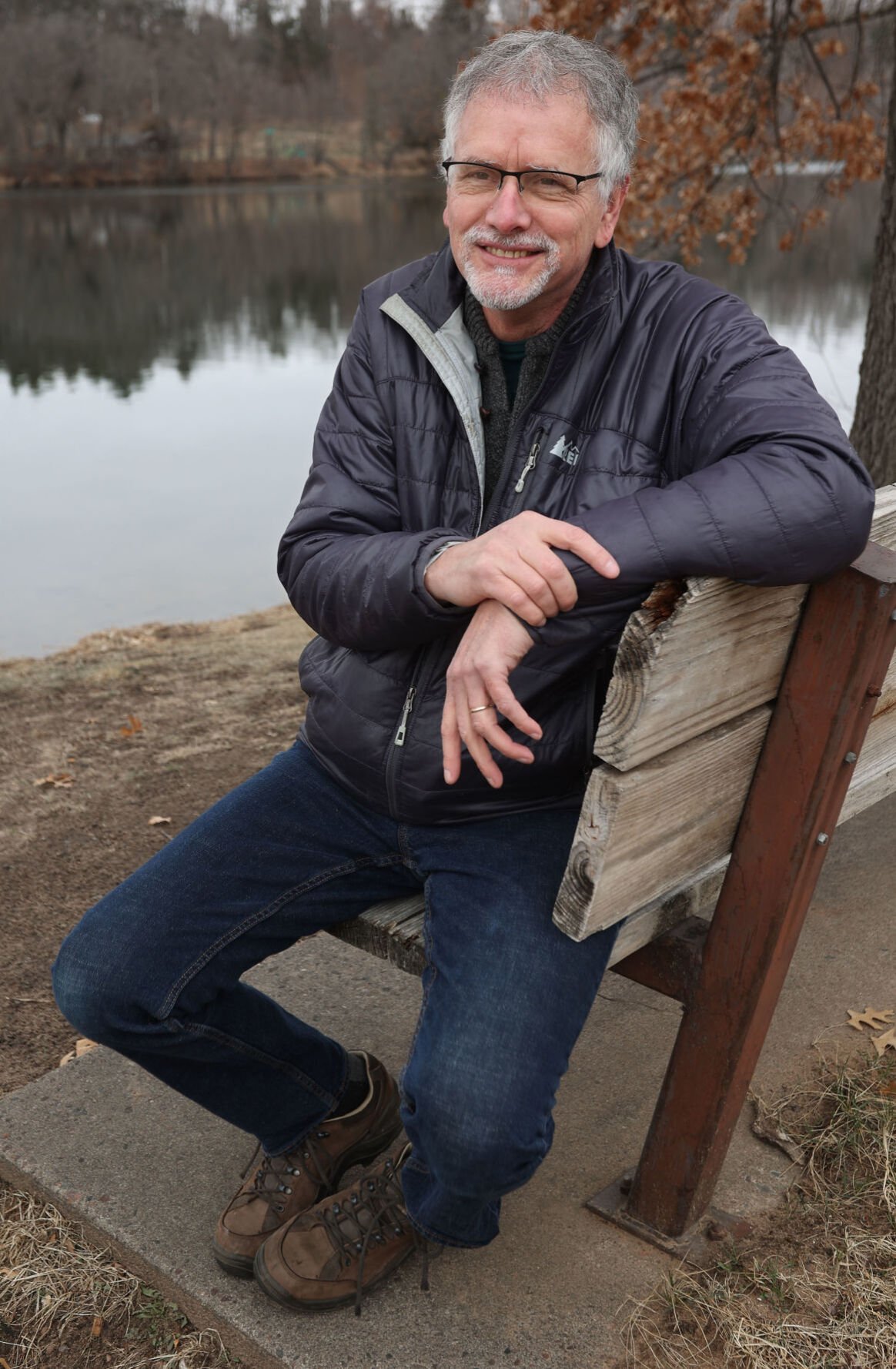 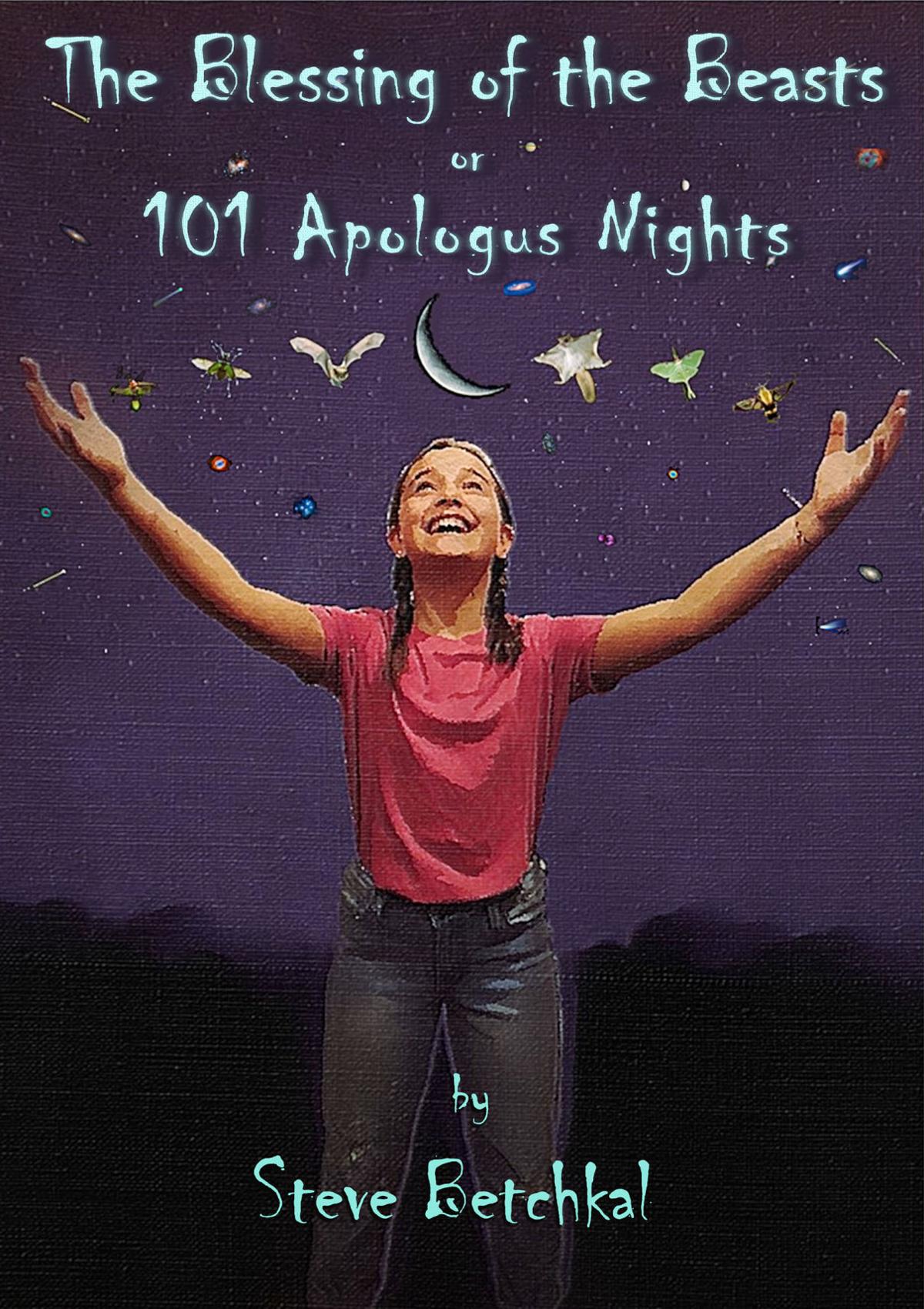 “The Blessing of the Beasts” or “101 Apologus Nights” is the latest book by Eau Claire author Steve Betchkal.

“The Blessing of the Beasts” or “101 Apologus Nights” is the latest book by Eau Claire author Steve Betchkal.

EAU CLAIRE — For all the skills that Steve Betchkal has brought to his career as an award-winning journalist, he puts one above the others: storytelling.

“I think journalism is storytelling,” the Eau Claire resident said in a phone interview. Betchkal worked as a video journalist for 33 years at WEAU-TV, and he continues to do freelance work. His honors include five Emmy Awards and an Edward R. Murrow award for news writing.

“Basically, whether you’re talking about features or hard news, you’re doing the same thing; you’re trying to tell a story,” he said. “Whether I’m talking nonfiction or fiction, or doing a story, video essay or a story for TV, it is telling a story.”

Betchkal displays that talent in an ambitious new work of fiction. “The Blessing of the Beasts” or “101 Apologus Nights” features 27 stories that combine his love for a stirring tale along with his expertise as an ornithologist.

Adapting the concept of “1,001 Nights,” also known as “Arabian Nights,” Betchkal’s protagonist is Cara, a precocious 11-year-old girl who spends a succession of summer evenings (101 rather than 1,001) listening to delightful and instructive stories from nocturnal creatures that she meets (or catches) in her backyard. The chapters not only are filled with adventure and variously humor and tragedy, but vivid descriptions the natural world and its inhabitants.

Betchkal’s impressively prolific output — counting this book in and of itself as well as the previous seven he’s published — comes from an interest he has long possessed.

“I started creative writing when I was in probably fifth grade, and I took creative writing classes in high school twice and then in college three times in three different schools,” he said. “And so I’ve always loved it.”

In fact, Betchkal recently returned to his hometown of Racine to give a copy of “101 Apologus Nights” to Diane Belland, his creative writing teacher at Horlick High School. Betchkal acknowledged his skills have improved over the years.

“When I was 17 and in Mrs. Belland’s class, I was a horrible writer,” he said. “Because, one, I hadn’t practiced the skills. I didn’t know how to construct a good sentence really. And then I didn’t have any life experiences, and that was so important.”

He has learned firsthand over the years just how important.

“I can draw on life experiences like you wouldn’t believe,” he said. “I don’t know how many times I’ve almost died. I think I counted once I spent 10 lives out with near deer collisions, or one time I was climbing a glacier, and a rock came loose and hit my thigh and could have knocked me 500 feet down a cliff. So all the things that you experience when you start to write, you just can pull them from the back of your head. You’ve known people who have died, you’ve gone through trials and tribulations of parenting, you have worked a full career.”

For example, his life experiences informed the story “Bolivar’s Travels.” Told to Cara by a Nighthawk, it involves a Black-throated Green Warbler born in the Chippewa County Forest who, with his family and other traveling companions, makes a migratory journey to Mexico’s Yucatan Peninsula.

“I have told that story dozens of times,” he said, “in public programs, in articles in the Leader-Telegram — what does a bird do on migration and what are the stressors it faces? When I sat down to write it, I got that idea when I was 17 years old in Mrs. Belland’s class. And at that time I couldn’t do anything with it. And it was a dumb idea. The birds have this war with humans because they’re upset about how the people are treating the world.”

It was a different story, literally as well as figuratively, when he crafted it many years later.

As an ornithologist, Betchkal is well-versed in bird identification, behavior, anatomy, and conservation. His books on the subject include “Walk the Walk, Camp the Camp, Bird the Bird”; “Make Birds Not War”; and the ebook “Birding Trails Wisconsin: 100 Birding Locations Across the Badger State with GPS Coordinates for All Locations.”

Betchkal has presented bird programs around the state as well as in Michigan, Illinois and Minnesota. He currently is teaching “Backyard Birding,” a four-week class through UW-Eau Claire Continuing Education.

Betchkal wrote the stories that fill “101 Apologus Nights” over the past decades. Some were from the 1990s and others 10 to 15 years ago.

He thought for a while about how to weave them into a cohesive set. Then, while driving from a backpacking excursion in West Virginia, the idea of “Arabian Nights” ignited a creative spark.

In that classic, a girl must tell a new story every night to keep a king from killing her. Cara’s life isn’t on the line in Betchkal’s narrative; she enjoys the company of friendly creatures with enthralling tales that share lessons about humanity. “Apologus,” after all, is defined as “teaching story,” Betchkal notes.

Betchkal had about 16 stories to start with when he came up with the 101-night framework. He completed his work with a flourish, creating some of his favorites from last July to November. “Bolivar’s Travels” is one, and others include:

• “Bernadette Who Hears Things,” a tale inspired by St. Bernadette Soubirous of the Pyrenees, although Betchkal set his story in Quebec.

• “The 40 Thieves,” a modern take on what Betchkal calls “one of the best stories, I think, ever written.” He comes up with ingenious ways to work in all 40.

• “The Lesser Angels,” in which Sandalphon, Artiya’il and Lailah (aka Sandy, Arty and Layla) offer a young boy a lesson in the responsibilities of science as well as the allure.

Of course, some of Betchkal’s creations were developed over a longer period. One of his favorites, “The Calendar Prince,” took him about a dozen years. In this, the final tale of the collection, a young boy by chance meets “the crown Prince of Zatawan” and sees him undergo frightening changes over a week’s time.

The description Betchkal uses for his stories is “spirito-environmental,” which reflects his love for nature and interest in matters of faith — the latter subject shows up in “Bernadette,” “The Calendar Prince” and “God’s House.”

“They are about humans’ relationship with the planet and with that I believe that is also an expression of spirituality,” he said. “And a lot of them have to do with the best values of humanity. And I’m always about not what’s awful but what’s good, and if it’s not good how can it be better.”

Betchkal is happy to share his scientific knowledge through facts slipped into the narrative. For instance, before the House Centipede launches into the story “God’s House,” it is pointed out that a centipede has 30 legs and belongs to the order of Chilopoda, which is to say, it is not an insect.

“These are just things that are meant to be geeky, but they’re real scientific facts that somebody who’s into science would know,” he said.

In that respect Betchkal’s creative writing reflects his goal to teach as well as entertain.

“I want to expose people to the wonders of nature, I want to make them understand that it’s amazing and it’s worth preserving,” he said. “And if I’m a geek about it, too bad. I love it, I’m a geek and I embrace that.”

Nickolas Butler, an Eau Claire resident and author of the novels “Shotgun Lovesongs,” “The Hearts of Men” and “Little Faith,” noted the way Betchkal combines storytelling with scientific expertise.

“‘101 Apologus Nights’ is an original and whimsical book,” Butler shared in written comments. “It combines the best of folklore — the easy reading storytelling techniques and tone — with deep ecology and certainly Steve’s love of birds and the environment. I don’t think there are a whole lot of books filling that kind of space for readers.”

B.J. Hollars, a UW-Eau Claire associate professor of English and the author of literary nonfiction works such as “Midwestern Strange: Hunting Monsters, Martians, and the Weird in Flyover Country” and “The Road South: Personal Stories of the Freedom Riders,” also commented on the dual strengths of the book.

Another Hollars book is “Flock Together: A Love Affair With Extinct Birds,” for which he consulted Betchkal.

One of his books, “Cattails,” consists of impromptu stories he told them from a rocking chair in the dark. (A second volume, “Cattails 2,” is planned.)

“The boys would say to me, ‘Dad, tell me a story,’ and so I had to come up with something,” he said. “And one of the things I had to come up were these cattail stories, which were very brief stories about a man and his cat, and it always ended with, ‘and the cat went to sleep on his chair.’"

One story in the book, “The Elf and the Wayward Wasps,” came from what he would tell his sons from the rocking chair in their bedroom.

“My boys had a bunk bed, and they would sit there and they wouldn’t say anything, but in the dark you’d just see their little minds following along as you told this this make-believe story up in the dark,” he said.

That time, with the impromptu creativity, was always satisfying, Betchkal recalled.

“To this day I’m sure that had an effect on their imagination,” he said. “Neither of them is a writer, but they are still creative. And I think that kind of feeds the brain.”

That realization points out still more evidence of the power of storytelling.

• To buy Steve's Betchkal’s “The Blessing of the Beasts” or “101 Apologus Nights,” go to  https://forms.gle/XHCFjz9zrRiteZtR6.

• Through that link two other books also are available: “Walk the Walk, Camp the Camp, Bird the Bird”; and “Make Birds Not War.”

•  “Birding Trails Wisconsin: 100 Birding Locations Across the Badger State with GPS Coordinates for All Locations,” also by Betchkal, is an ebook available through Amazon: tinyurl.com/35tmnj8e.

Steve Betchkal and Micah Davis, both of Eau Claire, were nominated for four Regional Emmy Awards for “Story Time with Steve & Micah,” a story-producing effort on Facebook.

They were nominated in the following categories: editing, health, science and environment, and news writing.

To see their documentary-style videos, go to facebook.com/StoryTimeCV.