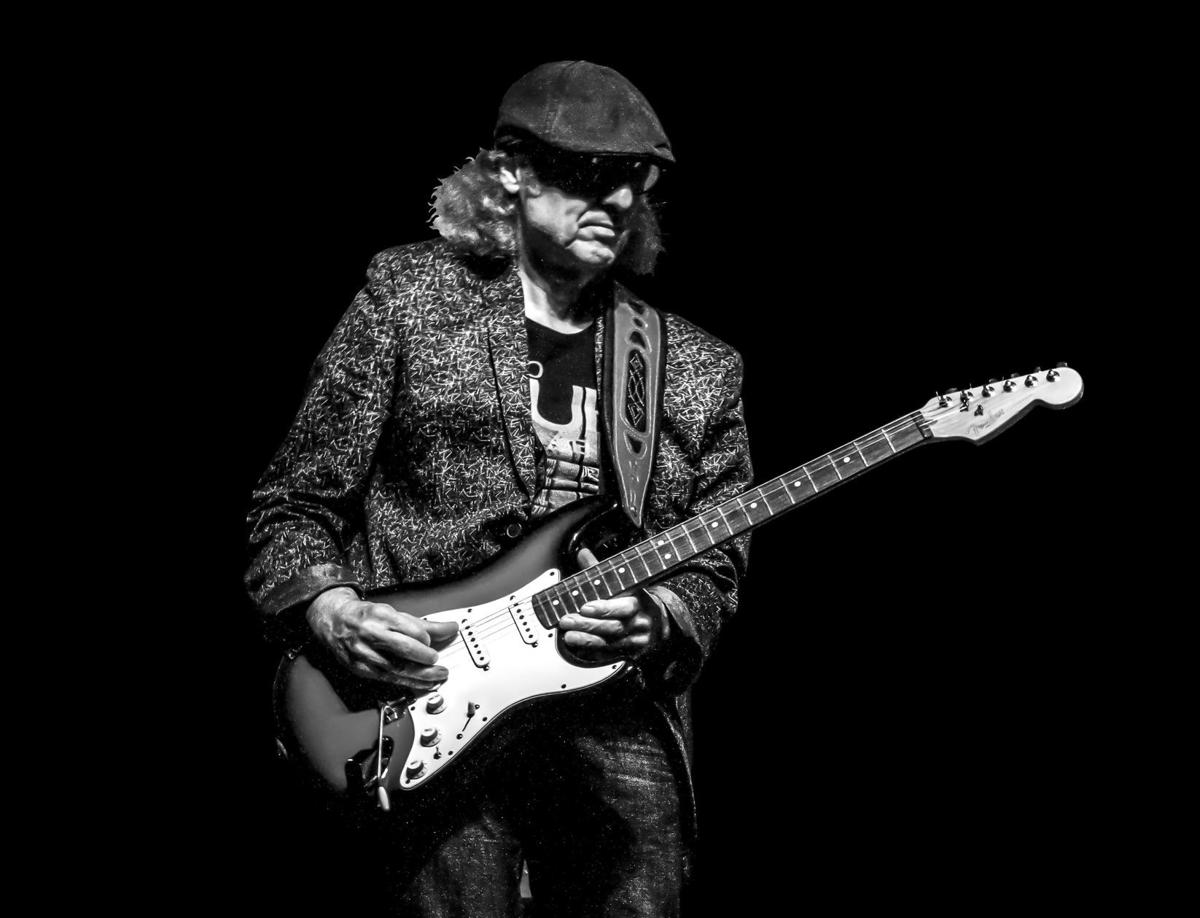 Chicago Blues Hall of Fame inductee Michael Charles will perform Jan. 26 at the Heyde Center for the Arts. Charles said the show will be composed mostly of original songs from his more than five decade-long career, with a few covers. 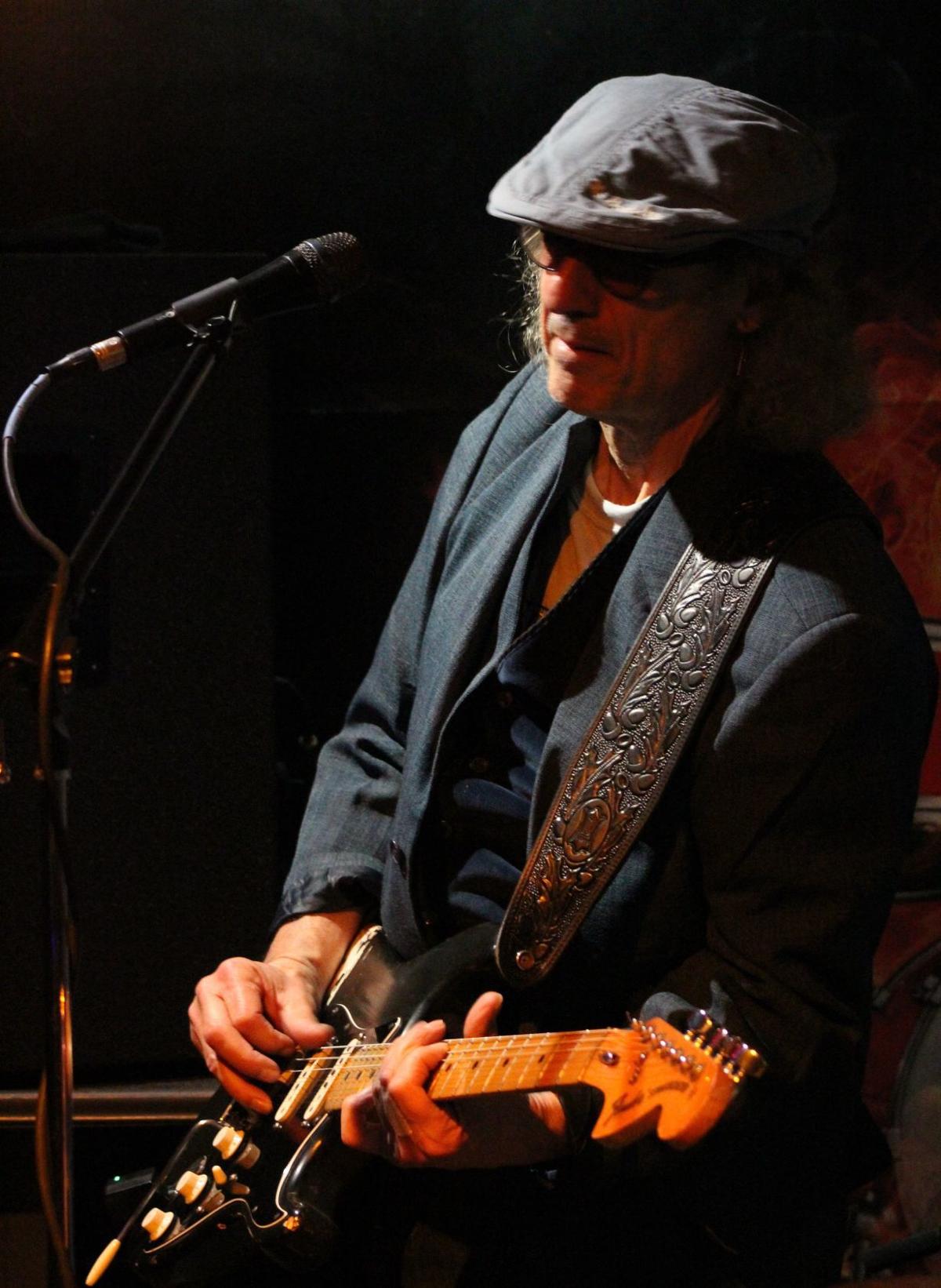 Chicago Blues Hall of Fame inductee Michael Charles will perform Jan. 26 at the Heyde Center for the Arts. Charles said the show will be composed mostly of original songs from his more than five decade long career, with a few covers.

Chicago Blues Hall of Fame inductee Michael Charles will perform Jan. 26 at the Heyde Center for the Arts. Charles said the show will be composed mostly of original songs from his more than five decade-long career, with a few covers.

Chicago Blues Hall of Fame inductee Michael Charles will perform Jan. 26 at the Heyde Center for the Arts. Charles said the show will be composed mostly of original songs from his more than five decade long career, with a few covers.

When Michael Charles moved to Chicago nearly 30 years ago with dreams of joining the ranks of the city’s iconic blues scene, it was a culture shock to say the least.

The blues musician got on the airplane that day from his native Melbourne, Australia, donning a T-shirt as it was the middle of summer there. But February in Chicago was an entirely different story, he quickly learned. He emerged from the plane after what was then a 36-hour flight without a jacket. He had no idea what he was getting himself into — he’d never traveled to the U.S., experienced snow or felt the cold in that way.

But that day, as Charles looked out his hotel room window and watched snow fall for the first time, he just knew the move was a new dawn on his career. He could feel it.

“I ran out there, getting covered in the snow and people are staring at me thinking I’m some kind of nutcase,” Charles recalled with a laugh. “But it was just a beautiful thing to see when you’d never seen it, all these snowflakes landing on you.”

Flash forward to now, and Charles has performed up and down the Chicago blues circuit, performing alongside legends like Mr. Buddy Guy, James Cotton, Junior Wells and Jimmy Dawkins, toured all over the world, released more than 30 albums and was inducted to the Chicago Blues Hall of Fame in 2015.

“Chicago is home for me now,” Charles said in a phone interview Monday. “When I do go back to Australia — I go back about once every two years — it feels like I’m visiting now.”

The Grammy-elected blues singer-songwriter and guitarist will be performing for the first time in the Chippewa Valley at 7:30 p.m. Saturday, Jan. 26 at the Heyde Center for the Arts, 3 S. High St., Chippewa Falls.

“I’m always excited going into a new area because it opens up some new doors,” Charles said. “You’re playing for a new audience, and sometimes it can be a challenge because, you know, a lot of those audiences may have heard about you or your music but haven’t seen you up on stage. But you just hope that within the first three to four songs that you’ve claimed them and the audience is yours. I love that feeling.”

Heyde Center executive director Deb Johnson said she jumped at the opportunity to host Charles when he expressed interest in playing in the area.

Pointing to the Chippewa Valley Blues Society’s Tuesday Night Blues throughout the summer in Eau Claire, the Blues on the Chippewa music festival in Durand and other similar summer area events, Johnson said there’s clearly a strong interest in the genre, but there aren’t as many opportunities to see blues performers at the time of the year.

On top of that, Johnson said Charles’ performance will be unique to other blues performers, being that he started his career in his home country Australia, then moved to Chicago, which has a blues style that is unique to other areas of the United States.

“We like to be able to bring in different types of flavors of all different kinds of music,” Johnson said. “Michael Charles has a whole different take on it to offer.”

Charles said his performance will mostly be composed of original songs from throughout his five decade-long career, as well as a few covers of crowd-pleaser tunes sprinkled in — with his own twist, of course.

“I always throw in those maybe two or three songs that I didn’t write — songs that I grew up with in my early years that I just liked playing back in the day and that I still like playing today,” Charles said. “And what I’ve noticed too is that when you do that, you see those eyes light up.”

Over the years, Charles said his music has evolved in several ways — to some degree, it’s only natural as you spend more time playing and you improve.

“It just happens automatically as you get better at your craft ... that’s going to happen no matter if you move from one place to another,” Charles said.

But what has perhaps most changed Charles is the Chicago scene, he said.

“When I first came to Chicago, of course I started playing all the blues clubs and rubbing shoulders with musicians that I only knew about from album covers back in the day, and here I was sharing stages with these world-acclaimed musicians,” Charles said. “They have a big impact on you.”