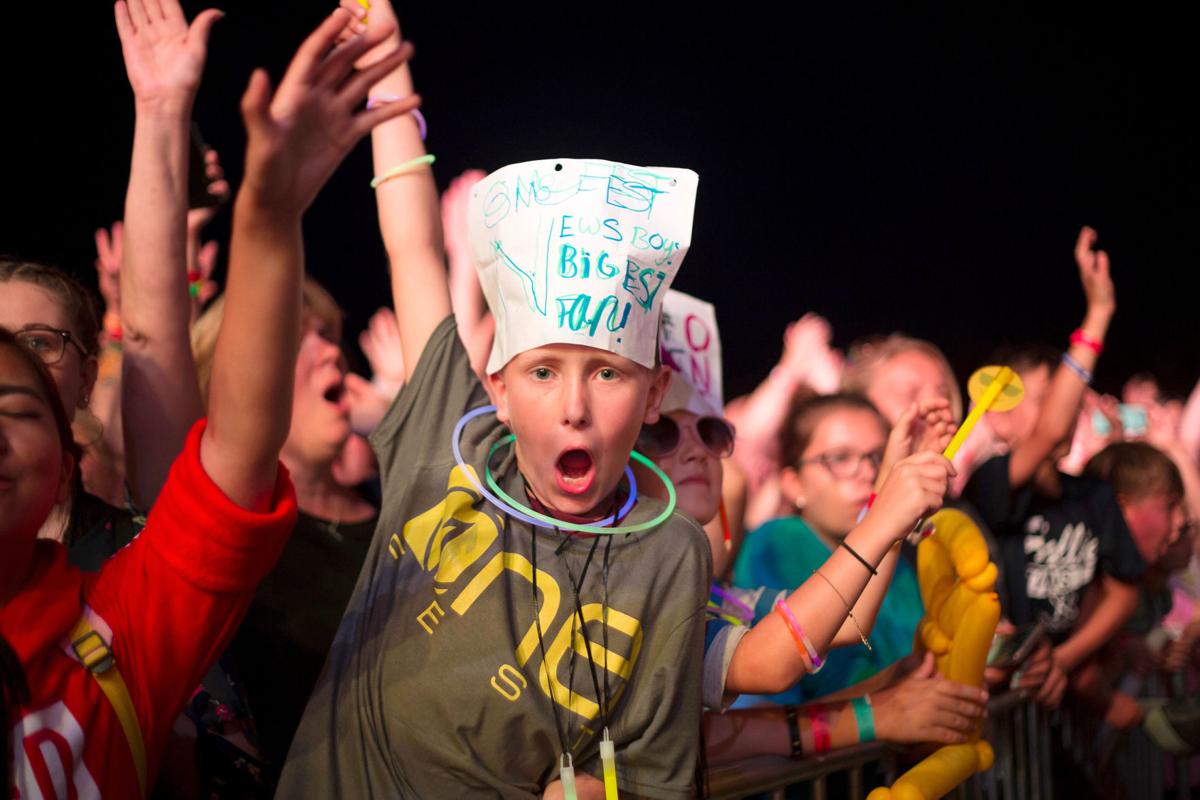 Fans revel in the music and message at the 2019 OneFest Christian music festival. The event will be Friday through Sunday at the Northern Wisconsin State Fairgrounds in Chippewa Falls. 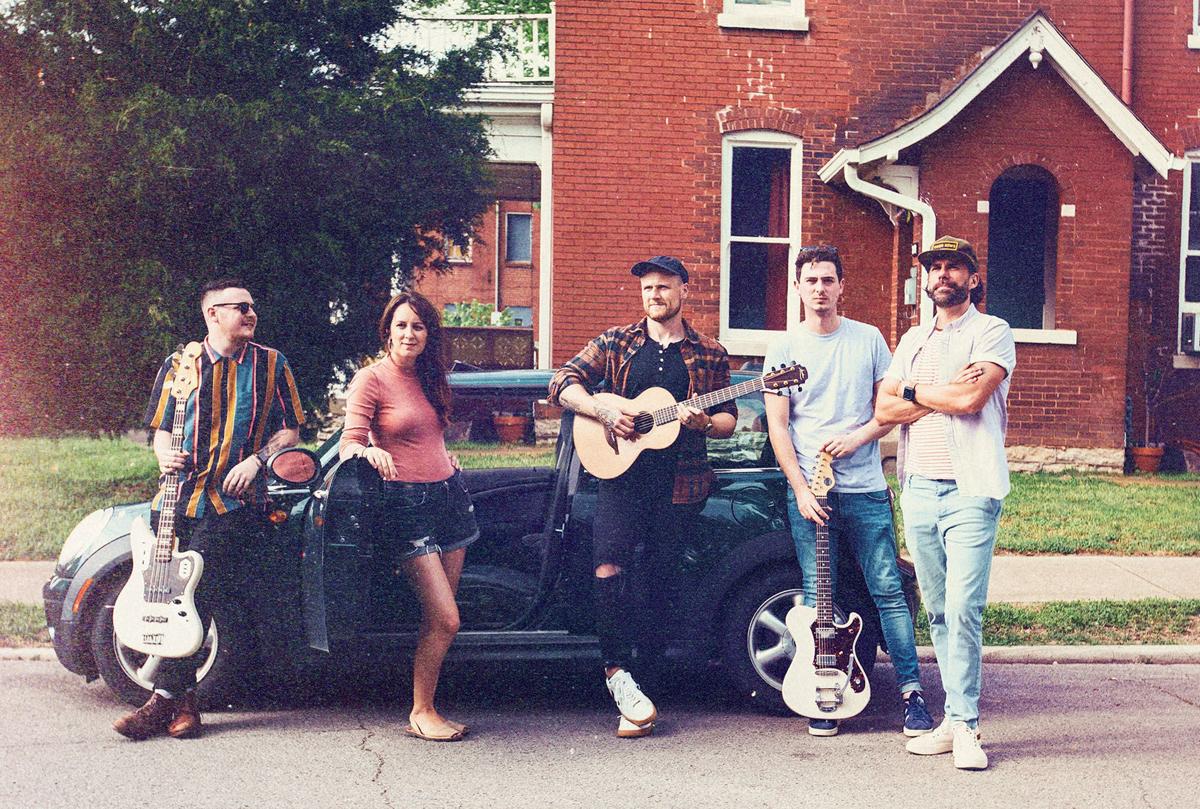 Irish band Rend Collective has to their credit songs such as "My Lighthouse," "Build Your Kingdom Here," "Rescuer" and "Revival Anthem." 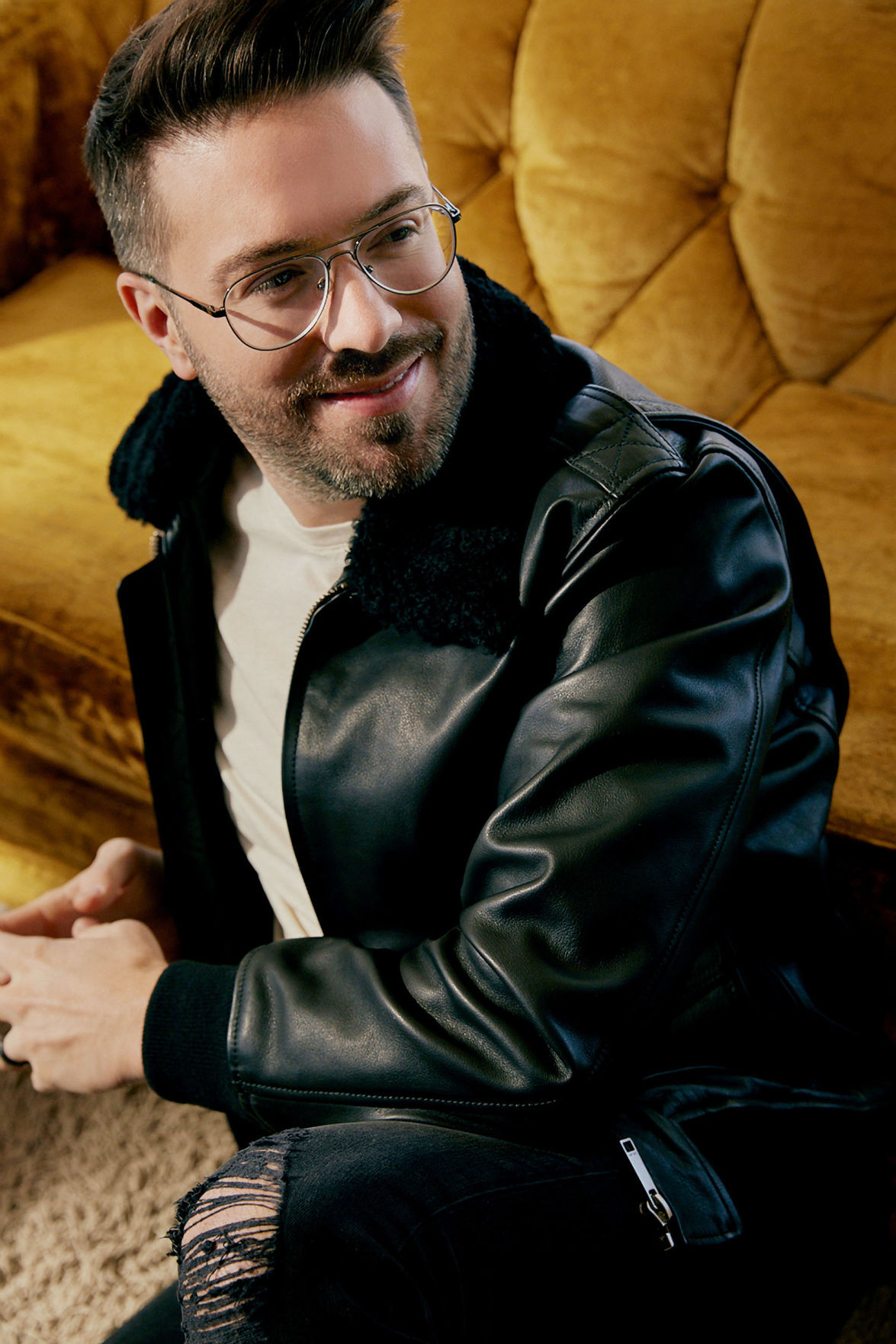 Danny Gokey, who is headlining the Saturday lineup at OneFest, was a top-three finalist on Season 8 of "American Idol." He has gone on to score No. 1 albums, hit singles such as "Tell Your Heart to Beat Again" and "Haven't Seen it Yet," three Grammy Award nominations and two Dove Awards.

Fans revel in the music and message at the 2019 OneFest Christian music festival. The event will be Friday through Sunday at the Northern Wisconsin State Fairgrounds in Chippewa Falls.

Irish band Rend Collective has to their credit songs such as "My Lighthouse," "Build Your Kingdom Here," "Rescuer" and "Revival Anthem."

Danny Gokey, who is headlining the Saturday lineup at OneFest, was a top-three finalist on Season 8 of "American Idol." He has gone on to score No. 1 albums, hit singles such as "Tell Your Heart to Beat Again" and "Haven't Seen it Yet," three Grammy Award nominations and two Dove Awards.

CHIPPEWA FALLS — Christian music emphasizes message as well as the singing and instrumentation, and seeing that genre performed live makes the total experience even more powerful.

She described that special experience as “being able to see somebody that you hear on the radio all the time but now you get to hear them in person and hear their stories and why they wrote the songs they did.”

The lineup features internationally known as well as local talent, and, in a phone interview, Flashinski shared comments about each of the acts playing at the Northern Wisconsin State Fairgrounds.

Friday night’s headliner is Rend Collective, a band from Ireland with hit songs such as “My Lighthouse,” “Counting Every Blessing” and “Build Your Kingdom Here.”

“I saw them at another festival, and I was just blown away by their energy and passion, and the number of instruments they had,” Flashinski said. “It’s a great show, great to end the first night of a festival.”

They also bring their appealing Irish accents, she added, so “everybody will enjoy hearing them talk.”

Here are the others on the Friday schedule along with Flashinski’s comments:

• 7eventh Time Down — “I’ve watched my kids listen to their music. And they just are jumping and dancing around, so (7eventh Time Down and Rend Collective) are going to be a fun night for everybody that can make it out Friday night.”

Hit songs of 7eventh Time Down include “God is on the Move,” “The One I’m Running To” and “Just Say Jesus.”

• Hannah Kerr — “I would say for me her biggest song is ‘Warrior.’ And my kids love that song, and it’s a strong young girls song, so I really hope there are females in the audience that love to sing it with her. She’s got a great voice as well.”

• Light45, of Rochester, Minn. — “They’re a hard rock Christian band, so definitely a different genre but still fun to listen to. The highlight for me is their lead singer is actually one of my classmates growing up. I love bringing in somebody I know from way back when.”

The Saturday lineup is headlined by Danny Gokey, a former church music director from Milwaukee who finished third on the eighth season of “American Idol.” Besides his strong showing on the singing competition, Gokey also won admiration for sharing his story about how music helped sustain him through the death of his first wife.

“The stories are always amazing for me to hear,” Flashinski said. “But he’s got so many good songs, both ballads as well as upbeat, get up on your feet and dance and praise the Lord. So it’s going to be a really great time.”

Following are others on the main stage Saturday and Flashinski’s comments:

• Micah Tyler — “He has had some really good songs that have touched me and have been very important at different times in my life, so for me it’s really exciting to see him come. I’ve never seen him in concert; I just can imagine he’s going to be great.”

Tyler has scored hits such as “Different,” “Never Been a Moment” and “Even Then.”

The band, from Nevada, is known for songs such as “Scars,” “No Impossible With You” and “Faithful God.”

• Blanca: “She’s got a song (“Different Drum”) that’s very familiar in our household. But more recently she’s coming out with a lot of Latin American songs. And I believe she’s singing Spanish so I’m looking forward to see what she’s going to bring to the show because she’s got such a different background so that’s going to be exciting to hear.”

• Jason Gray: “He’s from the Minnesota area as well. He’s been here a few times within the year doing little shows. I never get bored watching him because he’s got funny stories in between each song. And so just a great guy to listen to.”

Plus, Gray will be worship leader and deliver the message at the 10 a.m. service Sunday on the main stage.

• Aly Aleigha, of Duluth, Minn.: “She’s got more of an eclectic sound. We’re excited to have her.”

Besides the main stage, OneFest also will offer music Saturday on what during the fair is called the Leinenkugel Pavilion. Here is the lineup for OneFest’s Big Brake Stage and comments from Flashinski:

• A Day Awaits — “We had them in 2019, and people loved them. So we’re looking forward to hearing some new music from them as well as the songs they had brought two years ago.”

A Day Awaits will play during the Sunday worship service.

• Connor Flanagan: “He is a rapper, so that’s exciting to get that rap-hip hop sort of feel.”

• Rachel Nemiroff: With more of a contemporary Christian sound, “She’s newer on the scene, and we’re excited to see her because we’ve seen some good songs from her.”

• CollECtive Choir: “Starting us off on Saturday morning … our local choir from Eau Claire.”

Needless to say, organizers are happy to be preparing a festival after COVID-19 forced cancellation of the 2020 event. Flashinski put it simply: “Amazing.”

“We went from 2,200 to 3,500 people in attendance; that was great growth for us,” Flashinski said, adding that they’re hoping for a similar jump again this year.

“My team has been built, the numbers of people attending have been built,” she said. “It just seems like it’s going to be a great growth year as well, even though we lost a year in between. … You just never know what’s going to happen after you’ve lost a year, but so far it’s looking really positive, so we’re really excited about that.”

While the lineup is expected to draw fans, the festival is about more than music. “There always are faith stories intermixed,” Flashinski said.

In addition, Christian music festivals have a strong family orientation.

“You’re comfortable having your kids there, and there’s things for them to do — lawn games, toys,” Flashinski said. “We just have so many things that are going to be available for the kids to keep them busy and enjoying it. And then they can go listen to some music that are words and music they can trust, and hopefully will build their faith as well as the adults that are here at the festival.”

As Flashinski summarized the goal of the event: “It’s not just sit down and listen, listen, listen. There are things to do for everybody.”

As another goal, the festival aims to give back to the community. The event, which is nonprofit, is itself a ministry, Flashinski said, but organizers also choose a cause to highlight. This year they selected eradication of human trafficking, and to that end they’re supporting the local organizations Rescued & Redeemed and Fierce Freedom.

There will be exhibitors all around the grounds, including other nonprofits and churches.

“I hope that everybody visits them and thanks them for being there because we appreciate them being available and showing their support for OneFest,” Flashinski said.

Of course food vendors will be part of the event. “You can’t have a festival without food,” she said.

New this year, a dance party is planned for older youth and high school ages.

“I’m looking forward to see how that goes,” Flashinski said. “It should be a fun time for that group to have a special space to hang out, and get to dancing, moving around and have fun.”

OneFest was formed with the goal of inviting all Christian denominations. In fact, each of the small group of original organizers came from different churches. That’s why Flashinski never asks attendees which church they attend — she wouldn’t want the question to make anyone feel unwelcome.

“I feel they’re there because they believe, and they want to spread the word about God,” she said. “So I don’t feel it’s important for me to know where they’re at and they’ll find where they need to be. We want everybody to feel included, and want to be part of it if they want.”

In fact, they called it OneFest because they didn’t want to be exclusive.

“We wanted everybody to feel included and learn more about Christ,” Flashinski said. “So when we were sitting down talking about how we were coming from different churches, we felt we were coming together as one to pull this fest together. We wanted to become one.”

Flashinski further clarified the meaning of the name in case people misunderstand.

A lineup full of Christian music stars will be making that same point.

When: Friday through Sunday.

Where: Northern Wisconsin State Fairgrounds, 225 Edward St., Chippewa Falls. Lawn chairs can be brought but are not permitted in bleachers or standing areas. Stadium seats can be brought for the bleacher areas.

Ephesians 4: 1-6: “… I urge you to live a life worthy of the calling you have received. Be completely humble and gentle; be patient, bearing with one another in love. Make every effort to keep the unity of the Spirit through the bond of peace. There is one body and one spirit — just as you were called to one hope when you were called — one Lord, one faith, one baptism, one God and Father of all, who is over all and through all and in all.”