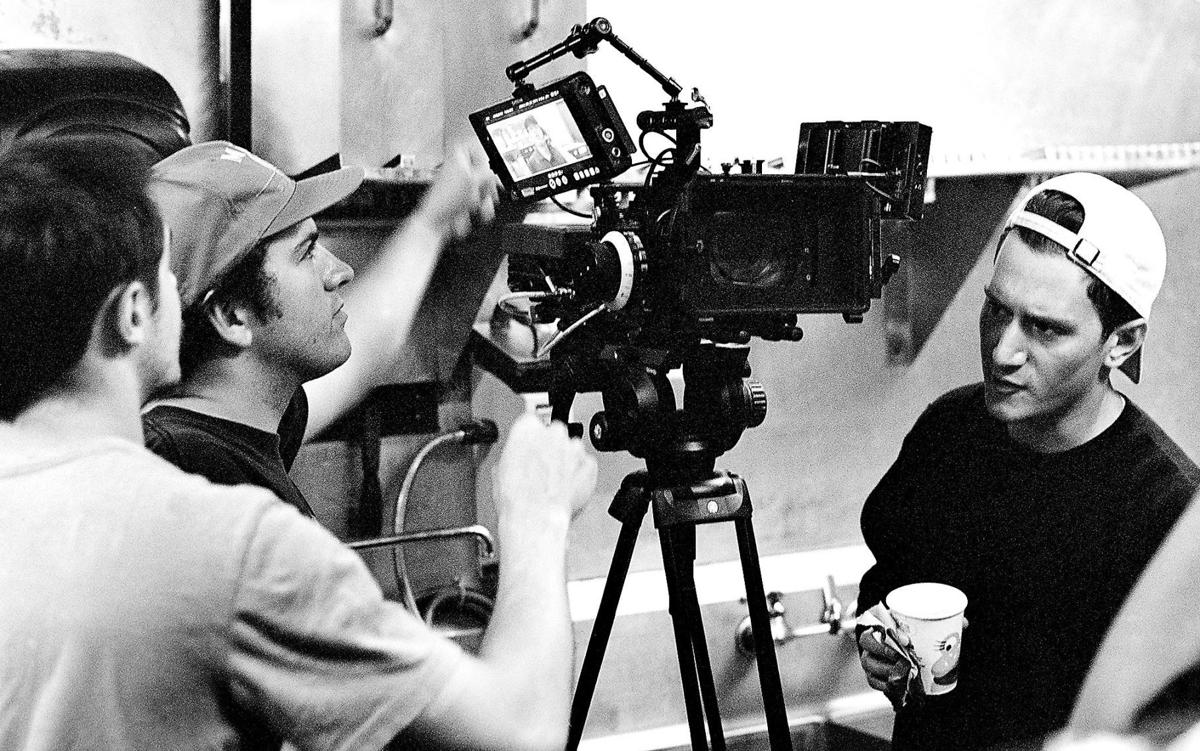 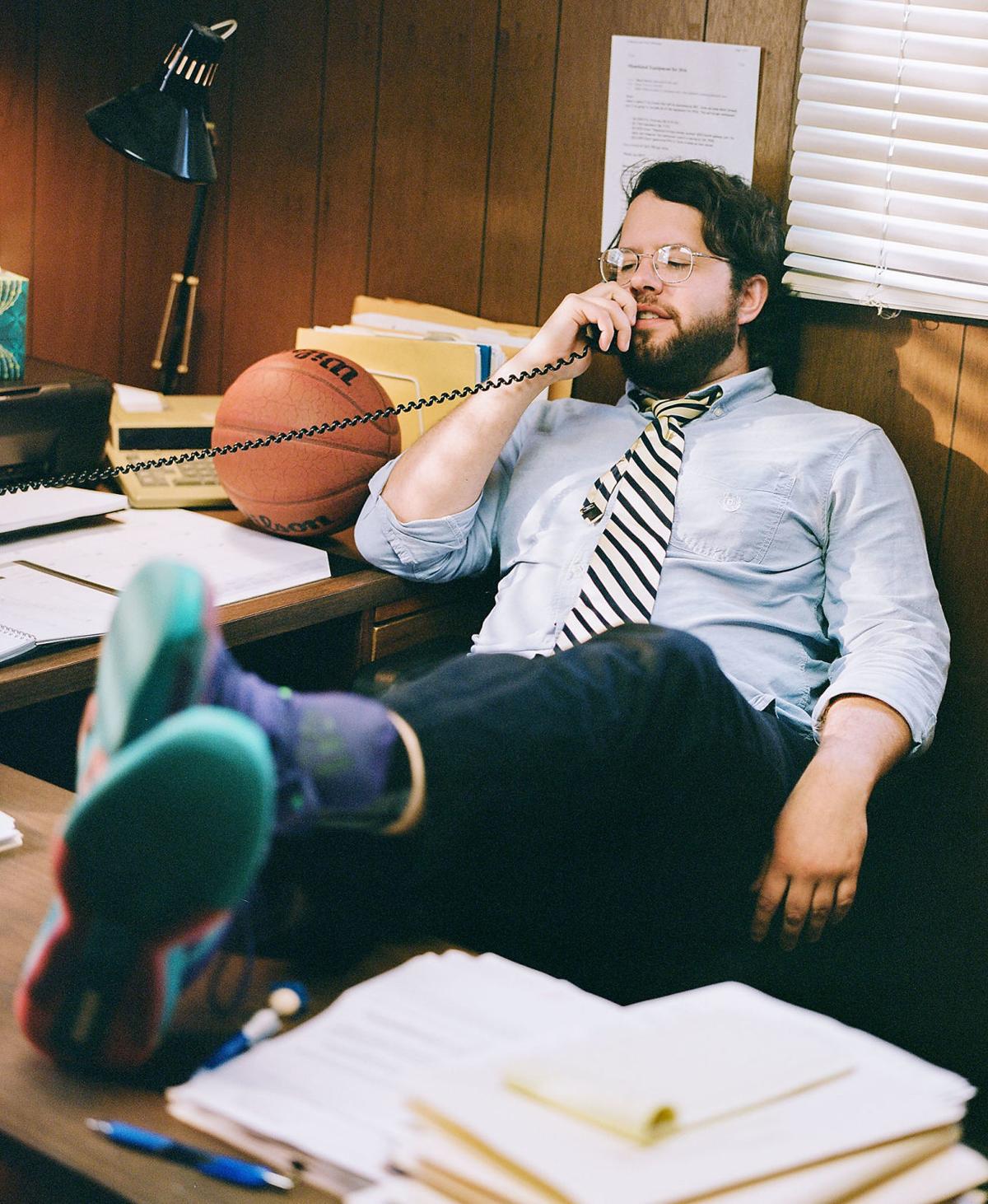 “Jaywalking” main character Aaron, played by Ian Jacoby, sits at his desk at Stendahl Insurance, in this character shot.

“Jaywalking” main character Aaron, played by Ian Jacoby, sits at his desk at Stendahl Insurance, in this character shot.

Growing up making films, Eau Claire native Peter Eaton knew he wanted to build his passion into a career. So he did what he thought he had to do to be successful: Move far away from home.

First he headed to Chicago, where he attended Columbia College Chicago before moving to Los Angeles in 2013. There he spent three years working high-paying, “really exciting” jobs that, he said, were unfulfilling.

It turns out, in order to truly pursue his passion, Eaton had to move back home, where over the last two years he directed and produced his first feature film, “Jaywalking.”

“In L.A., everything is money- and business-oriented because it’s expensive out there,” Eaton said. “Coming back to Eau Claire and making a movie felt like that excitement of making a movie when I was younger. I think the Midwest has always been a pillar for me for storytelling because I feel a sense of place so much here.”

The film follows Nate, 19, and Aaron, 30. The two meet through a chance encounter at a grocery store, and the film follows the summer of their blossoming friendship as they learn about each other and the lives they would like to lead.

It’s not groundbreaking or historically relevant, Eaton said, but the characters have something to offer anyone who is familiar with life in a small town, especially young Midwestern men.

“It’s purely a movie about feeling, emotions, friendship and self-discovery,” Eaton said. “It’s a microscope over a friendship in a small town in the Midwest.”

For Eaton, the characters also reflect a bit of his mindset in L.A., where he was, by monetary definition, successful, but unfulfilled creatively.

He began writing the script on New Year’s Day 2016 as a way to express the feelings of isolation and solitude he experienced.

“I found solace in making this movie, and that’s kind of what I needed to do to get out of that rut,” he said.

One of Eaton’s best friends from film school and director of photography for “Jaywalking,” Everett Ravens said he thinks it was smart of Eaton to return home for this film. Ravens, who grew up in Montclair N.J., and now lives in Brooklyn, N.Y., said there was something about the real-life, small-town dynamic that brings the film to life.

“It was really wise of (Eaton), as a filmmaker that lived in L.A. and Chicago, to retreat to a place of familiarity and comfort,” Ravens said. “With that comes support, and I don’t think this film could have been made anywhere else.”

He recalled the month of filming in Eau Claire as the “best part about” the project because he felt the whole city supported them in what they were doing.

“One night the cops gave us access to the main drag in town,” Ravens said. “It was really awesome to see even the police allowing us to do what we needed, sort of handing over the keys to the town.”

The film also features nearly 100 actors, many of which are locals. Eaton said he tapped into the city’s creative scene; members from the bands Arms Aloft and Pit Wagon make appearances. Award-winning author Nickolas Butler also has a role as a gas station attendant.

Local talent can be found behind-the-scenes, where Eaton said several Memorial High School graduates who were in film club assisted with various tasks.

Going to film school together, Ravens said he and Eaton learned how to create low-budget films at a high quality, and he thinks that is exemplified in “Jaywalking.”

“However successful it becomes with festivals or social recognition,” Ravens said, “just the fact that one of my best friends and I could put together a film and have it turn out the way we want and be able to work with such great people along the way, that’s the reward of it.”

Eaton felt similarly, saying he is proud of the film and the DIY-feel of it. He sees it as a success because he was able to learn from it, and he knows it’s the first of many projects for him.

“The next few movies I make will probably have that same DIY-feel, but that’s a good place to be,” he said. “You learn so much in that place.”

As for “Jaywalking,” Eaton said he hopes it inspires people to pursue their dreams. Above all of the themes in the film, he thinks being true to oneself is the most important.

“There’s a lot of people who are living for an idea of themselves or what or who they think they should be,” Eaton said. “The thing is, everyone is so capable of going above and beyond that.”