Natyarpana Dance Company, from the Madison-Milwaukee area, will perform at 2 p.m. Sunday, Oct. 25, at Heyde Center for the Arts in Chippewa Falls. 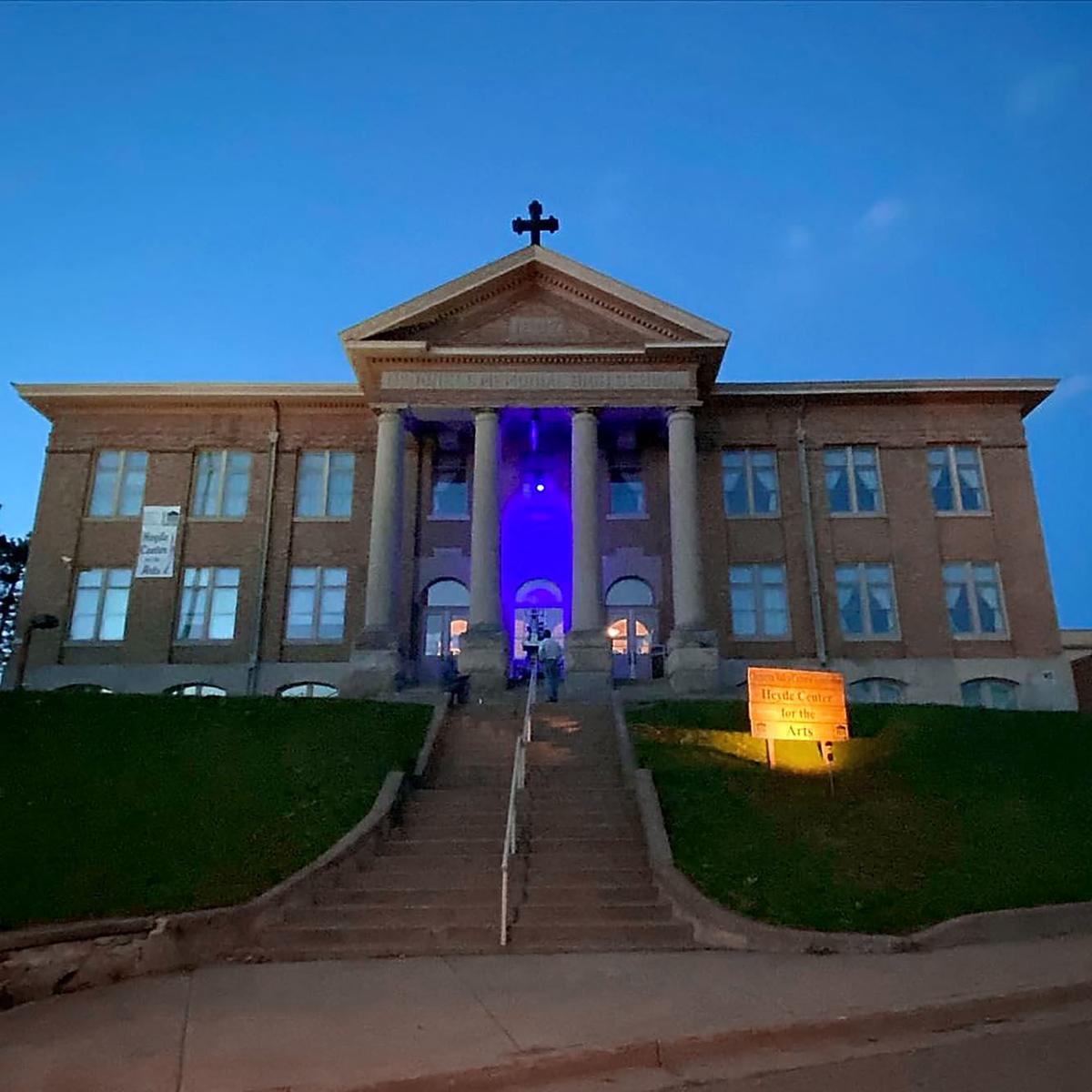 Heyde Center for the Arts, 3 High St., Chippewa Falls, has a busy fall schedule, executive director Deb Johnson said, although events will depend on orders from state and local officials, and health and safety guidance. 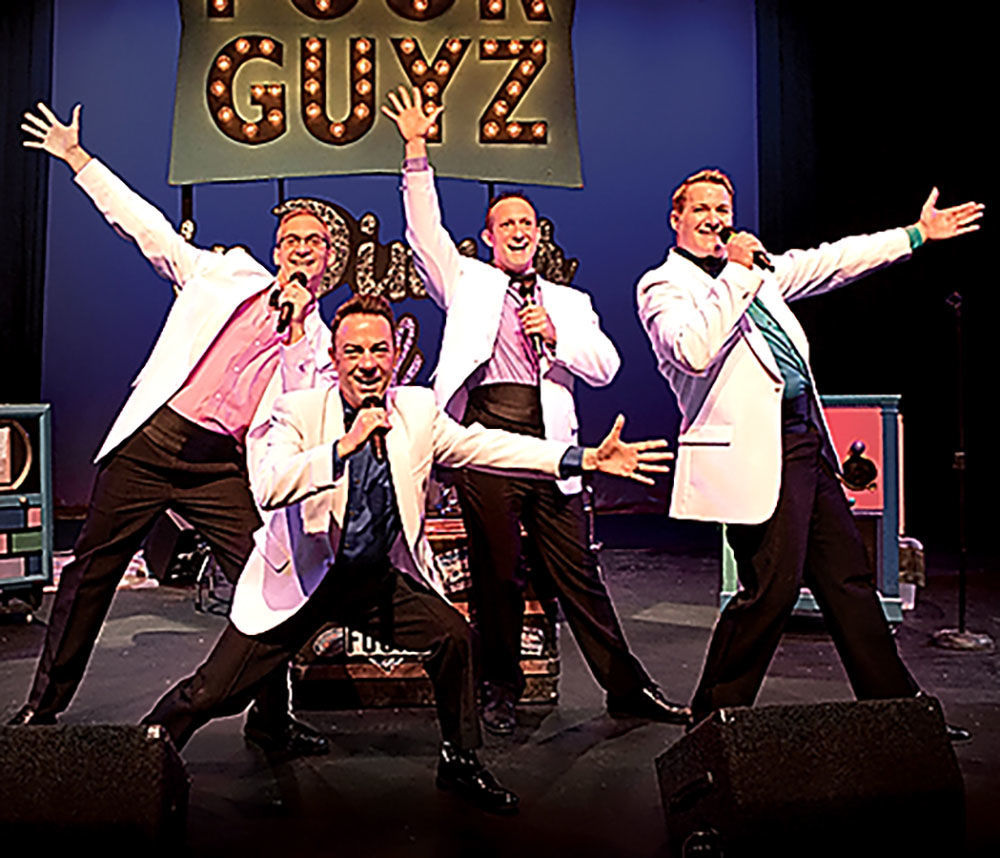 Four Guyz in Dinner Jackets will perform a dinner theater event Nov. 21 at Heyde Center for the Arts in Chippewa Falls. The group, with a live band, re-create songs from the 1950s through the ’70s, changing their attire through the decades.

Natyarpana Dance Company, from the Madison-Milwaukee area, will perform at 2 p.m. Sunday, Oct. 25, at Heyde Center for the Arts in Chippewa Falls.

Heyde Center for the Arts, 3 High St., Chippewa Falls, has a busy fall schedule, executive director Deb Johnson said, although events will depend on orders from state and local officials, and health and safety guidance.

Four Guyz in Dinner Jackets will perform a dinner theater event Nov. 21 at Heyde Center for the Arts in Chippewa Falls. The group, with a live band, re-create songs from the 1950s through the ’70s, changing their attire through the decades.

Appropriately, creativity is helping Heyde Center for the Arts present events amid the restrictions brought by the coronavirus pandemic.

With the state’s extended safer-at-home order precluding the 56th annual Spring Art Show in person, the Chippewa Falls cultural beacon found a different way to present the exhibit: online from May 10 through 27.

“We are going to move to something completely new, which is a virtual art gallery,” said Deb Johnson, the center’s executive director. The presentation is designed to include recorded comments from the creators.

“We’re going to have a way of artists talking about their work, maybe actually a nicer experience for people to understand the artist, what motivates them, and to look at their art as they talk about it,” she said.

In addition to the one- to three-minute monologues, artists will be provided an opportunity to sell their work online for a little over two weeks, the normal running time for the show, Johnson said. “Some of the artists have already come back and said they’re excited about doing the virtual art exhibit.”

Other regular elements of the show also are intended to be incorporated through the virtual format, including helping the artists sell their work. It is also hoped artwork can be displayed on social media outlets, notably Facebook and Instagram, “because they are platforms that are better suited for this,” Johnson said.

The virtual show provides a way of improvising amid the current difficult scenario, or as Johnson calls it with a laugh, “the ever-shifting ground that we are walking on.” But even with events that had to be canceled, a full lineup is planned for fall and next spring. Here are a few of those performances:

• “Hot Off the Press,” a musical comedy presented by Jerry and Carol Way, March 2021. The show had been planned for this spring.

• Plans also call for holding some art classes (seven were canceled or rescheduled) while adhering to social distancing guidelines.

“The visual artists, the instructors, need to be making some money too,” Johnson said.

While waiting for shows to resume at Heyde Center, audiences can enjoy bits from past Heyde Center performers on social media — as the cultural center is on Facebook, Instagram, Tumblr, Twitter and TikTok.

Among many other examples, via Facebook viewers can enjoy videos of the duo of saxophonist Sue Orfield and singer-guitarist Greg Gilbertson, and of JigJam, an Irish bluegrass group.

Unfortunately, some events have had to be canceled. Those include the following:

• “Sound of Music,” this year’s selection for the annual summer musical production directed by Nancy Scobie. The cast and crew for these shows generally comprise 60 to 70 people.

In determining when and how Heyde Center will reopen for public performances, Johnson said it will involve more considerations than simply that the order is lifted.

“What do we have to do to make sure it’s enjoyable, it’s safe and it’s good for everybody?” Johnson said. “It’s got to be win-win for everybody. That’s quite frankly all we can do for a little bit because we don’t know when things may change, but we definitely want to make sure we can provide arts and culture to the Chippewa Valley area — and hope for the best.”

In the meantime, those who want to support Heyde Center have several options, as Johnson noted:

• Become a CVCA/Heyde Center member. Membership fees are $20 for individuals and $30 for families and can include a larger donation that provides more benefits.

• For supporters who have donor advised funds at their county’s community foundations, direct grant funds to the Heyde Center.

Johnson expressed gratitude for those who have donated, and in some cases wrote heartfelt messages along with the check.

“If they send in a donation, for example, they’re including a note, ‘Hey, we’re with you, wish this could be more, but at least it will help,’” she said. “That’s been huge. … We realize we’re competing with a lot of needs right now, and I completely understand that. Somebody who doesn’t have enough food has more priority, I’ll acknowledge and feel very passionately. But we don’t want to lose what feeds our soul at the same time. And that’s our arts and our culture and our performers and our visual artists.”

Johnson also said she has enjoyed comments on social media by people recalling favorite past performances or expressing appreciation for the Heyde Center building itself.

“Those kinds of comments help us realize that this arts and cultural center has had and will continue to have an important impact on our community,” she said. “And that just gives us the resolve to be able to find ways of coming through and getting to the other side where we can start getting back into the building, but continue to make that kind of virtual impact if we can.”

Heyde Center for the Arts