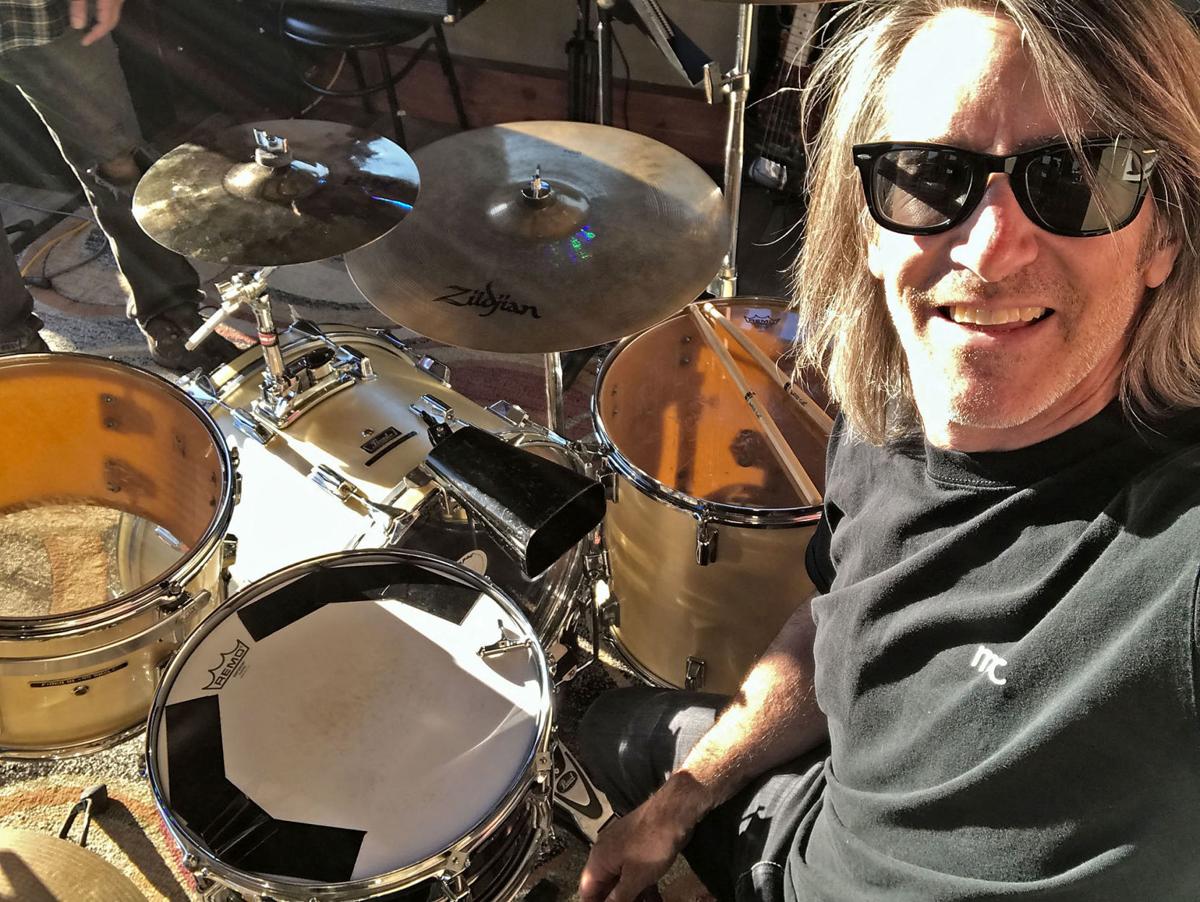 Brian B. Reidinger, who has released the rock album “Black & White,” is an Eau Claire native who played in Chippewa Valley bands such as Axis. He is a founding partner of In the Groove Music, which creates inventive, original music for advertising. 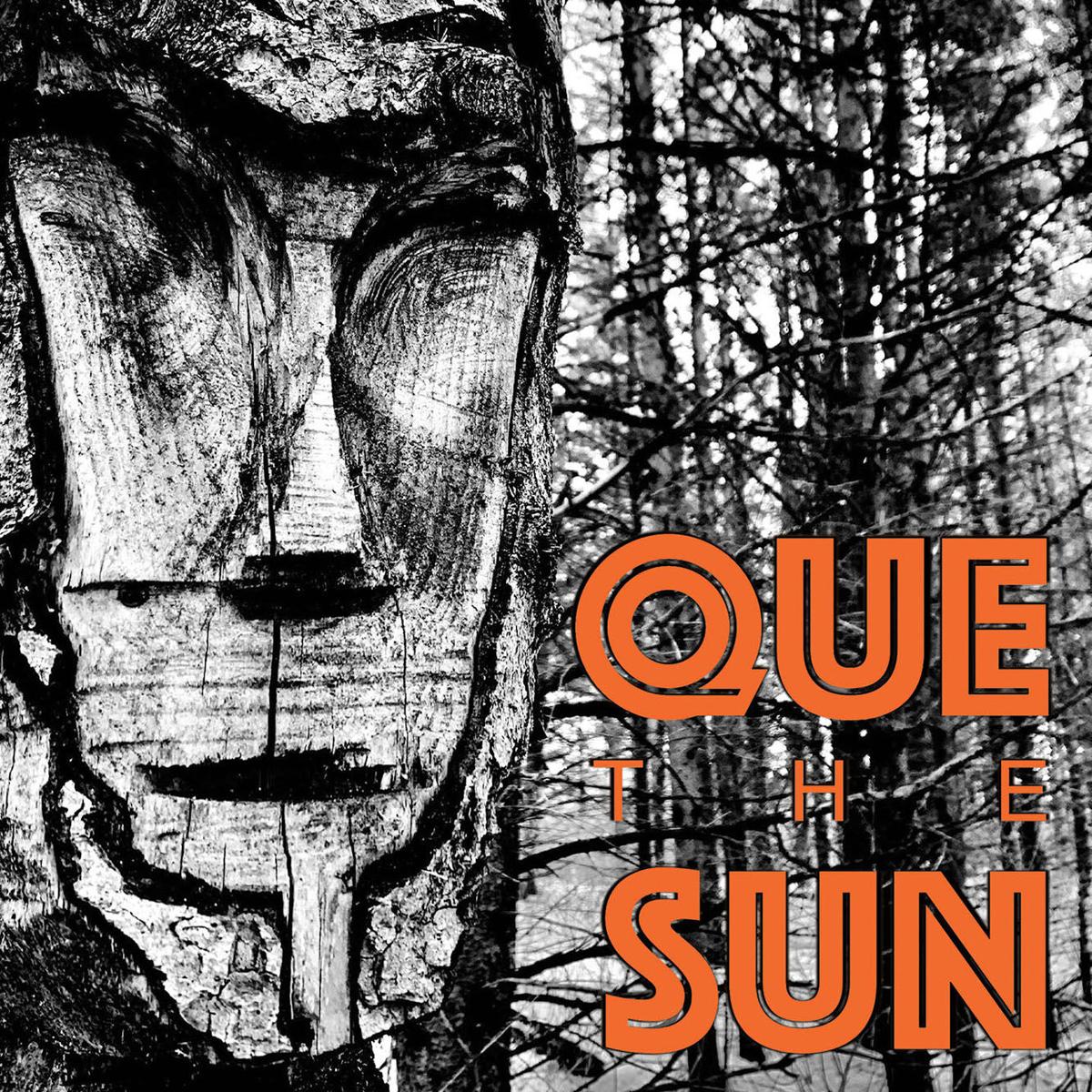 The album “Black & White,” by Brian B. Reidinger under the QUEtheSUN project name, includes the musicians Mark Woerpel and Mark Westlund. 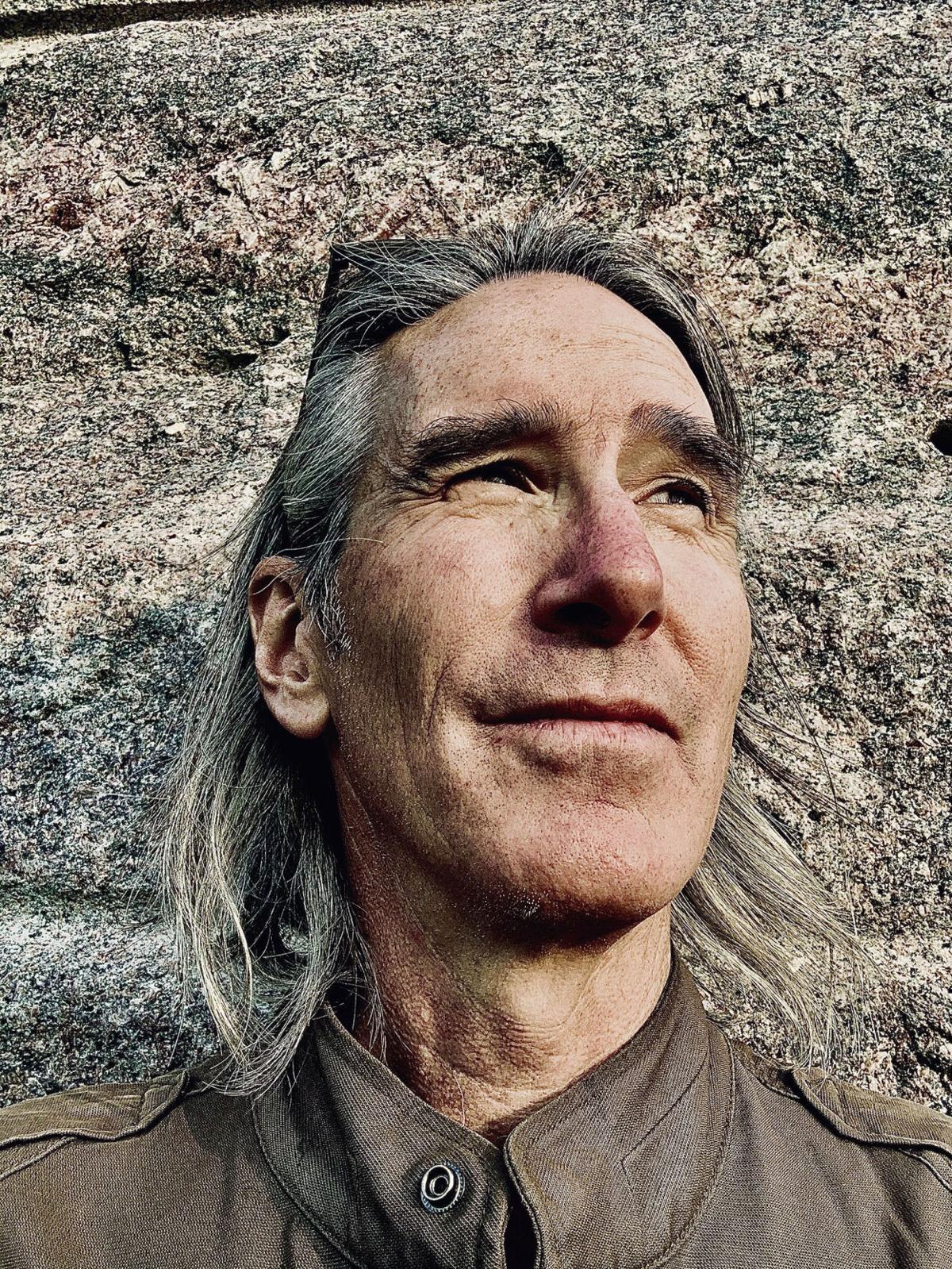 Brian B. Reidinger has released the "Black & White" album under the QUEtheSUN project name.

Brian B. Reidinger, who has released the rock album “Black & White,” is an Eau Claire native who played in Chippewa Valley bands such as Axis. He is a founding partner of In the Groove Music, which creates inventive, original music for advertising.

The album “Black & White,” by Brian B. Reidinger under the QUEtheSUN project name, includes the musicians Mark Woerpel and Mark Westlund.

Brian B. Reidinger has released the "Black & White" album under the QUEtheSUN project name.

Songwriting has always been part of Brian B. Reidinger’s musicianship, but he’s taken a deep dive into that craft with “Black & White.”

The hard rock album, recorded under the QUEtheSUN project name, fulfilled a challenge he had set for himself about six years ago: Write 10 songs and stick with the process until completion.

“The lesson for me is, I’ve collaborated a lot in my life, and I will again, and I enjoy it,” the Eau Claire native, now of the Twin Cities, said in a video conversation. “But at some point I have to be able to demonstrate to myself that I can do it start to finish.”

He recalls feeling the power of Deep Purple’s music when he was 11, watching the group in a live performance on television. He even remembers the date: April 6, 1974.

Specifically, the playing of drummer Ian Paice caught Reidinger’s attention, and he took that inspiration and ran with it.

Reidinger has played drums in numerous bands, including the regional group Axis, which was active through the ’80s. An album released earlier this year, “Apparitions, Dreams, and Imaginings,” showcases a trio comprising Reidinger’s percussion and Eau Claire musicians Peter Phippen and Victoria Shoemaker’s playing of traditional flutes in an improvisational setting, a contrast to the more driving songs of “Black & White.”

Reidinger also enjoys a thriving career as a founding partner of In the Groove Music. The business crafts jingles, scores and songs for purposes such as television, advertising, news, sports and video games. His roles in the company include creative director and chief composer/producer.

One piece Reidinger wrote for his busines evoked the sound of a 1980s ballad for a commercial featuring Budweiser’s wheat beer. Some people subsequently found the commercial on YouTube and wondered which (presumably famous) band had recorded the ballad.

At the outset of his songwriting quest, Reidinger got encouragement from Mark Woerpel, his good friend and an acclaimed musician. Woerpel has toured worldwide, and wrote and recorded as a member of Blackfoot with Rickey Medlocke (now of Lynyrd Skynyrd). Woerpel also has recorded with Ozzy Osbourne guitarist Zack Wylde.

Reidinger had played in Woerpel’s group Warp Drive, and the guitarist serves as a staff writer and studio musician for In the Groove Music. Woerpel also is an instructor for Universal Music Center, based in Red Wing, Minnesota.

Woerpel told him: “You really need to do this for yourself,’” Reidinger said. “He said, ‘And the thing is, you can. You know what to do. And you just have to commit to it till it’s done.’”

While agreeing with that guidance, “I took another year and hemmed and hawed,” Reidinger said, chuckling.

“I said, ‘You’re always working on everybody else’s stuff,’” he said in a phone interview. “‘You should try focusing on what would be Brian’s music,’ because I knew it would come out in a quality style.”

In addition to Reidinger, QUEtheSUN features Woerpel on lead, rhythm, acoustic and classical guitar as well as mandolin. Mark Westlund sings lead and background vocals on the album. (Woerpel and Westlund are part of the band Them Pesky Kids, who describe that band’s sound as “feel good arena rock.”)

The first “Black & White” song Reidinger wrote was “Small Beginnings,” the album’s second track. The opening guitar picking part was something he wrote 20 some years ago as part of the Milwaukee metal band White Fear Chain.

The lyrics tackle the serious subject of how one’s upbringing influences their life.

Playing to his strengths

“Small Beginnings” showcases Reidinger’s drumming prowess, which impresses with its force and touch without sounding self-indulgent.

“I had no idea what to play on there,” he said. “So I finally came up with that part. I think that’s what the challenge was for me as the songwriter because the drums were often afterthoughts. The first thought was, put something together that’s musically and harmonically interesting and that fits together. And then I would go back, and I would lay the drums in there, and I would find my spaces to do what I do or the tendencies I lean toward.”

“There’s finesse in his drumming,” he said. “It’s not meat and potatoes. It’s just fine, fine details in the cymbal work and the snare work.”

The finesse, Woerpel continued, “showed up in a bunch of the songs that have just a really beautiful, very fast rhythmic part that all of a sudden shows up in a rock song, almost to the point of progressive jazz.”

Woerpel further mentioned how enjoyable it is to be in the studio behind the glass, watching his friend work.

“Think of all the people that buy concert tickets to go see drummers in bands,” he said, “and for me to able to be sitting there watching that quality of drumming has been a great thing.”

Overall, Reidinger described QUEtheSUN as “a good representation of my rock drumming capabilities. I can play a lot of other styles like jazz and country and pop-folk and the stuff I did with (“Apparitions, Dreams, and Imaginings”). For my rock stuff, I was happy with it.”

Reidinger took great pains to craft quality lyrics, as he’s long seen that as a shortcoming in this genre.

“I’ve always liked the hard rock motif as a medium, as a particular dialect in the music vernacular,” he said. “But I was always wildly disappointed with the lyrics.”

“We would talk about how lyrics can’t just be saying the same old thing again: ‘We’re gonna rock, rock, rock till we drop, drop, drop,’” he said. “Brian really got into it. That’s where he made the leap because we always made great music. The biggest challenge in making good music is the lyrics and the melodies.”

Reidinger acknowledged he was happy with his compositions.

“I think I at least lifted myself out of the cliches of women and alcohol and drugs and bad behavior and parties,” he said. “None of that resonated with me. I’m 58,” then added with a smile, “too much therapy.”

While songwriting never became easy, Reidinger said, it did get easier. The easiest was “Don’t Look Back,” drawn from his move to California at one point.

Initially, he didn’t understand where the inspiration came from but realized it was about his desire to leave Eau Claire and how his thinking has evolved.

“I got to California, and you realize everything that you think and feel and believe is all in your head,” he said. “And I’m no different living in California than I was in Eau Claire than I am in Minneapolis. My process of maturation and developing any sense of wisdom and understanding of the world and self-awareness had to come from introspection, looking in. That was a tremendous relief.”

“Black & White” has received airplay on Twin Cities radio station 93X (KXXR-FM) and internationally, getting several slots on the U.K. show “Alien Nation,” which specializes in metal and hard rock. On those programs, Reidinger’s music stands alongside songs by, among others, AC/DC, Iron Maiden and Nazareth. The host of that show also interviewed Reidinger about QUEtheSUN and his other projects.

With his talent in varied styles, Reidinger found the QUEtheSUN project rewarding but also enjoyed “Apparitions, Dreams, and Imaginings.”

“That gave me tremendous joy because there’s a part of me that is just interested in capturing sound and building those sounds together,” he said.

Reidinger said he’d like to perform live shows with his QUEtheSUN material, possibly in Europe, and get back to his hometown.

Among his strong memories from Eau Claire is of band teacher Howard Lehman, who Reidinger described as “a huge influence.”

“He changed my life in a lot of ways,” Reidinger said. “He was encouraging and supportive. He was very demanding, but he also, at least for me, I had the sense of being cared about as an individual. Like he was looking out for me, and that made all the difference.”

With the “Black & White” mission accomplished, Reidinger has found the creative spark of songwriting continues to fire.

“The funny thing is, I’ve got a bunch of new ones started,” he said. “I’ve got a couple now, and I’ve got bits and pieces of lyrics, and again, for me, the real lesson in doing all of this was just letting go, to not cling to expectations or try to set these strange standards … I’ve had to learn to trust myself.”

Trust plays a role, to be sure, but so does actually making it happen.

The album: “Black & White,” a hard rock album by Brian B. Reidinger, recording under the project name QUEtheSUN, is available through online retailers such as Amazon and iTunes. It also can be heard on streaming services.

Projects: Reidinger currently plays in the indie-folk group Twins of Franklin, led by Becky Shaheen and Laura Lou DuSchane. The first band Reidinger performed in was Eau Claire’s First Impression when he was 17. He toured with Badfinger 1998-2000, and played with Airkraft during the band’s show at Rock Fest. Other groups he’s been a part of include Axis, White Fear Chain, Malicious, Gemini and, with Mark Woerpel, Warp Drive. Reidinger has performed on hundreds of artists’ recordings.