International percussion show “Stomp” had three shows planned in March at the Pablo Center at the Confluence, 128 Graham Ave. The Eau Claire arts center closed and canceled those performances due to coronavirus precautions, but they are now rescheduled for May 2021. 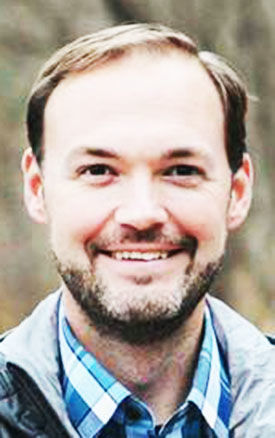 Pablo Center at the Confluence will host its first Broadway musical and rescheduled dates for performances that had been canceled due to the coronavirus pandemic as part of its upcoming season.

The downtown Eau Claire arts center released its third season schedule on Monday morning, featuring national and regional performers who will play for their first time at the Pablo as well as local groups and perennial favorites returning to the facility’s stages.

Bringing a production that played on Broadway has been a goal of the center since its inception, and that will come true with the performance of the musical “Waitress” scheduled for March 24. The musical is an adaptation of the 2007 film of the same name about an expert pie-making waitress who pines for a way out of her small town and bad marriage.

One of the shows canceled this spring — a three-performance run by “Stomp” that was nearly all sold out — has been rescheduled for next season. The eight-member troupe of “Stomp” will perform their percussive music using everyday objects including brooms, wooden dowels, garbage cans and hubcaps on March 26, 27 and 28.

The schedule released Monday has performances starting in October and wrapping up in June, but Pablo Center has not yet reopened. The performing arts venue closed to the public on March 13, just prior to government orders curtailing large gatherings as a precaution to prevent the spread of COVID-19.

Executive director Jason Jon Anderson included a note of optimism in the third season announcement that the facility could soon reopen when public health officials say it is safe to do so.

“We are excited to open the galleries, theaters and building when allowed indoor event capacities increase and physical-distancing requirements are minimized,” he stated.

“On behalf of the entire core staff, we are looking forward to hosting you, hopefully in October, and presenting you with our incredible third season.”

The center’s new season is scheduled to begin on Oct. 2 with three musical performances. Chicago-based quintet Third Coast Percussion will take the stage in the large RCU Theatre, while the Chippewa Valley Jazz Orchestra will play music of Duke Ellington in the Jamf Theatre, and UW-Eau Claire music faculty will present wartime chamber music in the Clearwater Recital Hall.

Local author and musician Michael Perry will perform with his band The Long Beds on Oct. 3 in the Jamf Theatre.

Pianist Lori Line will perform her perennial holiday show in late November during the same weekend as another recurring event, the Found Footage Festival.

The Frontmen of Country — a trio of singers who led country acts Lonestar, Restless Heart and Little Texas, respectively, during the ‘90s — will perform on Jan. 8.

“The Simon & Garfunkel Story” chronicles the rise and split of the musical duo in an immersive concert-style theater show on Jan. 30 in the RCU Theatre.

Diavolo, a Los Angeles based dance company, will perform Feb. 10 in the RCU Theatre.

“Making the Music,” a show featuring three award-winning Broadway performer-composers, will be presented on Feb. 11 in the RCU Theatre.

Improv comedy show “Whose Live Anyway?” will invent scenes using audience suggestions on May 23 in the RCU Theatre.

Tickets to season three performances go on sale to the general public on July 27. People who support the arts center through a membership are able to buy tickets at earlier dates in July.

For the full season lineup, go to pablocenter.org.