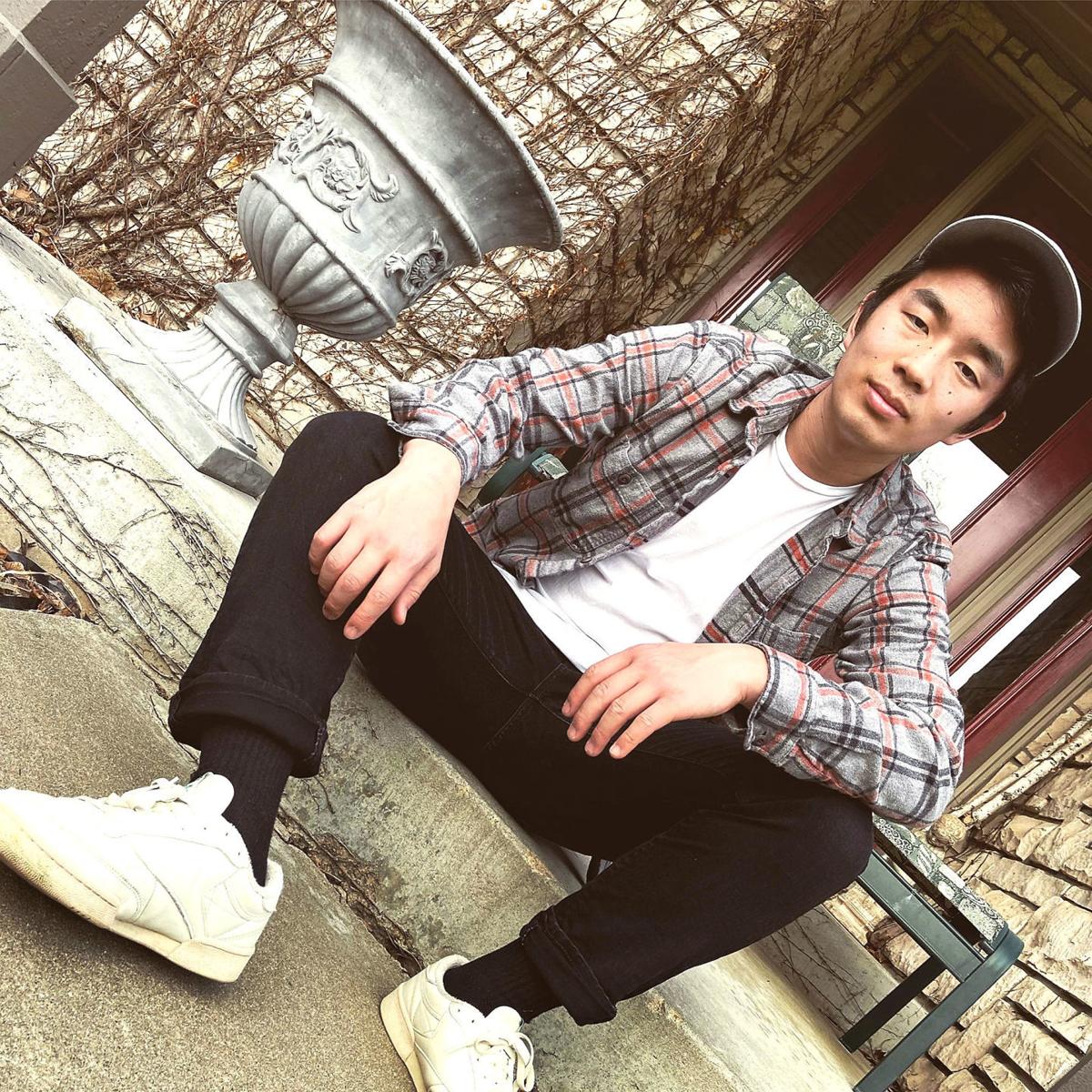 Top: Hip-hop artist Charlie Park, The Grad has released his debut recording. He graduated from UW-Eau Claire and now attends the Cleveland Institute of Music, where he studies double bass performance. 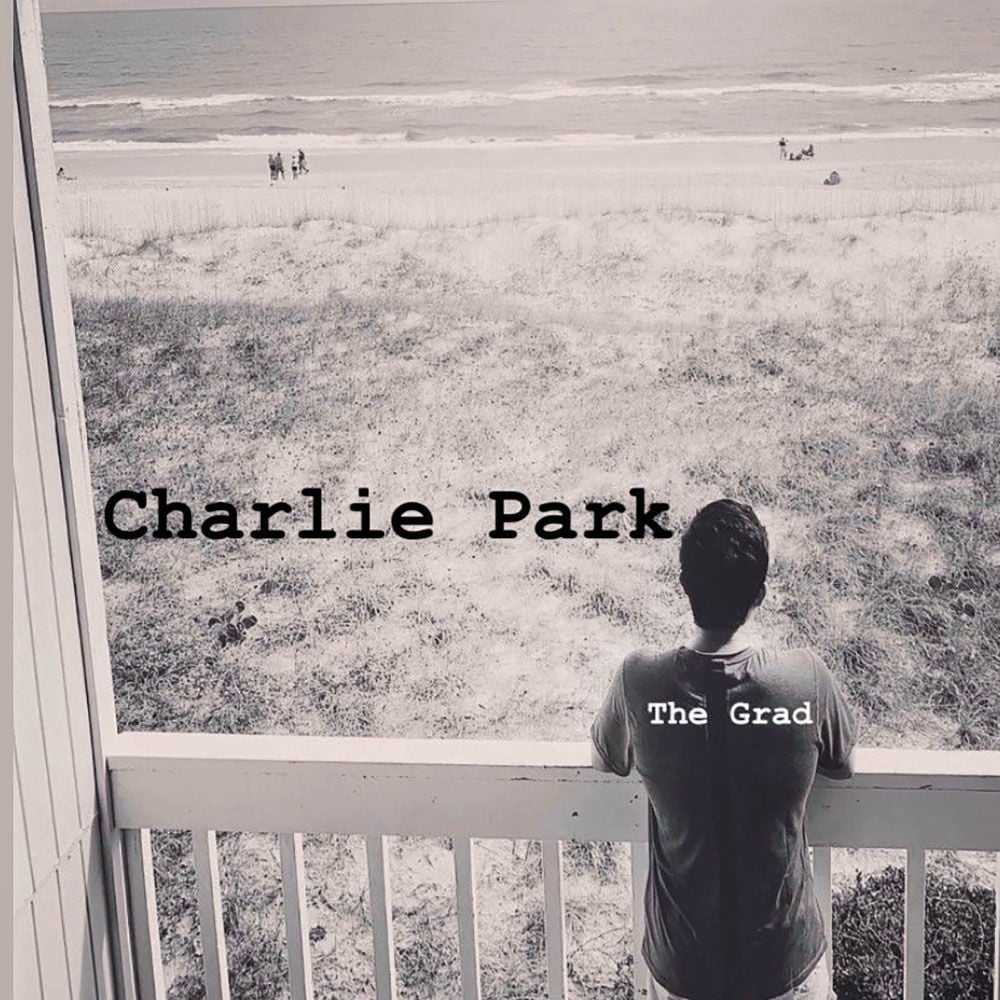 The cover of the hip-hop EP “Charlie Park,” by Charlie Park, The Grad, features a photo by Michael Klein.

Top: Hip-hop artist Charlie Park, The Grad has released his debut recording. He graduated from UW-Eau Claire and now attends the Cleveland Institute of Music, where he studies double bass performance.

The cover of the hip-hop EP “Charlie Park,” by Charlie Park, The Grad, features a photo by Michael Klein.

Charlie Park, The Grad enjoys performing music of varied styles, but he stepped into the hip-hop world to make a personal statement.

“In general, I think popular music and creative music is attractive because I have the possibility for sole creative control over everything,” he explained.

The chance to utilize his literary talents played a role too.

“The genres that kind of involve more of a lyrical savviness to them have been attractive to me,” he said. “I think that it can give a better auditory experience by being more descriptive through more text.”

The former Eau Claire resident earned his bachelor’s degree in English at UW-Eau Claire; he also participated in opera, theater and the jazz program at the school, with bass as his main instrument. He’s now working on a master’s degree in double bass performance at the Cleveland Institute of Music.

Charlie Park (given name Zachary Klein) spoke by phone recently about what led to the creation of “Charlie Park,” featuring 10 songs.

Estimating he’s been producing hip-hop music for just six or seven months, Charlie Park made the EP after listening to a lot of hip-hop and taking advantage of online resources for producing music. The compositions consist of Charlie Park’s accomplished singing and his use of MIDI technology for the instrumental effects such as guitar, bass, trumpet and organ.

“A lot of what helped me was my knowledge of music theory, my background in music, being able to elicit an emotional response, and then taking a step back and understand what mechanics are going on that produced that response,” he said. “So even if I don’t elicit the same response from myself every time, I can kind of understand what needs to happen for a listener to experience what I was experiencing from that music.”

Charlie Park called his initial efforts “kind of generic hip-hop songs” with what he referred to as “kind of braggadocious lyrics.” But he soon utilized wordplay to communicate personal subjects.

“I wanted to kind of use this as a way for me to talk about myself in terms of what kind of content makes me an individual,” he said. “And so a lot of it is kind of inspired by beat poetry, stream of consciousness stuff.”

Notably, Charlie Park speaks with passion about his heritage. Born in South Korea, he was adopted shortly after birth by American parents. He attended Eau Claire schools through fourth grade before the family moved to Rochester, Minn., where he graduated from high school.

In general, he said, his life experiences form the basis of the EP.

“I tried to create a flow to the album that made the most sense with the songs that I had,” he said. “I do talk a lot about the disconnect with how I was raised by white American parents while looking like an Asian guy.”

In fact, he chose his stage name for reasons derived in part from his ethnicity. “Charlie” came from the name U.S. soldiers gave Viet Cong fighters during the Vietnam War. With the phonetic alphabet listing V and C as Victor Charlie, it eventually was just shortened to Charlie. Sadly, he said, the moniker became a derogatory slur for Asian people that he got called “a lot” in elementary school.

“Park,” he said, is the family name of his birth mother, and when put together its sound resembles “Charlie Parker,” the iconic saxophonist who played a leading role in the jazz style of bebop.

He added “The Grad” to it, he said, because “it’s like a stage name for my stage name.”

Charlie Park’s statements of identity stand out strongly in the topical song “VIRUS,” which addresses racism through lyrics such as: “Well the papers got me feeling like a virus, and I don’t like it.”

He wrote that in February, he recalled, “back when the coronavirus was still kind of a joke. But the joke was mostly centered around, ‘Asian people are going to get this virus and are most susceptible to it; they’re the cause of this.’”

Not long after that, he continued, “there were all these stories about Asian people getting beat up in New York.”

With President Donald Trump continuing to use derogatory terms for the virus at rallies, Charlie Park was asked if he agreed his composition was prescient. “I think I hit the nail on the head with that one,” he replied.

Other songs express, respectively, Charlie Park’s bouts with anxiety (“An. Atk.”), feeling underestimated (“Gotcha”) and, by contrast, the self-confidence characteristic of the genre (“Monologue”).

Two songs near the end of the 32-minute sonic journey — “Lemme Take a Breath (In a Minute)” and “Streetlights” — reflect perseverance and, to quote the latter track, the feeling that “I know things will be all right.”

The tuneful instrumental passages throughout help to give the disc a more upbeat, sometimes poppy feel, such as the hook-filled “Tattooed Makeup.” In fact, he said he did work to make the project engaging.

“I think musicians in general want the point of the music to be enjoyable to listen to,” he said. “I think there is a subset of musicians that are trying to push the boundaries of what is pleasurable to listen to. That isn’t me. I think the best way to get someone to listen to your message is to make it sound appealing to them.”

Moreover, he continued, the delivery of the message has a lot to do with its acceptance. “No matter what you’re saying, no matter how eloquent you’re being, if you’re screaming at someone, they’re not going to listen to you,” he said, adding: “If you present it in a pleasurable, more digestible way, I think the odds of effective communication are much higher.”

The current pandemic-imposed shutdown has made any live performances of the music difficult to say the least, although he and his friend Jan Hora, a trumpeter and UW-Eau Claire classmate he played with in a jazz combo, did a livestream show in Eau Claire.

But he has started work on a second recorded project. He expects that effort will feature “more refined” songs and benefit from his enhanced understanding of the technical side of producing.

But the debut suggests musical sophistication and lyrical flair will continue to make a potent combination.

To Hear the Music

• “Charlie Park,” by Charlie Park, The Grad, can be bought through online retailers such as Amazon, iTunes and Bandcamp and can be heard through the major streaming services such as Spotify and Apple Music.