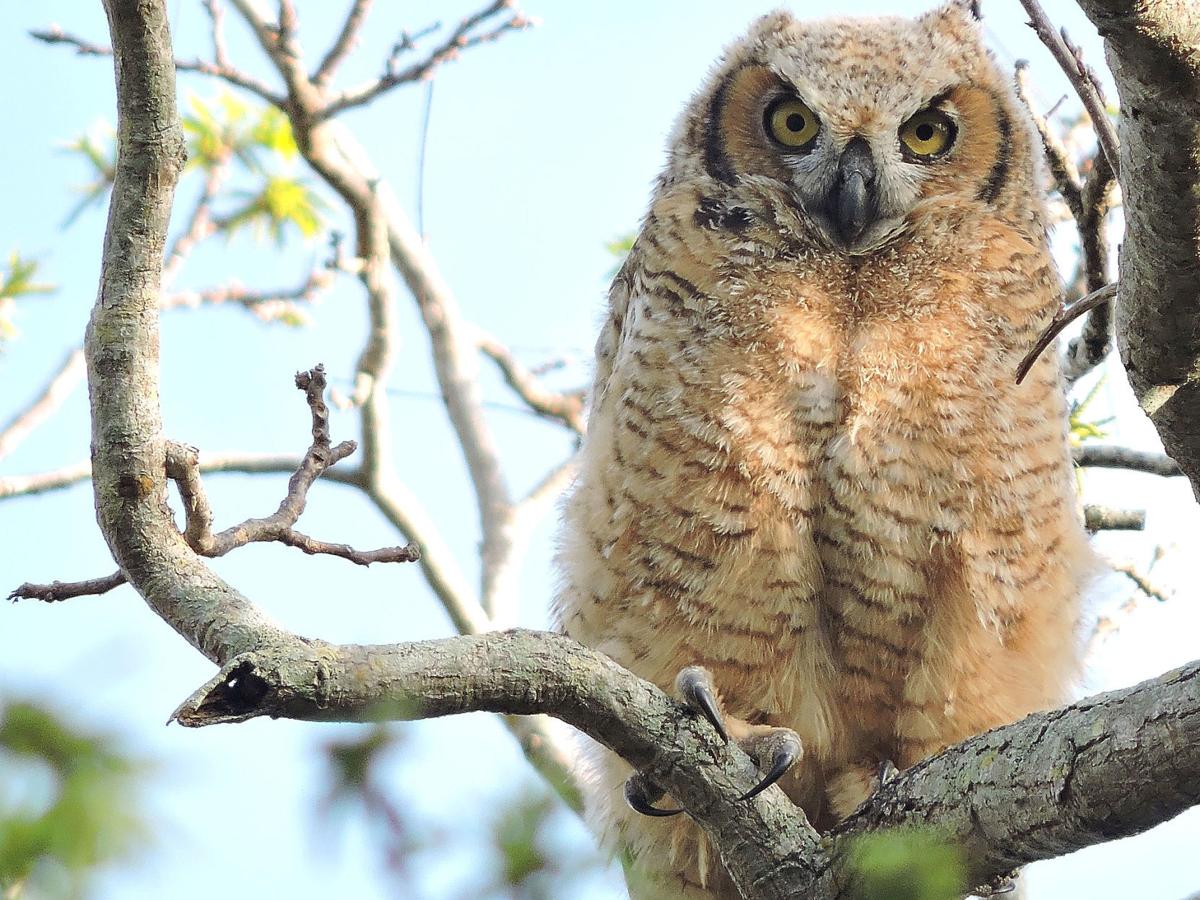 Father great horned owls play just as important a role in raising owlets such as this one as the mothers, and even serve as foster fathers at rehab centers, teaching young owls how to be owls. 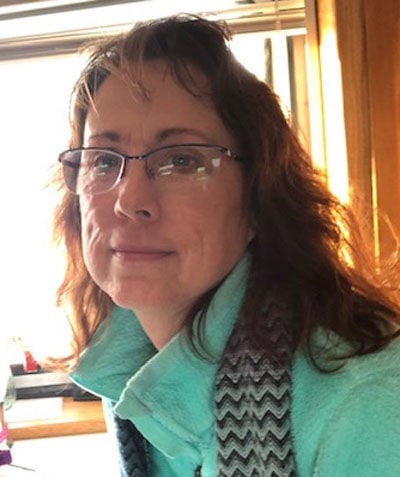 Last week I wrote about the adaptable great horned owl and focused on the basic facts and statistics around this North America favorite. There’s too much cool knowledge about these owls to fit into one week, so now that we’ve gone into the data, it’s time to delve into some of the cool facts and stories surrounding them.

Probably my favorite thing about great horned owls is their family life and owlet-rearing habits. They’re opportunistic nest-builders and use nests or platforms used previously by other large birds including red-tailed hawks and herons. They’ll also use squirrel nests and nesting boxes made by humans (if you put one up, make sure it has a guard to keep predators from raiding the nest. And beware that turnabout is fair play in nature; when we put up owl boxes, they promptly were taken over by gray squirrels).

Not being big on conspicuous consumption, great horned owl parents don’t make many changes to these nests and sometimes don’t even line them with anything. When they do, they include owl pellets, which is a great — if gross — example of the “re-use, recycle” ethic. Both parents rear the babies, and in fact male great horned owls are fantastic parents. At the Raptor Education Group in Antigo, a nonprofit avian rehabilitation center, there are a number of birds that can’t be released back into the wild due to the severity of their injuries or illnesses. Many of them live their lives as education birds for humans, but male great horned owls get to serve their own kind by being foster fathers. It’s important that baby owls that are rescued don’t bond and imprint with humans so they don’t become tame and can be released into the wild when they’re grown up. Foster parents teach them how to be owls and how to fly and hunt.

Since birds don’t nurse their young, male great horned owls can be just as maternal as females and naturally take to owlets in their care. Many baby birds are pretty unattractive, but great horned owlets are absolutely precious with their fluffy white down, tiny ear tufts and bright yellow eyes. They screech loudly for their food, an unnerving sound that can be heard some distance away. Young adult owls will also whistle back and forth to one another. If you hear two pitches of owl calls, the higher pitch is the female even though she’s larger than her mate.

You don’t have to go to any remote or rugged wilderness areas to find great horned owls. They are fond of parks, farmland and suburban green spaces and can be encountered by most people without any distant travel. In fact, one was spotted last month in the Ramble, an area of New York City’s Central Park that is beloved by urban birdwatchers. Woodlots and cemeteries with mature trees are also great places to watch for them. A few years ago I was fortunate to get to see the release of several young adult great horned owls who were rescued when they fell out of their nest (they had been raised by one of the aforementioned foster dads). They were released in the main cemetery in Wausau near where they were found at dusk — on Halloween, of course. Across many cultures owls are often seen as harbingers of death, but since I’m not a small mammal I tend to think they’re spooky in an enjoyable way.

Readers have shared some great horned owl stories, like Bob who writes that his friend was knocked off of a ladder by a mother owl when his friend was trying to photograph a nest. Tony from Eau Claire writes that he was three feet away from one in a tree stand and that when his pet rabbits inadvertently bred, the great horned owl managed the population when they escaped their enclosure. He enjoyed having those owls around for years. And Kathleen raised a pair of chicks that were found about 50 years ago (this is not legal today!) and still assists with getting injured birds to rehabilitation centers. There are still great horned owls in her father’s old pole barn.

Great horned owls aren’t endangered, but their populations are declining especially in their northern range. Their numbers are dependent on prey populations. Poisons and rodenticides are a serious problem for them and other raptors that consume small prey so please try to avoid those products. Great horned owls are hatching their babies now, so keep an eye out for them on your nightly adventures.

Morris, a bird-watcher and outdoorswoman who explores northern Wisconsin from her home base in the Ashland County town of Gingles, may be reached at morrisoutside@gmail.com.