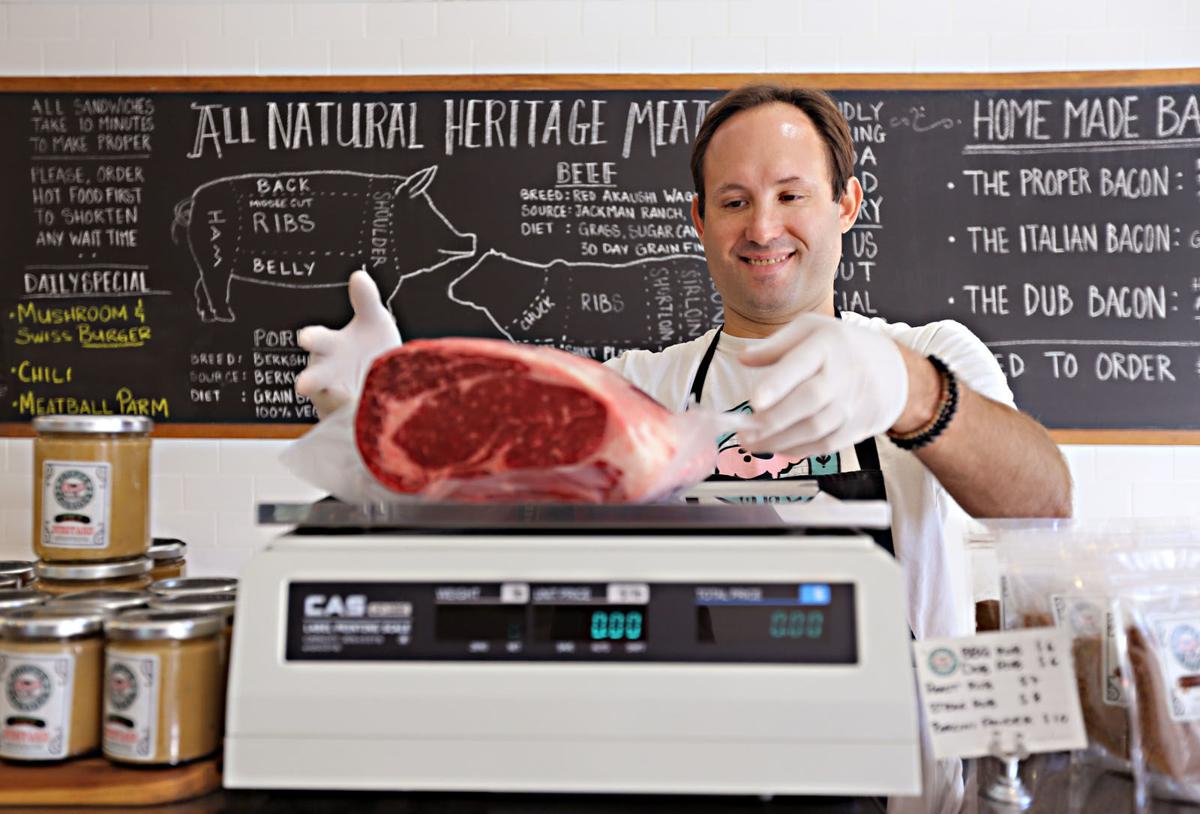 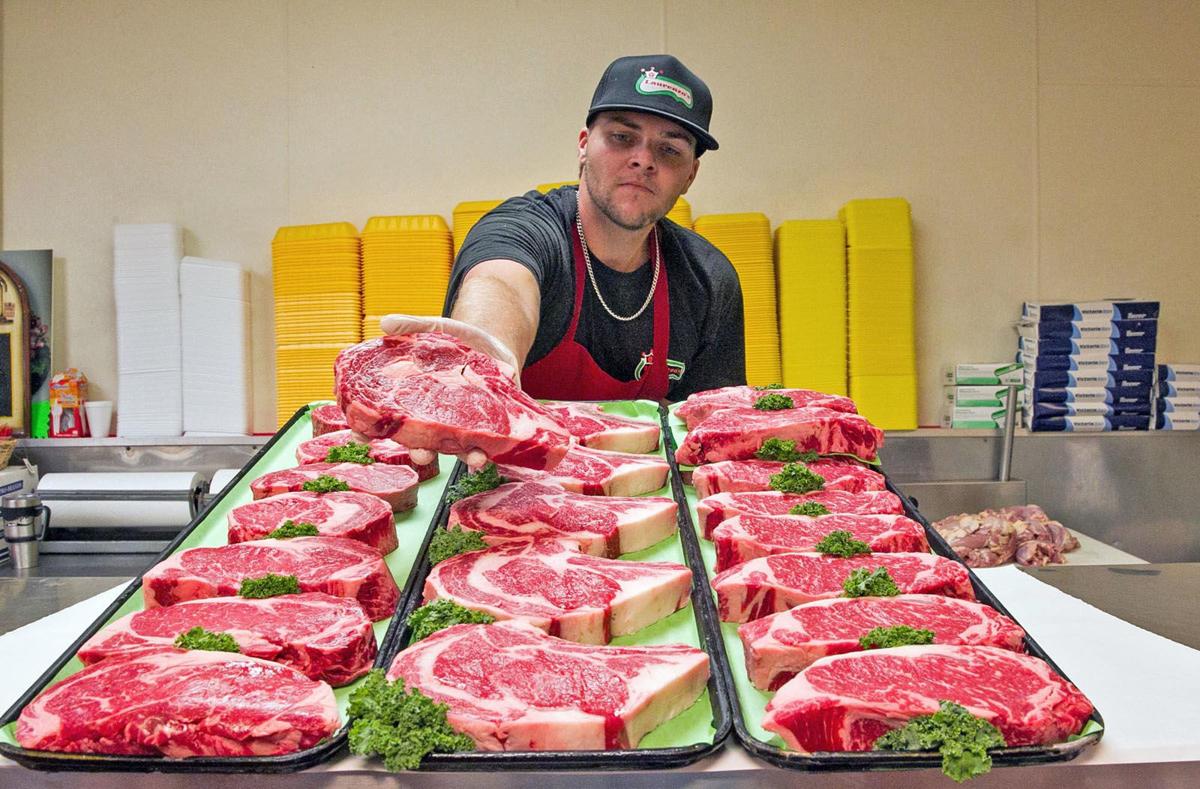 MIAMI — Meat consumption is soaring to record levels — even though 12 percent of Americans ages 18 to 49 are partially vegan or vegetarian, according to a 2016 Pew Research Poll. This year, the U.S. Department of Agriculture is expecting each American to consume a record amount of red meat and poultry — an average of 222 pounds per person. That’s 20 pounds more meat per person, per year than in 2014.

Another change: where Americans are buying their meat. While many still drop into the nearest Publix or Walmart to snag their burgers and hotdogs, an increasing number of conscious eaters are going old school by shopping at carnicerias and specialty butcher shops.

Still, many specialty meat markets have carved out a niche by offering personalized customer service and products that aren’t widely available. New shops are opening as well, spurred by a younger, more health-conscious generation seeking meats sans antibiotics and hormones — and craft beer to wash it all down.

“Two-thirds of consumers say clean eating is a path to better eating,” said Darren Seifer, a food-and-beverage analyst at the consumer market research firm NPD Group. “That means that ‘I want to know what happened to this livestock before it hits the shelf.’ By going to the local butcher, consumers have a tighter connection to the supply chain than at larger stores.”

Danny Johnson agrees. “There’s kind of a renaissance right now as people look into where their food comes from and how they’re raised,” said Johnson, co-owner of Taylor’s Market in Sacramento and member of The Butchers Guild, a national butchers trade organization. “Earlier it was about convenience, but now it has come full circle.”

Many of Miami’s traditional butcher shops and carnicerias came with immigrants starting new lives in the U.S.

Laurenzo’s Italian Market, located in North Miami Beach, was established in 1951 by second-generation Italian-Americans Ben Laurenzo and his brother Achilles. After Ben passed in January, his son David took on the operation while his son Robert mans the butcher shop and daughter Carol runs the office.

The ambiance of Old Italy permeates the store. Big band music rings through the aisles stocked with wines and pasta. Half the store is lined with meat displays: sliced deli cuts, mussels and fish, aged sirloin steaks and lamb chops and pork tenderloins, all sourced in the United States. Homemade Italian sausages, New York strips and ribeye steaks sell best in the market. Like many other butcher shops, it also has a cafe. Baked ziti, lasagna, veal and peppers and other traditional Italian dishes are served up to order or buffet style.

Freddy and Danielle Kaufmann, co-owners of Proper Sausages, have been in the meat business for only five years. They are part of a new generation of butchers catering to a health-conscious generation — the four in 10 Americans who favor organic and non-GMO foods.

“Who are our customers?” said Freddy Kaufmann. “They’re people who care about everything except price — taste, sourcing and healthiness.”

The Kaufmanns also have their sausages and bacon featured on the menus of trendy spots such as Upland Miami and The Dutch. There’s even talk of expansion up the entire east coast.

Freddy is a self-proclaimed food fanatic who waxes passionately about the importance of sourcing and the evils of processed foods.

“There’s this weird culture in the United States where you can’t enjoy good food to be healthy,” said Freddy. He blames food science, pointing to the years of studies and trends. In his view, food should be both healthy and delicious.

The Kaufmanns’ foray into the butcher industry began on the farmers market circuit, where the two would sell the homemade sausages they created in their off time. In 2013, they opened a small Miami Shores storefront and stocked it with craft beer and meat fed from pastures in Florida. The store also serves hot meals: the Wagyu beef burger, sausage and egg sandwich, and pulled pork sandwich sell well.

When it comes to actual sausages, options include “The Romagna,” seasoned with garlic, rosemary and white wine. The “Wynwood Porter,” with cayenne mustard and garlic. The Fig and Blue Cheese, crafted with its namesake ingredients. Along with sausages, the shop also serves breakfast and lunch and sells cuts of beef and pork: Wagyu filet mignon, St. Louis Ribs.

And naturally, the always-hip Wynwood has its own version of the contemporary butcher shop. It is called, appropriately, The Butcher Shop.

The spot is owned by father and son Igor and Fred Niznik, who run a butcher shop called Charlie’s Gourmet Meat Market in West Palm Beach. In 2013, they added its popular Wynwood beer garden / bar, sandwichery with indoor and outdoor seating, and yes, butcher shop.

The Butcher Shop sells meat without antibiotics, growth hormones or nitrates from certified Angus farms. The meat counter is tucked in the back, past the outdoor beer garden and full bar inside. A massive pink cow sculpture keeps watch over the front entrance. The butcher counter supplies the food served in the restaurant, which features American staples like burgers and wings along with gourmet sandwiches like its fruit wood-smoked pork and brisket with mustard BBQ sauce, Pepper Jack cheese and pickled red onion on a brioche bun. Until recently, customers could just pick out the cut of meat they wanted at the meat counter and chefs would cook it on the spot.

Kurt Ditzler, a manager at The Butcher Shop, said that their specialty burgers — apple bacon and gorgonzola and jalapeno and cheddar — are their best sellers at the meat counter. They make their own bratwurst and sausages and serve beer … craft only.

“You can’t walk up in here and order a Bud Light,” said Ditzler. As it should be.