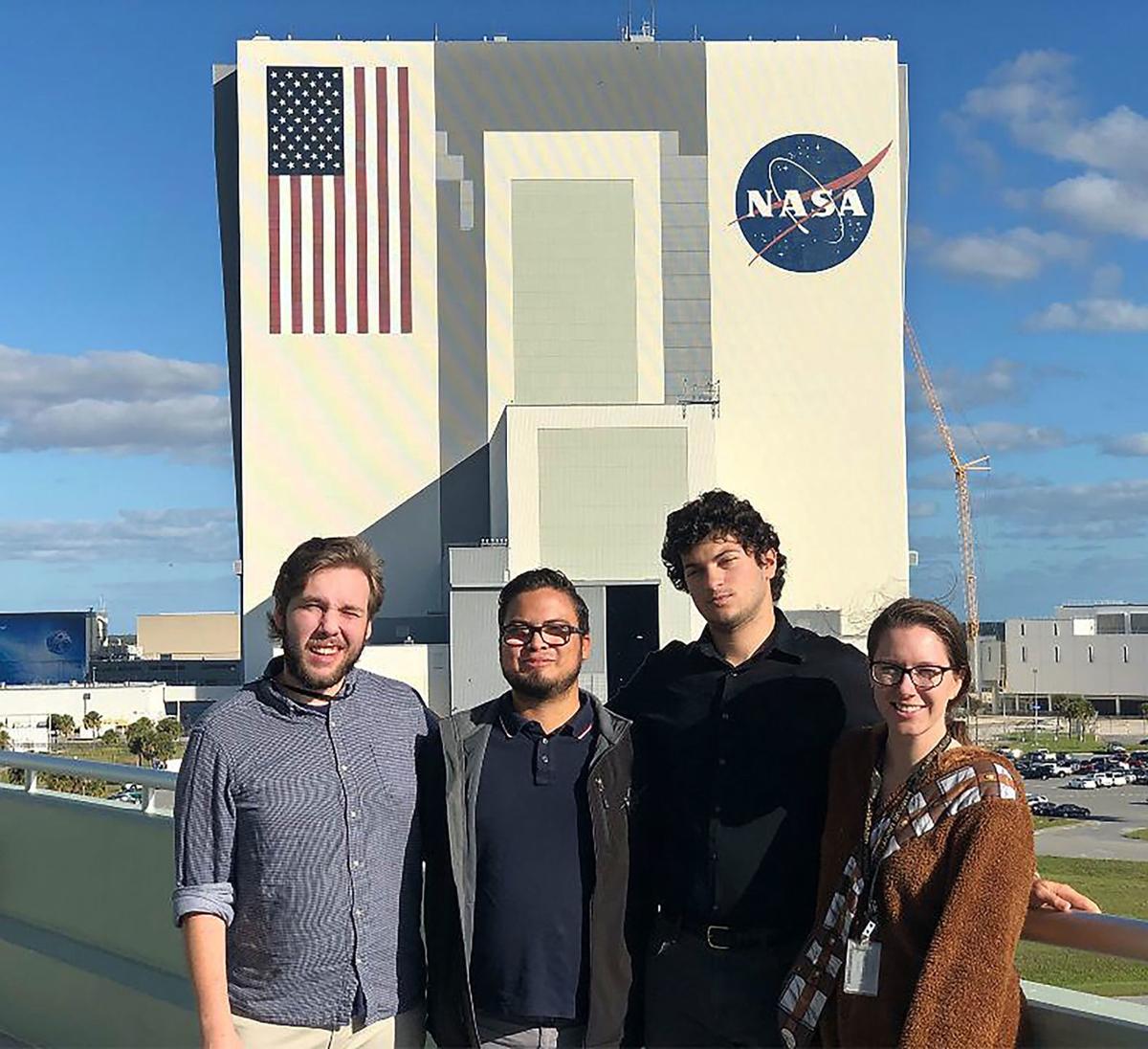 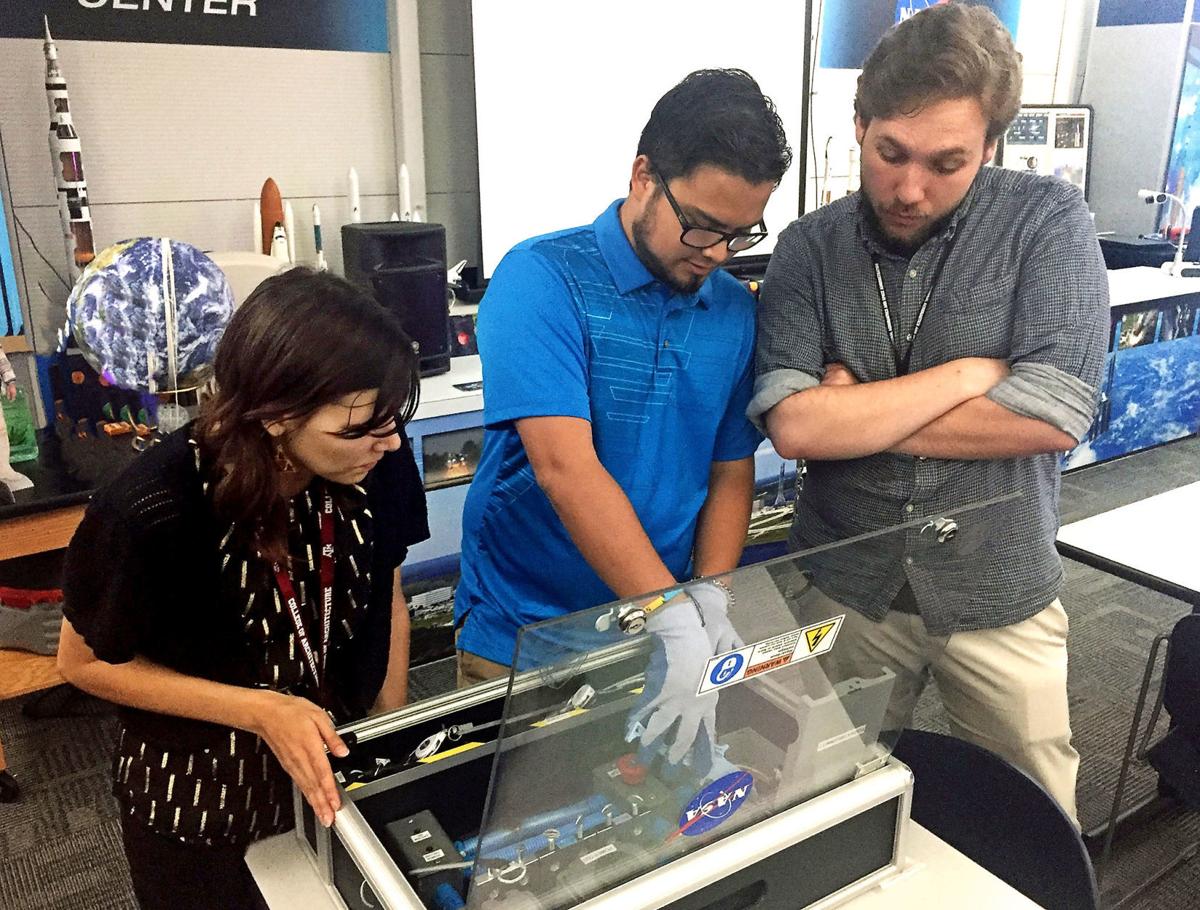 UW-Stout students Taylor Thomas, Matt Bentley and Joseph Matzelle are part of a team accepted to compete in the NASA SUITS Design Challenge this spring.

Thomas, of Forest Lake, Minn., is the team lead. He is a senior double-majoring in applied math and computer science; and information and communication technologies.

“When astronauts are in space and working on the outside of the International Space Station, they often find themselves working on a lot of very complicated systems, similar to a mechanic working on the engine of a car. NASA has asked students from across the country to develop solutions that could help astronauts more easily accomplish these tasks,” Thomas said.

With augmented reality, astronauts would wear a visor-like device over their eyes — Microsoft HoloLens — to “visualize and interact with information via holograms that will appear to exist within the real world. This will allow astronauts to get to-do lists and helpful pointers about their tasks, as well as status updates about their spacesuits, similar to how health meters appear on-screen during video games. Our team is designing and creating a mock-up of one of these augmented reality interfaces,” Thomas said.

He is excited about the opportunity. “I am still in awe that our team of students is helping design technology that will hopefully assist NASA in space. The fact that we are making such a big difference while all being in our late teens and early 20s is mind-blowing and makes me extremely proud to be leading them.”

Most team members met as fall-semester interns at the NASA Kennedy Space Center in Florida, although Bentley interned at the Sub-Zero Group in Madison.

Erik Evensen, an associate professor in the design department at UW-Stout, is the team’s faculty adviser.

“This is a phenomenal opportunity for these students, all of whom are high-achieving,” Evensen said. “The interdisciplinary spirit and problem-solving abilities of this team reflect UW–Stout’s polytechnic mission and highlight our focus on applied research at the nexus of emerging technologies.”

Dave Beck, associate dean of the College of Arts, Communication, Humanities and Social Sciences, and director of the School of Art and Design, agreed, calling it a great example of Stout’s collaborative and creative approach to problem-solving.

The team’s proposal, NOVA — Navigational Overlay for Extravehicular Activities — allows astronauts to be self-reliant and not depend on communications with Mission Control, Evensen said.

The team named itself NOVACore, inspired by the intergalactic military/exploration organization from Marvel Comics.

Team NOVACore is the only team in the competition made up of students from multiple universities. They will be competing against teams from Harvard, Virginia Tech and the University of Colorado Boulder, among others. The SUITS competition will be held April 15-19 at Johnson Space Center in Houston, Texas.

Thomas is in a second internship with NASA, a continuation of his fall experience. He is on a NASA team that builds tools to generate and modify telemetry data from simulators to help test the Spaceport Command and Control System.

“I helped add new features to these tools while also assisting in testing code and helping document any and all work I perform for future developers,” Thomas said.