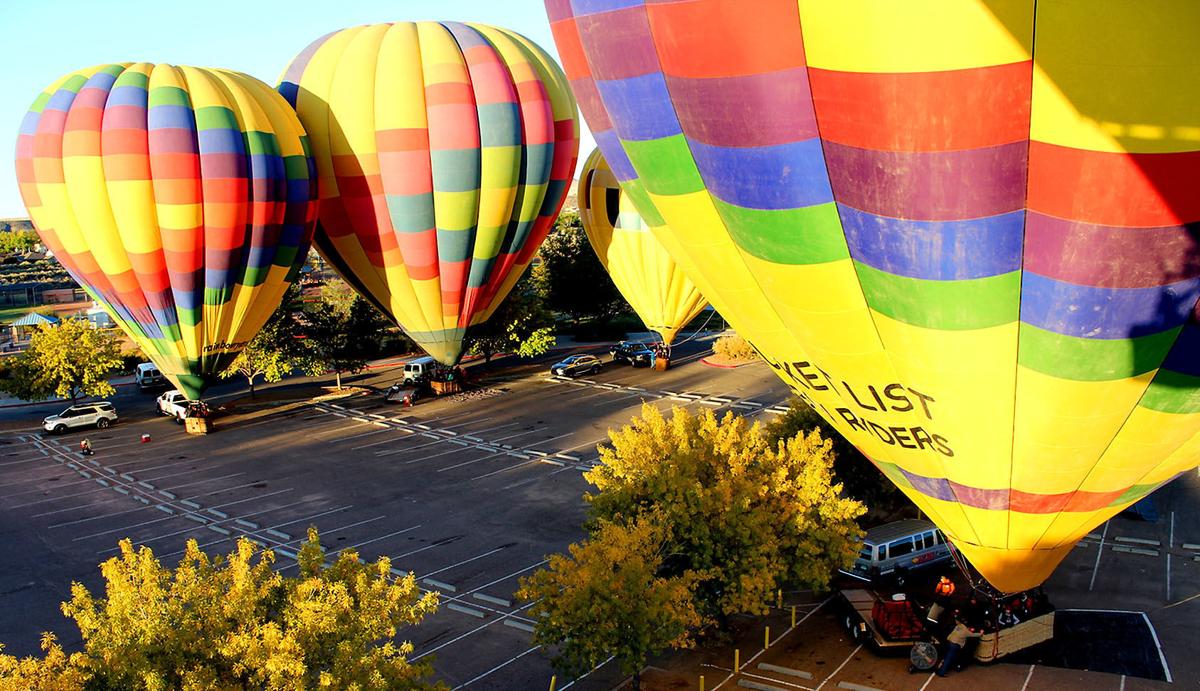 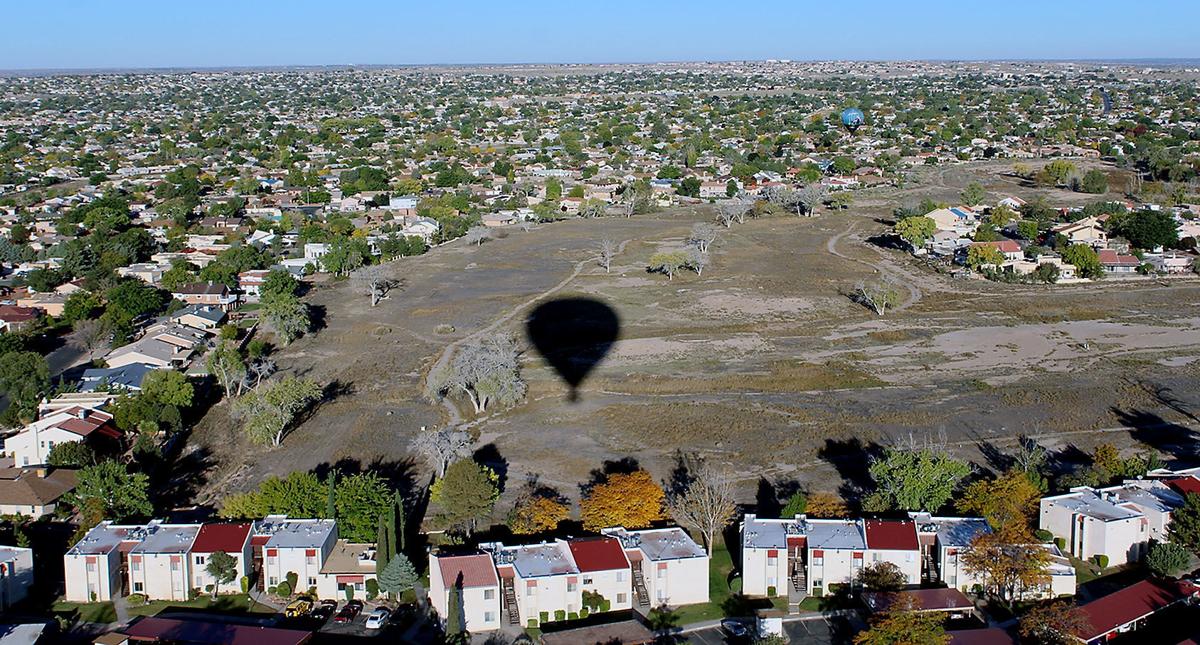 Hot air balloons can be navigated close to the ground and high into the air. The pilot has control of balloon rotation too, but not direction.

The chase vehicle for a hot air balloon shows up at the landing site to pack and transport the deflated balloon.

Hot air balloons can be navigated close to the ground and high into the air. The pilot has control of balloon rotation too, but not direction.

The chase vehicle for a hot air balloon shows up at the landing site to pack and transport the deflated balloon.

Paul Petrehn flies like the wind, and in one hour I catch the drift about how, where and why.

“Welcome to my office,” he says, around 8 a.m. on a calm, clear and crisp Sunday in Albuquerque, N.M.

We are in a city park and standing inside a sturdy wicker basket that soon will glide 800 feet above ground at 10 to 12 miles per hour.

Petrehn is a hot air balloonist who ranks among the best in the world.

The work takes him up, up and away to compete in aerial races and to fly corporate hot air balloons.

He’s seen Dubai, Japan and much more from the air.

That said, many of Petrehn’s 250 flight hours per year accumulate in one-hour stints with trepidatious travelers like me.

We meet at the epicenter for hot air ballooning.

Although at least eight balloons are in various states of inflation around us, this day is nothing like the annual sky-high spectacle that concluded a couple of weeks before my arrival.

No gathering for balloonists is larger than the Albuquerque International Balloon Fiesta, where at least 500 hot air balloons from 25 countries soar.

Why here? Favorable wind patterns and cool morning temps are a winning combination for the annual October event.

He was raised in the Midwest, and seven of 11 in his immediate family are balloon pilots today.

Their father was a balloonist before Petrehn was born.

So this business of flying is as much about continuing a legacy as it is about making a living.

Petrehn compares his work to three-dimensional sailing: He controls the balloon’s rotation and height, but the direction is “100 percent up to Mother Nature.”

A small helium-filled balloon — to test the wind’s direction — is released before the big, propane-heated balloons are inflated and launched.

As we roam near Petroglyph National Monument, Petrehn maneuvers us up and then down — close enough to ground to see harried jackrabbits sprint from one piece of cholla cactus to another.

How close? We had the gentle thrill of feeling our basket skim atop sagebrush too.

Dogs bark as if on cue, as whooshing spurts of propane boost the balloon and basket above neighborhoods.

It’s a dreamy float and otherwise the trip is relatively quiet as Petrehn maintains occasional radio contact with colleagues and answers passenger questions.

Before the trip begins, he knows how to reassure skittish folks (like me) who silently wonder whether they will fall out of the basket, feel cold, get panicky or need to vomit.

Since we’re riding with the wind, there is no turbulence.

The basket was more than three feet deep and stays level.

It was truly smooth sailing, until we landed.

But the pilot had prepared us. Crouch into the padded basket and hang on to rope handles, he said, before we left the ground. There’s a chance we’ll tip over, but you’ll be fine.

That’s exactly what happened, as wind picked up as Petrehn landed in a desolate Rio Ranchero field, about 10 miles from where the adventure began.

The basket stayed upright until it came to a stop on its side, catapulting no one.

“You can say you landed at 17 mph,” the pilot offered, as we pronounced those final, quick bumps as thrilling.

Next came a toast, which mixed an Irish blessing with a Sandia Sunset (champagne mixed with orange and cranberry juices).

It was a bucket list kind of experience, which I hadn’t expected and would repeat without hesitation.

Price depends on time of year and whether the ride with private or with other people.

Up to 14 passengers ride in one balloon. The post-festival price in October was $169 for that scenario.

Although the ride lasts about one hour, plan on setting aside three to four hours for the ballooning experience.

Riders are shuttled to the launch site and watch balloon inflation before boarding.

Afterwards, they share a celebratory toast and watch or help the flight crew pack the balloon, basket and gear before the chase vehicle returns to its starting point. It’s not a speedy process.

For more about the annual Balloon Fiesta, visit balloonfiesta.com.

The biggest annual ballooning event in Wisconsin is the Hudson Hot Air Affair, Feb. 7-9 near the Mississippi River.

Balloon rides for the public are not a part of the event, which typically attracts 40 hot air balloons.