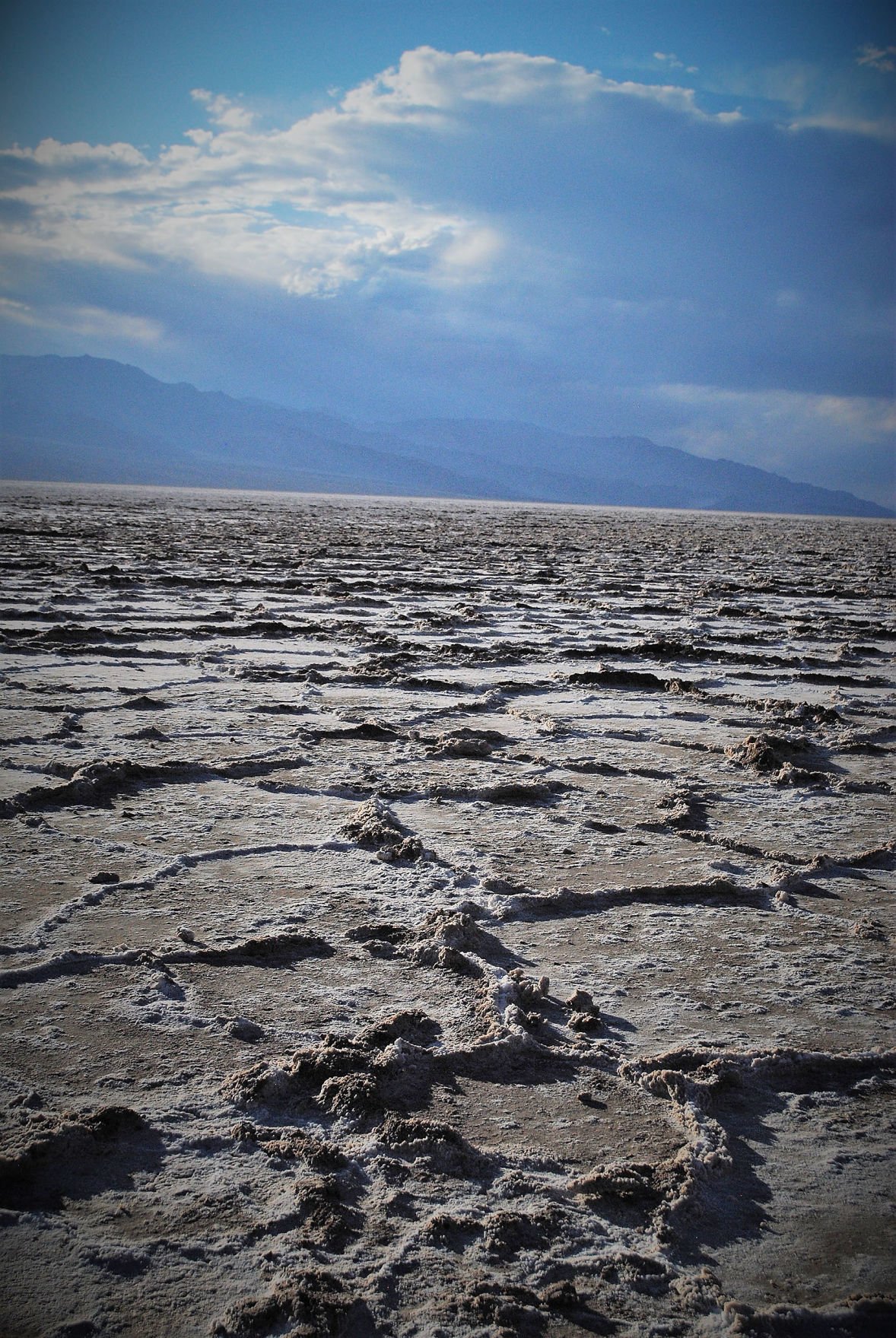 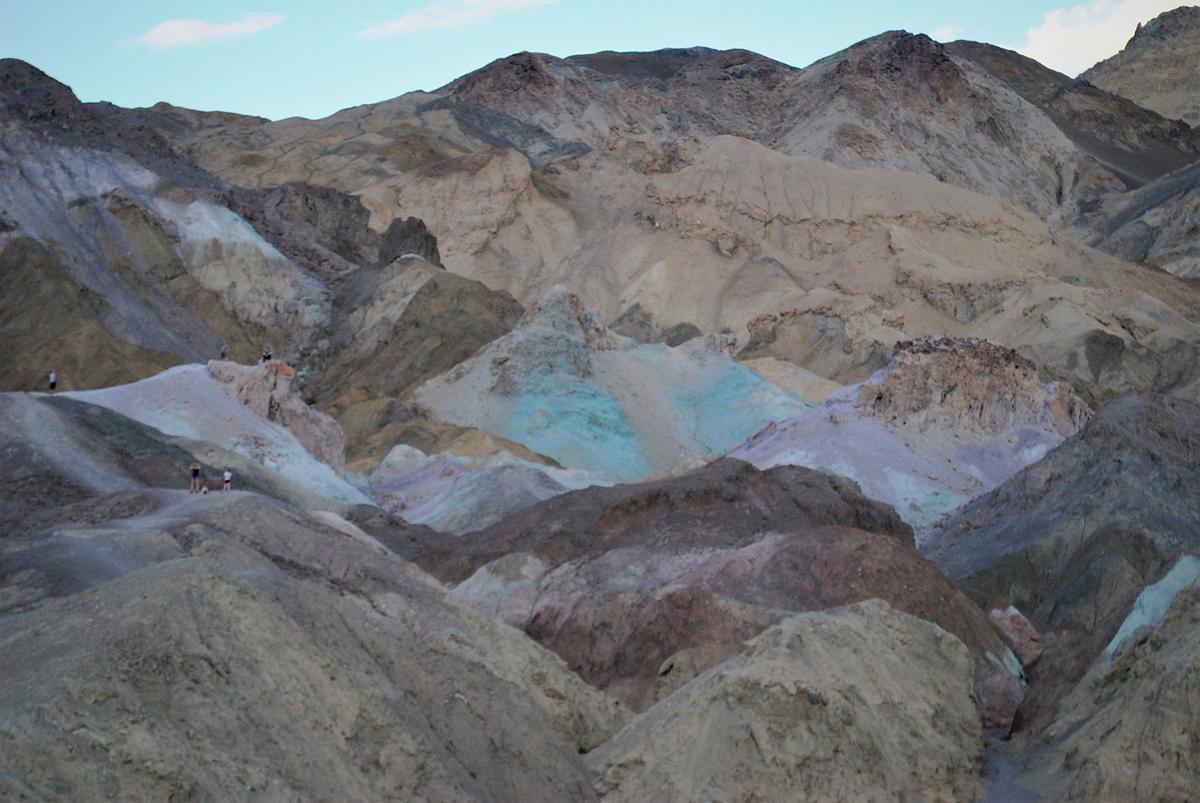 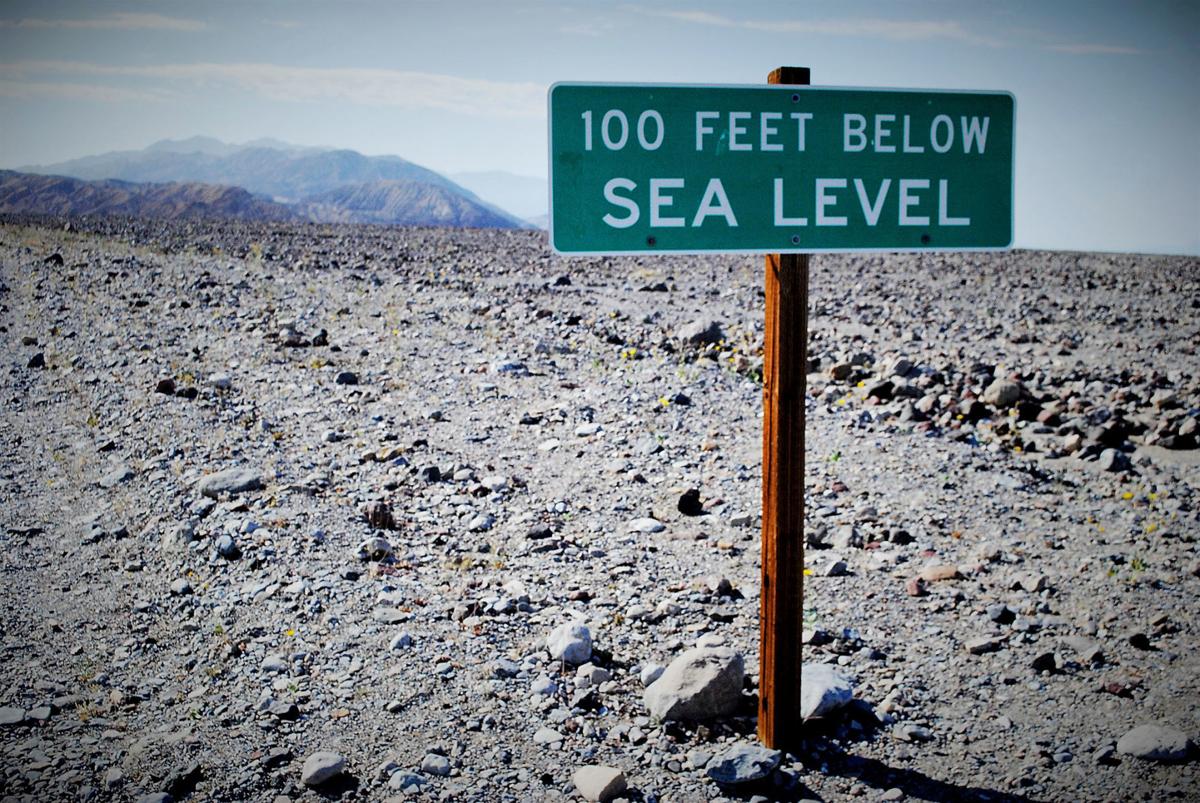 The sign near the visitor center at Death Valley National Park is getting down to business, but one can still drop another 182 feet at Badwater Basin.

The sign near the visitor center at Death Valley National Park is getting down to business, but one can still drop another 182 feet at Badwater Basin.

Our national parks are so dazzlingly diverse.

Take your pick of photogenic peaks or canyons, waterfalls and seashores, history and nature.

They’re what you get when you mix geologic majesty with the genius of conservation ethics.

You get national treasure, the light of wonder, the weight of living rock.

Death Valley National Park is what you get when light loves rock.

It loves it to life.

I wonder why it took me so long to visit the place? Perhaps it was its reputation?

With names like Devil’s Golf Course, Badwater Basin, and Furnace Creek, the park likes to play up the doom and gloom morbidity – but life abounds, even in the land of extremes.

Death Valley is squeezed between the Mojave and Great Basin Deserts.

It’s a harsh setting, and a singular park, for many reasons: it’s not only the biggest national park in the contiguous U.S., but it’s also the hottest, driest, and lowest.

On one afternoon, in July of 1913, someone thought to check the thermometer.

The 134 degrees Fahrenheit they recorded is still the highest ambient air temperature ever recorded on the slim surface of planet Earth.

At 282 feet below sea level, Badwater Basin is the second-lowest point in all the Western hemisphere (the lowest is in Argentina).

With California’s Mt. Whitney due west, that’s the lowest elevation in the U.S. to highest in the lower 48 in a mere 76 miles.

The several mountain ranges that lie to the park’s west create a severe “rainshadow effect.”

As the clouds rise to climb the ranges, the moisture is drained from them.

On a yearly basis, the park typically gets less than two inches of rainfall.

But that’s where the park’s hard features grow soft.

February may be the best time to visit the park.

More than 1,000 species of plants grow in a park named for death.

The rocky story of Death Valley is a long and slow-moving tale; its main characters are sea, uplift, and volcanic activity.

The seas and volcanoes are spent, but the uplift continues.

Wherever one turns, whichever vista one chooses, the eye is met with the artistry of living geology, so photography – especially at the kinder fringes of the day – is prime sport.

Ninety-one percent of the park is designated wilderness, but roads and trails provide access to grand immersion points — like Dante’s View, Artist’s Pallet, and Badwater Basin – where one can walk for miles into the textured white salt pans.

Camping is permitted in the park too, but a word of advice: while some of the campgrounds – like Furnace Creek — are broken by the kindness of greenery and the suggestion of shade, other campgrounds (like Sunset) are nothing more than a field of stones divided into numbered lots.

Native Shoshone people subsisted in the region, when conditions allowed.

The first white visitors got trapped in the valley while looking for a shortcut to California in 1849.

Small towns would spring up, and then fail.

The only human enterprise which manages to thrive in Death Valley – other than tourism – is mining – particularly for borax, exported with the help of 20-mule teams.

Death Valley Monument was designated in 1933, by Franklin Roosevelt.

It wasn’t elevated to park status until 1994, under Bill Clinton.

July is the hottest month in Death Valley.

Whatever you do, don’t visit then.

I visited in April.

The temperatures were not mild, and the flowers were shriveling fast.

Still, the rocks were in full bloom.

On Easter Sunday, I got up before light and drove to Zabriskie Point, one of the park’s signature photographic overlooks.

Upon arriving I found other tourists, and a band of folks gathering for a dawn “church service,” complete with guitars and sing-along hymns.

As the sun rose and turned the layered metamorphic hills and ranges pink and rust, I could hear the voices of the participants thanking God for another day.

As I watched the light change, I too gave thanks, but silently as the baked land.

Life is hard, but life is good.

Betchkal is a freelance writer based in Eau Claire.