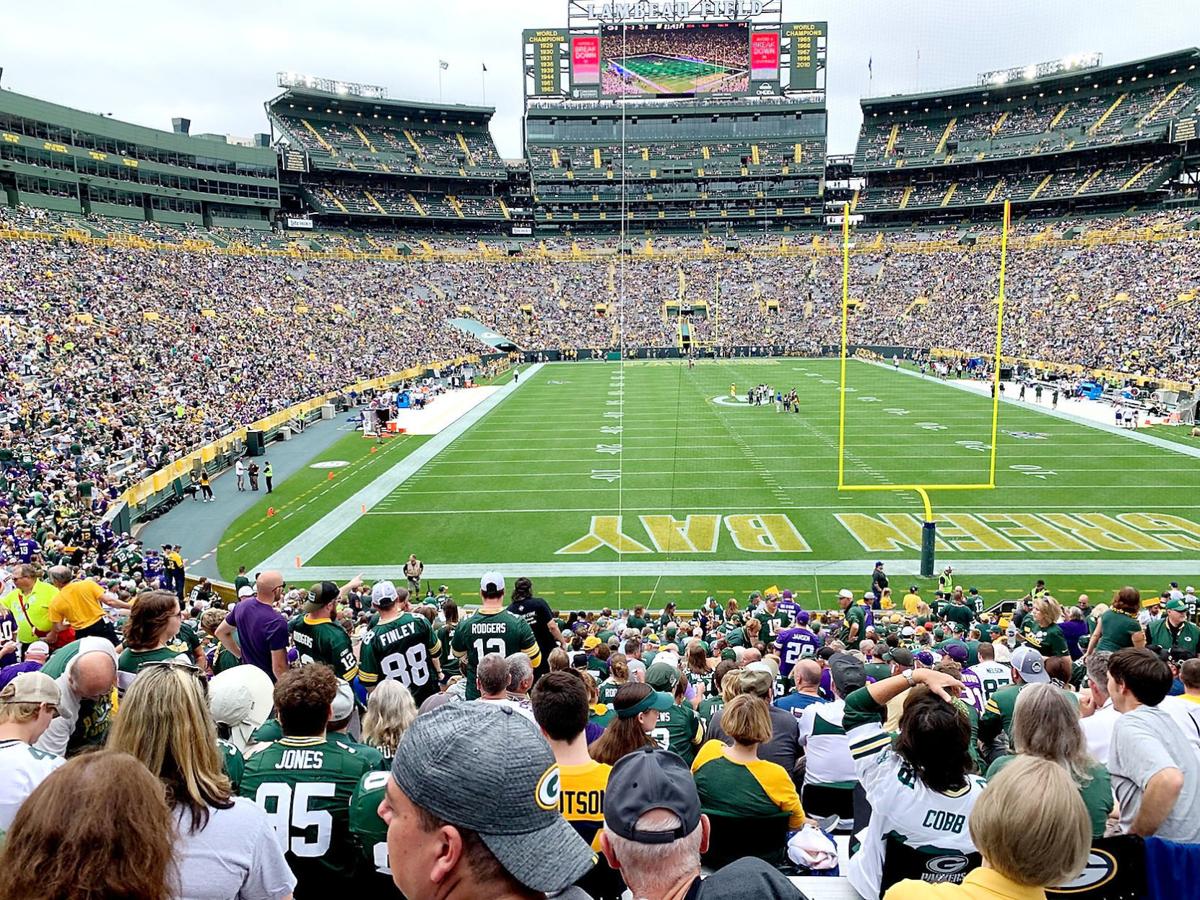 Lambeau Field is elusive to many of us. About 137,000 people are on the waiting list for Green Bay Packers season tickets, and no NFL football team has a longer waiting list. 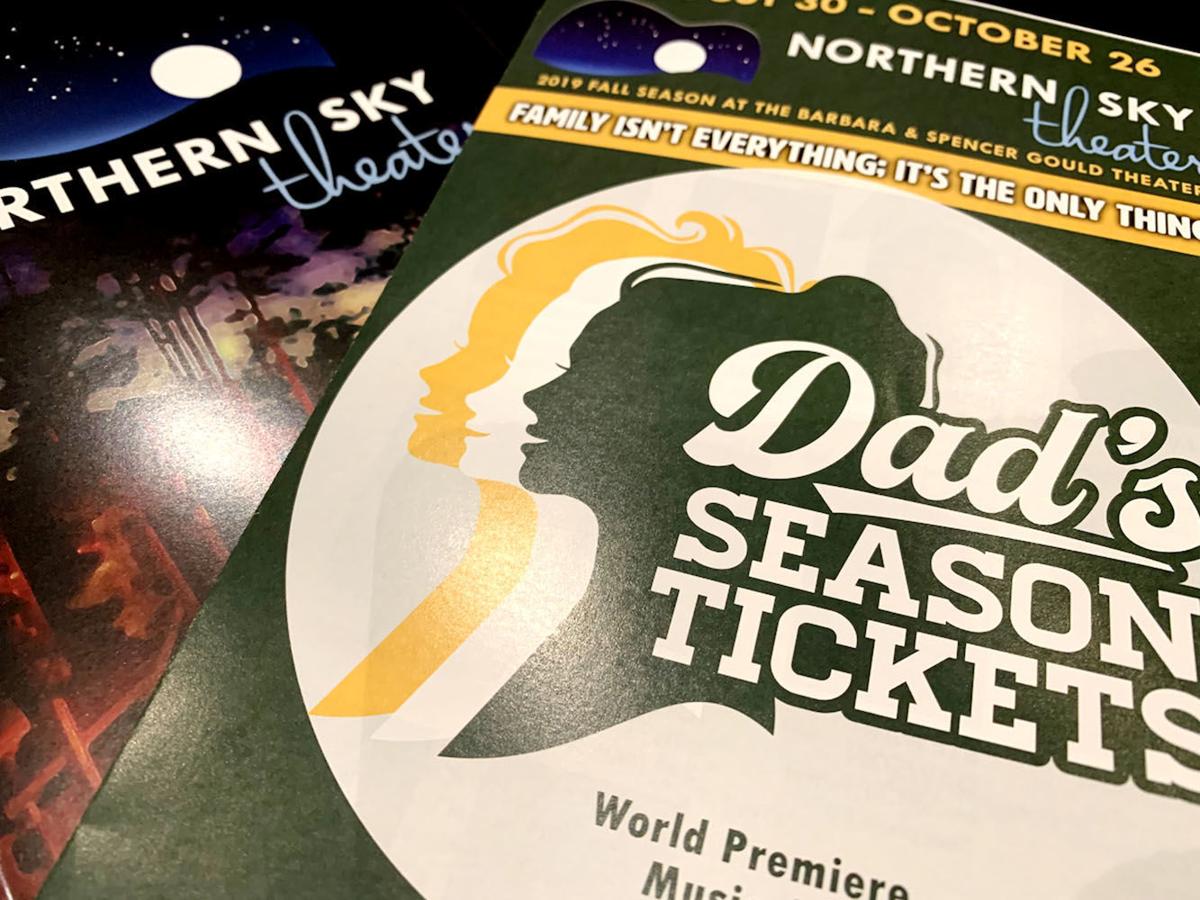 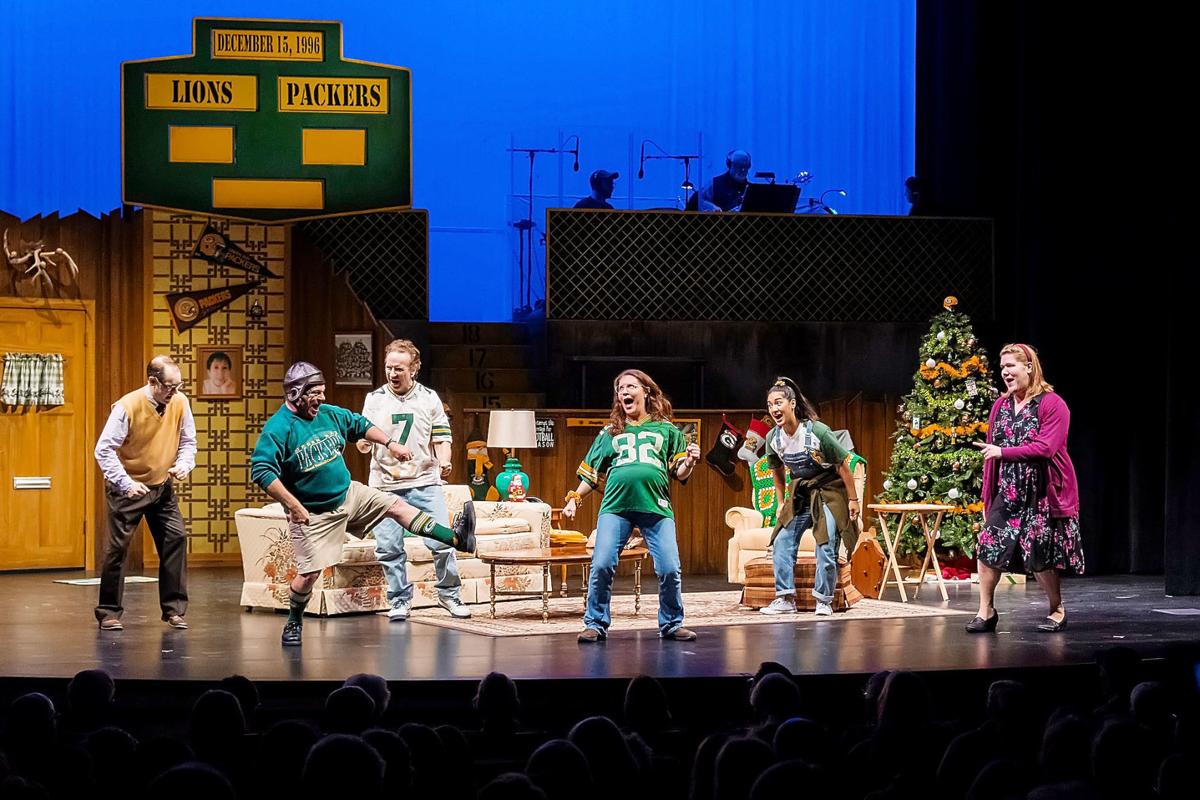 The cast of “Dad’s Season Tickets,” a Northern Sky Theater production, demonstrates the deep passion that defines fans of the Green Bay Packers.

Lambeau Field is elusive to many of us. About 137,000 people are on the waiting list for Green Bay Packers season tickets, and no NFL football team has a longer waiting list.

The cast of “Dad’s Season Tickets,” a Northern Sky Theater production, demonstrates the deep passion that defines fans of the Green Bay Packers.

In Frank and Jane Martucci’s California home is a framed letter from June 2018 that says this:

“Your name has been added to our waiting list for 4 tickets and your priority number is 134,865. You will be notified by mail, as tickets become available.”

That doesn’t seem to douse her enthusiasm: Even family dog Stanley gets dressed in green and gold on game day. Who cares that Lambeau Field is at least 2,100 miles away?

Packer backing brings out the passionate, and the dream of season tickets is for the patient. Three quick facts:

A whopping 99.4% renewed their game tickets before the start of this NFL season.

The Packers’ sell-out of season tickets began in 1960 and hasn’t relented.

No other pro football team has a longer waiting list for season tickets.

About 137,000 are on the ticket waiting list, said Packers spokesman Aaron Popkey, and a measly 1,682 tickets went to 548 new accounts this year.

Rules about who can take your place on the waiting list — or be transferred your tickets — are specific and detailed.

That heightens the possibility for family scuffles to ensue and escalate because of fan fervor and the reality that scarcity adds value way beyond a ticket’s price.

New at Northern Sky Theater in Door County is a musical comedy that explains all of this in over-the-top detail.

“Dad’s Season Tickets,” by Matt Zembrowski of West Allis, pits sister against sister as their widower father begins to get his affairs in order.

Translation: He needs to decide who will inherit his Packer tickets. They can’t go to more than one relative.

What we have is a cultural statement that is deep with blind loyalty, obsession and conniving strategy.

We see embellished bits of family, co-workers, friends and neighbors — enough to whoop (or wince).

Cornball comedy? Check. Learn what football and love have in common. Witness the withdrawal of living through a bye week.

Predictable stereotypes? Sure. Expect green and gold on everything, Christmas tree to diaper bag.

See how superstition matters, be it wearing the same filthy jersey for luck or leading cult-like “little Bart” pre-game rituals.

Northern Sky introduces this production as a contemporary spin on “King Lear,” but I simply kept thinking about “Guys on Ice,” the 1998 folksy ode to ice fishing and all of its endearing quirks.

This is a theater company whose specialty is lighthearted self-examination, a magnified mix of humor and schmaltz. It’s a look in the mirror, for better or worse, for laughs and for the record.

The production run for “Dad’s Season Tickets” already has been extended to Oct. 26, and it christens Northern Sky’s sleek, new theater on 40 acres at 9058 Highway A, Fish Creek.

Tickets are $35, less for students and ages 12 or younger.

Packer tickets end up in estate plans and divorce decrees because the rules are tight about how to transfer tickets.

Tickets can be willed to a blood relative (as defined by the Green Bay Packers) but not to a friend.

If a ticketholder dies without a will, the surviving spouse has first dibs on the tickets.

Next in line: surviving children. If they can’t agree which one of them should get the tickets, the tickets revert to the Packers.

Upon divorce or separation, the Packers will honor a stipulation authorizing retention or transfer of tickets to one or both of the parties.