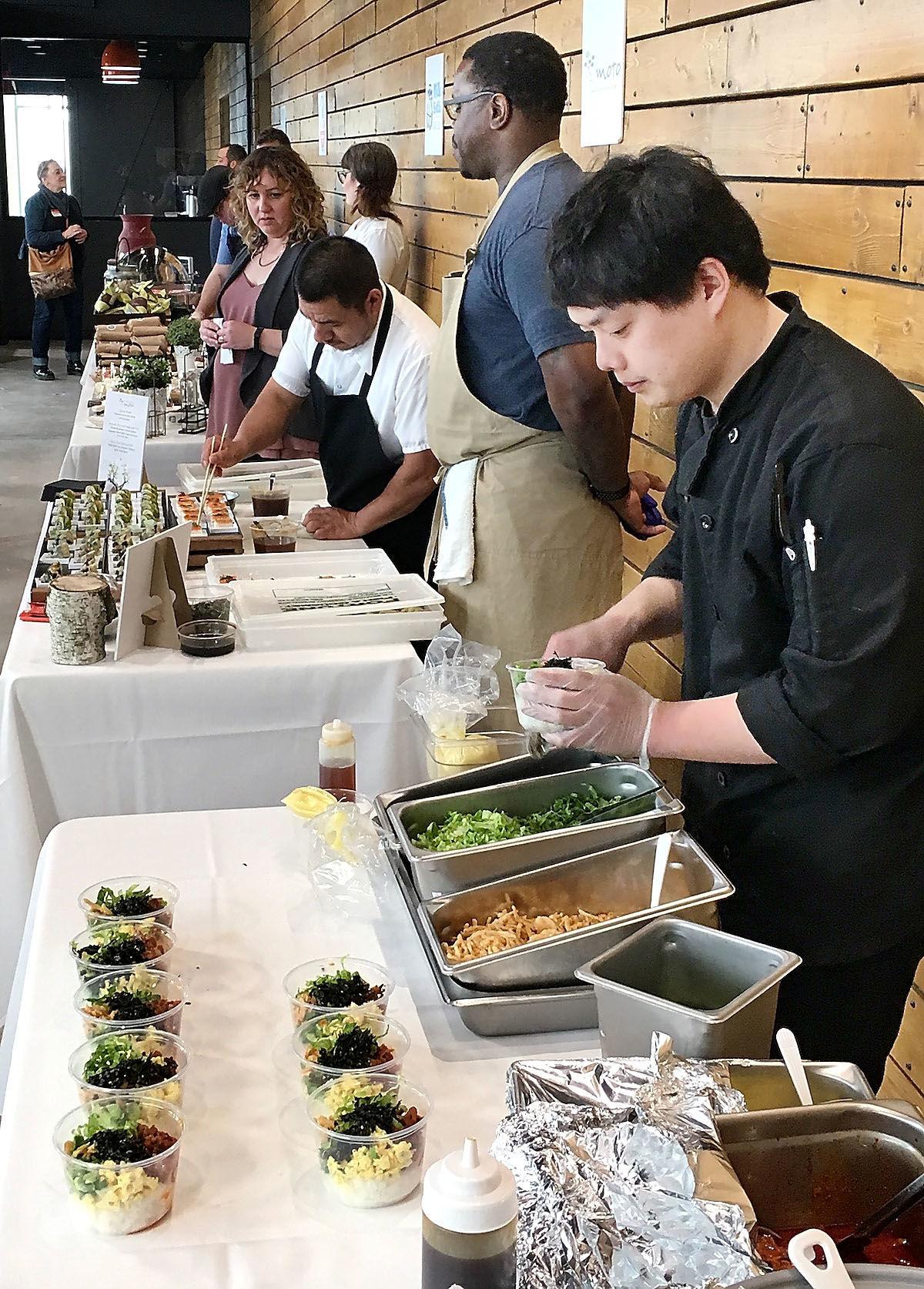 Most of the chefs coming to Third Street Market Hall food stalls have not been announced, but those who are already known recently introduced their specialties to food writers and editors. In the foreground is chef Yosub Yoon, whose Char’d will serve Korean fried chicken wings, rice bowls and other recipes with an Asian flavor. 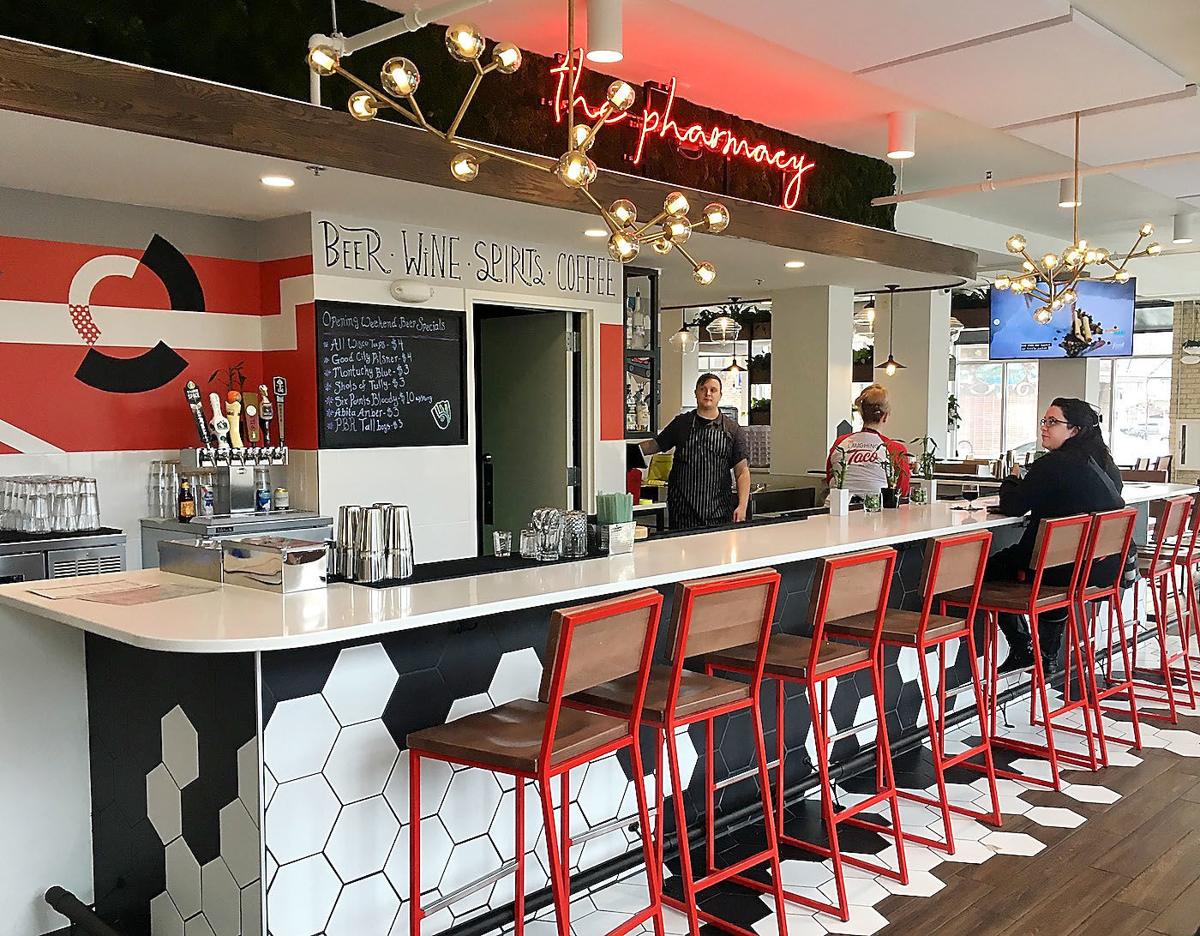 Crossroads Collective, next to the Oriental Theatre in Milwaukee, was the city’s first food hall to open. 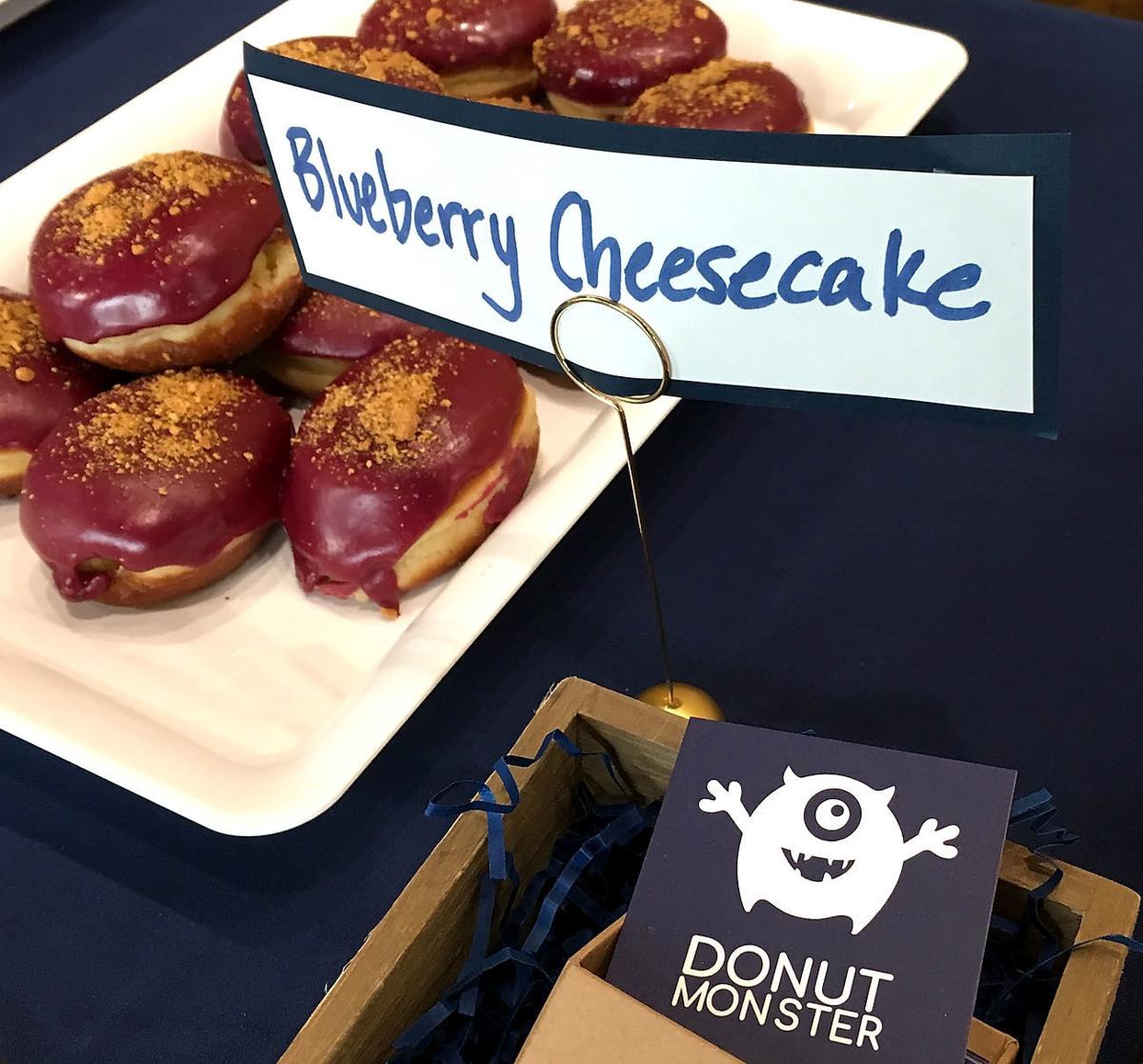 Until 2020, Donut Monster does pop-up and catering business in the Milwaukee area. Then it moves to Third Street Market Hall.

Most of the chefs coming to Third Street Market Hall food stalls have not been announced, but those who are already known recently introduced their specialties to food writers and editors. In the foreground is chef Yosub Yoon, whose Char’d will serve Korean fried chicken wings, rice bowls and other recipes with an Asian flavor.

Crossroads Collective, next to the Oriental Theatre in Milwaukee, was the city’s first food hall to open.

Until 2020, Donut Monster does pop-up and catering business in the Milwaukee area. Then it moves to Third Street Market Hall.

Jackie and Sara Woods’ doughnuts and breakfast sandwiches pop up here and there in the Milwaukee area. It’s been that way around eight months.

Facebook followers (@DonutMonsterMKE) know when to find them at Hawthorne Coffee Roasters on Howell Avenue, Central Standard Craft Distillery on Clybourn Street, and Weeds, a home and garden shop in Cedarburg.

People pay attention to the business, Donut Monster, because flavors are unconventional (think Salted Chocolate, White Chocolate Passionfruit, Blueberry Cheesecake). Doughnuts begin with a brioche dough. One popular base for sandwiches is a from-scratch English muffin.

Soon their lives get more complicated.

Donut Monster is one of an estimated 18 food vendors that will occupy the 35,000-square-foot Third Street Market Hall when it opens in the former Grand Avenue mall in downtown Milwaukee in early 2020.

A food hall goes beyond the typical shopping mall food court. Food stalls tend to be ethnically diverse and operated by local folks not affiliated with a national brand. The setting is a go-to destination, not a place to slurp or nosh in the middle of a shopping spree.

Eating is one big reason to linger at a food hall, but this one is designed as a community gathering space too. That means a central, open bar for parents to chill as their children play. It’s about sipping a craft beer while working on a laptop. It may be about ping-pong, bocce ball courts and dart throwing too.

This food hall project is Milwaukee’s biggest and part of an urban trend nationwide. Forbes magazine calls the food hall a new way for chefs to make their mark without opening their own restaurant or bakery.

Consider it a new option to the food truck and less of a risk than opening your own business.

“It started as an amenity for the building but is turning into one of the top food halls in the country,” asserts Omar Shaikh, SURG Restaurant Group president, who is guiding food hall development.

“Many other food halls are an in-and-out experience. We aim to make this like a mini village. … We are extremely passionate about what we’re putting together.”

Redevelopment plans for the Grand Avenue, which opened as an indoor shopping center in the early 1980s, include apartments, office space and a fitness center too. Besides food stalls with open kitchens, a banquet area and a beer hall are planned.

Shaikh and others studied 30 food halls nationwide before developing this one. He says it is somewhat patterned after DeKalb Market Hall in Brooklyn, N.Y., home to 40 vendors, plus bingo and trivia nights, frequent entertainment and other events.

“We can help build a brand,” Shaikh says, of chefs who are being approached to be part of The Avenue’s food hall. That is what happened with Donut Monster, and Jackie Woods says the timing is good. The food hall will replace the Woods’ pop-up work.

Ryan Oschmann of Bass Bay Brewhouse in Muskego says he and colleagues were approached too. “We had planned to go somewhere with our Milk Can concept,” he explains. That business specialty is burgers and frozen custard. It will be paired with fancy pastries and other desserts made by Milk Bottle Bakery.

Think beyond meat slingers and cake frosters: Menus may seem simple, but the people behind these brands have culinary training that includes work with master chefs in France.

Crossroads Collective, the first food hall in Milwaukee, opened in late 2018. It is compact and next to the Oriental Theatre. The six vendors sell falafel to tacos to barbecue. For more information, visit crossroadscollective mke.com.

Here are three of my favorite food halls in Chicago:

• Latinicity, 108 N. State St.: On the third floor of Block 37, a mix of boutiques and cafes, are eight food stations with fare that includes Peruvian-style stir fry, torta and mollete sandwiches. Add $3 shots of tequila and $6 margaritas from 4 to 6 p.m., except Sunday. Lots of seating faces a wall of windows, to peek onto the Windy City at work and play. For more information, visit latinicity.com.

• Chicago French Market, 131 N. Clinton St.: Known as the city’s original food hall and featuring more than 30 vendors, many selling ethnic specialties. It opened in 2009 and was designed to resemble a European market. Find it near Union Station and Ogilvie Transportation Station (for regional Metra trains). For more information, visit frenchmarketchicago.com.

• Eataly, 43 E. Ohio St.: Immerse yourself in all things authentically Italian, polenta to Neapolitan pizza, focaccia to tiramisu. Shop, sip, nibble and linger in this double-story food emporium with many areas to dine, behind a counter or with white linens. Chefs use ingredients from the mega-store’s markets and lead cooking classes too. For more information, visit eataly.com.