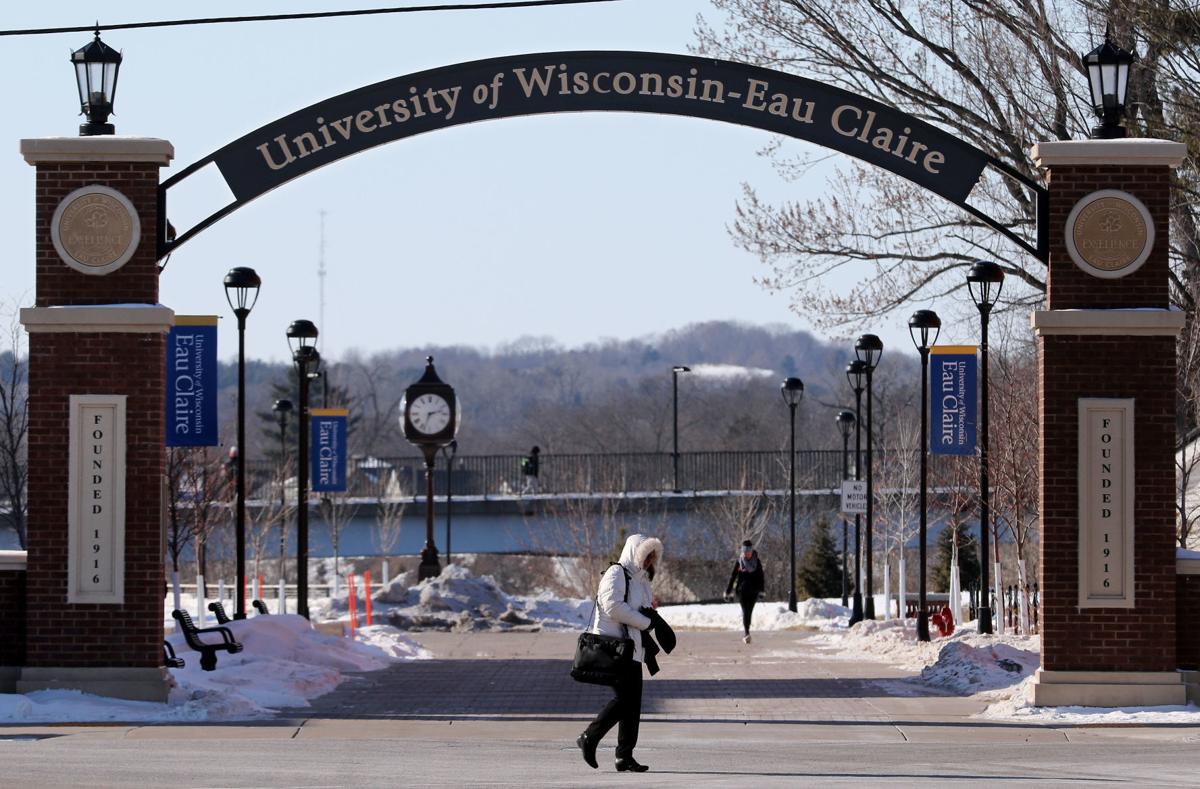 A complaint filed by a former UW-Eau Claire staff member describes a culture of fear and bullying that led to a toxic work environment under an administrator’s leadership. View more photos at LeaderTelegramPhotos.com. 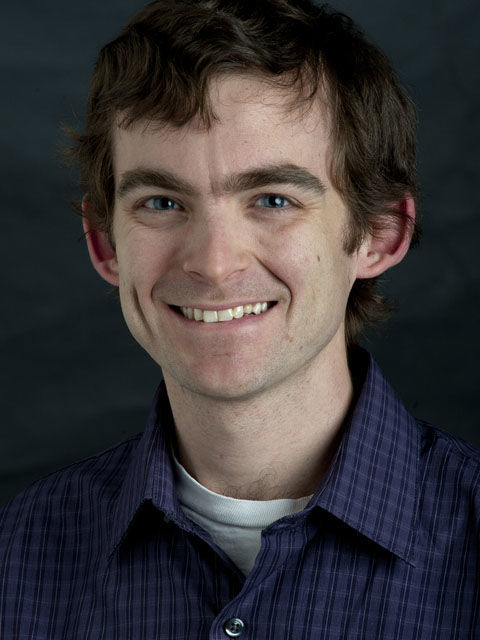 A complaint filed by a former UW-Eau Claire staff member describes a culture of fear and bullying that led to a toxic work environment under an administrator’s leadership. View more photos at LeaderTelegramPhotos.com.

A UW-Eau Claire administrator is under UW System investigation following a complaint by a former employee who resigned as a result of alleged gender-based workplace discrimination.

As a result of what the complainant referred to as an exodus of strong women leaders, UW Shared Services is overseeing an investigation into Albert Colom, UW-Eau Claire vice chancellor of enrollment management.

Angie Swenson-Holzinger, a former associate director of advising, filed a formal complaint against Colom on Feb. 3, Swenson-Holzinger’s last day as a university employee. Swenson-Holzinger is at least the sixth employee to resign under Colom’s management since he began his role during the 2018 fall semester. Five women filed their resignation notices within three days of each other in January 2019.

Swenson-Holzinger’s complaint describes a culture of fear and bullying that led to a toxic work environment under Colom’s leadership. Swenson-Holzinger alleges she was “spoken to with a pattern of disdain and treated as if I was not competent.” The complaint also alleges that Swenson-Holzinger never heard Colom criticize male campus leaders but he “regularly disparaged other female leaders on campus.”

Rindo said these types of complaints are not uncommon for a university the size of UW-Eau Claire, which he said has more than 1,300 employees. Rindo declined to comment on any specific incidents regarding Colom, saying the university does not publicly discuss personnel matters.

Rindo said UW-Eau Claire takes formal complaints seriously and refers them to the proper entities to ensure due process is followed. Regarding Swenson-Holzinger’s complaint, UW-Eau Claire Chancellor James Schmidt said during a Feb. 11 University Senate meeting that the investigation will be handled by UW Shared Services. The investigation will begin within the next two weeks.

Colom remains working on campus, according to Rindo, who cautioned against speculation until the investigation concludes.

“Let’s let the fact-finding inquiry take its course and make sure that Albert Colom … is given due process,” Rindo said.

During an interview Thursday with the Leader-Telegram, Swenson-Holzinger described Colom’s management style as “divisive, bulldozing (and) bullying.”

The complaint alleges that during a conversation in November 2019, Colom said he hadn’t seen evidence of Swenson-Holzinger’s occupational competence. She asked what competence would look like, and Colom cited three things: “He said I needed to agree with his ideas, ‘have his back over the backs of the team’ that I supervise and ‘play a more active role in the division.’”

“He was always asking for blind loyalty,” Swenson-Holzinger told the Leader-Telegram.

Swenson-Holzinger said it will likely be extraordinarily difficult to prove gender discrimination because many of the conversations with Colom she found most troubling occurred during individual meetings behind closed doors.

“At the minimum, it’s definitely a toxic workplace,” Swenson-Holzinger said.

Swenson-Holzinger said several employees told her that if she filed an official complaint she must be willing to never work at UW-Eau Claire again. Swenson-Holzinger called that frightening to hear but said it strengthened her resolve to ultimately file a complaint.

“If I see something that’s not right, I have to do something, whatever the costs,” Swenson-Holzinger told the Leader-Telegram.

Swenson-Holzinger stressed the difficulty involved in her decision to resign.

“Prior to this hostile work environment, I had planned to retire from UW-Eau Claire,” she wrote in the complaint, adding that “being in this environment was starting to break my spirit.”

Heather Kretz and Heather Pearson, two of the five staff members who resigned in January 2019, had similar long-term plans to stay at the university. Those plans began to change in fall 2018.

Kretz reported directly to Colom and said his “toxic behavior was mostly behind closed doors” during several individual meetings she had with him every week. She said Colom often seemed paranoid and valued personal loyalty from his subordinates above everything else. When the two of them convened after meetings, Kretz said, Colom often used vulgarity to insult the people they had just met with.

Pearson reported directly to Kretz and thus did not have as many direct interactions with Colom. Based on her limited exchanges and conversations with colleagues, though, Pearson concluded she couldn’t work under a vice chancellor who “exhibited those characteristics that just didn’t fit with my own morals and ethics.”

After Swenson-Holzinger’s resignation, Hart-Brinson reached out to the people who had resigned and was struck by the similarity of their stories. They all mentioned bullying and fear of retaliation for disagreeing with Colom.

“Everyone seemed to be telling their own version of the same story,” Hart-Brinson said. “In all my (15 years) doing union work, I’ve never seen something like this.”

Hart-Brinson said former employees expressed sadness and anger at feeling “pushed out of a job that they loved.”

Swenson-Holzinger wrote in the complaint that “I am now able to accept that this job that I loved no longer exists.”

After Swenson-Holzinger resigned, Hart-Brinson heard from faculty and staff who said employees from other UW System universities were asking them what was going on.

“Word had gotten out, and the university’s reputation was suffering,” Hart-Brinson said.

Colom’s position was created in 2018 following comprehensive restructuring undertaken by university leadership to better meet long-term recruitment and retention challenges. However, Hart-Brinson fears Colom’s managerial style may be having the opposite intended effect, since employees in the admissions and advising departments are directly responsible for recruiting and retaining students. If some of the best people in those positions are leaving, Hart-Brinson said, that “threatens the university as a whole.”

Hart-Brinson said it is likely that some current employees are scared to talk to him for fear of retaliation. Hart-Brinson expressed similar personal concerns but largely feels secure as a tenured faculty member; academic staff, who cannot receive tenure, have more tenuous job statuses.

“This is a scary moment for our university,” Hart-Brinson said.

As union leader, Hart-Brinson has made himself available to other employees if they want to talk with him about similar workplace issues. He ultimately chose to speak out so faculty and students understand what is happening to some staff members and “because the well-being of the entire university is at stake.”

He said the UFAS-UWEC is showing support and trying to protect current staff members to ensure that the university doesn’t lose any more of its talented employees as a result of a poor workplace.

“We’re trying to create an environment where people support each other, because that environment has been lacking up to this point, obviously,” Hart-Brinson said.