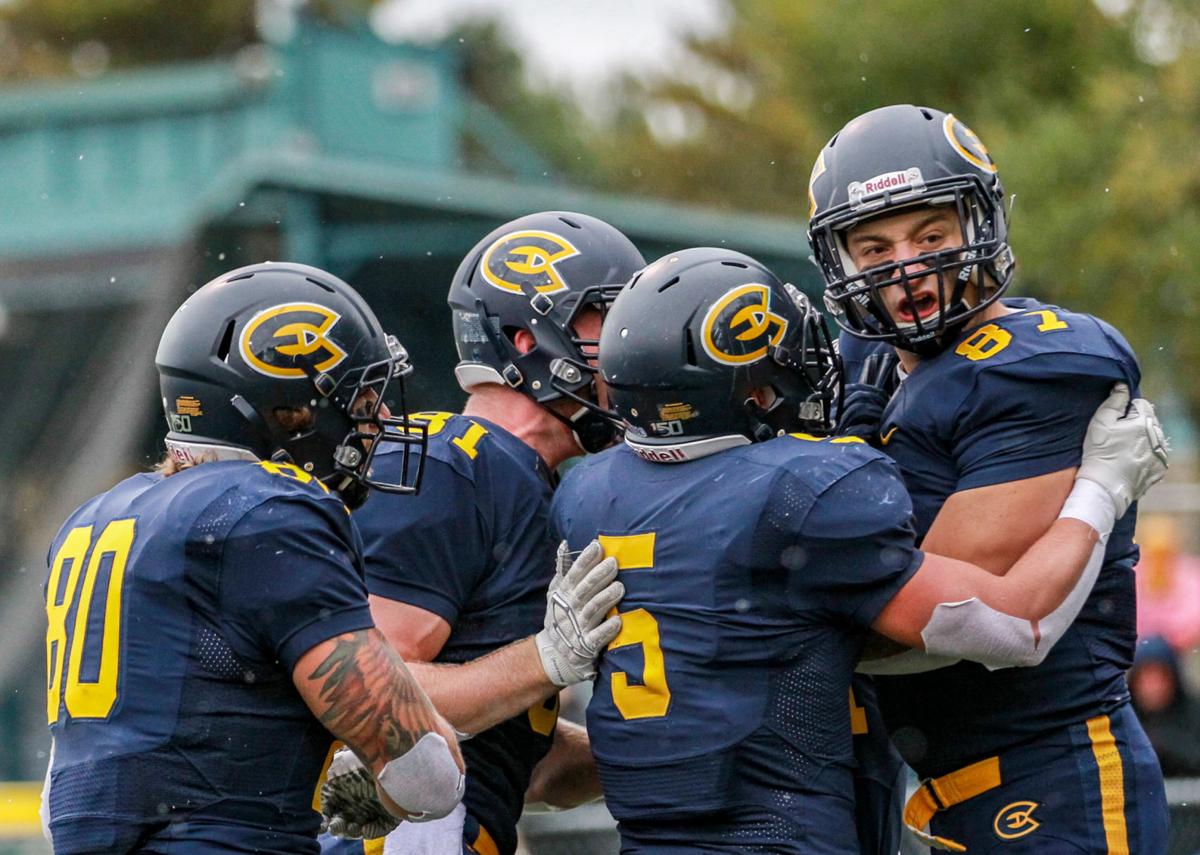 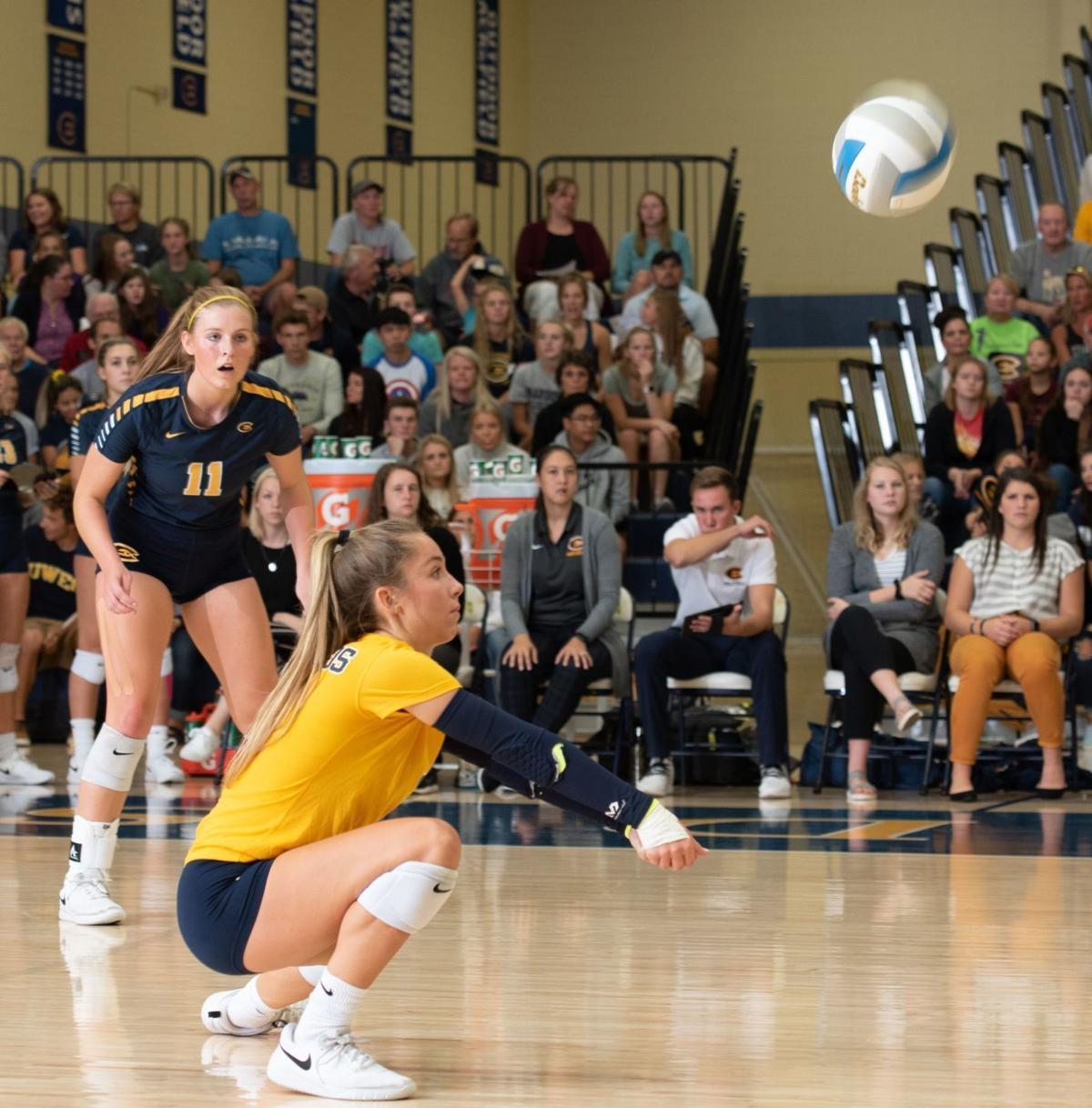 UW-Eau Claire libero Taylor Scalia digs the ball during a match against St. Benedict on September 4, 2019 at the McPhee Center.

UW-Eau Claire libero Taylor Scalia digs the ball during a match against St. Benedict on September 4, 2019 at the McPhee Center.

In the end, the WIAC just couldn’t carry the financial burden.

UW-Eau Claire Athletic Director Dan Schumacher pointed toward the NCAA protocols released on July 16 — which call for players in high-risk sports to be tested 72 hours before competition — as being a major factor in the WIAC’s decision to cancel the fall conference season and championships Monday.

“The guidelines that are out there, and I’ll be bold on this, these were created for the Power 5 only,” Schumacher said Tuesday while meeting with the media at Brewer Hall. “They’re the only ones that can afford this stuff.”

Schumacher said UW-Eau Claire would need 6,000 tests just for fall athletes to follow NCAA procedures. Not only would that be difficult for the university to afford, it would also put a strain on the area’s testing capabilities, Schumacher said.

“I look at it two ways,” Schumacher said. “You have the science, but you also have the capabilities of the County of Eau Claire and the testing availability and being able to adhere to the NCAA rules. Within 72 hours of competition you’re going to get results back on your tests? That’s not happening right now.

“So you look at the capabilities of your local county health board and what their leadership says, and you look what the capabilities and what we’re trying to do here at the institution here — the institution, not athletics — and then you add on all the athletics and the cost that it would be, to asking for special exceptions from the general public, to bypass and get those tests, it became unrealistic that we could ask that of our community. Then athletics becomes more important than health, and that’s why the decision to not have sports is a good decision, it’s a safe decision.”

That doesn’t mean it was an easy decision, as evident by clear signs of emotion from Schumacher, UW-Eau Claire volleyball coach Kim Wudi and football coach Wesley Beschorner Tuesday. The WIAC’s move wiped out the season for five UW-Eau Claire teams: football, women’s soccer, volleyball and men’s and women’s cross country. Women’s tennis and women’s golf, which typically play in both the fall and spring, will not compete in the fall.

Schumacher said he wasn’t mentally prepared to talk to the media when the news broke. The Blugold AD said an original return-to-play plan for the WIAC was put together two weeks ago but had to be changed within hours after the NCAA released testing guidelines.

“People became very uncomfortable with what the liability would be to them as an institution, as a program, if they didn’t follow those procedures,” Schumacher said. “That changed the recommendation to where we went from probably trying to play and making it work, football season be conference only, ... and then everybody had to change directions as soon as the testing stuff came out. We’ve been dealing with that type of atmosphere since mid-April. It has changed week-to-week.”

For both Beschorner and Wudi, the priority was checking in with players as the news broke. Wudi, whose team was in the NCAA Tournament Final Four just two seasons ago, noted the mental effect an announcement like this can have on student-athletes.

“As much as we probably expected the decision, it still hits you,” Wudi said. “Emotions are pretty raw right now with our team and with our staff. I think all of Blugold nation is hurting right now. ...

“Our kids just want to be together. We have been on Zoom calls every week since March. That is a temporary replacement, but I can tell you they’re just excited to be in the same room together, even if they have to be six feet away from each other. I think they’re just excited to see each other. I think that’s what makes this especially difficult, that we can’t be together right now.”

Beschorner, a first-time head coach, was looking to take a step forward in his second season at the helm of the football program. Now, he has to get creative to keep up momentum in the early stages of his coaching tenure.

“You’re always trying to build,” Beschorner said. “As a football program, you felt like you’re making some strides in the offseason. Some things that we’re doing, we felt really good about. We felt good about a potential plan if we did have sports. And then it comes crashing back. But really, it’s about adjusting and adapting right now. We’ve got to figure it out.”

There are still questions to be answered, including the limitations on potential practices. The WIAC’s statement Monday said institutions retain the autonomy to establish practice opportunities within the limitations stipulated by the NCAA throughout the fall term. Schumacher said UW-Eau Claire plans on using that practice opportunity but doubts any team will be able to have a full team practice. He said expects 10 or less athletes to practice together at a time.

That will help Beschorner’s goal of keeping his players engaged without games to play.

Then there’s the possibility of a limited, predetermined schedule of games for football, volleyball and women’s soccer in the spring if the state of the coronavirus pandemic improves. The WIAC left the door open for individual schools to explore the possibility of scheduling contests but will not keep standings or declare a champion if games are played.

“If we still have to follow the testing, it’s not going to happen,” Schumacher said. “We made this decision. We’re not going to make any decisions about spring yet.”

Schumacher said the task force was meeting again at 2 p.m. Tuesday to further detail the plan and gain clarity from the NCAA. He expects a list of answers for frequently asked questions will be released to the public soon.

He said he is unsure whether fall sports coaches will be paid but emphasized the importance of having staffs on campus and continuing to recruit. He said there will be a financial impact from the lack of sports both for the school and the community, starting with the university losing ticket fees and trickling down to bars, hotels and restaurants missing out on out-of-town fans.

Whether student-athletes come back, or potentially sit out a year from school to return to play in 2021-22, will also have a major impact on the financial status of the university considering the lack of athletic scholarships at the Division III level.

“The key is to continue to retain them and build championship teams from it, but also build the progress toward a degree and walking across that stage at graduation,” Schumacher said. “I think our student-athletes are very astute and have been following this. I think that they will stick with us and find a way. If they have to wait it out, they’ll wait it out.”

He said he was planning on meeting with each fall team over Zoom starting late Tuesday afternoon.

“It’s going to be some uncharted waters coming to us really fast,” Schumacher said.

UW-Eau Claire released this list of FAQs for the fall sports season on Tuesday afternoon.