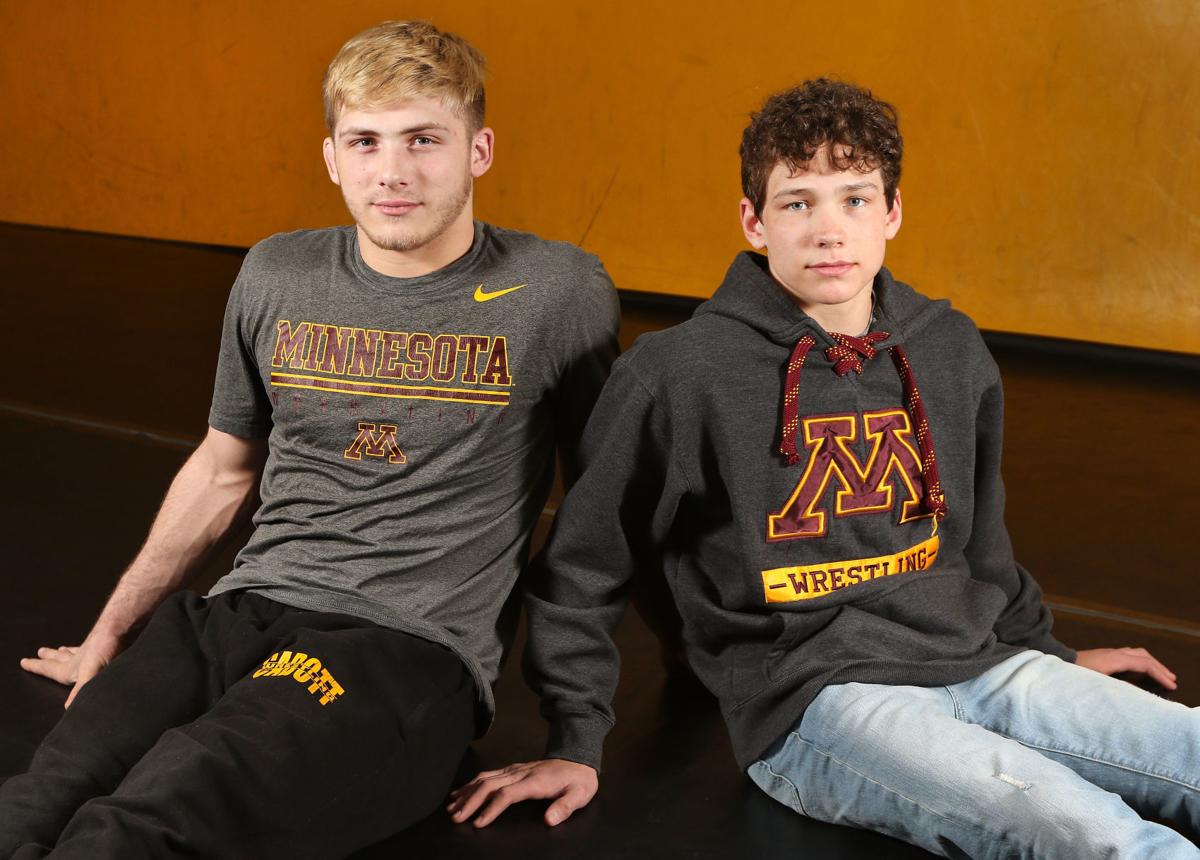 Wrestlers Brady Spaeth (left), of Cadott, and Blaine Brenner, of Stanley-Boyd, both went undefeated on their way to state championships this season. View more photos at LeaderTelegramPhotos.com. 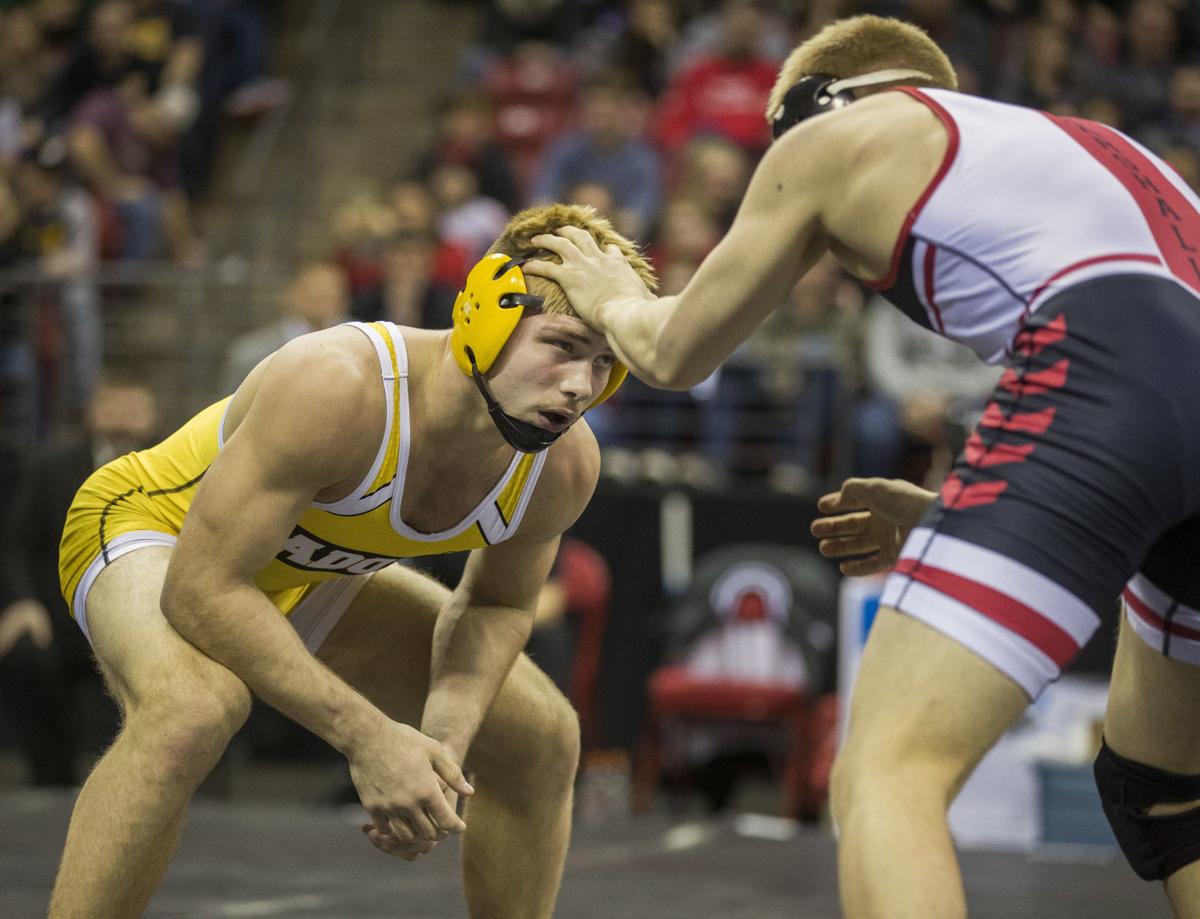 Cadott's Brady Spaeth battles Marshall's Dylan Horstmeyer during their Division 3 170-pound championship match at the WIAA state tournament at the Kohl Center in Madison. Spaeth won by fall in 2:49. 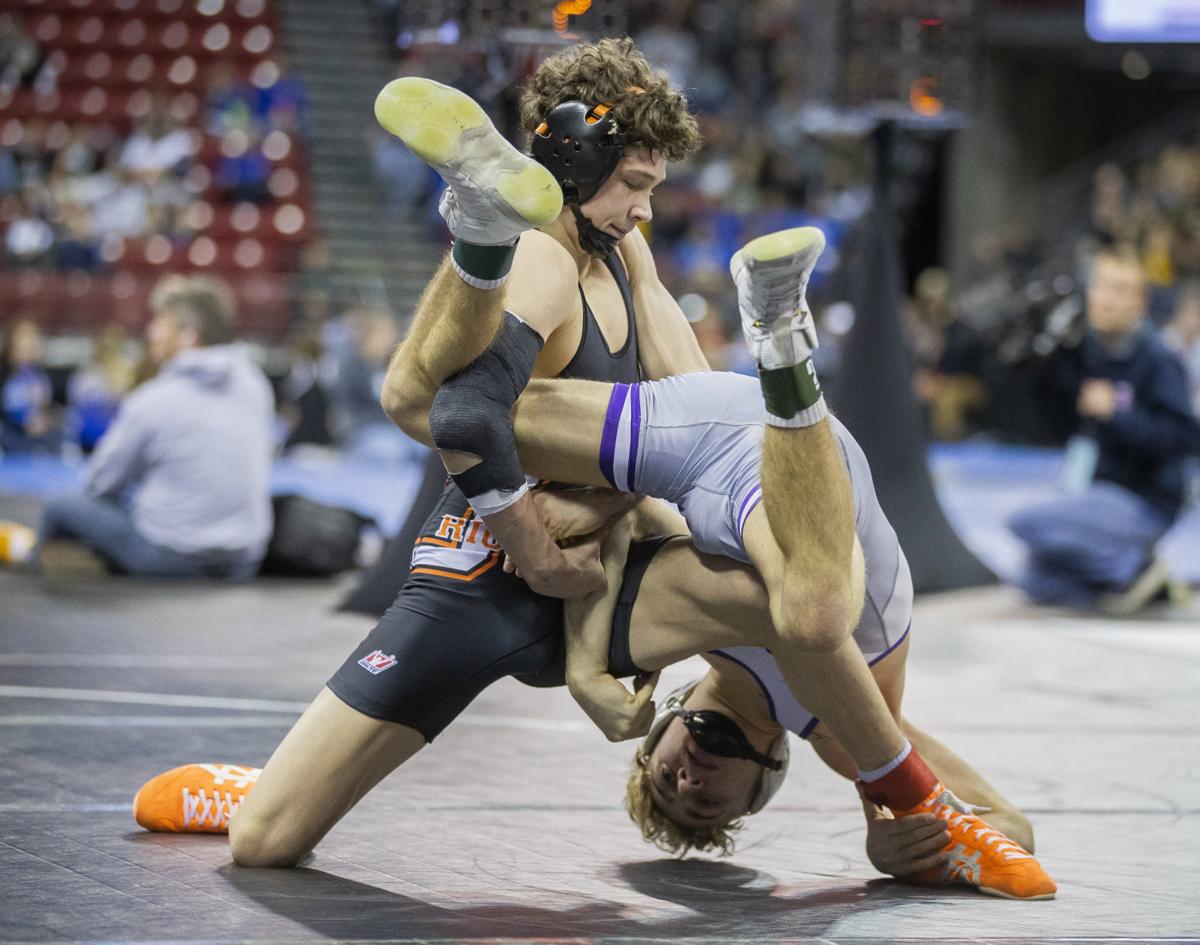 Wrestlers Brady Spaeth (left), of Cadott, and Blaine Brenner, of Stanley-Boyd, both went undefeated on their way to state championships this season. View more photos at LeaderTelegramPhotos.com.

Cadott's Brady Spaeth battles Marshall's Dylan Horstmeyer during their Division 3 170-pound championship match at the WIAA state tournament at the Kohl Center in Madison. Spaeth won by fall in 2:49.

The call came suddenly. It was a Minnesota phone number that Brady Spaeth didn’t recognize.

He answered the phone and the next few words shocked him.

“Hi, do you have a few minutes to talk about Minnesota wrestling?” he recalls the man saying.

Wisconsin had been trying to lure Spaeth to Madison since the moment they had an opportunity to recruit the Cadott star wrestler, but this moment seemed extra special.

“I was like, ‘Yeah, I definitely do, I have as long as you want,’” Spaeth said. “My heart raced the first few times. I was nervous because I didn’t want to say something dumb so they wouldn’t want me.”

Spaeth met with the Minnesota wrestling coaching staff, checked out the campus and facilities and was immediately impressed. When they sat down to chat about the future of the program they asked Spaeth and his father, Cadott wrestling coach Joshua Spaeth, who else they should recruit.

The first name that came to mind: Stanley-Boyd/Owen-Withee’s Blaine Brenner.

“As a coach, you look at guys who have a relentless work ethic and are willing to go above and beyond,” Joshua said, “and that’s what makes these two guys so rare.”

That mindset led both boys to undefeated 2019-20 wrestling seasons that culminated in WIAA wrestling state titles, and now they can claim co-ownership of the Leader-Telegram’s All-Area Wrestler of the Year award.

And their mindsets, well, they hold themselves to ridiculously high standards.

After finishing a 46-0 season, Spaeth was asked how it felt to complete a “perfect season.”

Spaeth’s goal was to not give up a single takedown all season. At first he said he couldn’t quite remember how many points he gave up, but that wasn’t entirely true.

“I don’t know,” he said, pausing briefly to think about his season. “I gave up one reversal and two take downs all year.”

For Brenner, the story is very much the same. He didn’t start wrestling until fifth grade, when he decided he wanted to follow in his father’s footsteps and take up the sport.

“I think I just wanted to impress him,” Brenner said.

Brenner was 11 years old at the time, two to five years older than when most children start wrestling, according to Bob Brenner, Blaine’s father.

Brenner said that late start helped him because he was more mature when he started and didn’t create bad habits. However, it came with a few “butt kickings,” as Brenner put it.

If you just trusted Brenner’s words, you’d think he was a disaster when he started out wrestling. He paints a dreary photo of a boy who sounds like he could barely wrestle for years. He said he wasn’t very good until his sophomore year of high school, a season in which he went 47-2 and won the Division 2 106-pound state title. However, his track record paints a very different picture.

During his sixth grade wrestling season, just a one year into his wrestling career, he finished first at the WWF Kids Folkstyle River Falls state qualifiers.

“We were like, ‘That’s the coolest thing in the world,’” Bob said.

Even in his freshman year of high school, before Brenner said he thought he became very good, he went 23-6 and made a trip to state before losing to East Troy’s Tommy Larson in his opening match 7-5. Larson later went on to win the state championship that season and another one the following year before Brenner avenged his loss in his state championship match this season.

“His (definition of) ‘butt kicked’ might be different than other kids,” Stanley-Boyd/Owen-Withee coach Greg Burzynski said of Brenner’s high standards.

Brenner’s journey to Minnesota is very similar to Spaeth’s. The Gophers staff reached out to Brenner and the two parties began chatting before Brenner and his family made the trip out to Minneapolis to check out the campus. He was immediately interested in the program, amazed by the facilities and how they compared to other major wrestling programs like Wisconsin.

He’ll have one more year at Stanley-Boyd to go for another state championship, the third of his career, before joining Spaeth, who will be heading to Minnesota next season. The two boys will join a long list of talented wrestlers from northwest Wisconsin on the Gophers wrestling team, including Dylan Anderson, Nathan Fuller and Garrett Joles, who should all be on the Minnesota team next season.

As long as they keep that never-quit mentality, both these boys could spend many years terrorizing Big Ten wrestlers.