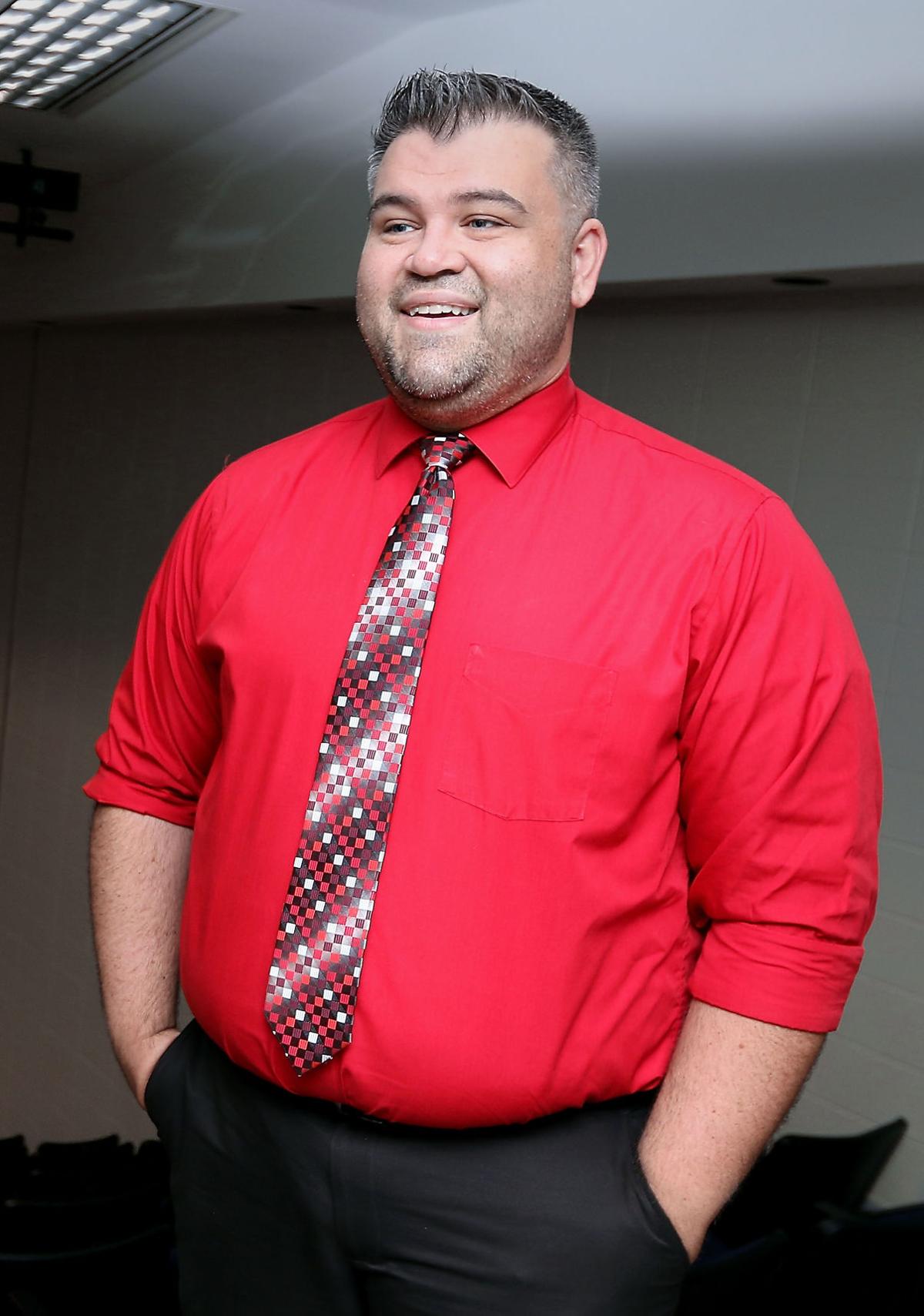 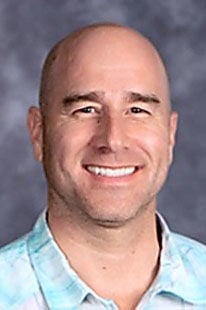 When the Altoona High School football coach was fired on Aug. 31, schools Superintendent Connie Biedron said that decision was made without her knowledge or support.

Biedron told Altoona school board members and others that she did not authorize high school dean of students and athletic director James Oliver to fire first-year football coach Steve English. English was subsequently rehired, and the school board decided at an Oct. 2 meeting to strip Oliver of his athletic director duties.

Initially board members accepted Biedron’s account of the football coach’s firing, school board President Robin Elvig said. Oliver’s firing of English was one of “a number of reasons” the board decided to relieve Oliver of his athletic director duties, she said.

“Yes, we did have concerns with that,” Elvig said when asked whether board members believed Biedron’s version of the text messages. “(The) texts raised a red flag for us.”

The dismissal of English prompted an uproar directed at Oliver, Biedron and the school board, and multiple closed-session meetings that resulted in Oliver’s removal as athletic director. Investigation of those texts has spurred subsequent school board meetings involving negotiations that could lead to Biedron leaving the district, sources familiar with the situation said. The school board is scheduled to discuss Biedron’s contract again on Monday.

The texts, obtained by the Leader-Telegram through a state open records request, detail a conversation among Oliver, Biedron and Markgren the morning after the firing. Neither Biedron nor Oliver uses the terms “fire” or “dismiss” regarding English.

“We made the move last night,” Oliver responded in a text message to Biedron. “I have a meeting with players and parents this morning. I will coach. We will get a staff together.”

Biedron replied “Thank you Jamie, we will compensate you for this. We are very thankful for you stepping up here. I will let the board no (sic), is English gone?”

Markgren then responded, texting, “Thank you Jamie. I know this has been tough for you. If anyone can turn it around it’s you.”

“I had no authority to fire the football coach, I acted on my own,” Oliver wrote. “I am sorry for the upheaval caused by this decision.”

After two subsequent closed-session meetings, on Sept. 28 and Oct. 2, the board announced it had officially relieved Oliver of his athletic director duties. One of Oliver’s sons was an assistant coach on the football team, and another son played for the Railroaders.

In an email message to the Leader-Telegram Friday, Biedron said she did not instruct Oliver to fire English and was “shocked” by that decision. Instead, she said, she and Oliver discussed devising an improvement plan for English to help him become a better coach in response to the football team’s poor performance. Such a plan was put in effect on Aug. 28, records show.

Her reference to Oliver coaching the football team was to his heading the squad if English decided to leave rather than abide by his improvement plan, Biedron said. “We needed to have a plan in place in that event,” she said.

As a longtime district employee, Oliver said he realized he did not have the authority to dismiss any coach and would not do so without such a directive from an upper-level administrator. During his time in the Altoona district “I never had any kind of negative encounter” with district administrators or school board members, he said.

In a Sept. 20 letter of reprimand issued against Oliver for his firing of English obtained by the Leader-Telegram, Biedron said the school board directed her to issue the letter “expressing their disapproval of the way you have handled the football situation this year.” Board members, Biedron said, were “disappointed” by Oliver’s lack of judgment in the matter.

Biedron states in the letter that LeMay backed her version of events surrounding English’s dismissal. LeMay said he was present at one meeting between Oliver and Biedron and a performance improvement plan for English was discussed. He said he was surprised to learn that Oliver had fired English given that the coach was hired a short time before.

“Typically we work on improvement plans and give someone a chance to improve,” LeMay said.

LeMay declined to comment on Biedron’s intent in the email. But Markgren said when he read the text message exchanges, he took them to mean that Biedron backed Oliver’s dismissal of English. Markgren said his text was intended to support Oliver’s willingness to step up to coach.

“Those texts, it does look like (Biedron) supported that action,” Markgren said, noting he did not hear Biedron direct Oliver to fire English.

In the letter of reprimand to Oliver, the superintendent chastised him for telling others about “a text in which I tell you to fire the coach. You know you have no such text,” Biedron wrote. “You made a mistake in firing the coach; it has been rectified by his reinstatement. You need to accept your culpability in this situation and move forward.”

Oliver’s response to his reprimand, addressed to Biedron, paints a different picture. In that letter, dated Oct. 16 and obtained via the state open records law, Oliver wrote that when he fired English, “it was my understanding that I was doing so pursuant to your (Biedron’s) directive.”

Oliver’s letter to Biedron states he met with Biedron before his firing of English, a meeting at which Oliver said the superintendent told him to dismiss English if that action was warranted.

“If you recall, we had a meeting where you indicated that a move should be made as it related to Mr. English, and you asked if I would be in a position to take over as coach ... It was my impression, upon leaving that meeting, that if things didn’t improve, Mr. English would be removed as head football coach,” Oliver wrote.

When the football team performed poorly during a subsequent game, Oliver said he fired English because “I was under the impression that I was doing what I had been directed to do if things with the football program didn’t improve.”

When board members were first made aware of the text message exchanges pertaining to English’s firing, they did not focus on the importance of those communications, Elvig said, because those communications were overshadowed by inputs on that topic by parents and others in the community.

“Those text messages were a portion of the bigger picture,” Elvig said. “The issue was far more involved and detailed than a string of texts.”

The more board members learned about the situation, Elvig said, the more they became concerned about Biedron’s role in the coach’s firing.

“Things just weren’t adding up,” Elvig said when asked about Biedron’s explanation of the text messages.

The board’s decision to relieve Oliver of his athletic director job was based on multiple factors and not just his firing of English, Elvig said. As a longtime district employee, Oliver should have known that dismissing a coach requires a process and does not happen immediately, she said.

But messages she received from school staff and community members in the wake of that decision regarding low staff morale prompted her to look further into the matter, Elvig said. She re-examined the text messages and the discrepancy between them and Biedron’s account of what had happened, then decided to speak with district employees, including Biedron, about it.

“I had never received so many emails about something in my 10 years on the (school) board as I did on that issue ... What I found when I talked with staff was concerning,” Elvig said. She declined to release further details about those discussions.

Negotiations regarding Biedron’s future employment with the district continue after no agreement between attorneys representing the superintendent and the school board was reached at the Nov. 20 meeting.

Elvig confirmed the school board is involved in sensitive legal negotiations with a district employee, but she refused to confirm that person is Biedron. As negotiations continue, public pressure on the board to reveal more details about the situation is mounting. An audience of about 30 attended the Nov. 20 meeting, and many at the meeting criticized the board for its handling of the matter.

Elvig acknowledged those concerns. She kicked off the Nov. 20 board meeting by stating “it’s been a hell of a last three months for everyone involved in these issues” and said she understands residents’ frustrations at the lack of information about the situation. Legal ramifications of ongoing negotiations prevent her from revealing more, she said.

“I don’t blame people for being upset,” she said. “This is a really unfortunate situation.”