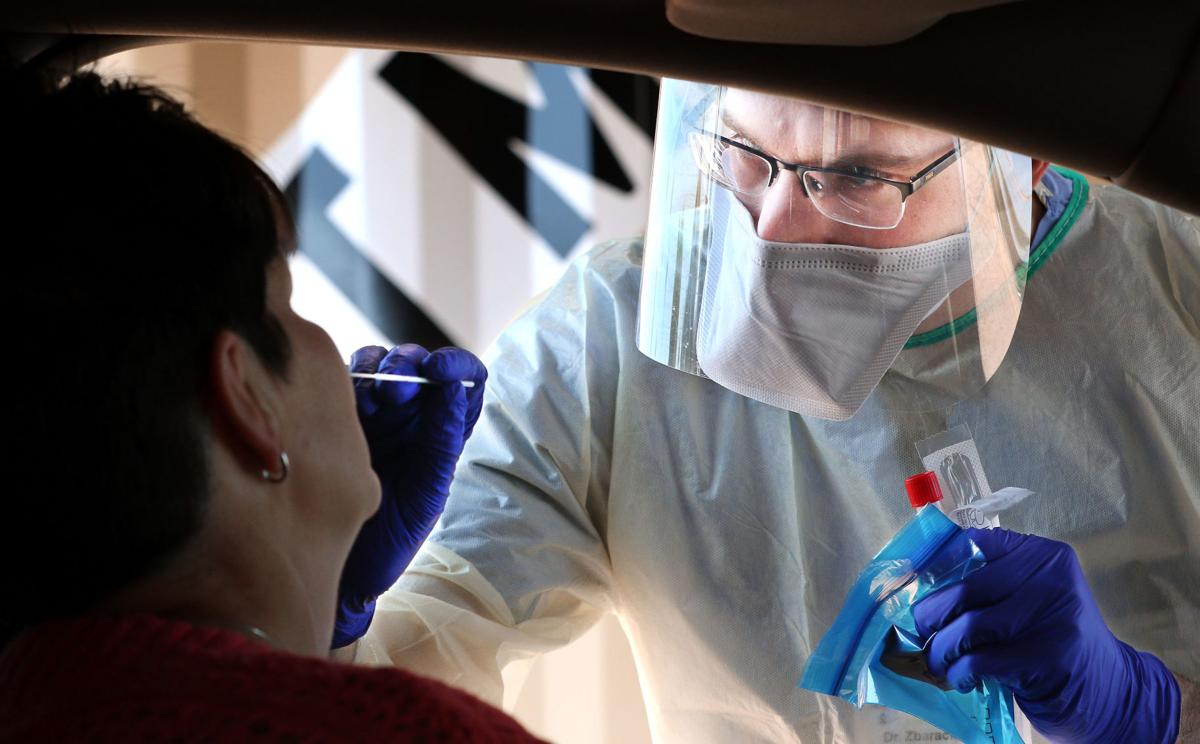 Joseph Zbaracki, a resident physician with Prevea Health, performs a COVID-19 test in July at its drive-up facility at 617 W. Clairemont Ave. in Eau Claire. Coronavirus cases are beginning to surge back to September levels in Eau Claire County this week, health officials said. 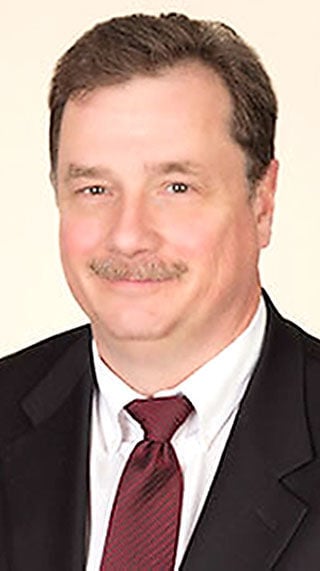 Joseph Zbaracki, a resident physician with Prevea Health, performs a COVID-19 test in July at its drive-up facility at 617 W. Clairemont Ave. in Eau Claire. Coronavirus cases are beginning to surge back to September levels in Eau Claire County this week, health officials said.

The text message from my wife was clear and to the point.

But with me being me, I failed to check my phone before arriving home from golf league.

When I walked into the living room, my adult daughter, Katie, delivered the ominous report: “I may have been exposed to the coronavirus.”

Just like that, my family received the news that families around the world have been dreading since the World Health Organization declared the COVID-19 pandemic in March.

Four days earlier, she had been a bridesmaid in a much-scaled-down wedding with just close relatives and the bridal party. No one in attendance reported any symptoms and folks tried to keep their distance.

To be proactive because he had traveled to Chippewa Falls for the wedding, an out-of-town groomsman got tested even though he had no COVID-19 symptoms. When the result came back positive, the chain of contacts reached my daughter. Though she had almost no contact with the individual, she had been in the same room — after a last-minute thunderstorm forced the planned outdoor wedding to move inside.

The revelation set off a chain of actions such as informing people we recently had contact with and calling a local COVID-19 information line to learn what else we should do. The initial guidance, as feared, was for our household to self-isolate for two weeks and monitor for symptoms.

That meant, just two weeks after returning to the office following about two months of working from home, I was back to my makeshift home office on a folding table.

The next morning, a call to Mayo Clinic’s COVID-19 hotline in Rochester, Minnesota, yielded less stringent advice. Without what is considered close contact — exposure within 6 feet of an infected person for more than five consecutive minutes — Katie and the rest of us were advised to simply monitor for symptoms. We didn’t need to quarantine ourselves, which was a relief even though we still limit our contact with the outside world, wear masks the occasional times we enter businesses and practice social distancing as much as possible.

Despite not experiencing any symptoms, Katie decided to remove any doubt by getting a COVID-19 test, using Prevea Health’s free community testing site near our home. She used an online portal to reserve the first appointment of the day.

It was my family’s first exposure to this strange new world of COVID-19 testing, but we are far from alone.

The site has administered more than 1,100 tests since testing began in late February (excluding about 500 done in early May by the Wisconsin National Guard), with the pace picking up dramatically in the last two weeks, said Dr. Ken Johnson, Prevea’s chief medical officer and vice president of clinic operations in western Wisconsin.

While the site averaged 10 to 20 tests per day in March and April, the rate has accelerated to about 90 a day in the past week and a half, in part because the number of people with virus symptoms is on the rise in the Chippewa Valley, Johnson said.

With tests more readily available, medical providers now are testing low-risk patients with mild symptoms who three months ago would have been advised to simply shelter in place until symptoms were gone for four days.

Expanded testing helps the community identify more asymptomatic carriers who can spread the virus, permitting public health officials to do more contact tracing and isolating of people who have been exposed, Johnson said, noting that Prevea is able to offer the tests at no cost because the state pays for the testing kits and processing.

“If you think you have been exposed and have mild symptoms, I would absolutely encourage you to come get tested,” he said. “The purpose of testing more people is to try and control the spread of the virus.”

Johnson stressed that both the number and rate of positive tests have been rising in recent weeks, suggesting there is an increased presence of the virus in the community. The case count in Eau Claire County has doubled in the last three weeks, hitting 263 on Friday, according to the state Department of Health Services.

One likely explanation is that the loosening of public health restrictions has led to residents not being as rigorous about social distancing, resulting in more people being exposed to virus carriers, he said.

“While it has been a major imposition for everything to be shut down and for people to be laid off and that’s a tragic thing, the virus is not out of our community and if we aren’t careful about how we approach this, we will have an increase and will have to relook at some of those measures, which no one wants,” Johnson said.

Prevea’s tests are processed at two out-of-town labs, while the Mayo and Marshfield systems process all tests for their patients.

When the big day arrived, I accompanied Katie to Prevea’s drive-thru testing site, figuring I’d likely been exposed to her despite our efforts to keep our distance as much as possible within our home. Anything for the job, right?

With masks on our faces, we showed up about 20 minutes early and followed the signs to the testing site just off Clairemont Avenue. Katie called to check in, confirmed personal information and reported no real symptoms other than an occasional cough.

When the site opened at 9 a.m., we pulled under the tan metal canopy where samples are collected. In a few minutes, a doctor came out clad in scrubs, gloves, mask and shield — a far less frightening look than the hazmat-style suits worn by National Guard members when they conducted tests at the same site nearly two months earlier — and Katie rolled her window down.

After briefly explaining the procedure and the minor discomfort of having a swab stuck up one’s nose, the doctor took the sample. The procedure took about three seconds.

“It didn’t hurt, but it wasn’t pleasant,” Katie said of the procedure. “And at least it was quick.”

Quick and painless enough that Katie said no one should avoid getting tested out of fear of the procedure itself.

The doctor then told Katie someone would call with results within a couple days and answered a few of our basic questions before we drove away, passing five cars that were then in line behind us.

Then we waited, feeling mostly optimistic that the odds of a positive test were slim but also apprehensive about what it might mean to join the more than 11 million people worldwide and 30,000 statewide who have tested positive for COVID-19. It’s a rapidly growing club we want no part of, especially knowing that the virus has killed more than half a million people around the world, including about 800 in Wisconsin.

When the news we had been waiting for arrived — drumroll please — Katie learned her test result was negative. While I normally prefer being around positive people, this dose of negativity was greeted with open arms.

Yes, we celebrated with a hug, something generally not recommended in these uncertain times but acceptable within a household.

And welcome in this happy, relieved household.