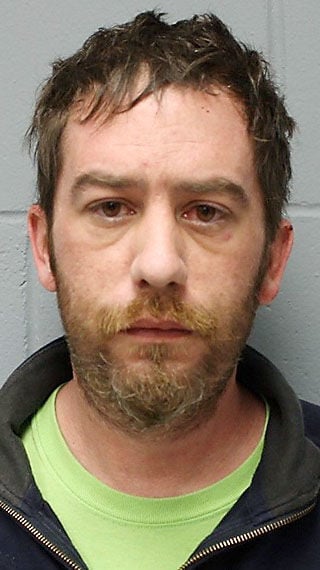 ALMA — A Nelson man shot and killed his wife in their bedroom over the weekend, authorities say.

A $500,000 cash bail was set for Medeiros, who returns to court Feb. 5 for a preliminary hearing.

Medeiros called Buffalo County sheriff’s dispatchers on Sunday to say that he shot his wife and she was dead.

Deputies arrived at the Medeiros residence and found Jolene Medeiros, 38, lying unresponsive on her right side in a bedroom. A cellphone was on the floor near her arms.

Jolene Medeiros was not breathing and had no pulse. EMTs arrived and determined she was deceased.

There was significant trauma to the lower portion of her face and what appeared to be a large exit wound on the back side of her head.

A hole in the wall near the woman was consistent with the size and shape of a 12-gauge slug.

There was also a significant amount of blood pooling on the floor beneath Jolene Medeiros’ head.

Authorities found a 12-gauge shotgun on the floor of the bedroom. There was still a shell in the chamber of the gun.

Deputies spoke with Jonathan Medeiros, who was at the residence. He was taken into custody after he said he shot his wife.

Deputies transported Medeiros to the Pepin County Jail and asked him what happened.

At one point during the interview, Medeiros told deputies he was aiming at his wife’s chest.

While speaking with Medeiros, deputies could smell the odor of intoxicants coming from his breath.

If convicted, Medeiros could be sentenced to life in prison.