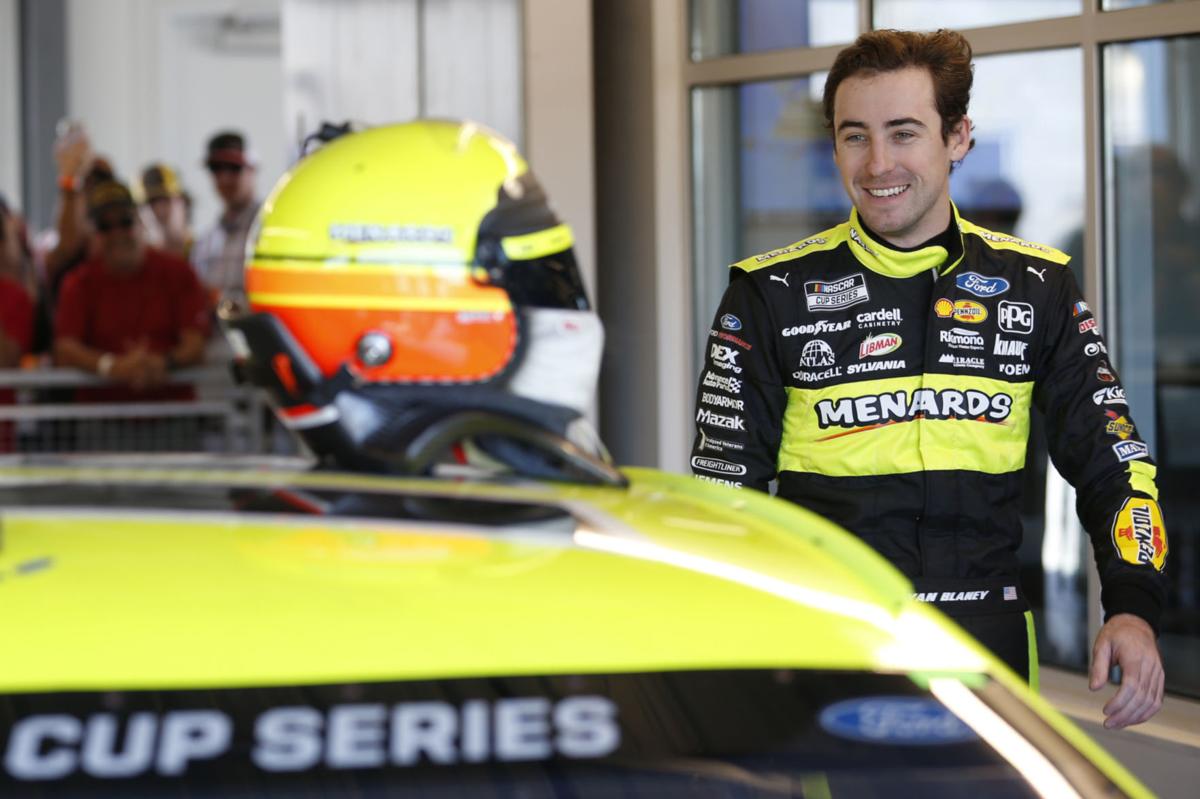 NASCAR driver Ryan Blaney, sponsored by Eau Claire-based Menards, is seen at the FanShield 500 in Avondale, Ariz., in March. 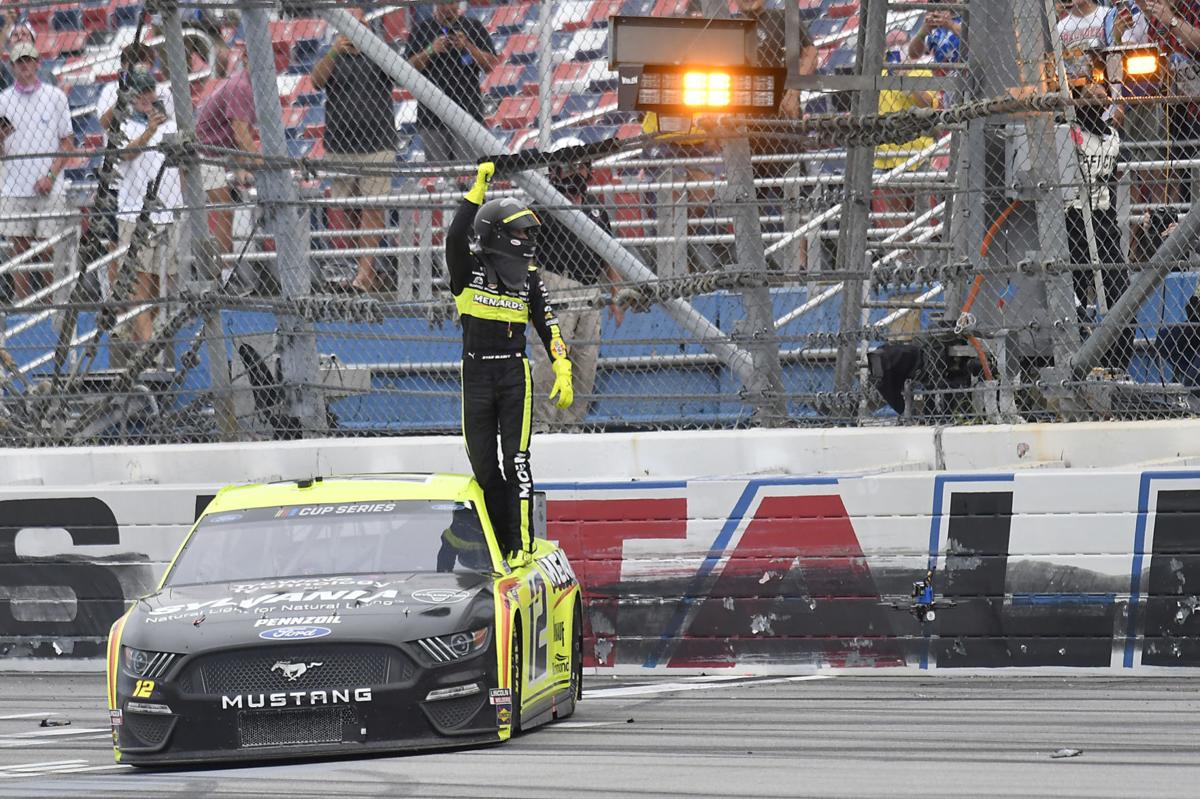 NASCAR driver Ryan Blaney celebrates in Victory Lane following a Cup Series win at the GEICO 500 in Talladega, Ala., on Monday. 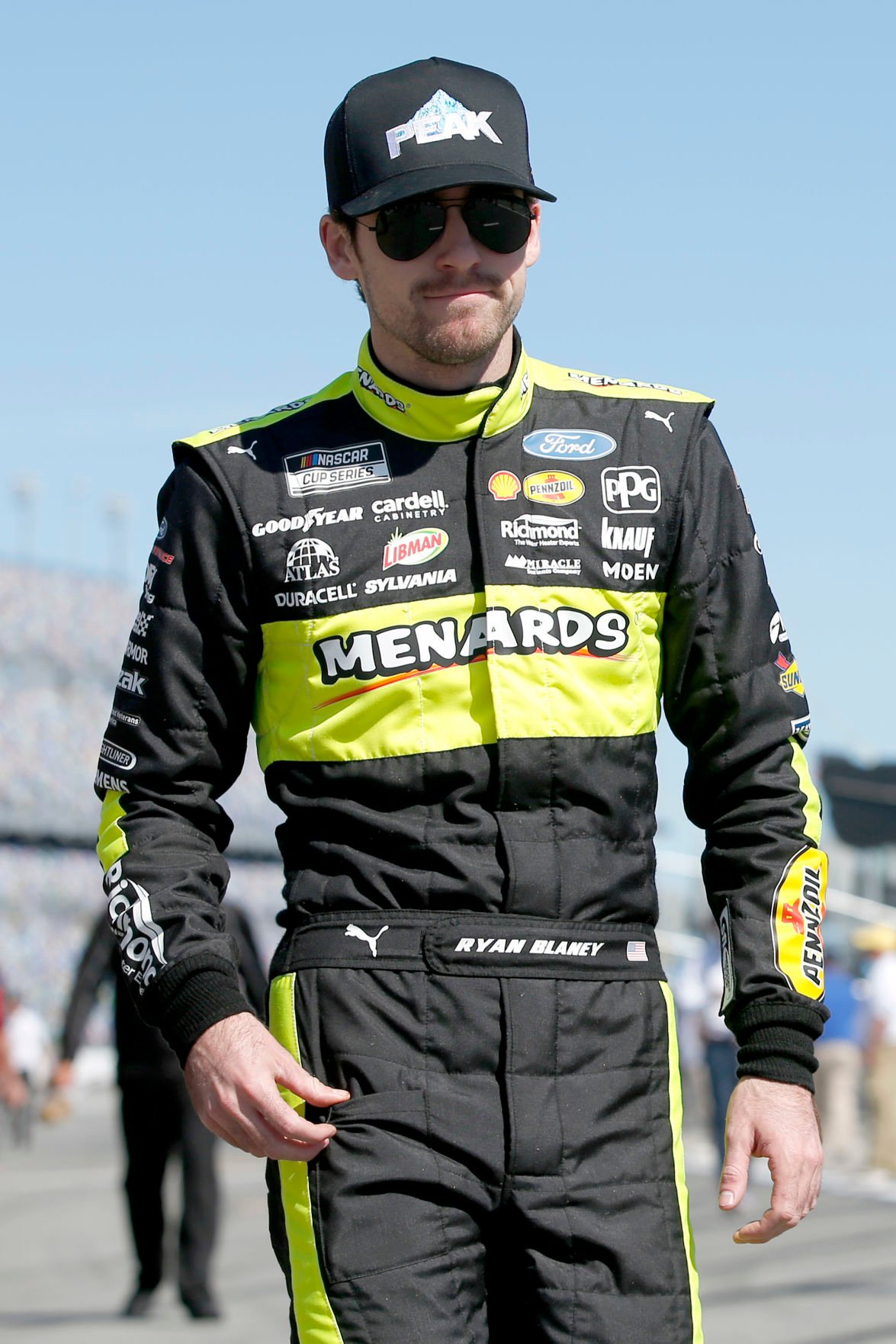 NASCAR driver Ryan Blaney, sponsored by Eau Claire-based Menards, is seen at the FanShield 500 in Avondale, Ariz., in March.

NASCAR driver Ryan Blaney celebrates in Victory Lane following a Cup Series win at the GEICO 500 in Talladega, Ala., on Monday.

Ryan Blaney might be in the midst of the best stretch of racing in his life.

The stats tell the story. Entering the weekend, the NASCAR Cup Series season was 16 races deep, and the 26-year-old driver had already secured one win and seven top five finishes. He led 308 laps already, almost halfway to his previous career-best mark of 660 with several months left to go.

And his win last week Monday at Talladega Superspeedway couldn’t have come in much more exciting fashion, edging Ricky Stenhouse Jr. in overtime by .007 seconds.

“The past month and a half has been really good for us, our whole No. 12 (car) group,” Blaney said in a phone interview with the Leader-Telegram this week. “Before Talladega, we were really close to our first win of the year and it was just nice to get that one in the win column. I do think our team is peaking really well right now, we’re doing all that we need to do to run up front and contend for wins in these races. That’s all you can ask for.”

Blaney, driver of the No. 12 car for Team Penske, is sponsored by Eau Claire-based Menards.

Monday’s win came at the same site of his only win last year. It came in eerily similar fashion too. Both races were decided by a matter of inches.

“That one was definitely wild, and the one there last year was too,” he said. “I think we won them both by six inches or so. But that’s just a product of those superspeedways, especially Talladega, with the finish line being so far down.”

It made for a heart-pumping final few seconds of the grueling race. Multiple cars spun out as the pack zoomed toward the finish, and Blaney — the leader with moments left — bumped and banged his way across, just barely holding off Stenhouse Jr.

“I kind of got the lead a little earlier than I wanted to, but that was our only chance, I thought, to get to the lead at that point,” Blaney said. “You go into blocking mode. I didn’t look out my windshield pretty much the whole front stretch, I was just looking out the back trying to block.

“The runs are almost unblockable at times, but you’ve got to do your best to do it. And sometimes you just have to make a split-second decision. Sometimes it’s going to be the right decision, sometimes it’ll be the wrong decision, but when you have no time at all to make a move, you’re just listening to your spotter and looking in your rearview mirror trying to figure out where that car is going to go. It’s tough to predict.”

The narrow win served as the breakthrough for Blaney, who had top-four finishes in five of the previous six races.

And it came at an emotional juncture for NASCAR. Following its decision to ban Confederate flags at races and an FBI investigation into what was originally believed to be a noose found in Black driver Bubba Wallace’s garage, tensions were high around the sport. Prior to Monday’s race, drivers teamed up to push Wallace’s car to the front of the field in a show of solidarity.

Blaney could not comment on the Wallace situation to the Leader-Telegram, but had an optimistic outlook following Monday’s race.

Blaney finished 12th on Saturday and 22nd Sunday in NASCAR’s doubleheader at Pocono.

Since then, he has forged relationships with the company and the Menard family, including Paul Menard. Paul retired from full-time racing last year after 16 seasons in the Cup Series.

“Menards has just been around racing forever, not only NASCAR, but IndyCar, sports cars, just everything. They always have a hand in motor sports,” Blaney said. “John Menard has been a lover of racing for a long time. So getting to know John, getting to know and race against Paul, was a lot of fun. I can’t thank them enough, they’re a big, big reason this No. 12 car is running right now.

“I love going up to Eau Claire and visiting their headquarters, getting to see everybody up there.”

Blaney has spent time in Eau Claire, and has befriended Paul Menard both on the track and off of it. The two have spent time hunting together.

“He’s a heck of an outdoorsman,” Blaney said. “He’s taught me a lot of stuff on that side of it. He’s a great guy, and he loves to compete.”