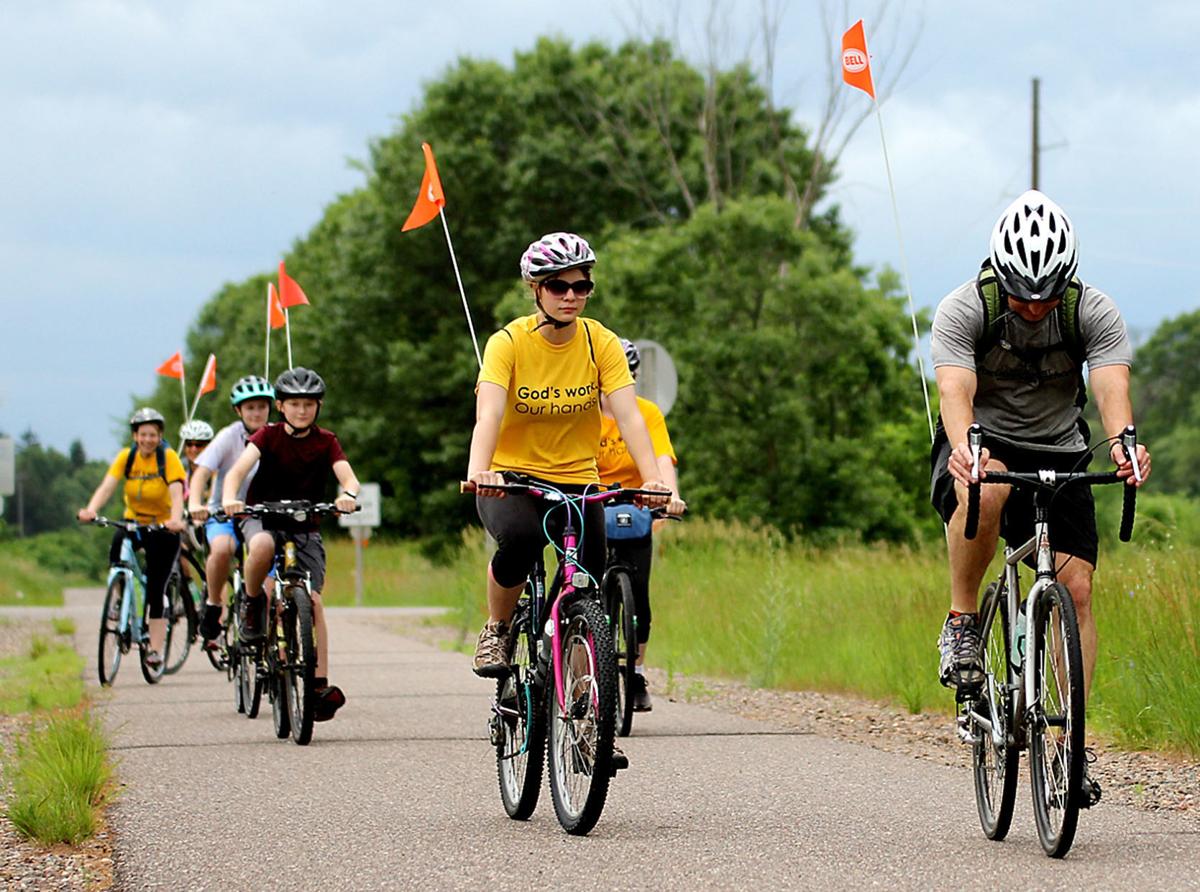 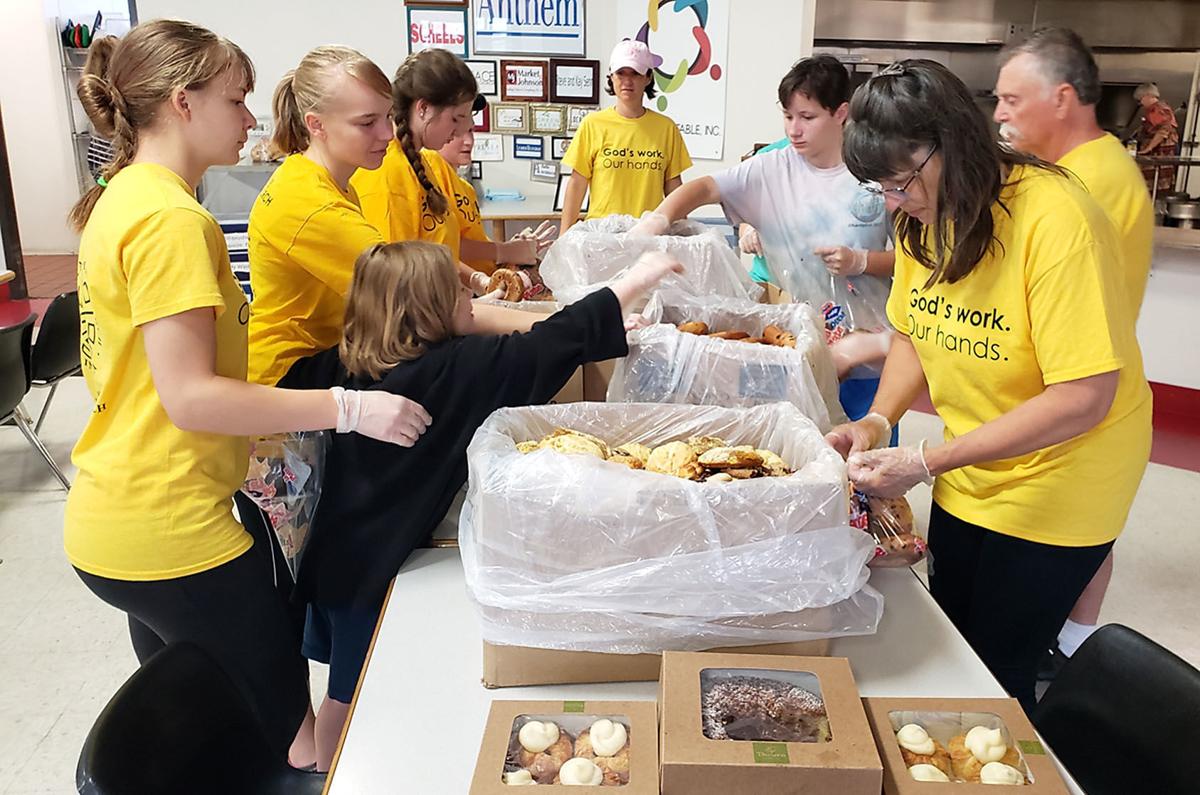 Bicyclists from Immanuel Evangelical Lutheran Church in Rhinelander work on a service project at The Community Table in Eau Claire on Monday during a stop on an annual bike ride for charity.

Bicyclists from Immanuel Evangelical Lutheran Church in Rhinelander work on a service project at The Community Table in Eau Claire on Monday during a stop on an annual bike ride for charity.

Seven pedalers from Rhinelander continued a 41-year tradition recently of bicycling 200-plus miles every summer to raise money for charity.

The goals of the Bike Ride for World Hunger are two-fold: Help feed the hungry and have some fun.

This year’s group, comprised of four youths in sixth through 10th grades and three adults, decided to take their road trip through the Chippewa Valley.

The crew from Immanuel Evangelical Lutheran Church in Rhinelander began their journey Sunday, June 23, by riding from Menomonie to Eau Claire.

The next morning they did a service project at The Community Table in Eau Claire before pedaling off to Chippewa Falls and then winding their way home on bike trails and back roads. The group, which stayed in churches along the route, was scheduled to arrive back in Rhinelander on Friday afternoon.

While in Eau Claire, the crew helped complete a fundraiser mailing for The Community Table and assisted in getting food ready for the needy and homeless people who get daily meals at the center, which served more than 45,000 meals last year.

“The kids wanted to do something good in the community they were in and that’s what they decided to do,” said Cory Dellenbach, vice president of the church council and parent of second-year rider Johanna Dellenbach. “I think the kids had their eyes opened that there are people in Wisconsin who need help getting food every day.”

The Rev. Tammy Barthels and her husband, Randy, followed the bikers in a vehicle carrying supplies.

“It was a good experience for the youth to do this community service project,” Tammy Barthels said. “We figured we help out our food pantry here and the ELCA World Hunger, but how else could we help on our bike ride? We found The Community Table and called them and they loved the idea of us coming to help.”

Last year The Community Table saw a jump from 1,000 youths needing meals to over 7,000 after an initiative to pull in more youths.

“Our project was to color pictures and write messages that will be mailed to area youths to tell them about this place and how it is here for them,” said ride participant Mariah McCue.

Money raised during the journey will be divided among The Community Table, Rhinelander Area Food Pantry and the Evangelical Lutheran Church in America’s World Hunger campaign. More information about the ride, along with an online donation option, is available at immanuelrhinelander.org/bikeride.

The church’s annual weeklong bicycle ride has taken participants through several parts of Wisconsin and the Upper Peninsula of Michigan.

While they enjoyed the Chippewa Valley’s bike trails, the kids were particularly impressed with the expansive view from the High Bridge over the Chippewa River just north of downtown Eau Claire, Dellenbach said.

That view should only get better as Eau Claire continues its redevelopment efforts, so I’d invite the church crew to bring their generous spirit back to the Chippewa Valley anytime.