A firefighter moves through piles of debris at the site of the World Trade Center in New York on Sept. 11, 2001. 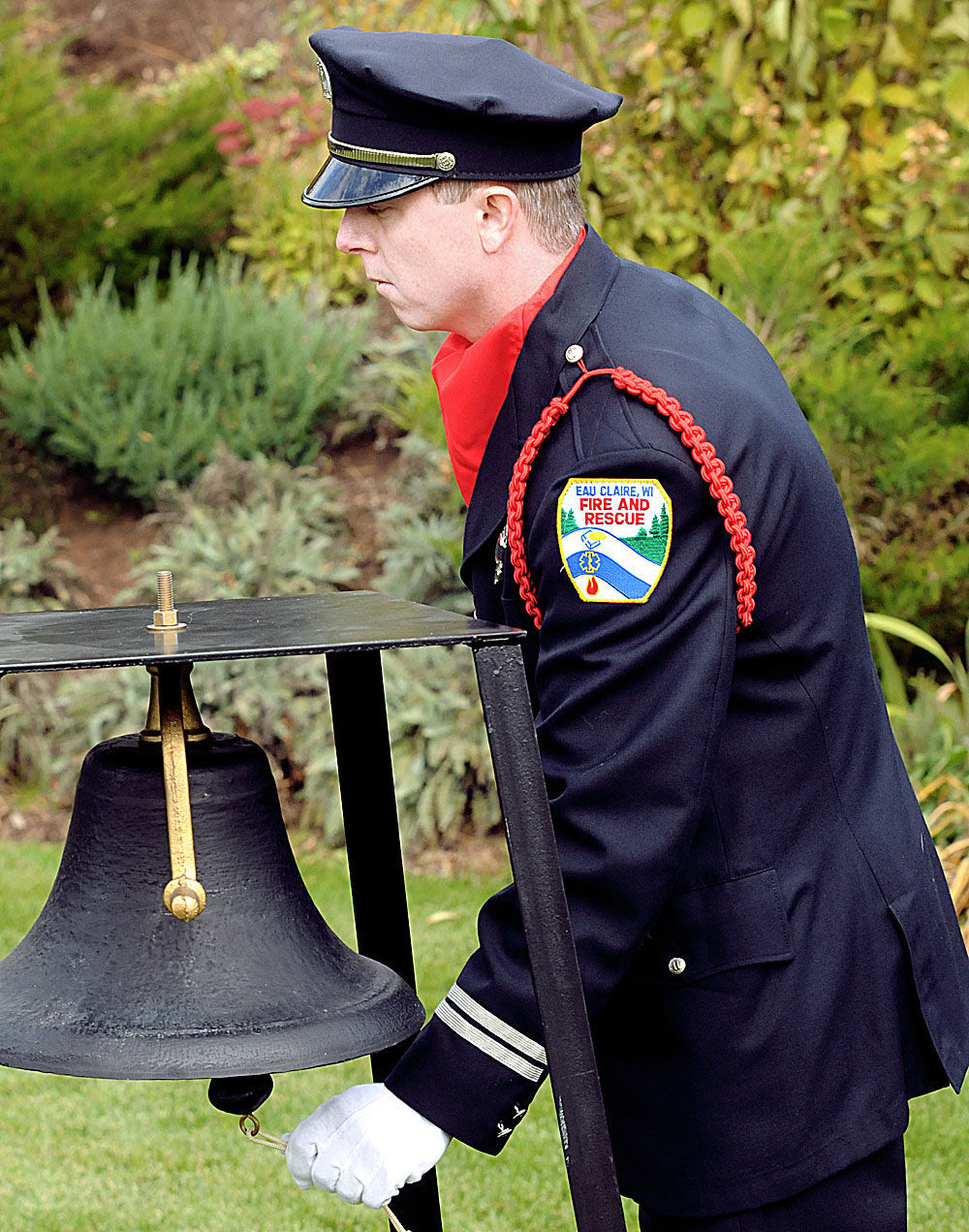 Fire and smoke billow from the north tower of New York's World Trade Center on Sept. 11, 2001 after terrorists crashed a hijacked airliner into it.

A firefighter screams in pain as he is rescued shortly after both towers of New York's World Trade Center collapsed following a terrorist attack on Sept. 11, 2001.

Firefighters work beneath the destroyed remnants of the World Trade Center in New York on Sept. 11, 2001. 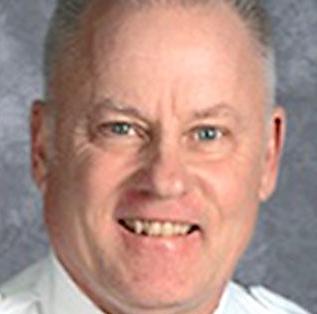 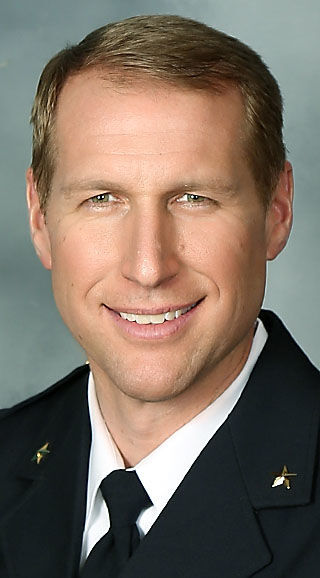 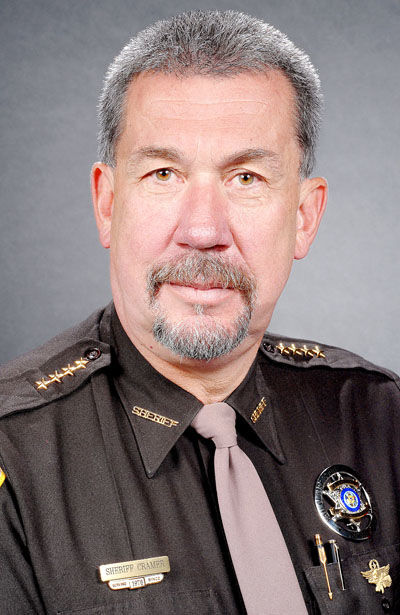 A firefighter moves through piles of debris at the site of the World Trade Center in New York on Sept. 11, 2001.

Fire and smoke billow from the north tower of New York's World Trade Center on Sept. 11, 2001 after terrorists crashed a hijacked airliner into it.

A firefighter screams in pain as he is rescued shortly after both towers of New York's World Trade Center collapsed following a terrorist attack on Sept. 11, 2001.

Firefighters work beneath the destroyed remnants of the World Trade Center in New York on Sept. 11, 2001.

It represents the number of New York City firefighters who died responding to the Sept. 11, 2001, terrorist attacks.

“Within the fire service, we have a saying — ‘never forget’ — never forget that we lost that many firefighters,” said Bertrang, a deputy chief with the Eau Claire Fire Department. “There has never been a time when more firefighters were lost responding to one incident.”

“It’s 343. I bet 90% of all firefighters know that exact number. It’s just one of those things,” Secker said. “Prior to that, loss of first responder life had never happened on that scale. Not even close. It took quite a while to process.”

Firefighters and other emergency responders in the Chippewa Valley feel a special bond with those who gave their lives trying to save others in the attacks on the World Trade Center.

They all share the same training — run toward disaster when others are running away from it — a selfless philosophy whose perils became more apparent than ever on that fateful day 20 years ago.

Though being a firefighter in a small town in Wisconsin may seem like a different world than doing the job in a major metropolitan area such as New York, Secker said they’re not as dissimilar as people might think.

“Answering EMS calls and responding to fire alarms and structure fires, we still do the same job,” Secker said.

As a result, local emergency responders said they remember imagining what those FDNY firefighters were going through as they raced toward, or into, the burning twin towers after they had been struck by passenger jets.

“At some point, I’m sure many of them were realizing that this was a situation they might not walk away from,” Secker said, though he doubts they envisioned the “worst-case scenario” of the buildings collapsing. “Yet at the same time I’m sure they thought, ‘This is my job, and I’m going to do the best I can, and hopefully at the end of the day I’ll walk away.’ “

“I believe many of those firefighters knew what they going into, but they also believed they would save many, many lives because of what they were going into,” Bertrang said. “And they did save many thousands of people.”

While safety is always a top priority for firefighters entering a burning building, the cost-benefit analysis that goes into such decisions sometimes means putting their own lives at risk.

“Our job in emergency services is to protect and save the lives of other people,” Bertrang said. “Our mindset is to risk our lives to save others.”

With the nation experiencing such a high-profile reminder on 9/11 of the sacrifices made daily by emergency workers, both Eau Claire firefighters fondly recalled how local residents briefly rallied behind first responders, regularly supplying them with treats and thanking them for their service.

As the deadliest attacks ever on U.S. soil unfolded, emergency responders said they experienced the same sense of disbelief and horror as most Americans.

Sheriff Ron Cramer was at the Eau Claire County sheriff’s office when his wife called from home that morning and told him to turn on the TV.

“We turned it on in time to see the second plane hit the other tower,” Cramer said. “(An undersheriff at the time) turned to me and said, ‘We’re being attacked. This is an attack on the United States.”

Chippewa County Sheriff Jim Kowalczyk was walking to the dispatch center when he heard about the first plane striking. His first thought was that it must involve a plane having some kind of mechanical trouble.

“Once the second tower was hit, it then became kind of obvious, especially to law enforcement, that this was an intentional act, that it was indeed probably a terrorist attack,” Kowalczyk said. “It was very scary, and like everybody else, I wanted the answer: Why, why, why?”

Eau Claire Police Chief Matt Rokus was a young patrol officer assigned to the 3 to 11 p.m. shift that day, so he was home watching TV when the live coverage kicked in.

“I remember that day quite vividly,” Rokus said. “I watched the events of that day unfold in shock and horror like everybody else.”

Bertrang and Secker both happened to be off that day from their work at the Fire Department, with Secker happening upon the TV coverage as he made breakfast and Bertrang hearing radio reports as he drove along Rudolph Road on his way to Oakwood Mall.

Upon arriving at the mall, Bertrang joined a crowd of people gathered around a large TV in the food court who all watched in disbelief as a plane crashed into the second tower.

Shortly thereafter, Bertrang headed to the fire station, compelled to join his colleagues as they absorbed what New York and its firefighters were going through.

“It was unlike anything we had experienced in our lifetimes in this country,” he said.

Meanwhile, Secker recalled staying glued to his TV for much of the day, desperately seeking the latest updates on the attacks and the fate of responding firefighters.

“As the hours went by and you saw the buildings collapse, you came to realize that a lot of civilians and firefighters were in the buildings and they weren’t coming out,” Secker said.

Of course, the toll didn’t stop with the 343 firefighters, 60 police officers and total of nearly 3,000 people who died that day in the attacks on the World Trade Center, the Pentagon and the hijacked airliner that crashed near Shanksville, Pennsylvania. Media reports indicate that more than 225 additional former New York City firefighters have died from illnesses related to working at the toxic World Trade Center site in the aftermath of the 9/11 attacks.

In the Chippewa Valley and throughout the country, officials worried about and prepared for the possibility of a local threat of some sort.

“We wondered if Chicago or Minneapolis might be next if the attacks were hitting skyscrapers across the nation,” Cramer said. “When we heard the other plane went down in Pennsylvania, we thought there must be going to be terrorist attacks in other places.”

Cramer promptly arranged for all of the entrances to the Eau Claire County Courthouse to be locked other than the front door, where he assigned a deputy.

Secker recalled the Eau Claire fire chief ordering that security be ramped up at all of the city’s fire stations. That meant closing garage doors, stationing a staff member at the door to check the credentials of visitors and leaving a firefighter with all vehicles that responded to emergency calls.

“In the line of work we’re in, you have to be prepared for things that could happen even if you don’t think they will happen,” Secker said.

“I remember responding to a number of disturbances that night that clearly were symptoms of the stress and fear surrounding the events of that morning,” Rokus said.

The terrorist attacks prompted some changes that likely resulted in better emergency services in the Chippewa Valley, officials said.

Beyond stricter screening at airports nationwide, the events of Sept. 11 led to more training and equipment to help local agencies respond to evolving terrorist threats, both domestic and foreign, Rokus said, adding, “The common denominator is extremism.”

Cramer said law enforcement agencies also learned, after assessing the chaotic nature of rescue efforts that day, the importance of establishing one-way traffic to and from disaster sites to allow emergency vehicles to get through.

A surge in federal funding enabled local agencies to gain access to training and equipment related to chemical weapons, weapons of mass destruction and urban search and rescue in the event of building collapses.

“We did participate in that training and obtain some of that equipment, and we still have equipment today,” Bertrang said. “9/11 really started a lot of preparedness training for these types of events.”

Secker also mentioned improvements to and standardization of emergency communication systems over the past two decades as small points of light that arose from the ashes of one of the darkest days in American history.

Residents remember a day that changed the world

EAU CLAIRE — The attacks of Sept. 11, 2001 were one of those moments in which those who were alive can tell you exactly what they were doing w…