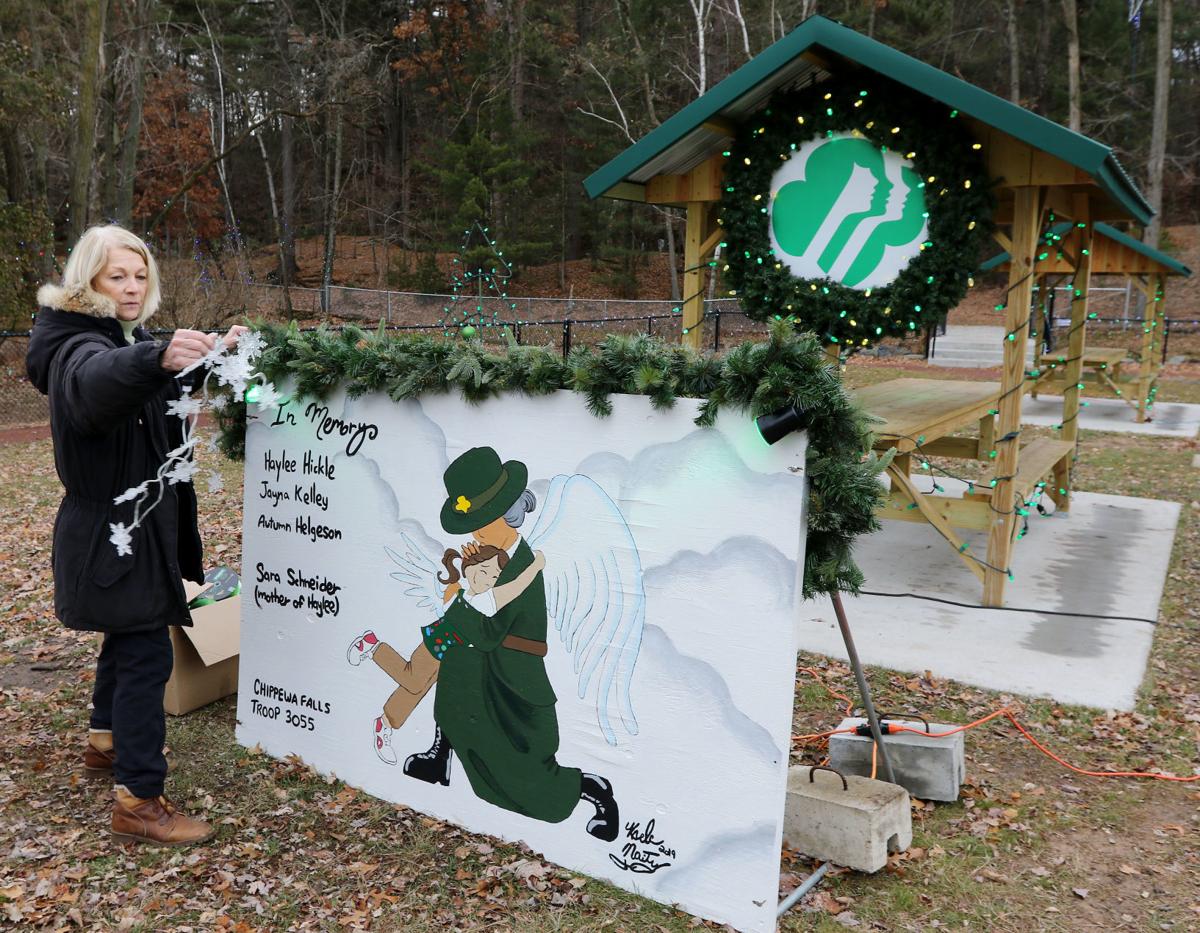 Mary Brunstad hung snowflakes on Nov. 25 on a tribute in Irvine Park in Chippewa Falls dedicated to the Girl Scouts who were killed last year. View more photos at LeaderTelegramPhotos.com. 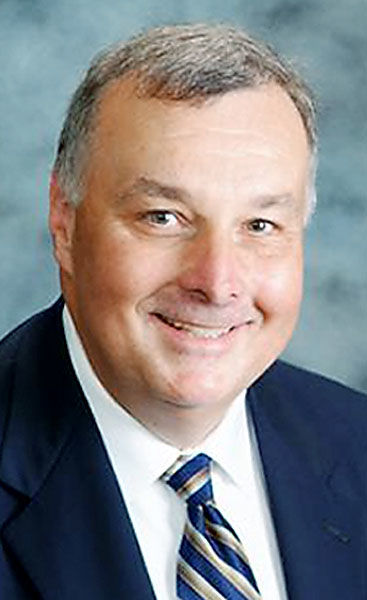 Mary Brunstad hung snowflakes on Nov. 25 on a tribute in Irvine Park in Chippewa Falls dedicated to the Girl Scouts who were killed last year. View more photos at LeaderTelegramPhotos.com.

Because Thanksgiving came later than usual this year, Christmas Village was open six fewer days in 2019 than 2018, Hebert said. However, the holiday display generated $10,144 this season, up from $9,472 collected in 2018, Hebert said.

Christmas Village was created in 1987, and it features about 200 displays and more than 60,000 lights. The Girl Scout display was added this year, honoring the three scouts and a mother who were killed in a crash on Nov. 3, 2018. The piece was painted by Chippewa Falls High School students.

Because the park is free and open to the public, Hebert doesn’t have an accurate count of visitors each year.

Along with the donation collection boxes, the parks department sends out donation letters, and they also generate revenue from the “Run For the Lights” 5K walk/run event on the Saturday two days after Thanksgiving.

The electric bill for the light display is generally about $3,000. Much of the money raised goes toward purchasing new cords and lights, as the power cords become brittle and wear out quickly from the cold weather, he said.

Hebert said he is continually stunned at the financial support and volunteerism provided at Christmas Village every year.

“We are very thankful and we really appreciate the support we get from the community,” Hebert said. “We try to make it different every year, and add to it.”

The display shuts down on Jan. 1 each year, and tear down begins immediately.

Among the groups that have helped this season are inmates from the Chippewa Valley Correctional Treatment Facility. Ten inmates were in the park taking down lights and displays on both Monday and Tuesday this week.

The inmates work for six hours, so each day they’ve come has been the equivalent of 60 volunteer hours, he added.

“They get a lot done. Our park staff gives them orientation,” Hebert said. “It allows our staff to go and accomplish over projects, like remove snow.”

Inmates from the Chippewa County Jail also worked one day in the setup, he said.

With the work accomplished early this week, Hebert said he estimates he has one more day of teardown.

“The next step is repairing the extension cords and lights,” he said.

Hebert is hoping a volunteer with electrical skills will step forward and assist in that project.

Anyone who wants to volunteer and has questions should contact the Parks & Recreation Department at 715-723-0051. Staff members are working in the park 7 a.m. to 3:30 p.m. on weekdays.