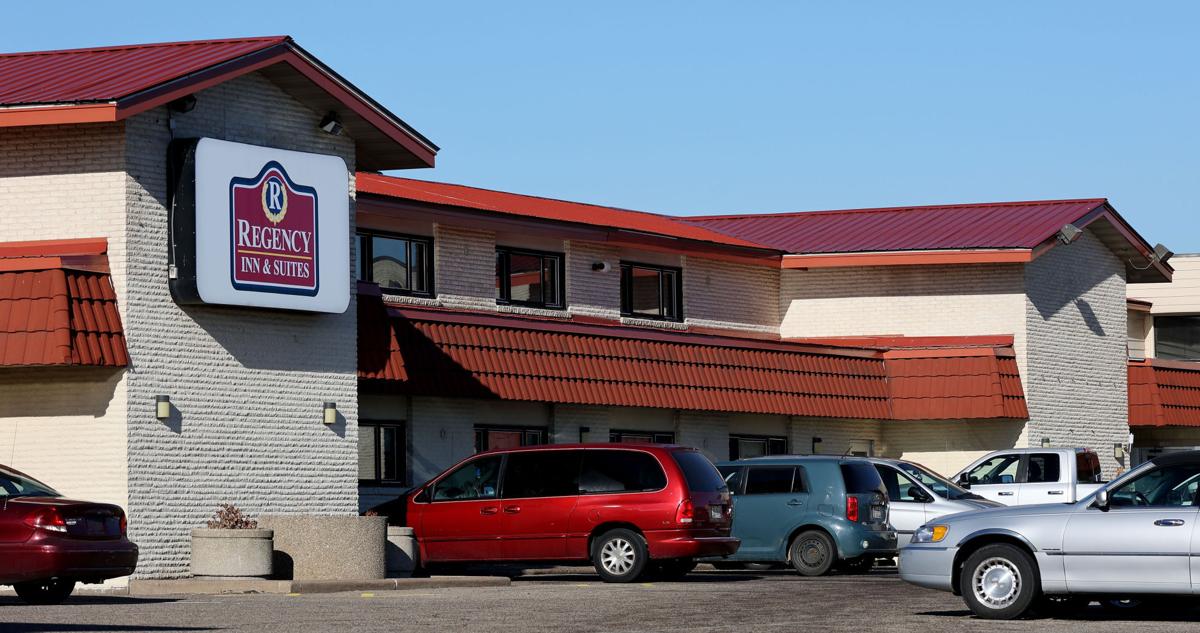 The City of Eau Claire has filed a lawsuit that seeks to shut down and force the sale of the Regency Inn & Suites, 1828 S. Hastings Way. Owner Hitesh Patel said Friday that he intends to fight in court to keep the 59-room hotel open. 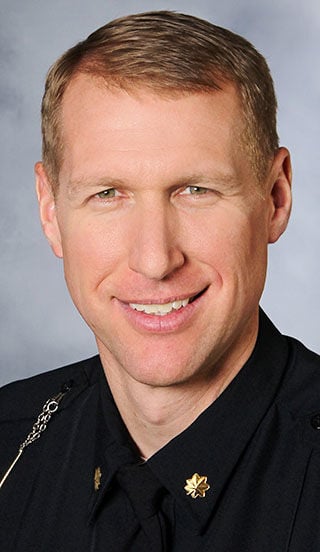 EAU CLAIRE — Calling it a “well-known den of illegal activity” in a lawsuit filed Friday, the city intends to shut down an Eau Claire hotel in early 2021.

The city is suing Hitesh Patel and his company Vidhi Hospitality, owner of Regency Inn & Suites, 1828 S. Hastings Way, in civil court to force the closure of the hotel and sale of the property.

“The biggest challenge has been the criminal activity that has been allowed to occur there,” Deputy City Attorney Douglas Hoffer said.

There have been 550 legal violations committed by guests at the hotel over the last three years, he said.

Police have responded to the hotel for a variety of problems on 370 occasions from the start of 2018 through the end of October, according to call logs provided by the Eau Claire Police Department. Incidents there include drug trafficking and use, physical fights, arrests of people with warrants, prostitution, sexual assault, child abuse, theft, traffic violations, domestic arguments and suicidal threats, based on the logs. 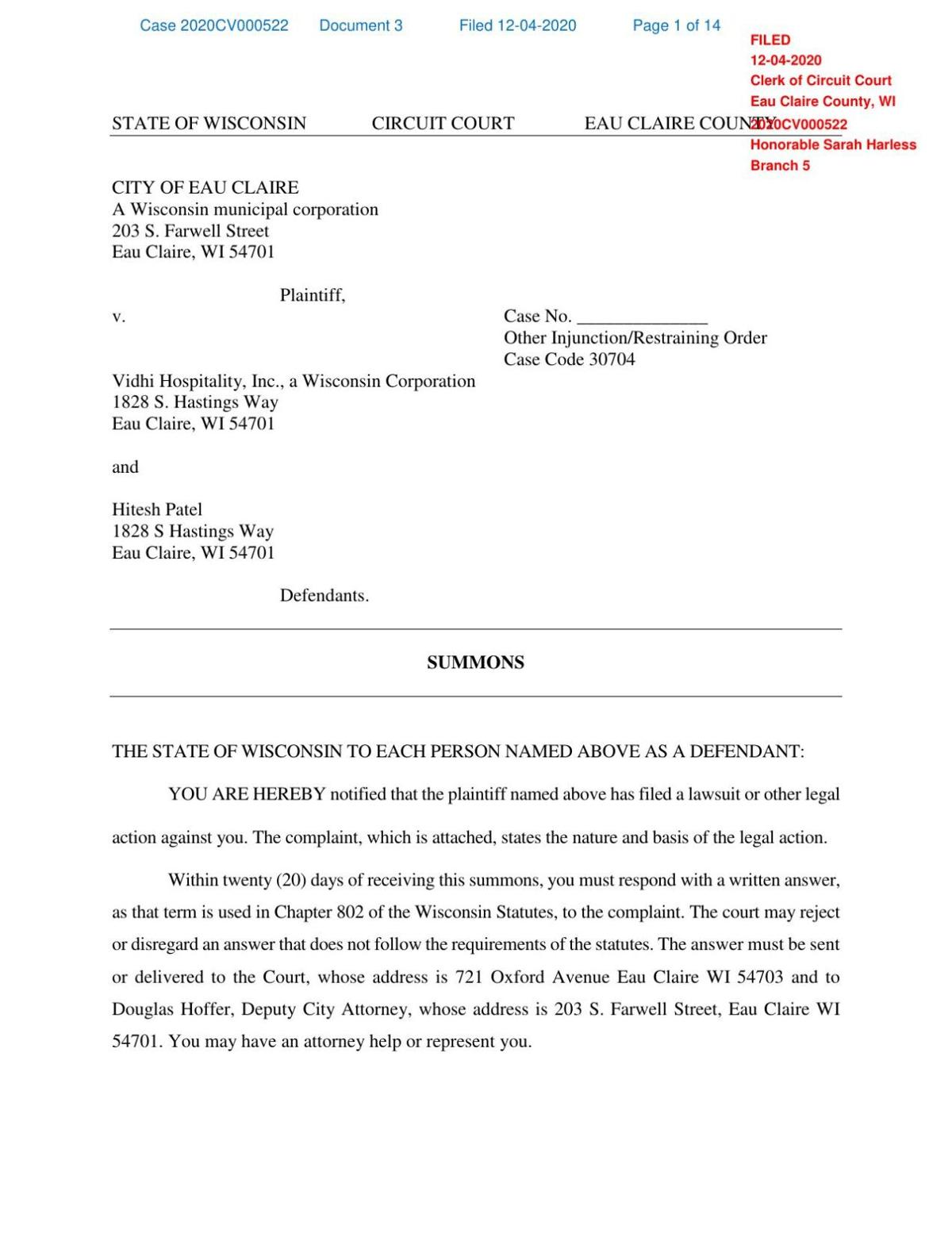 A city analysis found The Regency Inn & Suites far outpaced any other lodging establishment in Eau Claire for police calls. There were roughly four times as many police responses to the hotel in 2019 and the first 10 months of this year than the inn that came in second on the list. (The ranking did take into account differing sizes of hotels and compared them by creating a rate of police calls per 100 rooms for each establishment.)

The city’s lawsuit doesn’t accuse Patel of committing the criminal activity at his hotel, but does hold him responsible as a business owner for the large volume of crimes happening on his property.

Police worked with the hotel’s prior owner in 2013 and then with Patel since 2015 to address the high crime rate, according to the lawsuit. Police and community groups provided training to hotel staff on crime prevention and best practices for running a safe business. Patel added surveillance cameras and would turn over video footage to police when they have investigated crimes around the hotel, the police department ackowledged in a news release.

But any changes made have fallen short and there continues to be an environment permissive of illegal activity there, city officials said.

“The problems haven’t improved,” Rokus said. “They’ve persisted, and in my opinion, they have worsened.”

The lawsuit pins the blame on the hotel’s management, calling Patel a “passive owner” who values profits, but turns a blind eye on illegal activity occurring at his hotel.

“It’s impossible for a business owner who’s trying to protectively address these issues to be at the level that it is,” Hoffer said.

When reached at the hotel’s main phone number on Friday, Patel said he intends to fight the lawsuit in court.

“Yes, I’m going to,” he said to the Leader-Telegram.

Not yet officially served with legal documents, the hotel owner learned of the lawsuit when media outlets contacted him for comment.

“Nobody talked to me, nobody sent me papers,” he said, adding that the lawsuit took him by surprise.

Once Patel is formally served with the lawsuit, he will have 20 days for his attorney to file a response.

Patel disagrees with the city’s assertions that his hotel is a hot spot for crime in Eau Claire.

“There’s nothing going on here,” he said.

The hotel itself has not been the site of major crimes, Patel said, though he said there are occasional domestic issues in rooms that police respond to.

He did mention criminal activity outside the building in its parking lot, but said that’s not his problem.

Hoffer said Patel’s “level of denial” is a factor contributing to the environment at the hotel.

The lawsuit also alleges a host of other health and safety problems observed at the Regency Inn & Suites. This included stains from bodily fluids and feces that were found on common walls for months, rooms without working locks, holes and leaks in the building, and an overall failure in sanitation.

“This complaint does not include an exhaustive list of legal violations on the property as the Regency Hotel constitutes an almost completely lawless environment,” Hoffer wrote.

And the problems with the hotel aren’t just impacting its guests, but also neighboring businesses.

Located in an area with several shops and restaurants nearby, those fellow businesses have reported spotting drug deals, prostitution and other criminal activities they attribute to Regency Inn guests or their visitors, Rokus said.

Also noted in the lawsuit is the hotel’s proximity — less than half a mile — from Memorial High School.

Rokus couldn’t cite a specific example of criminal activity from Regency Inn guests ending up on school property. However, nearby businesses that students often patronize on breaks from school have reported signs of drug use and prostitution, the police chief said.

The city’s lawsuit also claims that children have been present at the hotel while their parents engaged in prostitution.

Despite the lawsuit and its allegations of criminal, safety and health problems at the hotel, the city is not seeking its immediate closure.

In a news release sent by Rokus, the city acknowledged that emptying out the hotel right now would pose a hardship to people who have been staying there because they don’t have a home.

A coalition of community civic groups and local government agencies has been formed to find housing for those people before the hotel is shut down, the news release stated.

The city estimates between 30 and 50 people typically stay at the hotel, but Rokus didn’t know how many of them have been there long-term.

In a statement Friday, she applauded the city for taking action to compel the closure of the hotel, calling it “one of the most problematic properties in our city.”

“The constant criminal activity that has taken place at this property is not welcome in Eau Claire,” she wrote. “It is time for the Regency to close.”

Along with its immediate work to find housing for long-term tenants of the hotel, the coalition has the long-term goal of addressing crime and safety issues that affect people with housing insecurity throughout the entire community.

“What we don’t want to occur is the displacement from one problem property to another location,” Rokus said.

During the COVID-19 pandemic, the Regency Inn & Suites has allowed public health officials to use some of its rooms to house people for quarantining, Patel said.

After hearing of the lawsuit, Patel said he’s no longer interested in aiding the city.

Hoffer confirmed the hotel did help with temporary rooms for COVID-19 patients, but says that does not excuse it from tolerating serious criminal activity.

The city mentions the potential for massive fines against the hotel in its lawsuit, but it is primarily aimed at just closing the business.

Under the premise that the hotel has been a public nuisance since the start of 2018, a judge could impose fines and court costs ranging from $153,435 to $550,039, according to the city’s civil complaint.

“Our goal and focus is not on generating forfeiture revenue,” Hoffer said. “Our focus is on eliminating the criminal activity on the property.”

And following years of work with the current owner, he said the city doesn’t believe that can happen while the business continues.

“It’s difficult to imagine a scenario where the hotel remains open,” he said.

Though the timing will depend on how the case proceeds through the legal system and the ability to find housing for those currently living at the hotel, Hoffer said the city does hope to shut the business down in the first quarter of 2021.

This is not the first time the city has had a role in seeking the closure of a troubled hotel.

“There are a lot of parallels between those two,” Hoffer said, noting that both cases involved criminal activity and health issues.

The city pursued closure of the Country Hearth Inn & Suites, formerly at 2851 Hendrickson Drive, about a decade ago. An elevated amount of police calls to that hotel and health code problems caught the city’s attention in 2009.

The Eau Claire City-County Health Department closed many of the hotel’s rooms in March 2010 due to health code violations. A month later, Xcel Energy disconnected power to the hotel due to unpaid bills, forcing the business to close entirely. The city condemned the property in 2011, ordering its demolition. The Metro Crossing apartment building now stands where the hotel used to be.