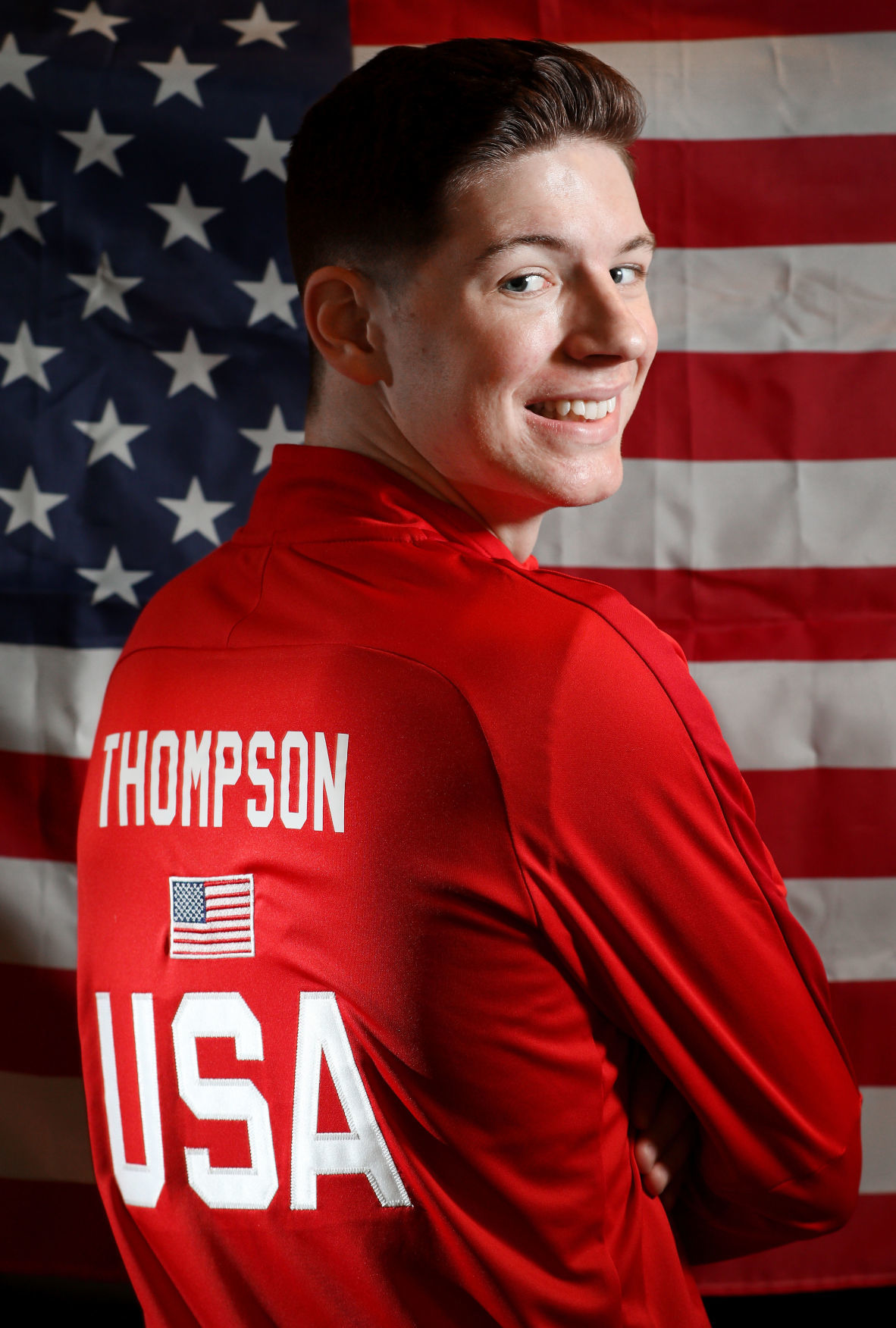 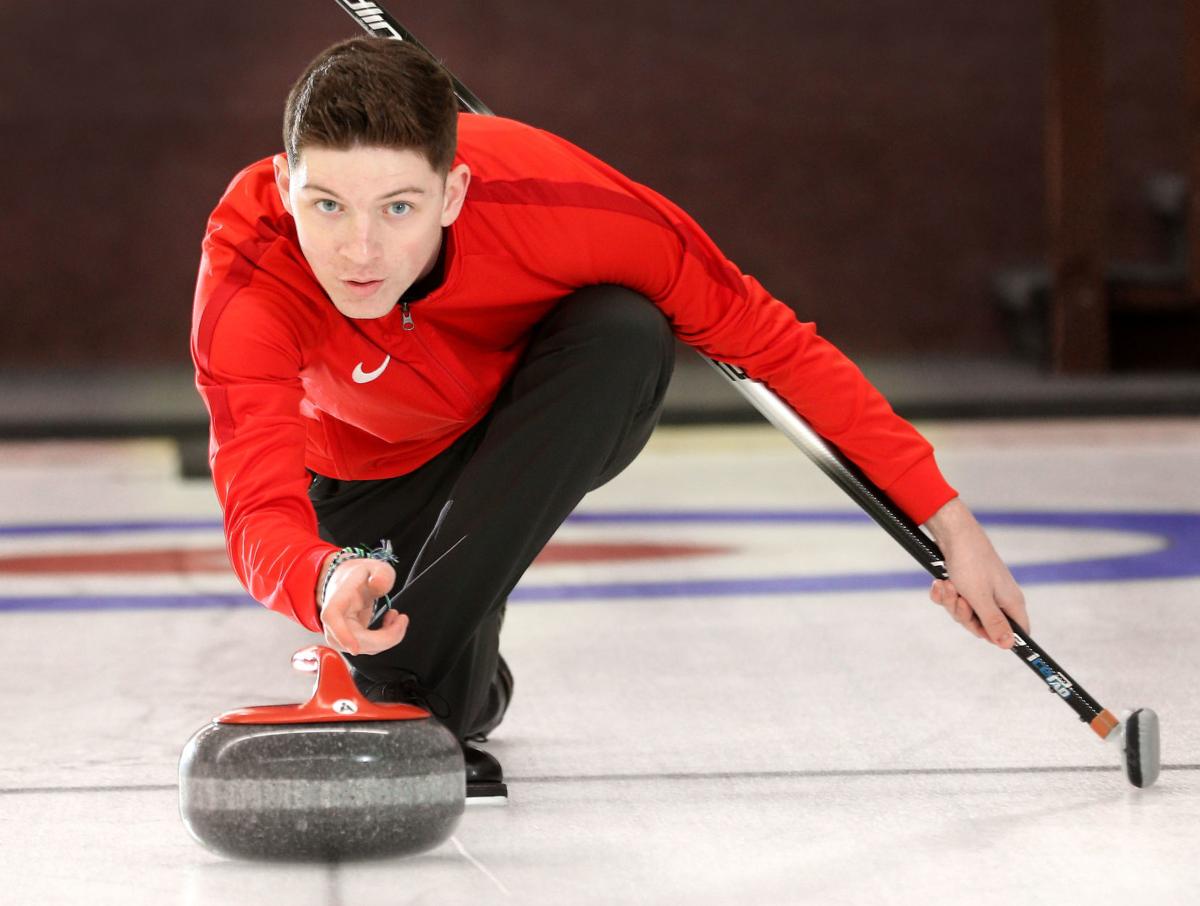 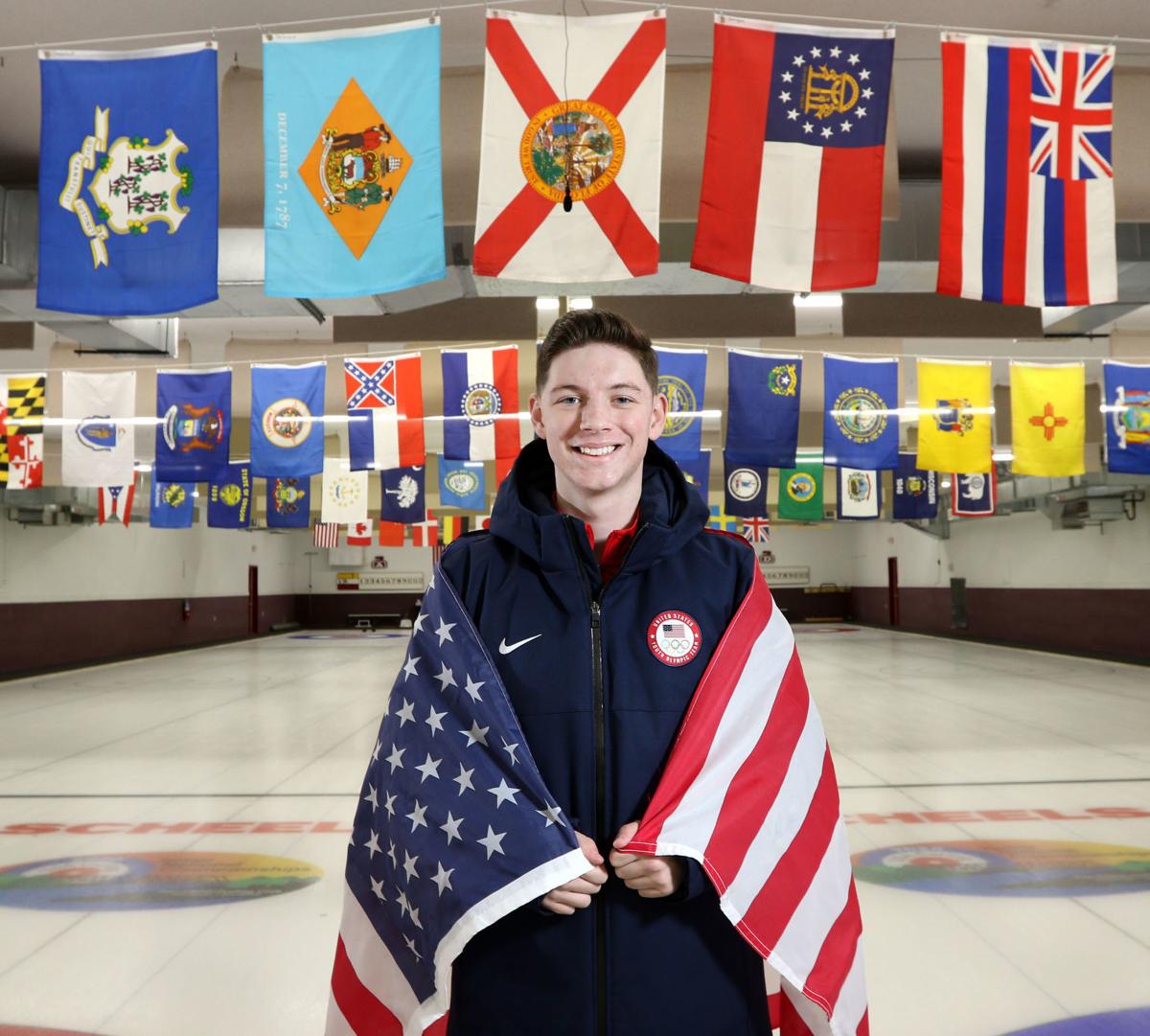 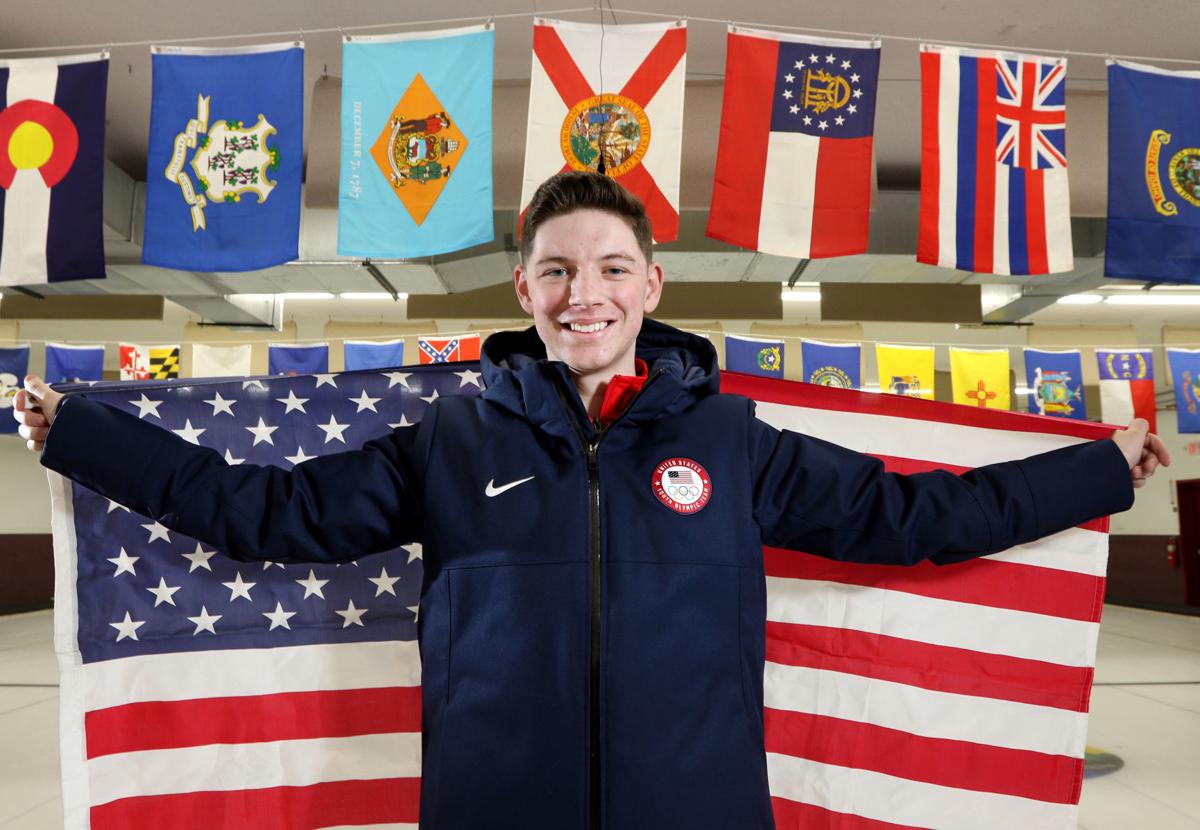 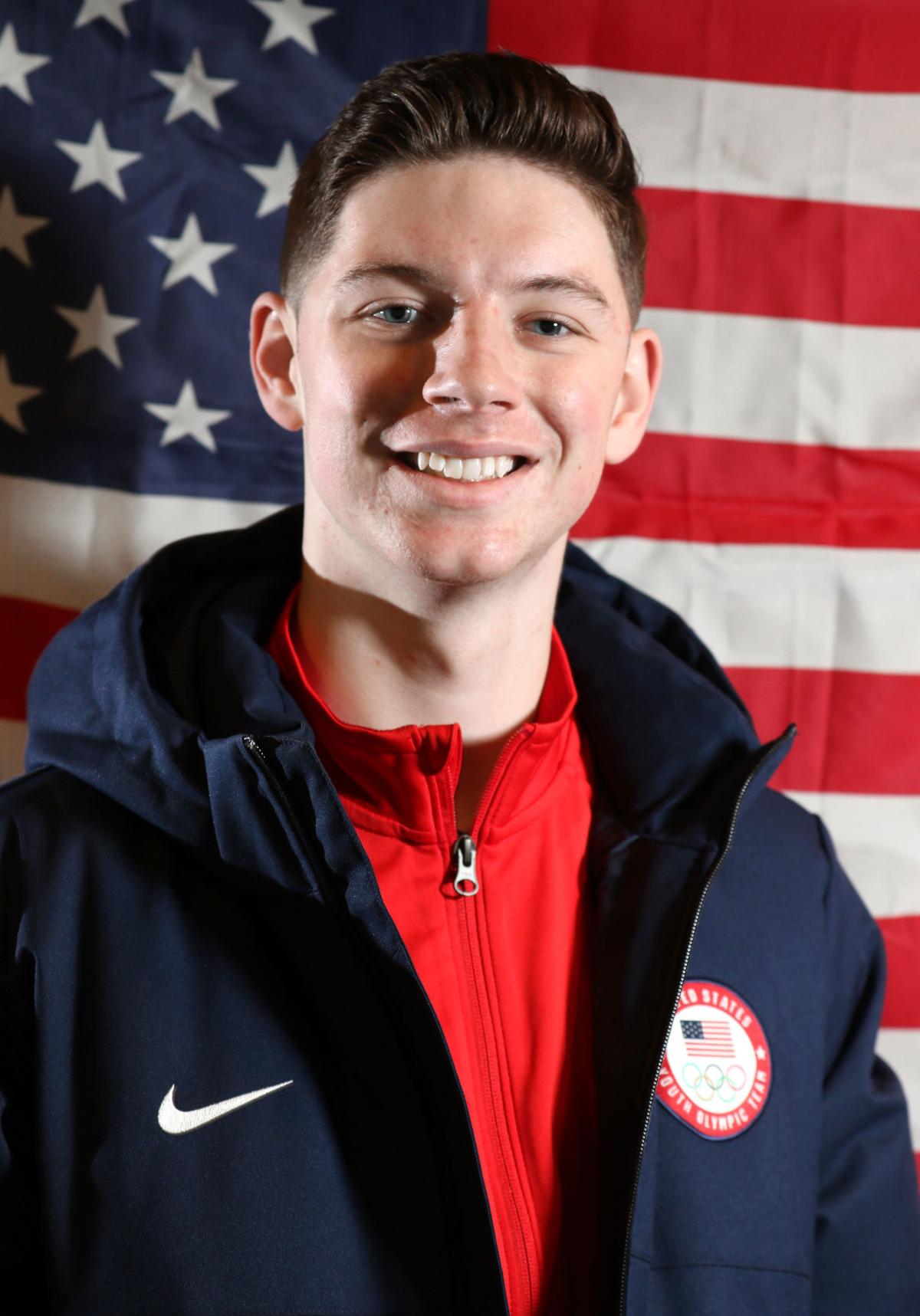 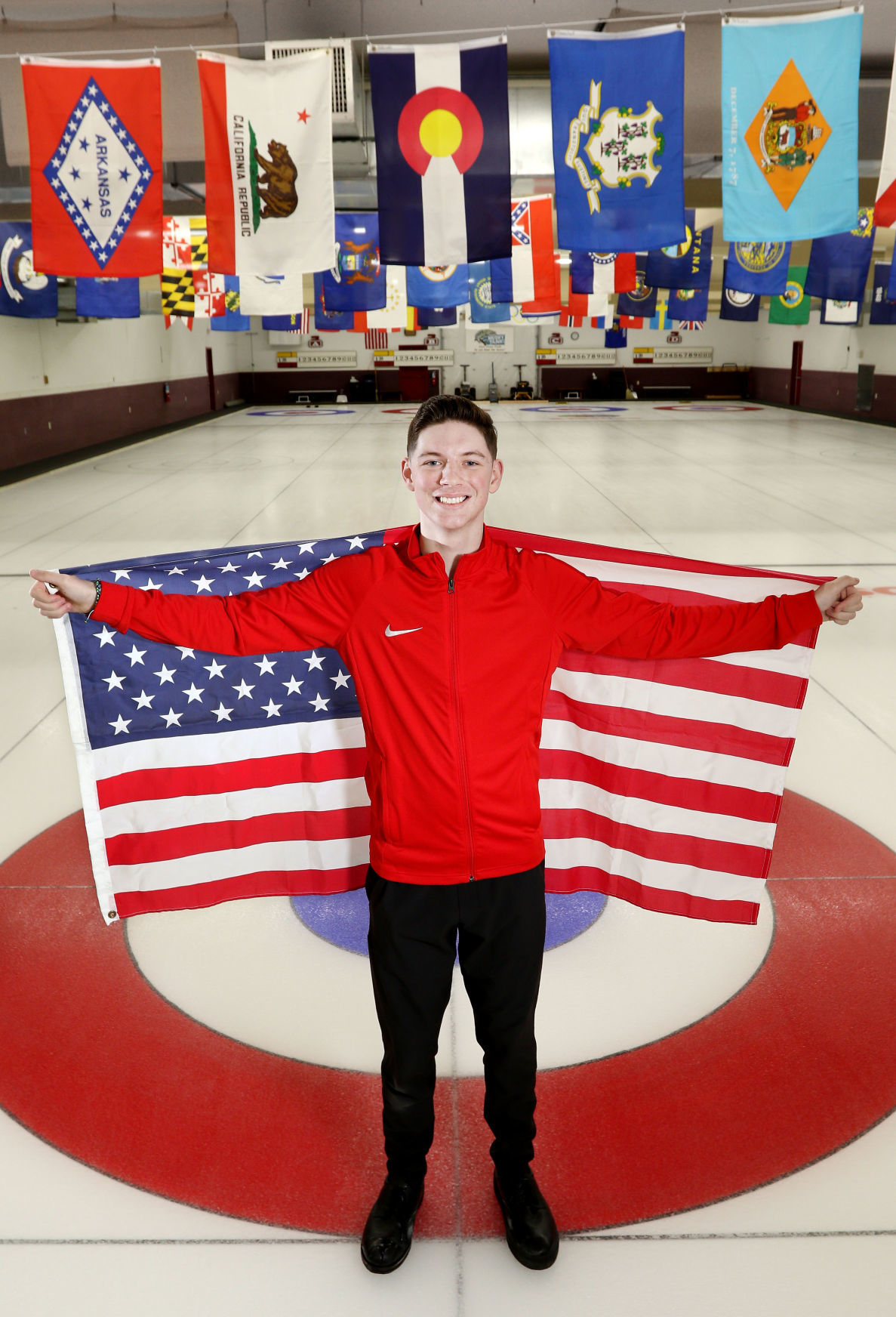 Charlie Thompson says he and his teammates were pretty much strangers when he constructed an underdog foursome to compete at the curling Youth Olympic Games trials in Denver in October.

“I had only met one of them for about five minutes before agreeing to play,” said the 17-year-old Thompson, an Eau Claire native. “When I put the team together it was basically, ‘Hey, I’ve seen you play. Some people I know speak highly of you? Want to take the leap?’”

While there was little history to go off of, Thompson put together a team, composed of himself, Ethan Hebert, Kaitlin Murphy and Alina Tschumakow, that could compete with the best the United States has to offer. That sense for team building earned him a longer chance at getting to know the squad he assembled – and one last hurrah in competitive curling.

Thompson, a junior at Eau Claire Memorial, will represent the United States later this month at the Youth Olympic Games in Lausanne, Switzerland, thanks to a first-place finish in the trials. Competition begins on Friday and runs through the 22nd.

“We were shipped a decent amount of stuff from the United States Olympic committee, including a big old puffy coat that says ‘Team USA’ on it,” Thompson said. “I’ll wear that stuff and kind of say, ‘I’m not wearing it because I bought it at the store. I’m wearing it because I earned it.’”

Thompson and his teammates will face competition from 23 other nations, a record number of participants. That includes Canada, which bested the U.S. for gold in 2016.

As usual, there are heavy expectations for the American squad. The group will be coached by John Benton, an Olympian in 2010 and someone who Thompson has worked with closely in the past.

Thompson, who has curled competitively since he was 12, is no stranger to the bright lights. He’s participated in multiple U18 National Championships, even taking home gold at the young age of 15 with Team Fenson, based in Bemidji, Minn.

He’s also traveled around the continent, honing his game against strong competition.

“I’ve seen Charlie’s confidence grow year after year,” said Mike Peplinski, Thompson’s former coach in Eau Claire and a 1998 Olympian. “All top level athletes have to have that unique confidence without letting themselves get too carried away.”

It’s prepped him for moments like this, though he admitted his noise-canceling headphones may be called upon to calm the nerves at points.

“It allows me to kind of act like I’ve been there before,” Thompson said. “This is a huge culture shock for every person competing. … So what I can do is draw upon those experiences from before and really try to keep a calm head and try not to let the moment overwhelm me.”

Thompson grew up around the Eau Claire Curling Club thanks to his father, Jeff’s, late discovery of the sport.

“When Charlie was born, I stayed home with him a lot,” Jeff said. “My wife’s father curled, and I didn’t really know anything about curling, but he needed a player for a team. He asked if I was interested.

“I asked, ‘What’s that?’ and he said ‘Well, it’s this game and you go out on Thursday nights and play a game and then sit around and drink beers and talk with a bunch of guys.’ That seemed like a great thing to do with a new baby at home.”

It only made sense that Charlie would come along too when he was old enough.

“The first photographic evidence of him throwing rocks was at age 3,” Jeff said.

By the time he was 9 years old, he’d already upgraded from the youth league to playing alongside Jeff with the men.

There was a point when Thompson viewed curling as his professional future, but he’s changed his mind as he’s gotten older and his goals have gotten clearer. He’s currently looking at colleges, and many he’s interested in, notably the University of Texas, wouldn’t put him in a spot where he’d be able to curl at the highest level.

“That change in perspective altered what I wanted to do,” Thompson said. “That kind of gave me a little bit of a wake-up call and I had to say, ‘Ok, what do I want to do here? What’s my plan.’ That plan, I realized, didn’t involve curling in the future.”

While he’s promised his dad he’ll continue to curl with him in one event a year, this will likely mark the finale of Thompson’s competitive career.

He’s spent the last week getting his ducks in a row, doing some school work in advance while packing and practicing. He’ll fly out on Monday, starting his journey with a leg from Minneapolis to Newark. There he will reconnect with the rest of his team to take a cross-Atlantic flight to Geneva before driving to Lausanne.

He isn’t the only Eau Claire athlete making the trip either. Eau Claire North’s Landon Lee is continuing the city’s tradition of sending skiers to the event, becoming the third Flying Eagle to qualify. Emilee Anderson took part in the first games in 2012, while Ben Loomis competed in 2016.

Thompson’s family will be even closer, with his parents, grandparents and a couple aunts and uncles making the trip.

“I’ve got a whole brigade coming,” Thompson said. “That really is huge for me. That gives me a sense of stability that I know I crave in this sort of situation.

Noah Witte didn’t come back to Eau Claire to curl, but it was a nice perk.