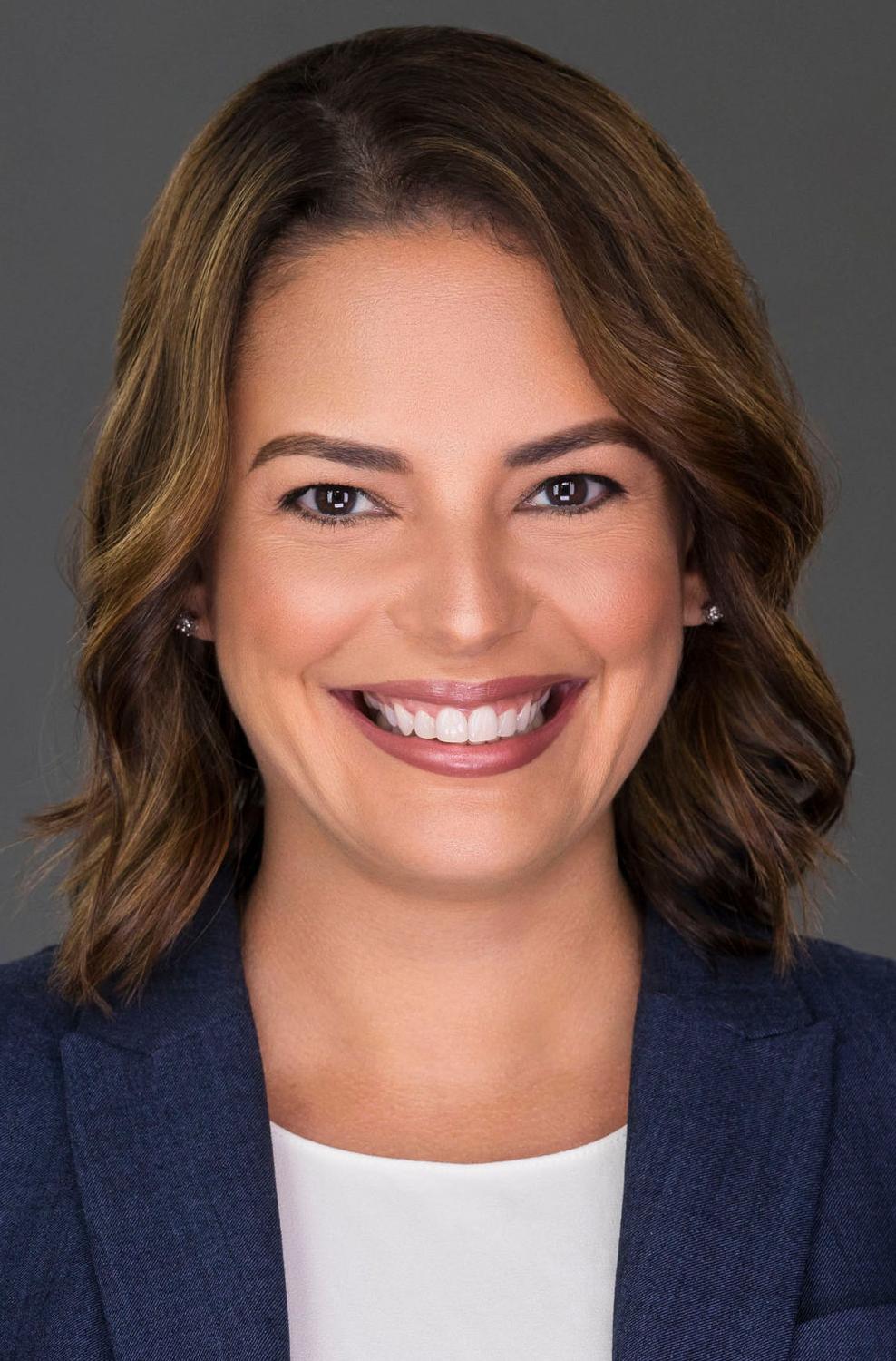 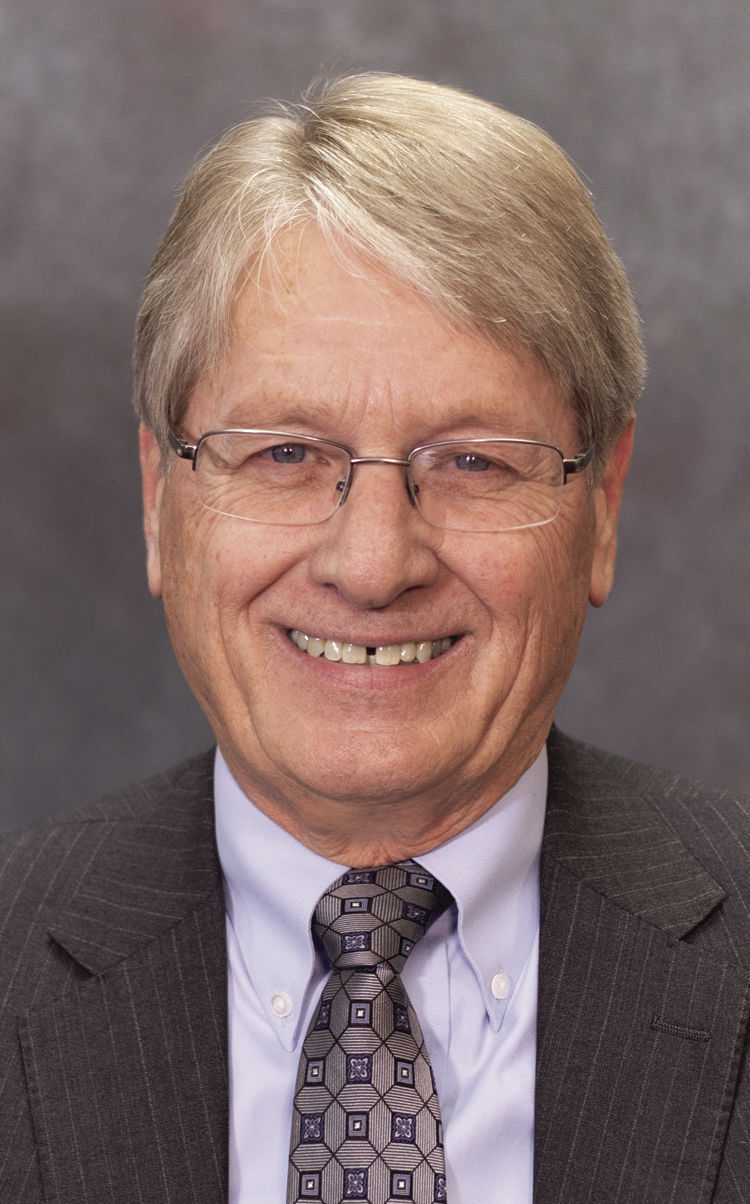 EAU CLAIRE — The Chippewa Valley and Gulf Coast of Florida may not seem to have much in common, but Sunem Beaton-Garcia spotted similarities last month in her visit to Eau Claire.

The hills and valleys of west-central Wisconsin are different than the flatter terrain of the Bradenton-Sarasota area where she spent her childhood, but Beaton-Garcia likened the natural scenery and close-knit feeling of the two places.

“I thought it was beautiful,” she said. “It was very reminiscent of where I grew up.”

Though her previous visit was only for a few days, her return trip to Eau Claire will last a lot longer when she begins her job as Chippewa Valley Technical College’s next president in July.

In a special meeting at midday Thursday, the CVTC Board approved Beaton-Garcia as the college’s 11th president, making her the first woman and first Latina to hold the position.

“She is a dynamic, engaging and thoughtful leader with a proven track record that will greatly benefit the college through this leadership transition and into the future,” board Chairman Paul Bauer said in a news release.

“I think it was a great move, a forward-looking move by our board, that choice,” he said. “To have someone who has had the life history of Sunem, the experiences she has and can address students from personal knowledge will provide the college with incredible insight.”

Beaton-Garcia’s family arrived in the U.S. as part of the 1980 Mariel boatlift as thousands of people who disagreed with Fidel Castro’s regime left Cuba and arrived in Florida. Coming to America with her parents and grandmother, she was 5 years old at the time.

Beaton-Garcia believes her experiences as a refugee who learned English and became the first in her family to go to college is a way she can relate to challenges of others seeking higher education.

“I understand firsthand the plight of many of our students,” she said.

Beaton-Garcia is coming to CVTC with over 12 years of experience in higher education, most recently serving as a leader at a larger technical college in Fort Lauderdale, Fla.

Broward College is spread across three campuses and Beaton-Garcia currently serves as president of two of them. Each of those campuses has over 20,000 students while CVTC’s entire enrollment is a little under that threshold.

In terms of employees, CVTC has 1,100 including both full- and part-time workers, while the campuses under Beaton-Garcia’s leadership currently have a combined workforce of about 1,750.

She also currently is the vice provost of both academic services and academic resources at Broward College.

“The more I read up on it and saw where the college is going, I wanted to be a part of this,” Beaton-Garcia said.

CVTC’s successful $48.8 million referendum that voters approved in April 2020 for a new Transportation Education Center and other building projects showed her the college is growing and has support from the community. The region’s population and economic growth also appealed to Beaton-Garcia.

As a finalist in the presidential search, she briefly visited Eau Claire last month to tour CVTC, be interviewed by multiple panels and see the community for herself.

Barker wasn’t involved in the hiring process, but he did briefly meet all the candidates as a professional courtesy and to answer questions they had about the job.

Barker and his cabinet are now beginning to schedule meetings for Beaton-Garcia’s arrival so she can get a deeper knowledge of CVTC, the Wisconsin Technical College System and the state.

Now is a good time to transition to new leadership, Barker said, as CVTC is leading the state in job placement and graduation rates, succeeded in its referendum and in good financial shape.

“The internal workings of the college are pretty secure right now, pretty solid,” he said.

That allows the president to look outward, focus on the college’s place in the community and be a spokesperson for CVTC.

Beaton-Garcia’s immediate plans for her arrival in July include meeting with CVTC’s faculty and staff, students, community leaders and the business community.

She also expects that following the COVID-19 pandemic, there will be many workers who need to learn new skills to pursue different jobs. Meeting their training needs means CVTC may have to adapt to different schedules than traditional course schedules, she said.

Barker expects that as the COVID-19 pandemic ends, it will mean a return of more face-to-face classes, but also increasing use of technology and remote working in other parts of CVTC.

“I think there’s going to be a new work model,” he said.

Anticipating that some of the college’s employees will be doing more of their duties online using technology, Barker said he’s glad CVTC’s new leader is more digital-savvy than he admits to be.

Prior to Broward College, Beaton-Garcia taught information science as part of the faculty at St. Thomas University in Miami Gardens.

Beaton-Garcia will be moving to the area with her husband Carlos and their son, Gabriel, this summer. She is scheduled to begin as president on July 1.

The CVTC Board agreed to a three-year contract with Beaton-Garcia, including a $240,000 annual salary, according to the college. For his final year as president, Barker is earning a salary of $237,074.

Barker’s last weeks in office will include graduation of CVTC’s class of 2021, the start of the summer session in June and ongoing construction projects at its facilities in Eau Claire. It will cap off a 21-year career at CVTC, the last dozen as president.

He said he does plan to continue living in the area in retirement to stay close to his grown children.