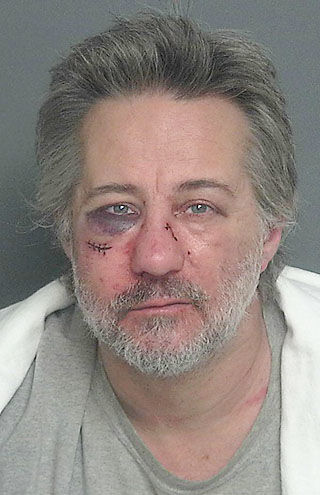 EAU CLAIRE — A homicide charge has been filed against an Eau Claire man who authorities say stabbed another man on Thanksgiving Day at an Eau Claire residence.

Weiberg was originally charged with felony counts of aggravated battery and second-degree recklessly endangering safety in connection with the Nov. 26 incident.

The charges were enhanced because the stabbing victim, Travis L. Smith, 37, of Laurel, Ind., died Dec. 3 at a Rochester, Minn., hospital.

A forensic autopsy of Smith was conducted Dec. 4 at the Southern Minnesota Regional Medical Examiner’s Office in Rochester. Preliminary results indicated Smith’s cause of death was a stab wound to the chest and the manner of death is homicide.

If convicted of the enhanced charges, Weiberg could be sentenced to up to 47 years in prison.

Weiberg remains held in the Eau Claire County Jail on a $20,000 cash bail.

Weiberg is scheduled for an arraignment on Jan. 4.

According to Eau Claire police and the criminal complaint:

Police responded to the 600 block of Franklin Street shortly after 1 a.m. Thanksgiving Day after a caller reported a stabbing. When officers arrived, two people were in a backyard, and one person was covered in blood near an unresponsive man on the ground.

Officers used a chest seal to keep Smith from drawing air into his chest and provided critical aid. The witness told them Weiberg, who was inside the home, had stabbed Smith. The wound was just above Smith’s heart.

Smith was taken to the Mayo Clinic Health System in Eau Claire and underwent emergency surgery for lacerated arteries and damage to his heart and lungs.

Weiberg came outside when officers ordered him to do so, but refused to show his hands or comply with orders to surrender. Officers used a less-lethal “foam sponge round” to gain time to place Weiberg in custody.

Weiberg had gotten into a fight with Smith, which resulted in facial injuries to Weiberg. He stabbed the man in response.

The criminal complaint offered different versions of events from Weiberg, who said he was attacked by Smith inside the house, and a witness who said the fight that led to the stabbing took place outside.

Both accounts confirm there were previous incidents of “pushing and shoving” between the two earlier in the day.

Prosecutors charged Weiberg as a repeat offender, citing a 2018 conviction for strangulation and suffocation.

Smith was later transferred to the Rochester, Minn., hospital for treatment.