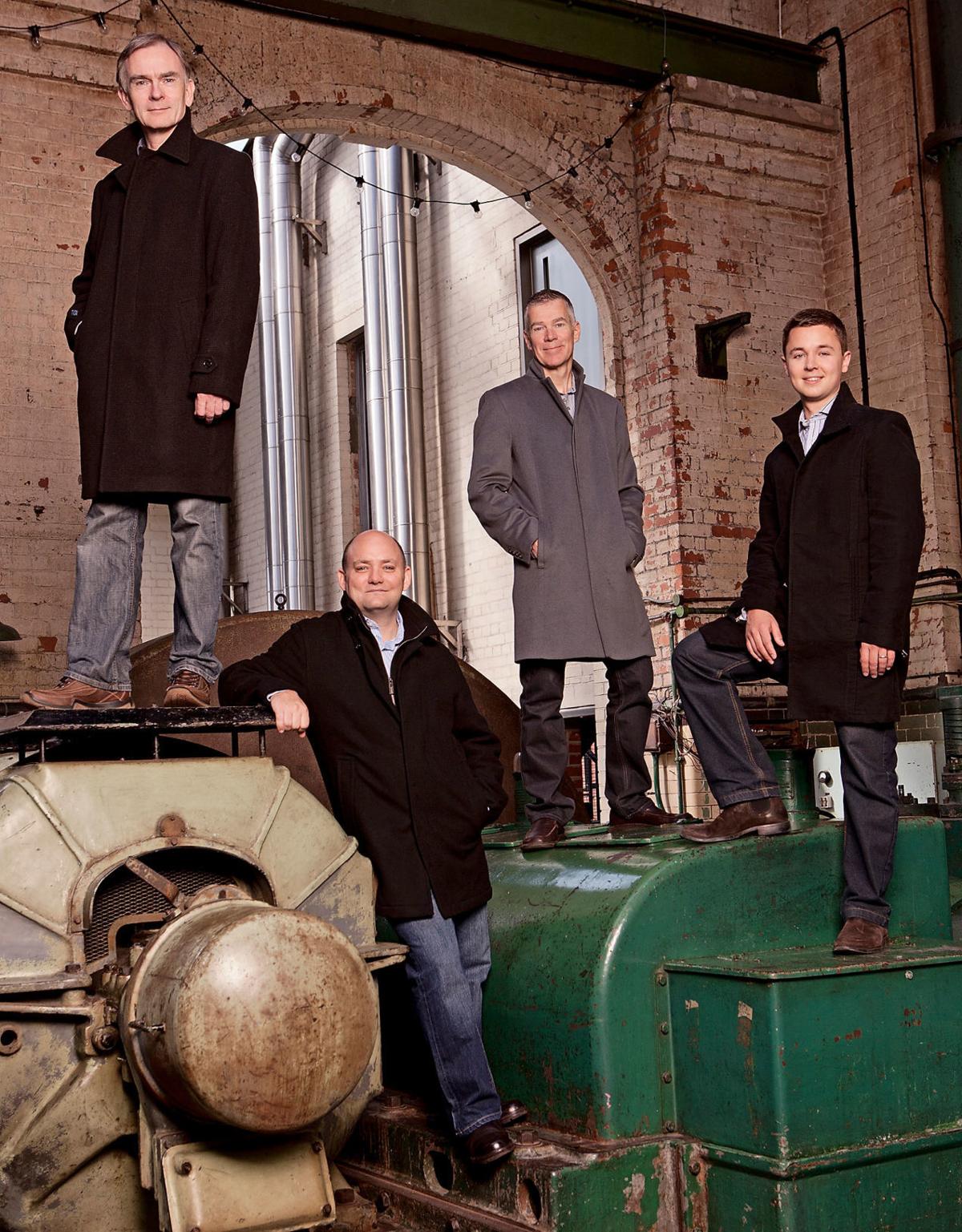 The Orlando Consort, which was formed in 1988 by the Early Music Network of Great Britain, has won accolades for their recordings from publications such as Gramophone magazine and The New York Times. 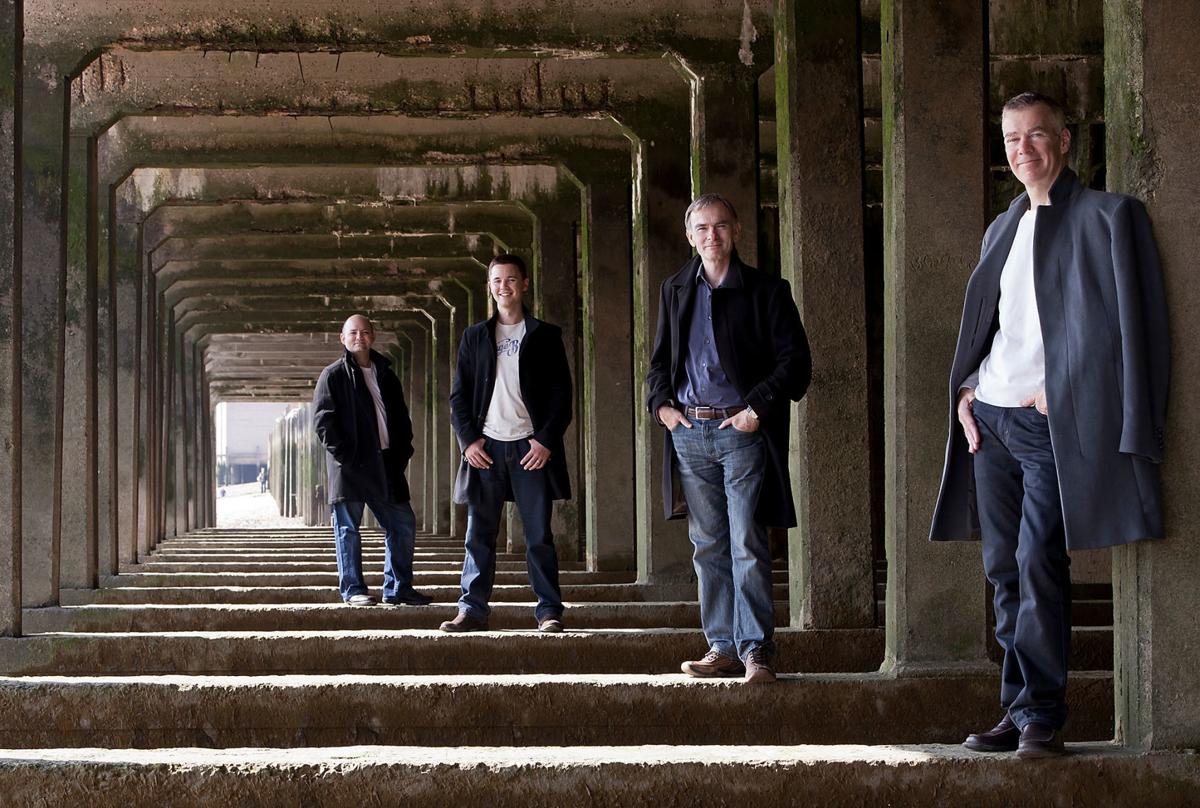 The Orlando Consort have appeared at New York’s Carnegie Hall, the new Boulezsaal in Berlin and the Salzburg Festival, and in countries such as Canada, France, Portugal, Italy, Germany, Japan and Switzerland.

The Orlando Consort, which was formed in 1988 by the Early Music Network of Great Britain, has won accolades for their recordings from publications such as Gramophone magazine and The New York Times.

The Orlando Consort have appeared at New York’s Carnegie Hall, the new Boulezsaal in Berlin and the Salzburg Festival, and in countries such as Canada, France, Portugal, Italy, Germany, Japan and Switzerland.

The British group will present “Food, Wine, and Song” in Pablo Center at the Confluence, with their concert in Jamf Theatre preceded by a meal the musical group has selected to match the musical offerings.

As Carole Fleetwood, Pablo Center’s special events manager, explained: “It’s very important with this program to make sure it’s food, wine and song so it’s all inclusive, it’s all very relevant to each other, it’s all part of the experience.”

The dinner begins at 6 p.m. in the Riverfront Room, with a meal prepared by Current Catering of Chippewa Falls that’s authentic to the medieval period, like the music the group specializes in.

The first course will be Split Pea Soup thickened with Spicy Bread and served with Confit Chicken. That will be followed by Haddock in Ale.

Dessert is Saffron Cake, which will be served after the concert in Pablo Center’s lobby along with complimentary champagne for all audience members, including those who opt to attend the performance, at 7:30 p.m. in the Jamf Theatre, but not the meal.

“It kind of gets all five senses going,” Fleetwood said, adding that the food and drink will provide a way for the audience to share the experience as a group rather than hustling out the door to their cars.

“They can come out and talk about the performance and connect that way and just bring the whole thing full circle,” she said.

Part of the allure in hosting the Orlando Consort is that their genre sometimes is overlooked, explained Mark Lundin, Pablo Center’s patron relations and artist hospitality manager.

“Looking at the whole season, we wanted a very diverse offering, and early music generally doesn’t get a whole lot of airplay, especially in our community,” he said. “So it’s really exciting to offer this music to this community and especially from a group with the Orlando Consort being a really high-caliber, world-renowned group.”

Lundin added that the region does have a group that specializes in early music: Eau Claire-based Schola Cantorum, a 12-voice chamber ensemble.

Part of what has elevated the Orlando Consort, in addition to a host of critically celebrated recordings and concerts all over the world, is their original music presentations, of which “Food, Wine, and Song” is one.

This themed performance, based on an album the group released in 2001, has won critical praise from publications such as The New York Times, including this review in 2011: “The consort navigated the program with the tightly blended sound that has long been its trademark, and the singers took turns offering amusing introductions to the pieces.”

“The menu is inspired by the music that’s being performed,” Lundin said. “The stories and the songs refer to food and drink of the time. You’ll see saffron and some of those other items that actually appear in the music.”

In describing the pieces that will be performed, Lundin noted that many were written for liturgical purposes.

“Most of the music in the period is sacred in nature because that was the way of life for composers,” Lundin said. “Their bread and butter, no pun intended.”

But medieval drinking songs also will get their due. “That’s kind of what you’d see is: Be merry,” he added.

The mix of sacred and secular music might strike a chord with many in the audience, observed Stephanie LaBair, Pablo Center’s marketing and communications manager.

“From the body to the sacred, life basically existed between church and the ale houses,” she said. “So I think it’s another core component that people can relate to with their modern life and kind of get involved with and get excited about for this event.”

A number of anonymous composers appear on the program, also characteristic of the period, although the well-known names Guillaume Du Fay and Guillaume de Machaut will be represented.

In their dealings with Pablo Center, the musical group has been helpful with details about how to present this kind of event and anticipating what the venue would want to know, Fleetwood has found.

“They’ve been very understanding,” she said. “They travel the world doing this kind of programming so they’re very understanding about the building and the program, how it fits best with the community and how we can make that work the best for both parties here. And at the same time they’re staying very true to the very nature of the core goals and values of their program.”

The Orlando Consort provided the recipes but did offer alternatives for what would work. “So there’s the specificity but also a little bit of wiggle room in there,” Fleetwood said.

“The menu that we used is one that they’ve used many, many times,” she said. “It just fits well together. It’s nice, especially in colder weather.”

The hearty soup referenced should fit with dining practices of those who spend winter months in Wisconsin, adding a familiar note to the meal.

“I think it’s even interesting that you see some parallels between kind of the Midwest winter fare and that medieval Renaissance fare,” LaBair said. “I think people really enjoy seeing places where they can find commonality and find something new — so that there’s that little bit of comfort and that little bit of experimentation.”

“We’re so used to hearing music tuned to that 440 (Hz),” he said. “... But as soon as you hear something a little sharp or a little flat, it actually does different things to you psychologically, and you might feel it differently so then the music resonates physically and mentally at a different frequency. So it’s a different experience for the listener that they wouldn’t get, say, if they just plopped down and listened to a choir singing to a piano.”

Lundin also noted the different tuning as well as the languages in which the music is sung.

“That’s one thing I enjoy about early music is that the group is so careful about performance practice and so everything is done in the style of the period all the way down to the language,” he said. “It’ll be French and German, but it’s not the French and German you’ll hear today. It’s like Old English and Old German, so it’s a very specific experience like, they actually researched everything thoroughly.”

That’s why all three elements of the “Food, Wine, and Song” are designed not just to entertain but to help transport audiences to another era.

As Lundin said, “It’s going to be an immersive experience.”

(Those who require vegetarian options can contact the box office directly.

Note: Tables of eight people will be assigned as the event nears.