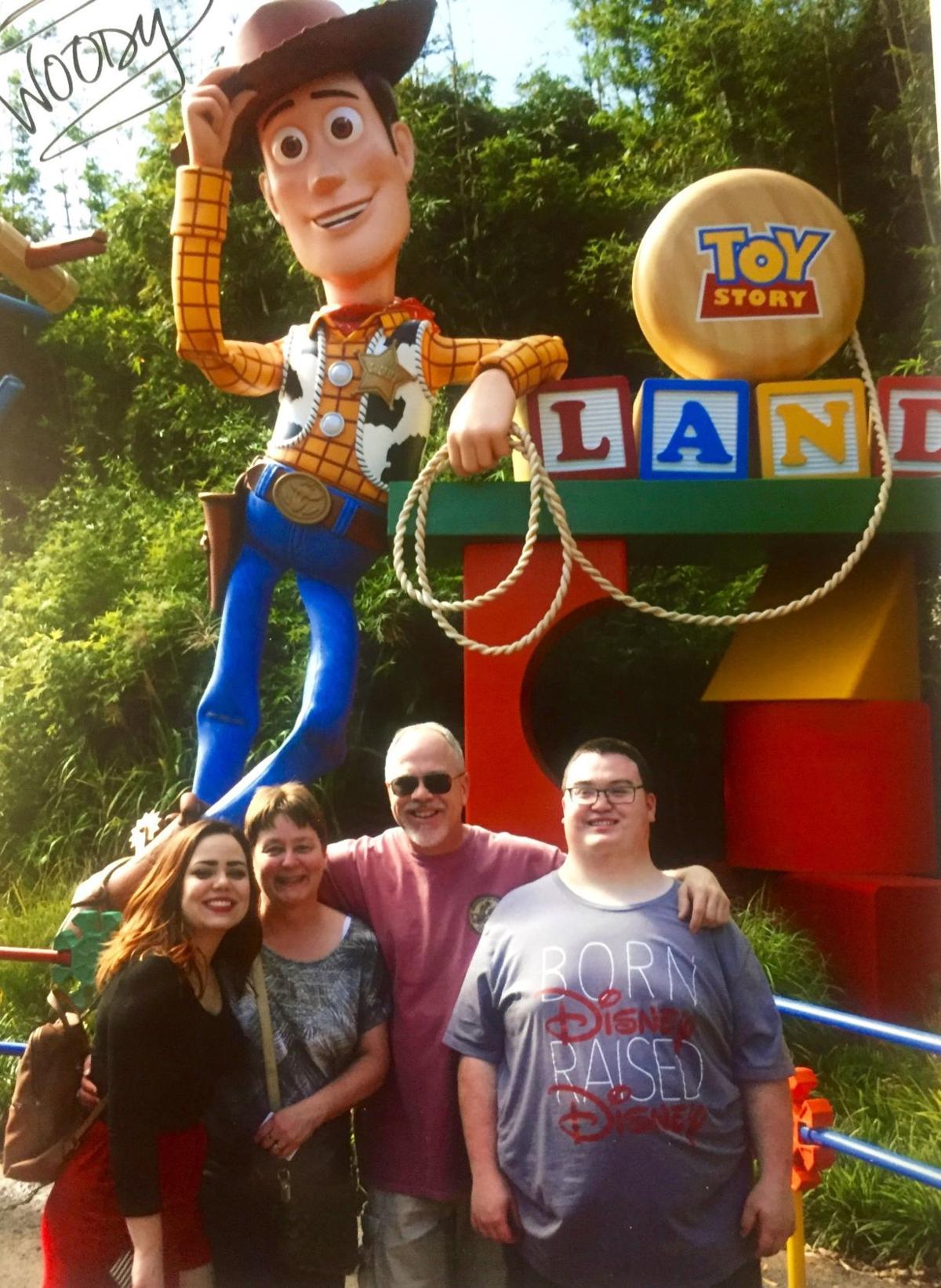 Reporter Samantha West (far left) poses for a photo with her family Feb. 25 at Disney's Hollywood Studios in Orlando, Fla. 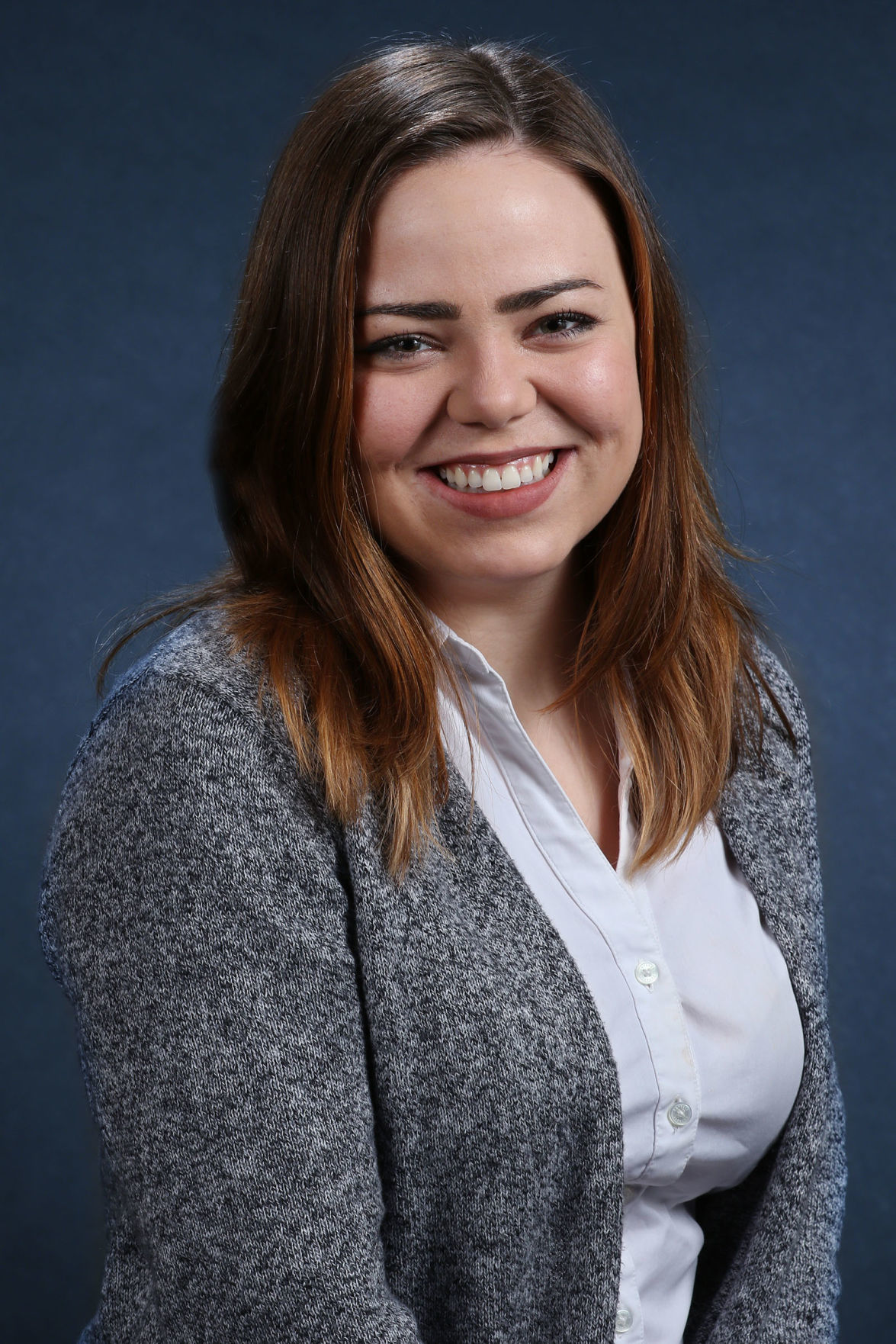 We may have been going to “the happiest place on Earth,” but that wasn’t my attitude when my alarm went off bright and early at 5:45 a.m. that day.

I had joined my parents and my older brother, Alex, at the tail-end of their vacation to Florida a couple of days prior. We had plans to leave the house at 7 a.m. sharp for Disney’s Hollywood Studios park because we were staying about an hour’s drive from Orlando at a cottage just outside of Daytona Beach.

Being the expert he is, Alex had figured out — from his Disney guidebook and personal experience — that although the park doesn’t technically open until 9 a.m., if you show up early park officials will let you in.

By the time I forced myself out of bed that morning, my brother had been up for hours and likely had been grinning ear to ear since he opened his eyes. Already, he was ready to go, sporting his Disney World best — a gray T-shirt that read “Born Disney. Raised Disney.”

If you know Alex — and our family — you know how true those words ring in our household. As far back as I can remember, our best family time was spent curled up on the couch together watching the latest Disney flick.

The driving force behind our identity as a “Disney family” is our sweet Alex. My brother has an intellectual disability, and his undying love for anything and everything Disney hasn’t faded in the slightest over his 25 years. Ask him, I dare you, any topic regarding Disney and he likely knows just about everything there is to know about it.

Nonetheless, I got myself together and we made our way to Disney World that morning, but — I’m embarrassed to admit — my sour attitude remained as Alex sped ahead of us toward the park.

After we got through security and inside the park, I was ready for another cup of coffee (or five) and beelined for the nearby cafe. Much to my annoyance at the time, Alex strayed to the other side of the street where a group of Disney employees were leading a trivia contest.

If you know Alex, you definitely know one thing: Don’t challenge him to a Disney trivia game and expect to win. My parents and I, at this point, know better than to even agree to play a game like that with him. He crushes us every time to the point it’s not even that fun anymore — much to Alex’s amusement.

As a young girl struggled to answer a question, Alex ran to the front of the crowd and helped her. A bit later, he competed in the contest himself.

No surprise to us, he won the whole dang thing by correctly answering who the composer and lyricist of the Disney classic “Beauty and the Beast.” “Only Alex,” we said, shaking our heads.

I wasn’t there when it happened, but apparently this doesn’t happen too often at Disney World. When Alex answered correctly, my Mom watched the workers’ mouths collectively drop. He received prizes of a little trophy and a free print of a photo.

But none of us cared about that. What we cared about was the grin that you couldn’t wipe off Alex’s face if you tried, and the infectious excitement and pride he carried around for the rest of the day.

I, finally, came out of my funk and was able to enjoy the rest of the day with my family. We went on all the rides Alex had on the list he’d compiled. “Giddy” is the only word that really seems to describe how we felt and acted all day.

When Alex and I were alone for a moment, waiting in line for a ride my parents didn’t want to go on, he looked over at me and smiled.

“Thanks for coming to Disney with me, Sami,” he said. I could hear in his voice that he felt bad that I wasn’t all that excited about our day that morning.

As a 22-year-old recent college graduate, I’ve had quite a few hard moments lately that come with becoming, as I like to call it, a “real adult.”

But at that moment, I felt none of that weight. I felt pure, simple happiness. I felt like a little kid who was giddy to be at Disney World. Most of all, I felt so incredibly thankful for Alex and our family.

Sure, we’ve had our hard days. It wasn’t always easy to grow up with a brother with special needs. Our family was always different from others’, and that was hard to grapple with as a kid.

But what no one else gets to do is call someone like Alex — who exudes so much light and love and kindness in all that he does — their brother. What more could I possibly ask for? Why had I wasted so much time this morning dwelling on something as silly as sleep?

“I wouldn’t have missed it for the world, Al,” I responded.