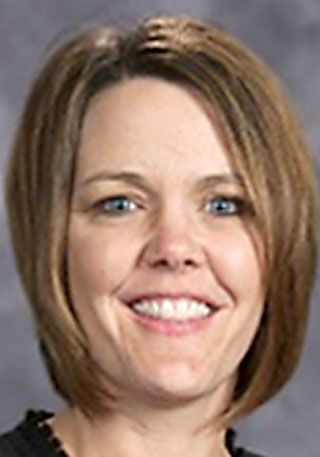 While the Eau Claire school board mulls a referendum that could add more capacity to crowded south side schools, a panel of parents, community members and teachers is searching for ways to relieve the pressure as soon as this fall.

Meadowview and Putnam Heights elementary schools currently sit at over 90% student capacity, and Manz Elementary is near that mark; the district expects enrollment in those three schools to grow, school administrators have said.

“We’re looking to find some relief at those schools because we don’t have any place that would have space for them in that area,” said Kim Koller, executive director of administration.

“What do we do as early as next school year, to try to ease existing capacity challenges?” said Joshua Clements, who chairs the Demographic Trends and Facility Planning Committee.

“If we determine we need more capacity … that’s probably a three-year proposition before that actually happens, short of bringing a mobile classroom in.”

If the school board decides to pose a referendum question in spring 2021 — and if that referendum were successful — construction may be able to begin in summer 2022, Koller said in January.

But a successful referendum wouldn’t help ease overcrowding in the short term.

If it added flexible boundaries, the district could assign new students and kindergartners to either school based on capacity.

If the committee recommended redrawing those two schools’ boundaries — and the school board approved the measure — it would require giving families a year’s notice. That option is not feasible for fall 2020, Koller said.

“It seems to me, the relief option for Meadowview is Robbins,” said Dave Fitzgerald, committee member, proposing a study to see if shifting students to Robbins would ease the strain at Meadowview. “We have to look at another component, which is where growth is coming. I think if we have people moving, that changes everything.”

“When schools are over 90% capacity, it’s difficult for them to run as efficiently as other schools,” she said. “Classroom sizes might be higher in those schools simply because we don’t have space (to add) another teacher.”

It becomes harder for the school to bring students together for meals and assemblies, since cafeterias and common areas become cramped, Koller said.

The committee is asking the city and county for information on where real estate development is planned in the area, Clements said.

“That would give you a strong indication of where new families may be in the next two to three years,” Clements said. “Anecdotally, I think we know where things have happened recently, but that may not be where things will continue to occur.”

Eau Claire’s south and west sections had the most new residential construction in 2018, according to the city’s annual development report.

Eighty-one new residential units were built in the city’s south sector in 2018, mostly multi-family units. The city’s west sector got 120 new units last year, according to the report.

The committee is also charged with recommending long-term solutions to south side crowding. It’s slated to send a report to the school board in October 2020.

Worries about south side schools come after changes for seven other elementaries on the north side.

Those seven schools will undergo boundary changes starting next fall, aimed at keeping school capacity between 75% and 85%. About 178 students attending Roosevelt, Sherman, Lakeshore, Longfellow, Sam Davey, Locust Lane and Northwoods schools will be affected. The plan keeps Roosevelt open as a two-section school.

The school board also met Thursday evening in closed session to discuss the search for a new superintendent, agenda documents show.

A regular school board meeting is slated for Monday.

CLARIFICATION: An earlier version of this story reported the Eau Claire school district's fall 2020 plan to change boundaries at seven Eau Claire elementary schools would cost between $31.5 and $35.5 million. Re-drawing those schools' boundaries is cost-neutral. The $31.5 to $35.5 million price tag formerly included money to add a secure entrance at Roosevelt, and expand capacity for the 4K program and south side schools, but the school board has not approved any funding for 4K or south side expansion.