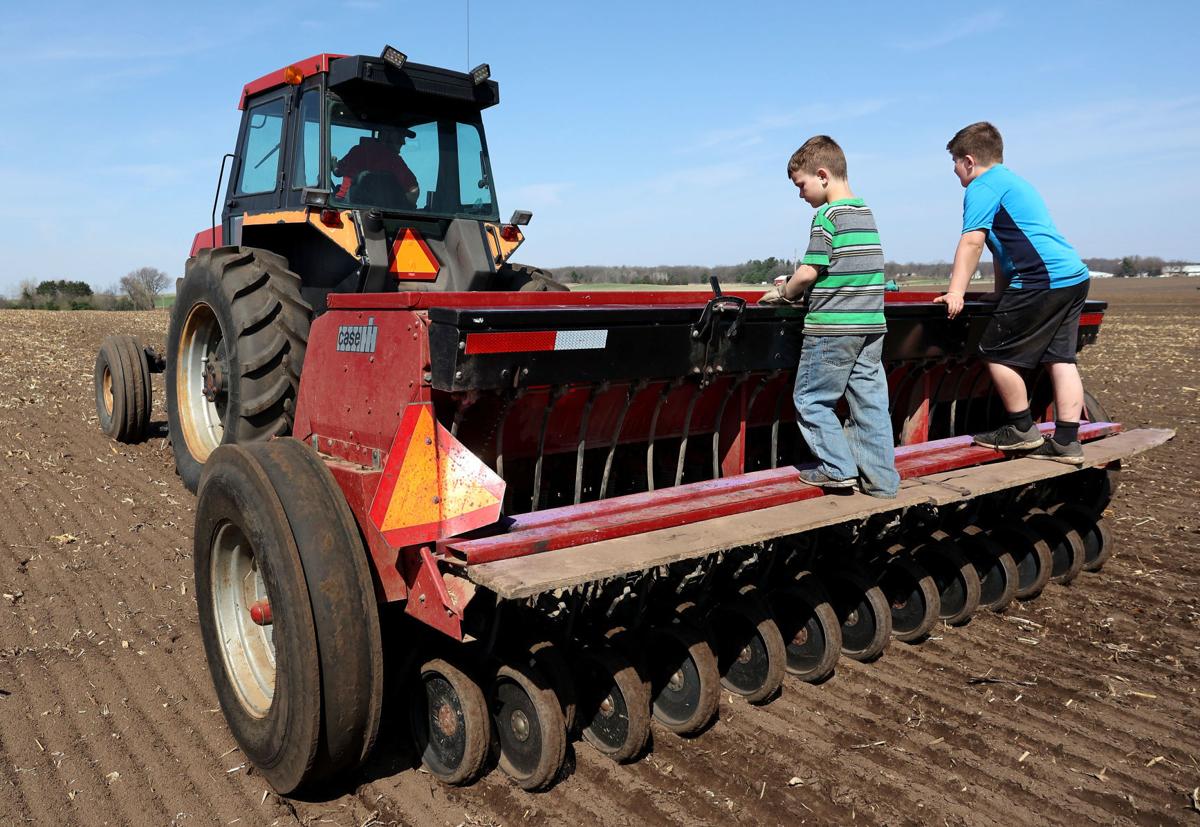 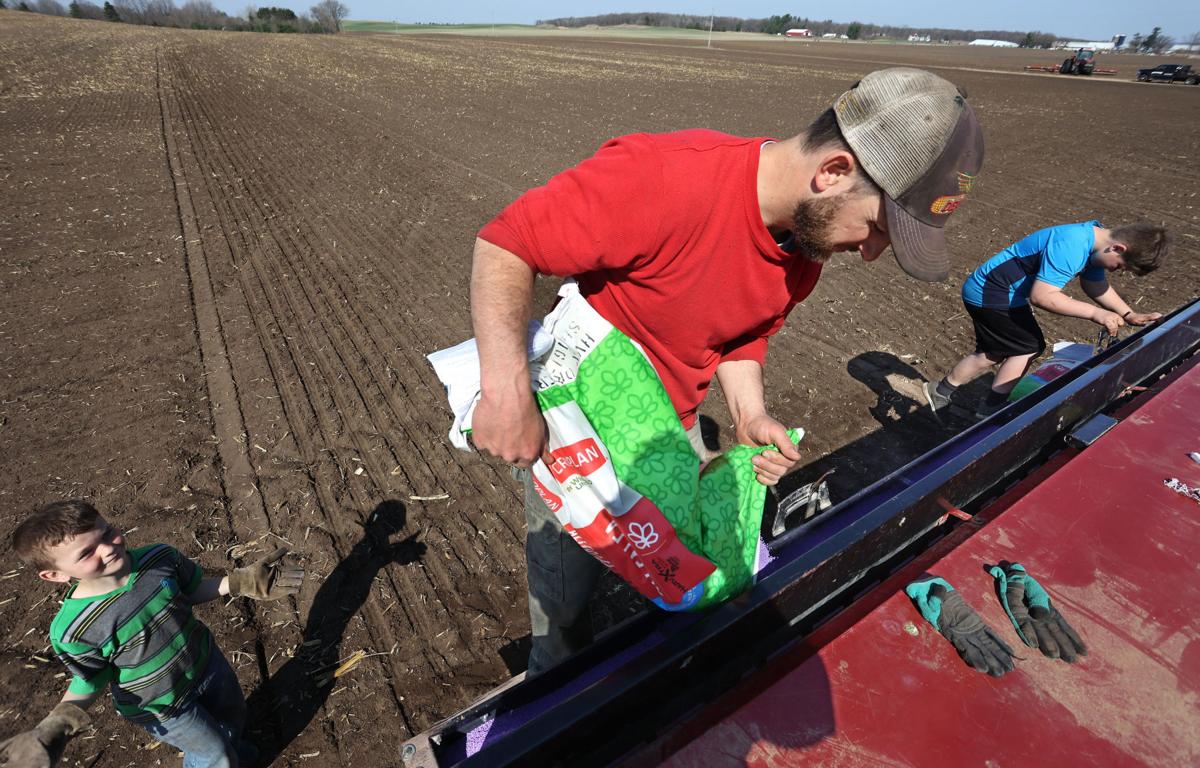 Tommy Kopp filled the planter with alfalfa seeds with his sons Cody, 6, left, and Caleb, 10, right, along 970th St. in Dunn County on Tuesday.

Tommy Kopp filled the planter with alfalfa seeds with his sons Cody, 6, left, and Caleb, 10, right, along 970th St. in Dunn County on Tuesday.

“We could put them in the ground any time now,” Polzin said. “We’re doing some tillage work. We haven’t put anything in the ground. Our average start date, over 25-30 years on our farm, is the 18th. Only once, did we have seeds in the ground in March.”

Buffalo County agricultural agent Carl Duley said some farmers in western Wisconsin were already planting oats, barley and small grains over the weekend. Duley said it is truly rare to have any planting done on or before Easter.

“We are early, no doubt,” Duley said. “Mid-April is more common, so we are 10 days early. Some started Friday, or over the weekend.”

Duley was planting oats near Alma on Monday.

A dry winter with little snowfall, followed by a spring with little rain, has some farmers nervous.

“It’s almost scary dry for this time of year,” Polzin said. “We had no spring run-off. A couple good rains could change things in a hurry. I wouldn’t mind take a few days off to watch it rain.”

Duley said 70% of farmland nationwide is currently considered to be in drought conditions.

“There is some concern out there. We’ve been passed by some of the significant rains we were predicted to get,” Duley said. “We still get nervous when it doesn’t rain. We just haven’t gotten the spring we normally do.”

Duley was hopeful that much of western Wisconsin would get good, soaking rains Tuesday and today. With the warm weather, he expects other crops could get planted in the near future.

“If it doesn’t rain too much (making fields too muddy), I wouldn’t be surprised to see some corn going in next week,” Duley said.

“Without significant rains, they’ll want to plant by April 20, if they can.”

Chippewa County agricultural agent Jerry Clark said he hasn’t seen anyone planting yet, but he’s seen signs that farmers are ready to begin.

Like Duley, Clark is concerned about the lack of rain. The western half of Chippewa County, which generally has sandier soils, really needs some rain, but the heavier, wetter soil types on the eastern half of the county actually needs to dry out a bit, Clark said.

“I think we’re an inch or two below normal,” Clark said. “The topsoil is still moist. The concern is subsoil moisture might not be as strong as in the past.”

The good news for farmers is corn and soybean prices are strong right now, Duley added. Some of that is due to speculation of the need for those commodities.

Clark said analysts estimate there will be three million fewer acres of soybeans planted this year, and a similar reduction in corn, as farmers from Illinois to Nebraska and Kansas are indicating they will be planting more wheat this year. That will help hold up prices for soybeans and corn, he explained.

“Corn and soybean prices have come back extremely well,” he said.

The warm temperatures this week can cause havoc on area orchards, Clark added. In 2012, a consistently warm March led to apples flowering too early; a late April freeze caused severe damage to nearly the entire apple crop. Clark is hopeful that a similar problem doesn’t occur this year.

“Right now, we haven’t seen (apple trees) bud out too much,” Clark said. “As long as the flowers don’t open, we should be okay. We don’t want to repeat (2012). Our average last frost isn’t until mid-May.”

Duley has been involved in recent years in the test hemp fields, planting a variety of the crop to

see what strains will grow best in western Wisconsin and what could be profitable to area farmers. This will be the fourth year of that project.