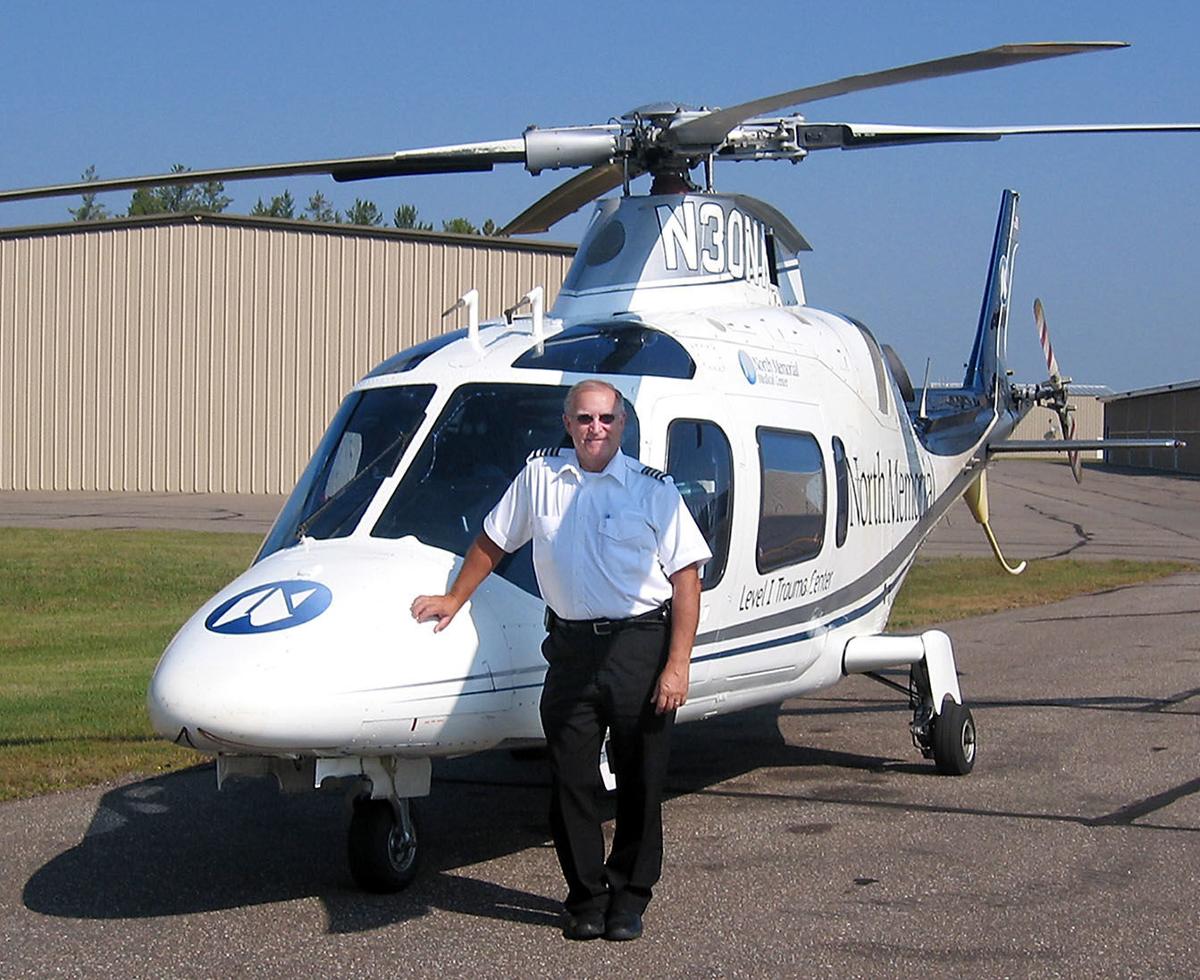 Al Ludwig of Eau Claire recently was awarded the Wright Brothers Master Pilot Award from the Federal Aviation Administration after flying aircraft for more than 50 years. He spent much of his career flying helicopters for the U.S. Army and for North Memorial Health Care in the Twin Cities. 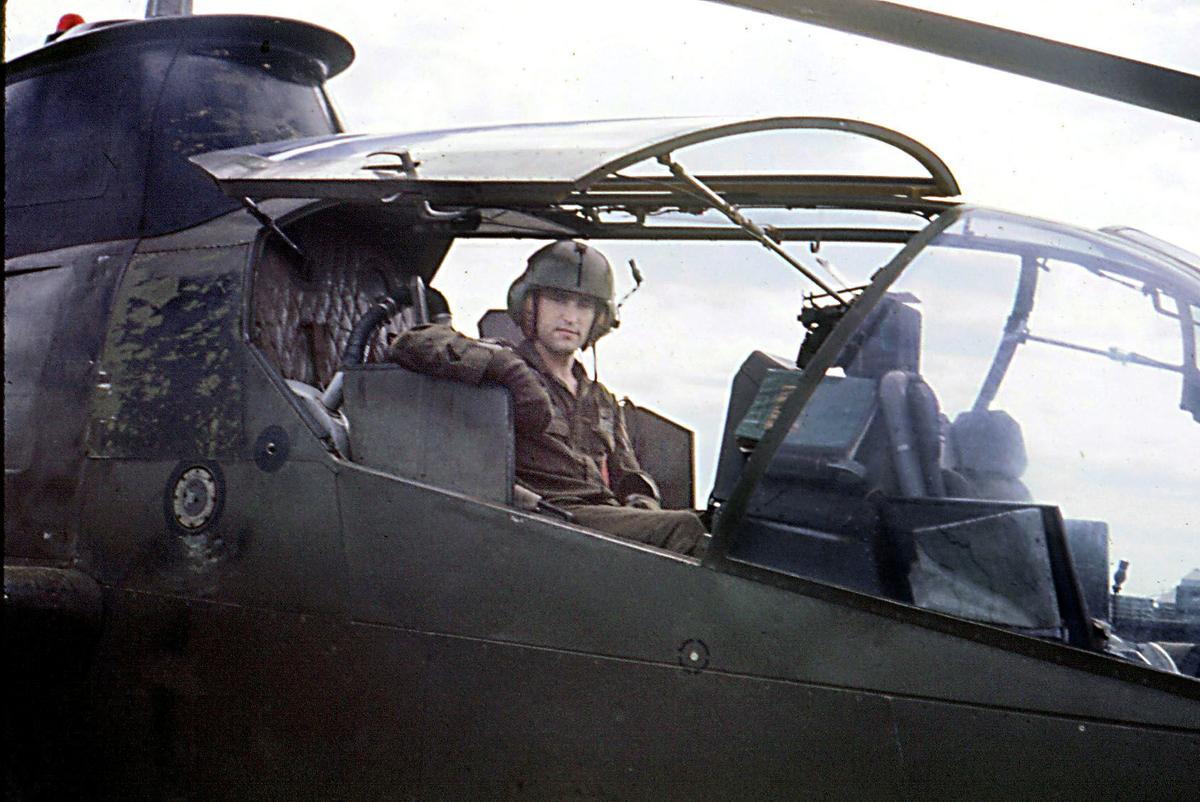 Neillsville native Al Ludwig is shown sitting in a helicopter he flew for the U.S. Army during the Vietnam War. 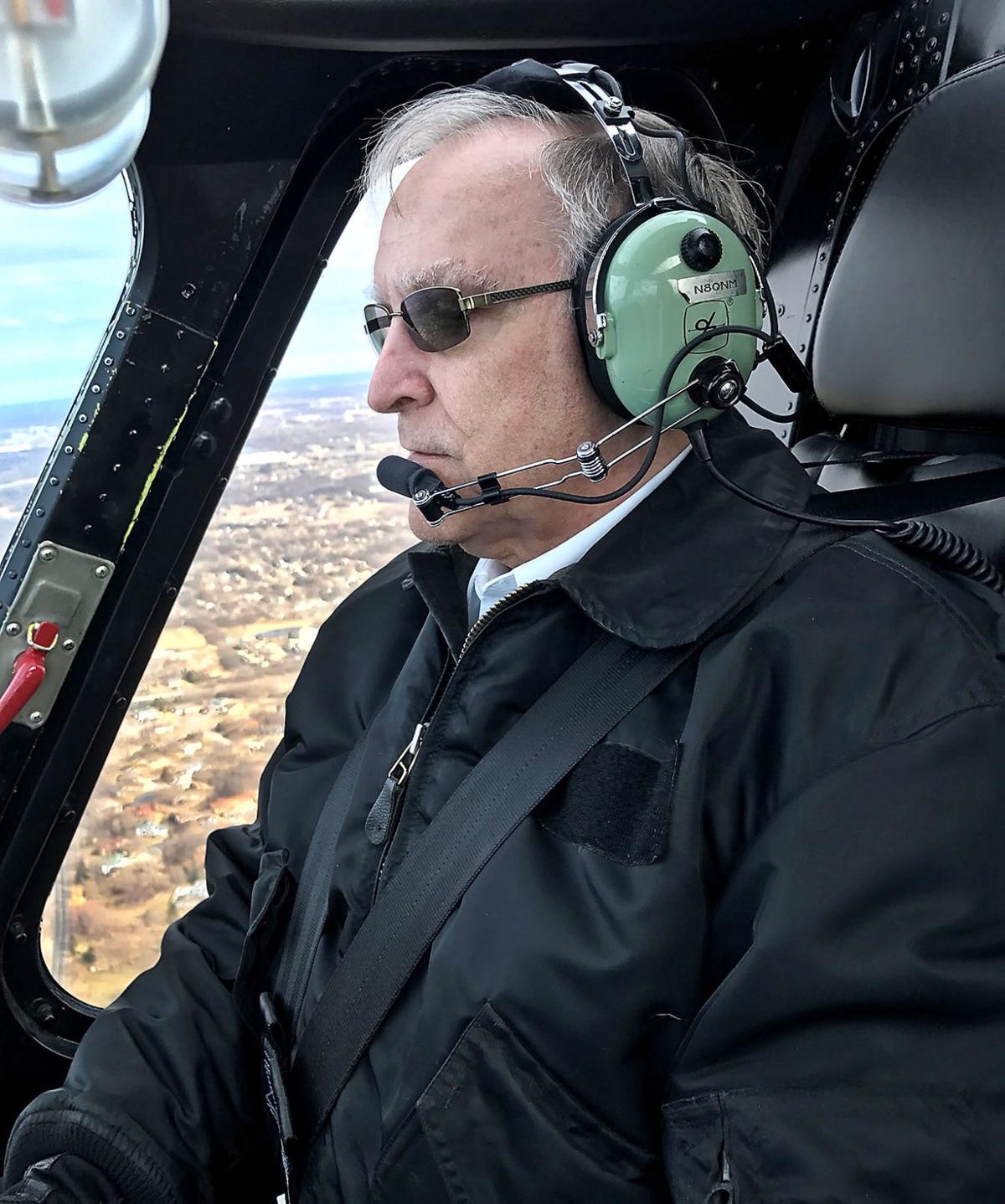 Al Ludwig of Eau Claire recently was awarded the Wright Brothers Master Pilot Award from the Federal Aviation Administration after flying aircraft for more than 50 years. He spent much of his career flying helicopters for the U.S. Army and for North Memorial Health Care in the Twin Cities.

Neillsville native Al Ludwig is shown sitting in a helicopter he flew for the U.S. Army during the Vietnam War.

EAU CLAIRE — Al Ludwig took his first flight at age 12, with his younger brother on his lap, in a small Piper Cub airplane owned by a family friend.

“I just loved it. I loved being able to see everything from the air,” Ludwig said.

It was an experience that helped set the flight path for a life that included more than 10,000 hours, or 416 days, soaring through the sky.

Ludwig, 73, who moved to Eau Claire a decade ago, recently received the Wright Brothers Master Pilot Award, considered the most prestigious honor the Federal Aviation Administration issues to pilots.

The award recognizes individuals who have exhibited professionalism, skill and aviation expertise for at least 50 years while piloting aircraft as master pilots.

“Al has seen a lot of changes in aviation and really contributed to the safety improvements in aviation in his career,” said Christine Fiero, general manager of the FAA’s flight standards district office in Minneapolis, during Ludwig’s virtual award ceremony.

Fiero also highlighted how Ludwig consistently took on leadership and instructional roles in addition to his pilot duties throughout his career.

Ludwig, who grew up in Neillsville, set his sights on flying after taking a short lesson at the former Gibson Aviation facility at Chippewa Valley Regional Airport while he was a student at UW-Eau Claire.

The pursuit of that dream took off at a career day event, where he spoke to U.S. Air Force and Navy recruiters about the possibility of flying jets. Though his test scores were strong, the recruiters told him he had to finish college first.

But Ludwig was tired of school and ready to start flying.

Ludwig’s next stop was an Army recruiting booth, where he was told helicopter pilots were needed and candidates didn’t have to complete college to start. That’s all Ludwig needed to hear.

He promptly enlisted and served a one-year tour as an attack helicopter pilot during the Vietnam War, where enemy forces fired bullets and tracers at him all the time. He was over Laos when his helicopter was damaged badly enough that he was forced to make an emergency landing in a clearing, call “mayday” and hope that rescuers would arrive before enemy troops with other intentions.

As he awaited rescue, Ludwig feared the worst when he saw a unit of soldiers emerge from the surrounding jungle.

“I thought that was it. I thought I would be killed or taken prisoner of war,” Ludwig recalled.

But to his great relief, the troops turned out to be South Vietnamese allies who gave him a friendly wave as they marched past his downed helicopter. Ludwig’s medevac aircraft arrived a few minutes later, and he returned to his unit and continued to fly.

“It was just part of life over there. You didn’t think about it,” said Ludwig, who to this day endures occasional nightmares related to his Vietnam service.

Ludwig’s passion for flight, however, was undeterred. He became a military flight instructor in 1972 during a 10-year stint with the Army and continued to carry out that function for the Army Reserve, the University of North Dakota and the Minnesota State Patrol.

When he eventually grew tired of just watching other people fly, Ludwig became an EMS helicopter pilot for 19 years, working for Life Link III and later for North Memorial Health Care in Robbinsdale, Minnesota, including a decade as chief pilot. He retired as a full-time pilot in 2011, although he continued part time consulting until 2020.

Ludwig said whatever aircraft he was flying felt like it became part of him.

“I could make it do whatever I wanted it to do,” he said. “Not a lot of people can do that.”

Still, in a career that included more than 10,000 flights, Ludwig recalled some unsettling moments, including times he flew around thunderstorms, worried about running out of gas or made emergency landings after one of the engines on his twin-engine helicopters failed.

Ludwig also served for decades as a flight instructor and instrument instructor for both helicopters and airplanes, a role in which he became recognized as a mentor of mentors, according to former colleagues speaking at his award ceremony.

Though Ludwig no longer flies, he still fulfills his love of flying by using his remote pilot certificate to operate his drone.

Asked which was his favorite, Ludwig laughed and said, “The one that I was flying at the time.”