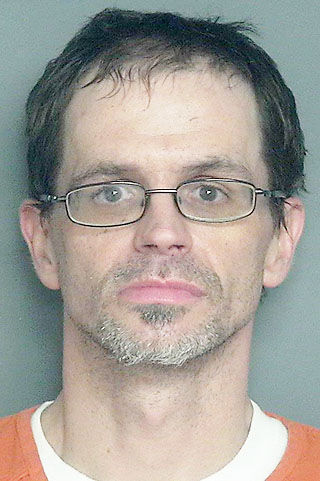 EAU CLAIRE — An Eau Claire man will spend 90 days in jail for leading deputies on a high-speed chase on Eau Claire’s east side before wrecking his car and trying to flee police on foot through backyards in a neighborhood.

Felony counts of second-degree recklessly endangering safety and uttering a forgery, and misdemeanor counts of resisting an officer, operating after revocation, possession of drug paraphernalia and possession of a controlled substance were dismissed.

Judge Michael Schumacher placed Anderson on three years of probation and fined him $3,335. His driver’s license was revoked for two years.

As conditions of probation, Anderson must maintain absolute sobriety and undergo an alcohol and drug assessment. Anderson must participate in treatment court and have no contact with known drug dealers or users.

An Eau Claire County sheriff’s deputy tried to stop a Buick SUV in the parking lot of Tobacco Outlet on Birch Street at 7:50 p.m. on Dec. 22 because the vehicle did not match its license plate. The SUV then drove through the parking lot, hopped over a curb and sped off on Gala Street.

The SUV’s driver led two deputies on a chase reaching speeds of up to 90 mph on streets including McKinley Avenue, Highclere Drive, Seymour Road and Birch Street.

During the chase, the SUV driver ignored multiple stop signs and traffic signals.

When the Buick attempted to round the curve at Birch and Germania streets, the driver lost control of it, running it up onto a concrete median and stopping partially in the roadway.

The driver fled, climbing over a chain link fence and running through backyards before tripping over a playset.

Deputies took the man into custody and searched him, recovering a wallet with an ID card and confirming Anderson’s identity. In his jacket pockets, deputies found small bags containing what later tested positive as marijuana and methamphetamine.

A butane lighter and a glass pipe with what officers found to be methamphetamine residue in it were also found in his pockets.

Xanax pills in baggies also were found in his jacket. In Anderson’s wallet, deputies found some real cash and three fake $20 bills.

Deputies noted that Anderson was sweating profusely when he was placed in the back of a squad car even though he’d only run a short distance in cold weather.

Based on his erratic driving, heavy sweating and the drug paraphernalia found on him, deputies believed that Anderson was under the influence of meth during the chase.

Anderson agreed to give a blood sample at an Eau Claire hospital.

While processing evidence seized from Anderson, a deputy saw a new message from a person he believed was trying to obtain drugs from the defendant.