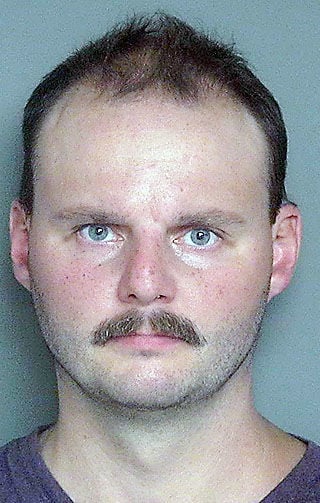 EAU CLAIRE — An Eau Claire man will spend at least 11 months in jail for severely injuring a motorcyclist while driving drunk.

Kevin J. Lorenze, 32, 521 Gray St., pleaded no contest Thursday in Eau Claire County Court to a felony count of injury by intoxicated use of a vehicle.

Judge Michael Schumacher placed Lorenze on three years of probation, fined him $1,515 and gave him the option of spending one year in jail or 11 months in jail and performing 240 hours of community service.

As conditions of probation, Lorenze cannot drink alcohol or enter taverns. His driver’s license was also revoked for three years.

Eau Claire police officers responded to a car and motorcycle crash Saturday, July 25, at the North Crossing and U.S. 53.

Officers arrived to find the motorcyclist severely injured. He was bleeding from a significant head wound.

The motorcyclist also had labored breathing.

Lorenze appeared to be shaken up by the incident when he spoke to officers.

Lorenze said he was westbound on the North Crossing and in the left turn lane for U.S. 53.

Lorenze said he had a green arrow and turned left. As he turned, he said, he collided with the motorcycle.

Lorenze’s speech was slow and he appeared tired. His eyes were glassy.

Officers found a can of Twisted Tee in the passenger seat of Lorenze’s vehicle.

An officer transported Lorenze to Mayo Clinic Health System in Eau Claire to perform field sobriety tests, which he failed.

While traveling to the hospital, the officer smelled an odor of intoxicants coming from Lorenze.

The officer arrested Lorenze for drunken driving and got a sample of his blood.

Lorenze was previously convicted of drunken driving in August 2011 in Eau Claire County.

Lorenze was free on a signature bond for a pending misdemeanor case in Eau Claire County, where he was charged drunken driving and resisting an officer.

As a condition of bond, Lorenze was prohibited from drinking or possessing alcohol.