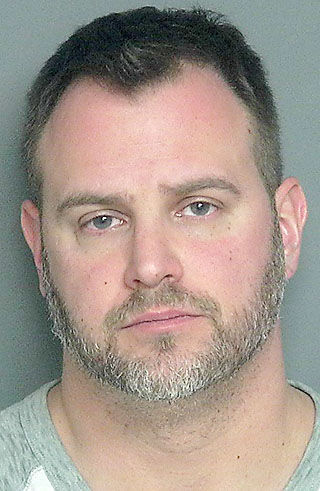 EAU CLAIRE — An Eau Claire man accused of bringing a 13-year-old girl to his house for a sleepover and sexual contact will spend four years in prison.

Todd E. Paulus IV, 41, 2307 Cleveland St., was sentenced in Eau Claire County Court to a felony count of child enticement. Paulus was convicted by a jury in September. The jury acquitted Paulus of a felony count of sexual assault of a child under age 16.

As conditions of supervision, Paulus cannot have contact with the victim or unapproved contact with children other than his own. He cannot drink alcohol or enter taverns. Paulus must also register as a sex offender for 15 years and undergo any recommended treatment or counseling.

The girl said Paulus told her if there was ever a time she just needed to get away, she could come over to his house. He picked her up a block away from her house and drove to his residence.

Paulus told the girl she couldn’t tell anyone and that this was “their own little world.”

Paulus told police he had given the girl a phone because she was depressed and needed a friend. He admitted he realized he should not have done that without checking with her father first, but he wanted to be that friend and be there for her.

Prior to Dec. 28, 2018, Paulus said the girl came to his house once to hang out and play video games, and a second time to babysit.

Paulus said he offered the girl a safe haven because she was not comfortable at home and scared. He said the girl was always welcome at his home. He was trying to be a friend because it seemed like she didn’t have any friends.

When Paulus picked the girl up on Dec. 28, 2018, he said he asked if she could sleep over. He said he told her the girl’s father needed to be OK with it and she said he was.

Paulus admitted that the girl probably lied to her father.

He said he did not talk to her father. In hindsight, Paulus said, he probably should have talked to him.